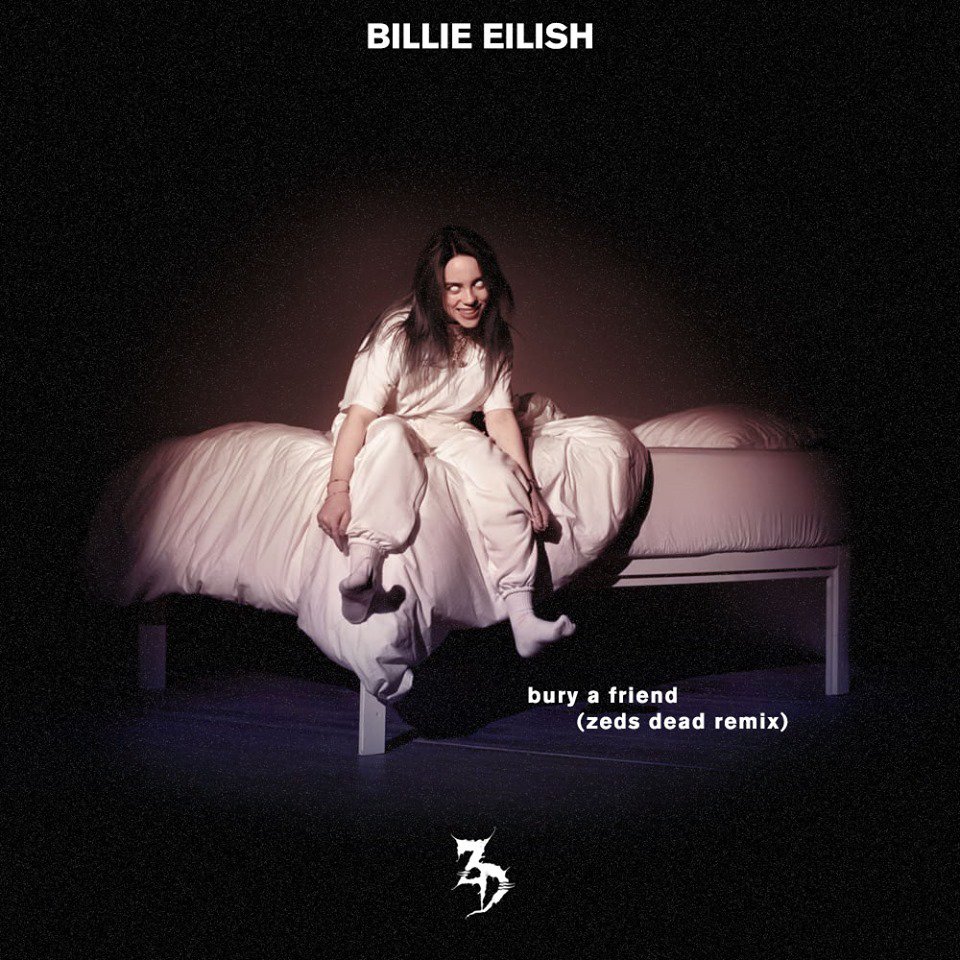 Zeds Dead made a name for themselves in 2010-2013 by being an unstoppable force of innovative bass, through both remixes and originals. Aside from their collaborative work with Omar Linx, the two Canadian bass producers created a number of remixes that were wholly unique to their sound: “Don’t Let Me Be Misunderstood” by Nina Simone, “Gimme Shelter” by The Rolling Stones, “Paradise Circus” by Massive Attack, “Volcano” by Dragonette, and of course, “Eyes On Fire” by Blue Foundation.

Over the years, their sound has changed slightly. They’ve explored more avenues in bass music while still keeping their same identity, but it’s impossible to say that it hasn’t evolved. But with their new remix of “Bury A Friend” by Billie Eilish, I feel that same excitement I did nearly a decade ago when I first discovered my love of Zeds Dead.

And that’s not really a surprise, either. Dave Grohl compared Billie’s influence on her fans now to that of Nirvana’s in 1991 — that Zeds Dead would add her to their catalogue of remixes along with Massive Attack, Rolling Stones, and Nina Simone makes perfect sense.

The remix is dark and sultry, but not ever overpowering. The bass notes keep you in the moment, remembering at all times, “This is Zeds Dead.” But best of all, Billie’s vocals are left nearly entirely intact. It’s a testament to her own skill as a vocalist, but also Zeds Dead’s instinct as producers.

Like anything else involving Billie Eilish, this remix will probably go down as a classic in Zeds Dead’s discography when all is said and done. Check it out below.

Quote of the Day
Mohandas Gandhi
Be the change that you want to see in the world.
Ashburn