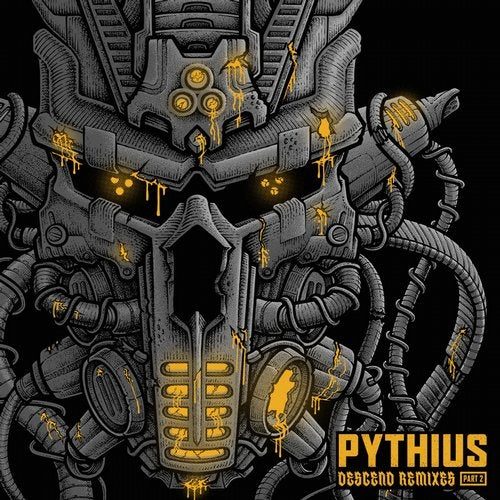 Actually, what came out this week without not nearly enough fanfare was part 2 of the Pythius Descend remix album. Part 1 was released in April and it was a massive compilation in its own right, with remixes from Synergy, Gydra, Mindscape and Merikan. Part 2 is similarly stacked with remixes of more Pythius classics like “Sovereign” by Neonlight and “Akkoord” feat. June Miller remixed by Redpill.

Like part 1, the remix pairings on part 2 of the Descend remixes are a mixed bag. Pythius seems to have a knack for choosing artists to remix his tunes who may be a bit unexpected for his style but that shows he’s open to lots of interpretation and diversity of sound. The biggest wild card, however, is the remix of “Until the World Burns Down” feat. Voicians. John B remixing a Pythius song? Well, A. why not? and B. It makes complete sense if you remember the original.

The original mix of “Until the World Burns Down” was a surprising, bordering on shocking offering on the Descend album: it was done at 160 with a heavy, 80s-style synth, a straight beat and melodic vocals. Pythius was playing around with synths and tempo long before the current trend in D&B, and so was Johm B (actually John B was experimenting with such elements before he was even called John B), so it makes perfect sense.

John B kept the main stems of the original track more or less intact for his version of “Until the World Burns Down” but he punched it back up to 174 as well as adding in even more melodic synths at the intro and breaks. Now the track not only has that beautiful and unique synth/vox pairing but it also really rolls for dancefloor purposes. You can almost picture John B playing this track in one of his super high-energy sets and the place just going nuts (or perhaps you’ve already experienced it, in which case the rest of us are jealous).

The story of John B on a Blackout release is not so unexpected after all: Pythius, Blackout and Mr. B are all innovators in D&B and and in this genre substance always wins out over subgenre. We’re sure glad we caught this one; now go stream and cop it.

The Descend Remixes Part 2 is out now on Blackout on Beatport exclusive. Check out the Blackout YouTube page for more remix streams from this album.

By admin 29 mins ago