With rare whisky reaching record prices at auction, Michael Atkinson takes a look at whisky investment and a brief history of ‘Scotch’.

‘The water was not fit to drink. To make it palatable, we had to add whisky. By diligent effort, I learned to like it’. The words and wit of Britain’s wartime Prime Minister, Sir Winston Churchill. Churchill enjoyed a whisky, a trait shared by another British Prime Minister, Baroness Thatcher, who allegedly once declared, ‘you must have whisky to give you energy’ (not a prescription likely to now be found on a doctor’s pad).

Whisky or ‘uisge-beatha’, translated from the Scots Gaelic as ‘water of life’, is the generic term to describe a spirit distilled from malted grain, such as barley, wheat, rye or corn. Whisky can come in many forms – American whiskey, Canadian whisky, Irish whiskey, Japanese whisky… but Churchill and Thatcher weren’t drinking whisky from across the water, they were, of course, indulging in Scotland’s most famous export, Scotch Whisky, a ‘water of life’ worth in excess of £4 billion to the UK in exports each year.

Whilst drinking whisky may be an enjoyable pastime for many, recent years have also seen whisky becoming a ‘passion asset’ (alternative assets that reflect the diverse interests of high net worth individuals such as fine wine, art, classic cars, watches, jewellery and luxury property). The trade in rare whisky and the auction prices for these whiskies have increased so dramatically, that the Knight Frank Luxury Index (KFLI), which tracks the price growth of luxury investment sectors, felt it necessary to add this specific investment area into its quarterly reports for the first time at the start of 2019. Its recent Wealth Report 2020 demonstrates that over the last ten years, Rare Whisky value has grown +564%, far exceeding the ten year dominance that used to be displayed by classic car value growth. In the last year, growth has been +5%. 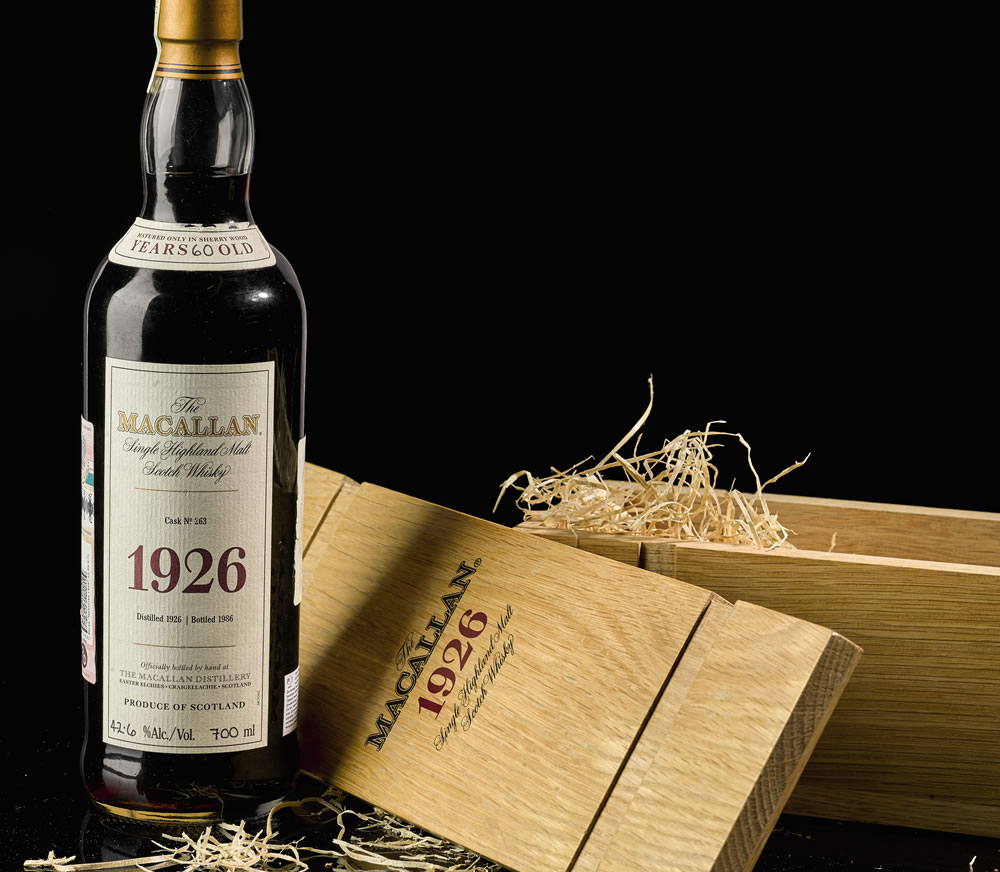 A bottle of Macallan Fine and Rare 60 year old 1926 fetched a hammer price of £1.5 million

The highest value and record setting whiskies traded in recent times have all been ‘Scotch’. So what exactly makes scotch a ‘Scotch’? To be deemed a Scotch, the whisky must meet certain criteria, rules and regulations now enshrined in law by the Scotch Whisky Regulations 2009. Scotch whisky must be made from only three ingredients – water, malted barley (to which only whole grains of other cereals may be added) and yeast. It must be distilled in Scotland and matured in Scotland for a minimum of three years in oak casks and subsequently bottled at a minimum strength of 40% ABV.

In October 2019, a new record was set, when a bottle of Macallan Fine and Rare 60 year old 1926 fetched a hammer price of £1.5 million. Estimated to sell for between £350,000 to £450,000, the bottle far exceeded expectations, creating an electric atmosphere within the auction house. The bottle, sold at Sotheby’s in London by an American private collector as part of ‘The Ultimate Whisky Collection’, was from cask no. 263, which produced only 40 bottles when it was first released in 1986. The £1.5 million for the Macallan bottle contributed to a total auction sale of £7.6 million, Sotheby’s thereby delivering the highest total for any whisky collection ever offered at auction. With pronounced interest from Asia, the collection at auction also featured notable bottles from other famous Scotch whisky brands including Bowmore, Dalmore and Highland Park.

This sale surpassed previous records for a whisky. In 2018, a year prior, a new record to that date also featured a similar Macallan. At a Bonhams sale in Edinburgh, a 1926 60 year old Macallan Valerio Adami bottle sold for close to £900,000. This record didn’t hold for long. Only a month later, another Macallan became the first bottle of whisky to reach an auction price in excess of £1 million. At Christie’s in London, the 60 year old 1926 Macallan, featuring a hand painted bottle design by the artist Michael Dillon, hit a price of £1.2 million. It was described by Christie’s International Director of Wine as a ‘landmark moment’ and worked to confirm ‘the strength of the market for whisky’. 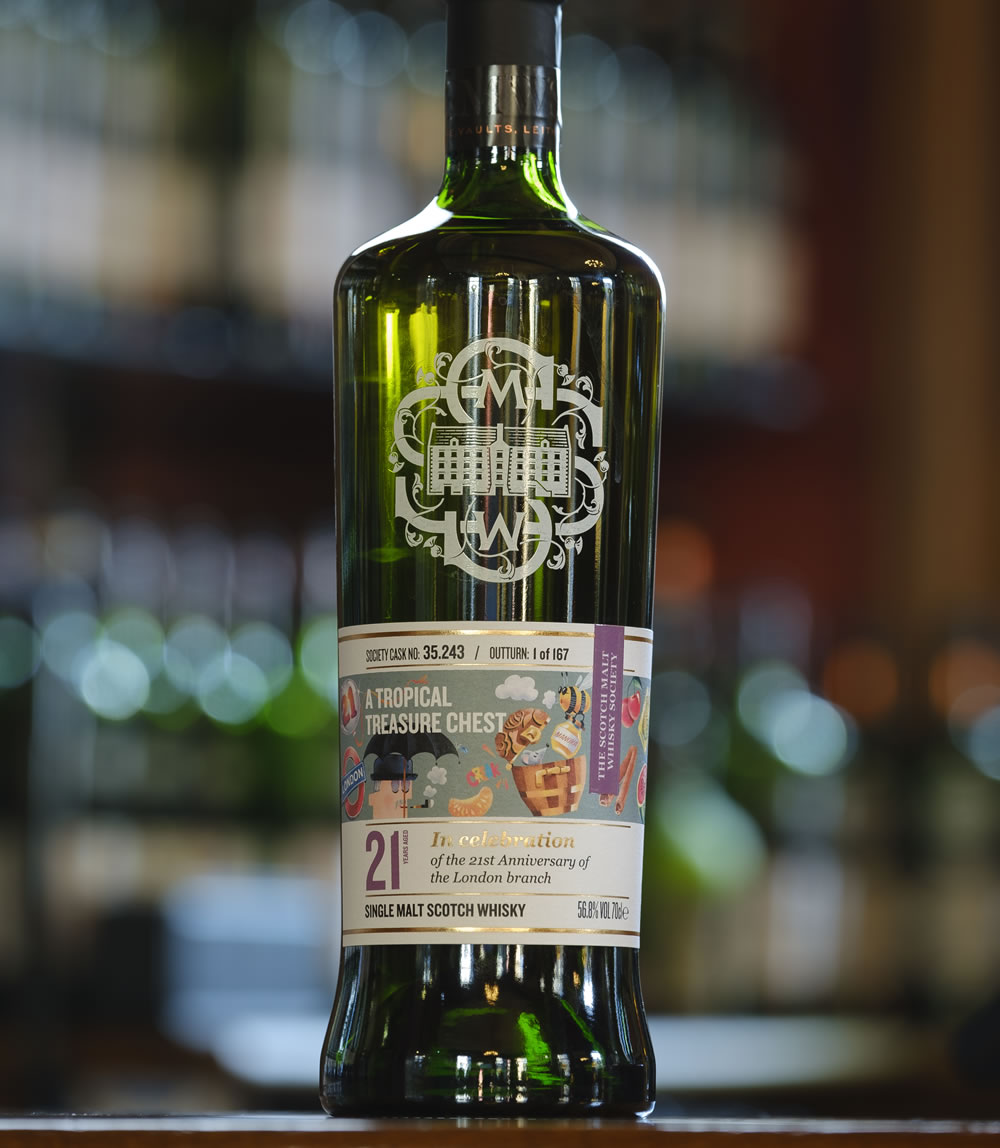 The first written reference to whisky in Scotland appears in the Scottish Exchequer Rolls of 1495. However, its journey to such economic importance for Scotland and the UK and its transformation into a highly sought after passion asset investment class is clouded (much like the head of someone who may have partaken in one dram too many of an evening . . .) Its origins can be broadly traced back to the middle ages, when the technique of distilling reached the coast of Scotland from Irish monasteries. The spirit was initially distilled by monks for the King’s Court. The Dissolution of the Monasteries ultimately resulted in the spread of distilling as many of the monks continued to distil and shared their knowledge with others.

In days of old, whisky was regarded for its medicinal qualities, laying claim to helping to preserve health, the prolongation of life and being the cure for a whole array of illnesses. The distilling of whisky continued to progress at pace and its prolific manufacture eventually resulted in the introduction of taxes by the Scottish Parliament at the end of the 17th Century. Increasing taxation resulted from The Act of Union with England in 1707. The taxes didn’t dampen production, but merely created a burgeoning underworld of illicit distillers. Smuggling became common practice and allegedly even involved those of the cloth, some of whom it was rumoured permitted storage of the illicit, but sought-after liquid, under pulpits. It has also been reported that coffins were occasionally used a method of transportation to avoid the excisemen.

By the 1820s, it is estimated that over half of the whisky consumed in Scotland was illicit. 14,000 illicit stills were being confiscated every year and the extent to which the illicit production of whisky had grown eventually prompted action. The Duke of Gordon, on whose land illicit production was taking place, proposed in the House of Lords that the Government should make it profitable to produce whisky legally. In 1823, the Excise Act was subsequently passed – it permitted the distilling of whisky in return for a licence fee of £10 and a set payment per gallon of proof spirit. George Smith of Glenlivet was the first to accept this legislation in 1824 and was followed by William Matheson of Glenmorangie in 1843. The Glenlivet and Glenmorangie remain today two of the top single malt whiskies. 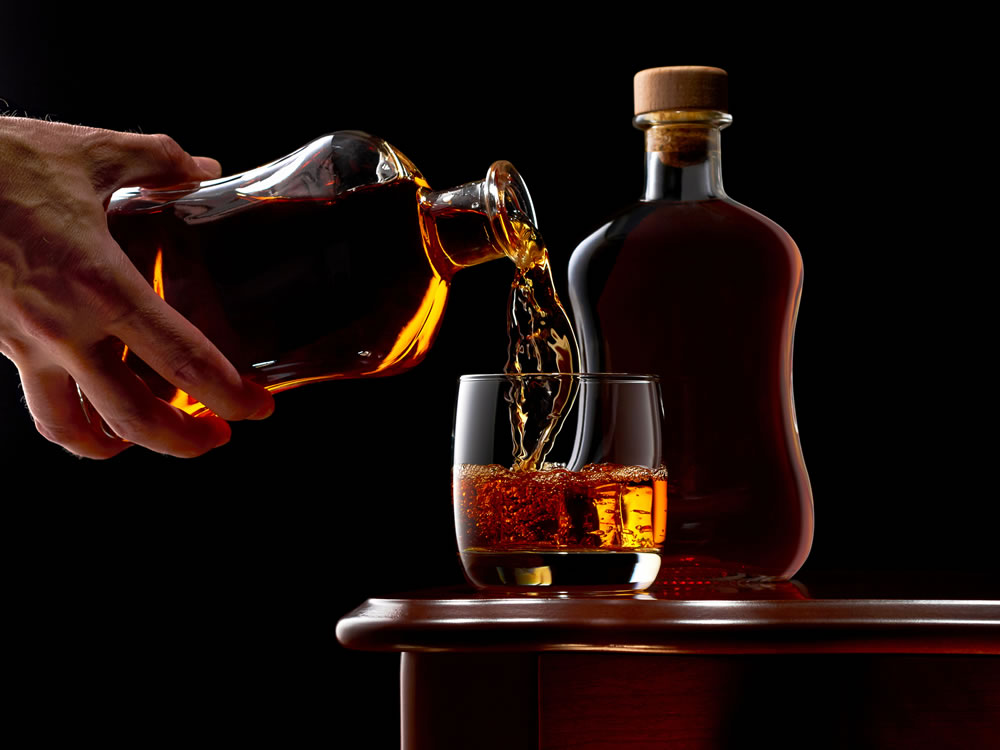 Illicit production rapidly declined and a new age of whisky creation in Scotland began, including the production of grain whisky, following the invention in 1831 by Aeneas Coffey of the ‘Coffey Still’ which enabled a continuous process of distillation to take place. The creation of grain whisky resulted in the establishment of blended scotch, an assemblage of grain and malt whisky which appealed to a wider audience. The French helped to popularise scotch when in the 1880s, the phylloxera beetle tore through French vineyards, destroying the crops and resulting in the flow of wine and brandy running dry. The Scots capitalised on the opportunity and scotch became a spirit of choice and a global phenomenon.

There are over 100 distilleries in Scotland producing a magnificent range of beautiful Scotches. Distilleries belong to one of the four traditional whisky regions – the Highlands (which also includes Speyside whiskies), the Lowlands, Campeltown and Islay. Each region tends to produce a particular style of whisky, but all fall into one of five types. 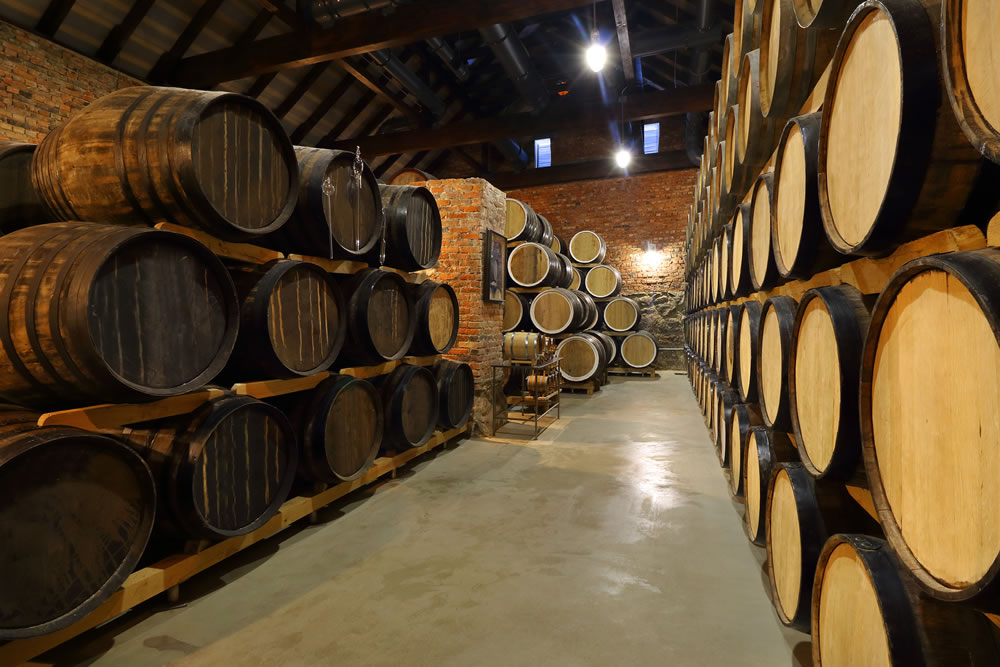 For those wishing to discover Scotch and in particular to experience the taste profiles of single malts at a more modest price range to these recent auction prices, The Scotch Malt Whisky Society (smws.com) is a global membership club which provides access to the world’s largest collection of single malt single cask whiskies. The Scotch Whisky Association (SWA) estimates that some twenty million casks are maturing in Scotland as I write, that 38 bottles of scotch are shipped overseas each second to around two hundred markets worldwide and that over 40,000 jobs across the UK are supported by the industry. Scotch whisky has been on a remarkable journey. Long may it continue.