When conjuring up images of Vietnamese cuisine, one’s taste buds immediately start to tingle, such is the effect of this tasty and varied gastronomy.

Combining a perfect balance of sweet, salty, hot and sour flavours, food from Vietnam is largely brimming with noodles, rice, herbs and fresh vegetables all lending themselves to full and flavoursome dishes. Continually growing in popularity across the globe, this fine food is generally not overly spicy and thus appeals to a wider palate. The distinct cuisine draws influences from Chinese, French and southeast Asian cultures, is diverse throughout the country’s regions and boasts over 500 traditional dishes to choose from.

Some of the more popular dishes include pho; a steaming noodle soup dish usually eaten for breakfast and made with rice noodles, bone broth and fresh herbs, banh mi; a baguette sandwich filled with greens and a choice of pork, beef or pate, and goi cuon; delightful bites of see-through spring rolls bursting with coriander, vegetables, and prawns or pork mince. 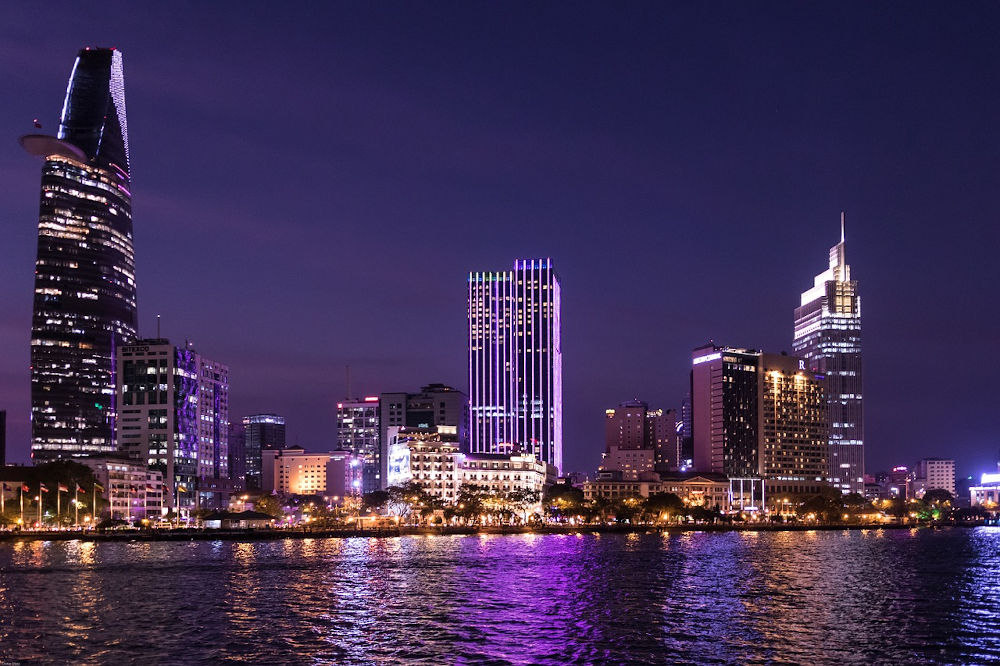 The largest city by population, it is no wonder that there is such a fantastic range of places to dine in Ho Chi Minh

Visitors to the country will know that food is full of the freshest ingredients with most eateries offering street food from busy alleyway locations, and you will certainly enjoy the offerings here, however, the fine dining scene is also on the rise.

Of course, much like anywhere, restaurants aren’t restricted to local fare only and in Vietnam you’ll find a good mix of French eateries alongside those serving traditional Vietnamese foods. Some of the best restaurants are found in and around the three major cities; Ho Chi Minh City (formerly Saigon), the capital, Hanoi, and Da Nang.

If you are unsure of where to start on your culinary tour of the country, it may be a good idea to book a Vietnam luxury package and have your accommodation, some activities and restaurants already planned for you, leaving you plenty of time to seek out those other delightful eateries to tickle your taste buds.

To help you on your way to finding the finest restaurants to fulfil your foodie dreams, we’ve compiled a helpful list of places to dine at so you can enjoy this distinctive and delightful cuisine on your next trip. 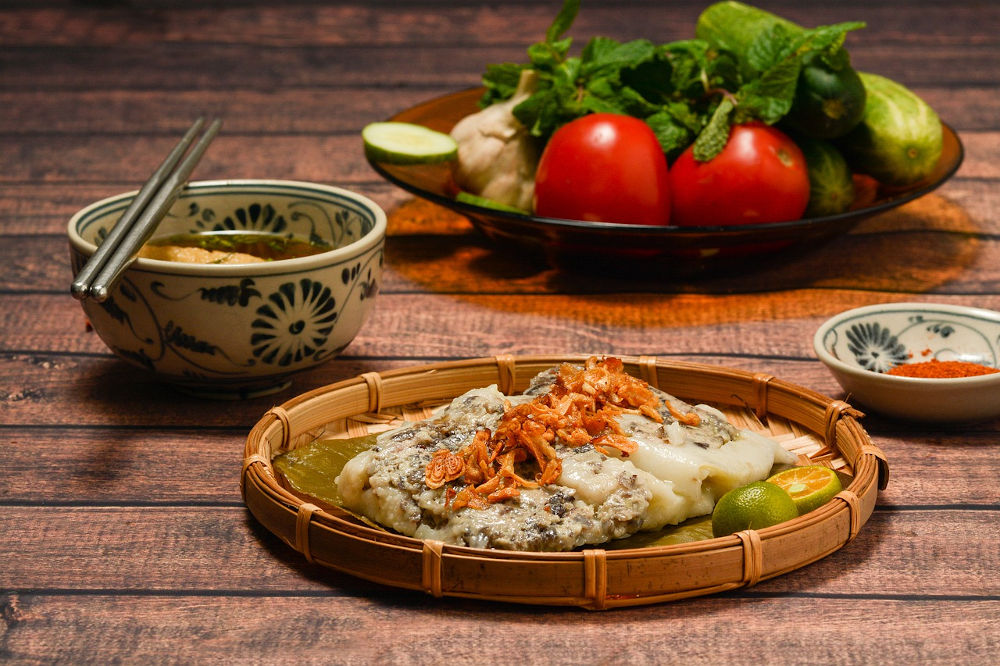 Food from Vietnam is largely brimming with noodles, rice, herbs and fresh vegetables all lending themselves to full and flavoursome dishes

The largest city by population, it is no wonder that there is such a fantastic range of places to dine, there are 8.9 million residents in the city and 21 million people living with the metropolitan area, after all! To give you a taster of the varied types of restaurants and fare being served, head to the highly rated Noir, Dining in the dark. A fun way to dine out, using all senses but your sight, the name of the restaurant is pretty self-explanatory and invites guests to choose between the Asian, western or vegetarian menu, only finding out what they’ve devoured after the event.

La Villa French Restaurant is a high-end and another highly rated offering serving, you guessed it, French cuisine in a very elegant setting complete with paintings, white pillars and chandeliers. You really shouldn’t miss Poke Saigon, a causal and cosy affair offering diners to choose what toppings they want on their Hawaiian poke bowls, and for laid back Vietnamese cuisine, seek out the Secret Garden Restaurant. 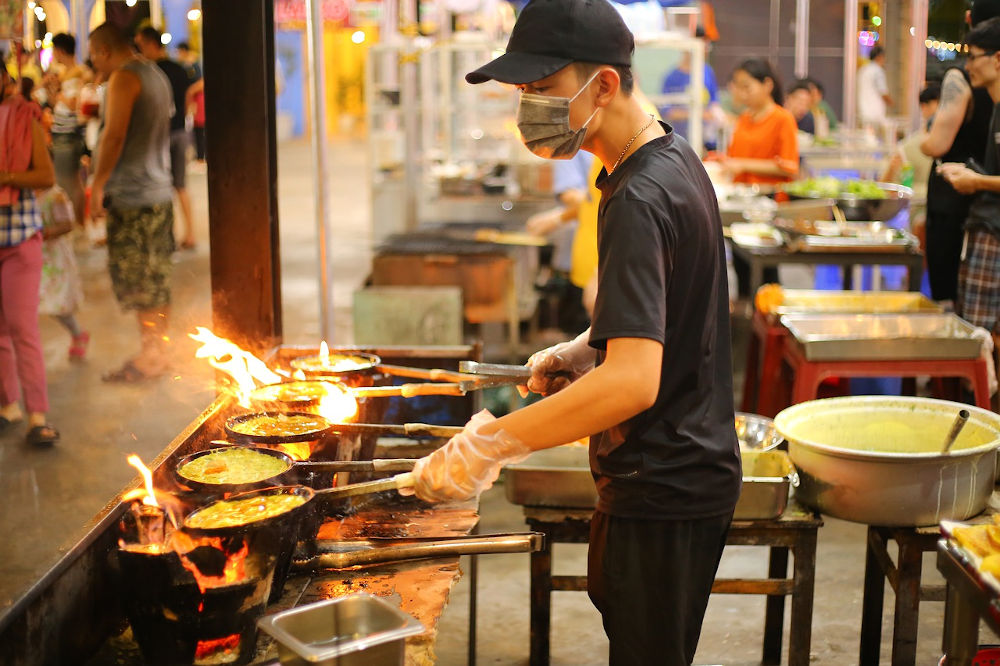 Though this is the second largest city, Hanoi is the capital, hosting 8 million people in the city alongside some glorious eateries. Quan An Ngon has three locations in which to enjoy traditional cuisine, while Lang lieu is another authentic Vietnamese offering bringing diners delights from the north such as grilled beef in a banana leaf, roasted duck and stuffed squid. Duong’s restaurant offers a mix of traditional Vietnamese dishes alongside local and French fusion dishes, while Cloud Nine combines great views with great food. Don’t miss out on fine dining eatery, The Rhythms Restaurant either.

This city lies on the coast of the East Sea and is known for its sandy beaches and history as a French colonial port, so diners should expect some impressive sea views and a good mix of fare. The cuisine of La Maison 1888 describes itself as “French in soul and flavour, tinged by an unmistakeable Vietnamese influence” and boasts a Michelin-starred chef with décor resembling an antique French mansion.

For something entirely different head to Olivia’s Prime Steakhouse to taste the delights from the wood-fired grill or try a range of international and local dishes at Waterfront Da Nang – a restaurant and bar on the banks of the Han River. If you’re desperate to try some spring rolls, pho and banh mi though, Thai Go Danang-style is your best bet.