Restrictions on travel can only really mean one thing for those who don’t usually spend a lot of time on home turf – more time spent planning an array of trips to take post-lockdown. One such place to add to your list should certainly be Valencia. Substantially smaller than popular tourist destinations Madrid and Barcelona, Valencia captures the charm of a small town with the glamour and ambience of a big city.

Spain’s third-largest city is gaining traction in recent years and is quickly becoming more widely acclaimed as a foodie destination, with an impressive assemblage of Michelin stars under its belt. Located on the eastern coast of Spain, Valencia promises blissful Mediterranean climes and atmospheric sunny plazas, read on for our guide for planning the perfect trip to this vibrant city. 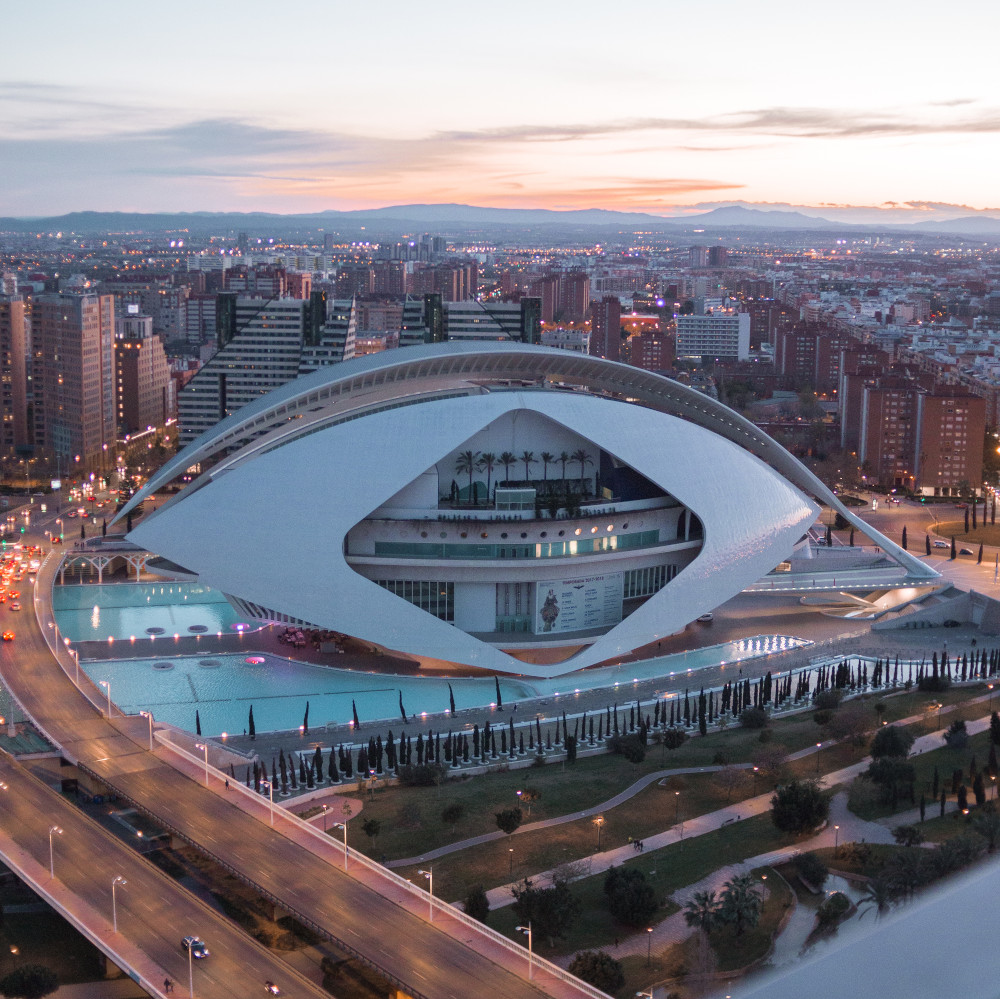 Enjoy panoramic views of the city’s opera house at sunset

The most luxurious option is, undeniably, Hotel Balneario Las Arenas, located on Valencia’s beach front. This is Valencia’s only five-star Grand Luxury hotel and the first grand hotel constructed in the region. The hotel is renowned for its opulent spa and its imposing and grandiose architecture dating back to 1898 and now it makes up part of the association of Leading Hotels of the World. If you are looking for something luxurious but in the heart of the city centre, Hotel Caro is nestled in the streets of Valencia’s historic quarter. This five-star boutique hotel was formerly a palace, boasting a rich history and storytelling of the city’s Arabic roots.

There is no shortage of quality dining in Valencia. For the best in innovation, explore the two-Michelin-star restaurant, Ricard Camarena, the eponymous restaurant of Valencia’s most renowned chef. Here, Camarena experiments with traditional Valencian flavours, offering the most representative ingredients in new and exciting ways. 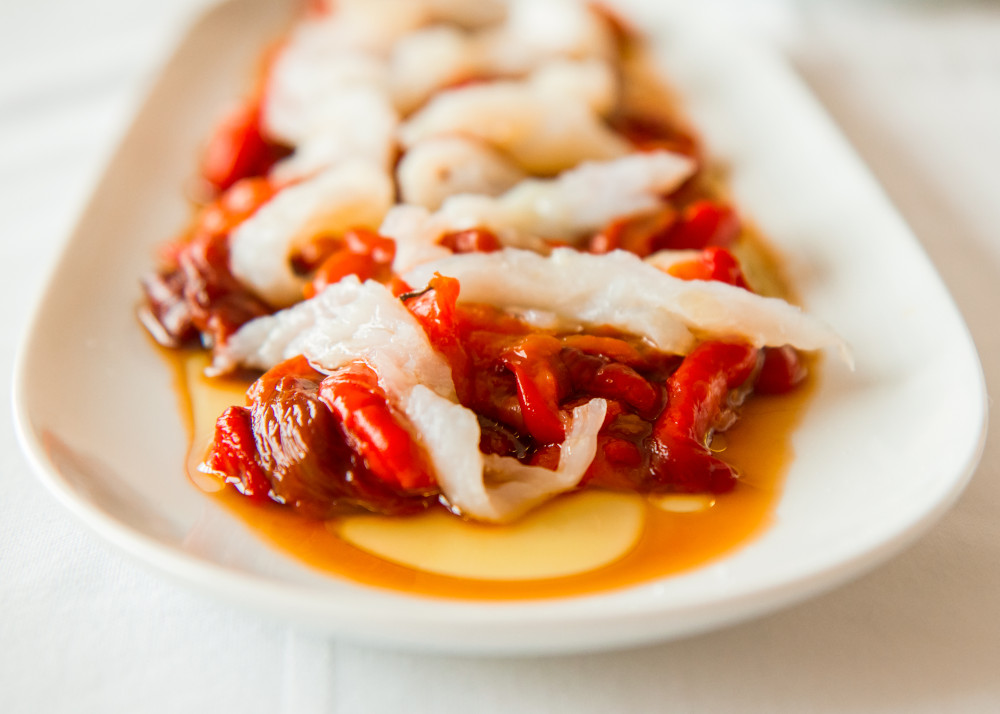 Camarena’s informal restaurant Habitual offers the same sophistication without the Michelin-star price tag. Situated in the iconic Mercado Colón, a renovated art-nouveau market hall, Habitual offers a tasting menu of Camarena’s most recognisable dishes. La Salita, the latest in the string of regional Michelin-star restaurants, is worth exploring. The tasting menu here is a journey of surprising textures and flavours, firmly establishing female chef, Begoña Rodrigo, as a rising star in the culinary world. For restaurants focused on produce, visit Askua to discover the best in quality beef as well as an extensive wine menu offering rare and surprising choices seldom found in Valencia. Their steak tartare is sublime and established itself as one of the best dishes in Spain. Bocamada, located in Valencia’s trendy district of Ruzafa, offers an exceptionally high-quality fish menu. The lubina al sal (salted sea bass) is a must.

There is a clear choice for a post-dinner drink in Valencia and that is Cafe Madrid. This bar was formerly an institution in Valencia when it was first opened in the early twentieth century and claims to have discovered the original recipe for the Agua de Valencia cocktail. The cafe was reopened in 2018 and has quickly regained its reputation as one of Valencia’s most sophisticated and ambient establishments. It is tucked away in the lobby of stunning four-star hotel, Hotel Marqués House. Run by a French sommelier with a seemingly infinite wine cellar, Entrevins is a lesser-known, high calibre wine bar. The extensive wine selection has an international focus with an impressive volume of both Spanish and Valencian wines. 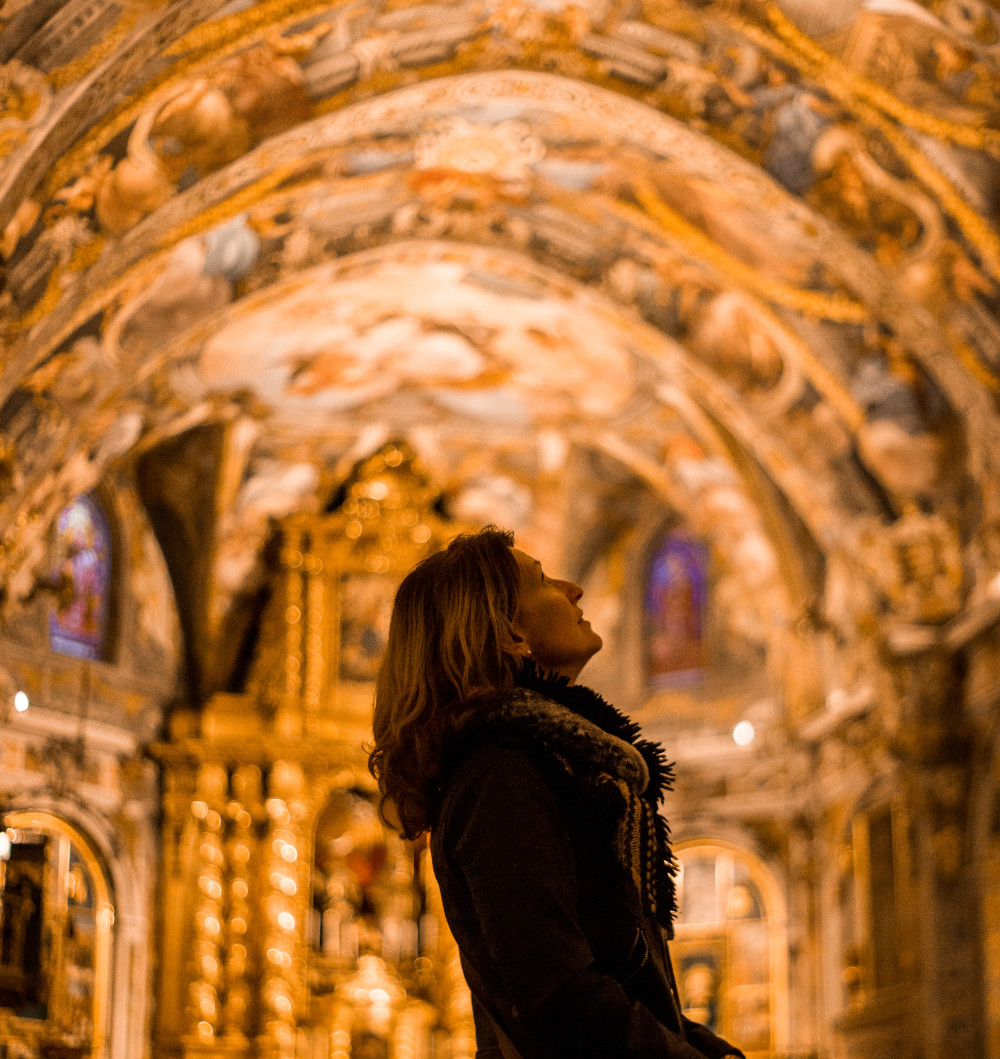 Immersing yourself in the Valencian culture

Valencia seamlessly blends avant-garde modern architecture with world heritage historic buildings, and a trip to the city would be incomplete without seeing its two most valuable assets, the Old Town of Valencia and the City of Arts and Sciences. Explore these two key areas with award-winning tour company, Sea Saffron. This young and dynamic Valencian company has curated private tours and luxury dining experiences to showcase the best of Valencia. Their exclusive four-hour experiences combine guided tours with a specially designed gastronomic experience and wine-tasting in an emblematic venue of the city. Their focus is on providing something authentic and local in an intimate and memorable setting.

Explore the futuristic City of Arts and Sciences before dining at Valencia’s highest private rooftop terrace with panoramic views of the entire city. Or, discover the secrets of Valencia’s Old Town before sipping award-winning regional wines surrounded by the original city walls, which date back to the 11th Century. 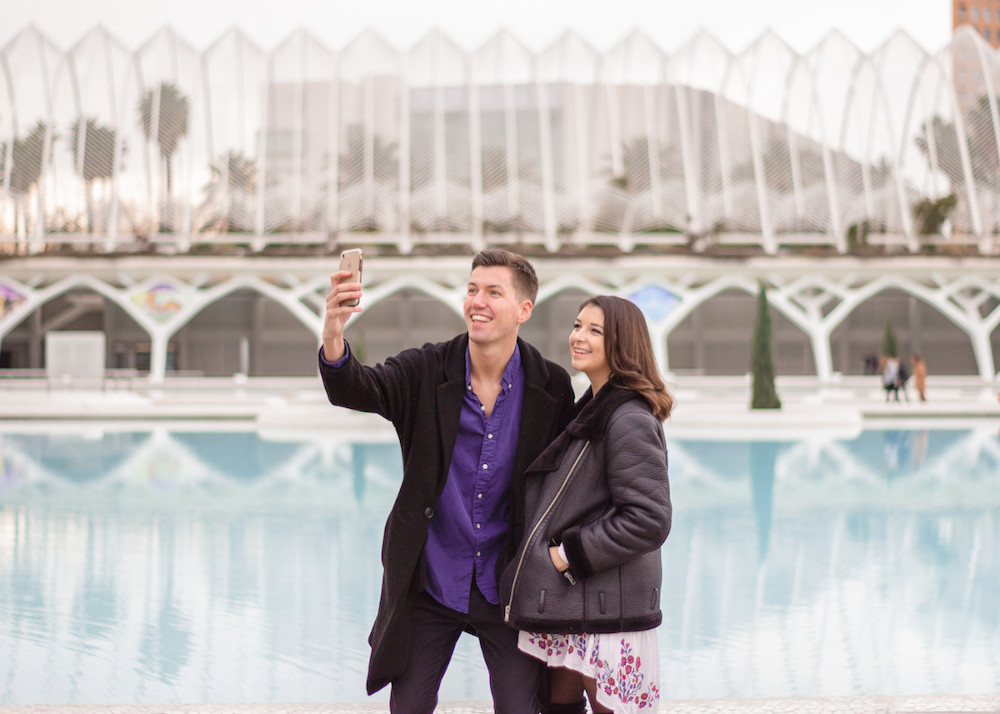 The Palau de Les Arts, aside from demonstrating the architectural prowess of Santiago Calatrava, is a must for opera connoisseurs. This feat of design is recognised as the world’s tallest opera house, standing at 75 metres high. Their eclectic range of opera, dance, theatre and orchestral performances promises an unforgettable evening of culture in a stunning setting.

Valencia is home to internationally acclaimed golf course, the Parador de El Saler. It forms part of the Paradores of Spain, a chain of emblematic hotels in unique locations. Situated a little out of the city, in El Saler natural park, the course frequents the World’s 100 Best Courses list in the prestigious Golf Magazine. The course is known for being challenging, including aspects of trigonometry, to keep the player on their toes. However, it is recognised as much for its aesthetics; the course encompasses different terrains, crossing sand dunes and forests. El Saler is a tranquil microcosm of the Valencian community, known for its wild beaches and rice agriculture.