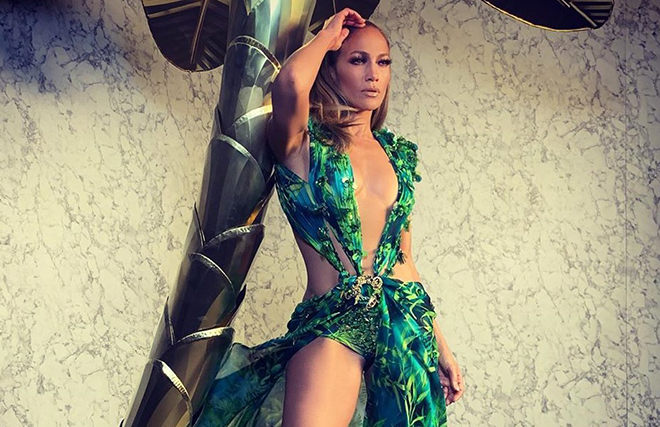 Reminiscent of the green silk chiffon Versace jungle dress worn by Jennifer Lopez at the Grammy Awards in 2000, the Italian luxury fashion house has officially dropped another similarly-printed Squalo sneaker. 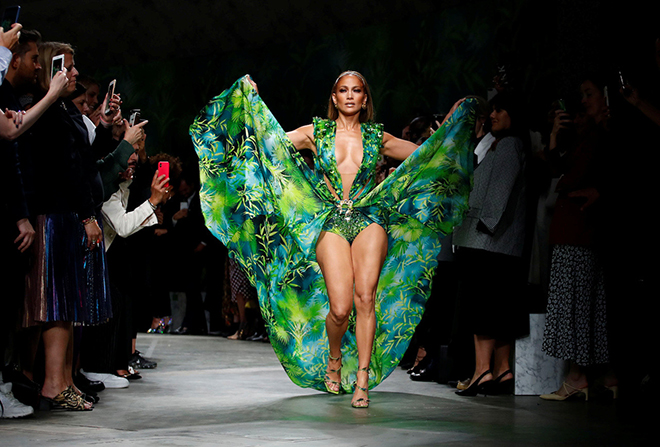 Dubbed many names, yet most commonly referred to as “that dress” – J.Lo’s eleventh hour fashion decision was a game changer, not only in fashion but in technology. Worn in the early days of social media, it was the overwhelming online demand to re-witness the enchanting jungle dress, that inspired the invention of Google Images. 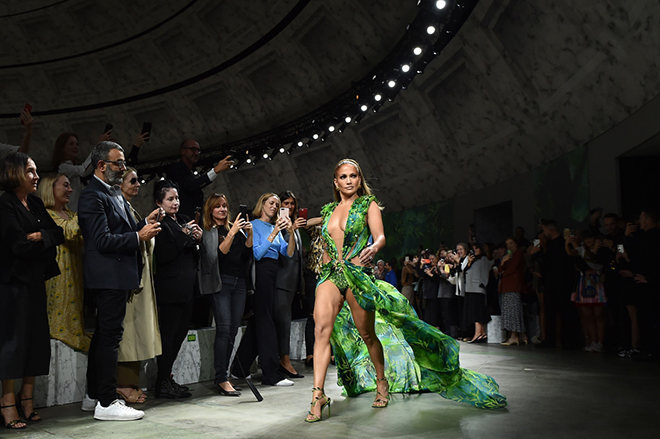 “People wanted more than just text. This first became apparent after the 2000 Grammy Awards, where Jennifer Lopez wore a green dress that, well, caught the world’s attention. At the time, it was the most popular search query we had ever seen. But we had no surefire way of getting users exactly what they wanted: [a photo of] J.Lo wearing that dress.” – former Google CEO Eric Schmidt (2015). 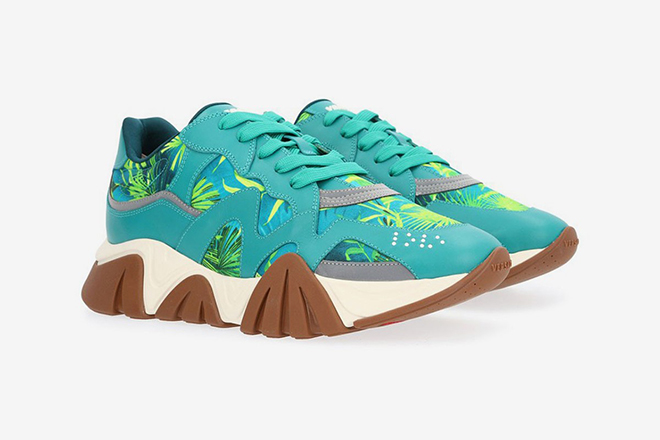 As a truly iconic moment which will forever go down in Grammy, fashion and technological history, it’s no wonder Versace continues to pay homage to the show-stealing, sheer V-neck gown, 20 years later. 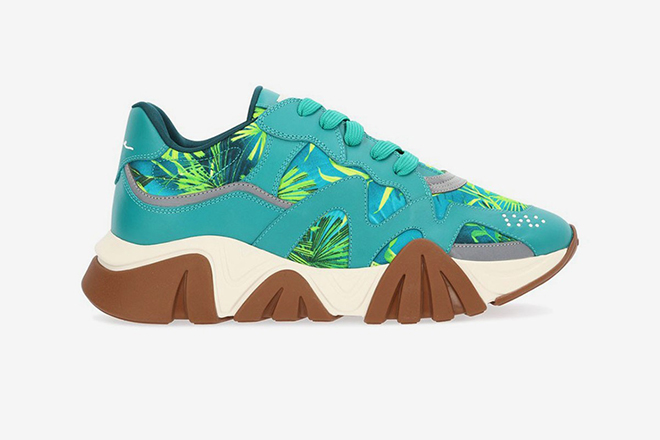 Featuring the print on its entire Spring/Summer 2020 collection, and on the brand’s signature Chain Reaction sneaker, Versace’s latest release references the qualities of a great white shark, as the chunky Squalo silhouette depicts jaws in the form of jagged midsoles, with leather and synthetic paneled uppers in familiar shades of turquoise and green, contrasted by hefty brown and off-white soles.

Adorned with bold Versace logos on the tongue, heel and insoles – the latest Squalo colorway is worth at least USD$960 and is expected to feature in the brand’s latest collection.