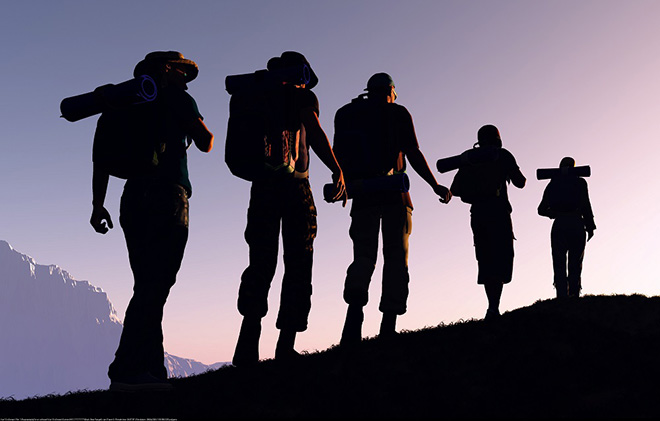 Thanks to the ease of the internet, and the advancement in transportation technology, travelling to regions far beyond our own, with a cohesive plan, has grown increasingly convenient. As such, this curated list hopes to inspire your next vacation in Marrakech, Namibia, Zambia, Cyprus and Dubai. 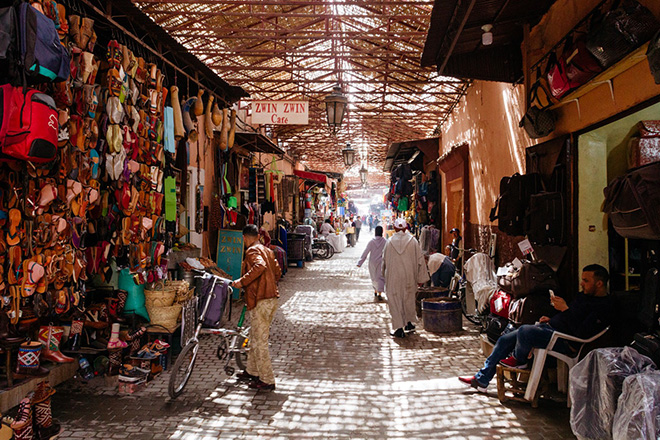 As the fourth largest city in the Kingdom of Morocco, Marrakech was established in 1062 as the imperial capital of the Almoravid Empire. Nicknamed the “Red City”, the area is well-known as a cultural, religious and trading center with a strong Islamic heritage and influence. As a bustling city with an expansive landscape, Marrakech offers a wide variety of both indoor and outdoor activities, ranging anywhere from camel rides, to mountain, valley or desert tours, quad biking, and street food expeditions. 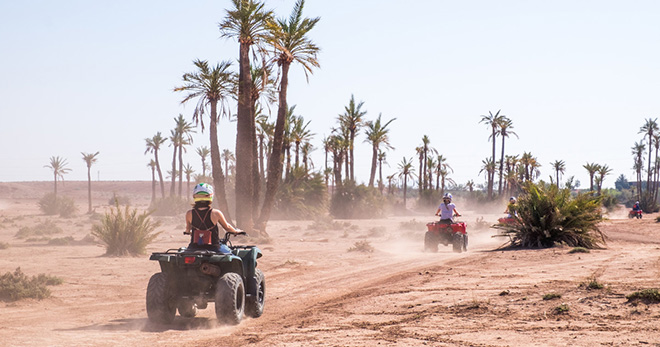 Home to the largest desert in the world, the Marrakech quad biking excursion takes travelers far out from the city’s busy streets and unto the palm grooves, Stone Desert, and Berber countryside. Cross the Tensift river, and pitstop at remote villages for a cup of local mint tea – the majority of Merrakech’s biking excursions last anywhere from a single afternoon up to three days. Back in the city, discover the unique and exotic, sights, scents and flavors through the vibrant street food culture of Marrakech. Get a whiff of the freshest fruit, meat, poultry and vegetables, as you weave your way through the swarming streets locals, tourists and vendors, haggling for a good price. While the sweet-scented local pastries are to die for, try the traditional charcoal-baked tagine, or tangia and kofte served with freshly baked bread. Bordered by the Atlantic Ocean, Zambia and Angola, the independent Republic of Namibia is the driest country in Sub-Saharan Africa, with a population of 2.6 million people. Best known for their agricultural and mining industries, Namibia is a literal gold-mine for diamonds, uranium, silver, base metals, and of course… gold. With little-to-no rain and over 300 days of sunshine in a year, Namibia boasts clement weather with daily temperatures of 24ºC. Spend a day surfing at the Skeleton Coast, locally known as “The Land God Made in Anger” or “The Gates of Hell” – where densely fogged oceans, soft sand, remains from shipwrecks and the former whaling industry, high sand dunes and rocky outcrops reign supreme. Despite its dark history, the coast has proven to be a highly educational and thrilling experience for the many travelers who flock from far and near, to Namibia.

Other must-sees include the Etosha National Park in the nation’s northwestern region. Covering over 4,760 sq km, the park is home to hundreds of mammals, birds and reptiles, including a variety of endangered species such as the black rhinoceros. Located in the Kunene region, the park offers both safari and accommodation packages, ensuring visitors receive the best wildlife experience and sighting. 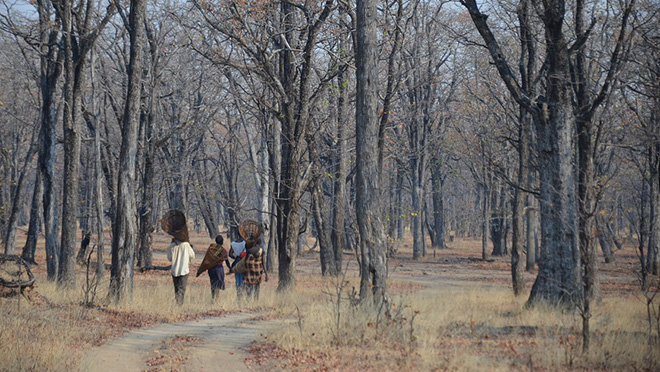 As a landlocked country, nearly as popular as its neighboring nations of Tanzania and Botswana, Zambia is a significantly more expensive venture. Despite its questionable transportation system and pricey travel packages, the country is revered for the Victoria Falls and South Luangwa National Park. 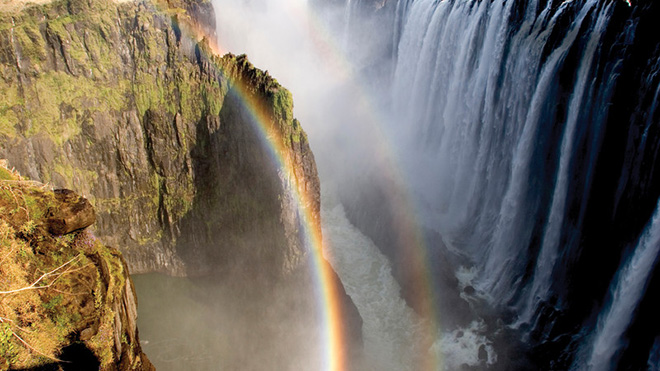 Presenting the most spectacular and awe-inspiring sights of beauty and grandeur, the iconic Victoria Falls rests along the Zambezi River, and is locally known as ‘Mosi-oa-Tunya’ – ‘The Smoke that Thunders’. Regarded as the greatest curtain of falling water in the world, the enormous Victoria Falls is visible from miles away, and under any circumstance. With over five hundred million cubic meters of water plummeting over the edge, every minute – the waterfall spans nearly two kilometers wide and gorges over one hundred meters below. 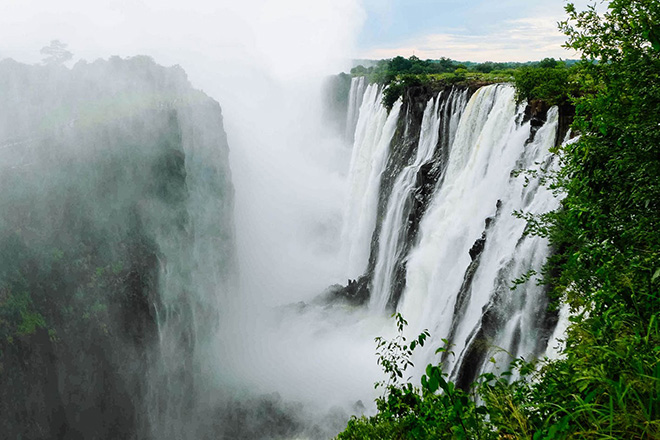 Surrounded by a mist-soaked rainforest, pathways allow travelers an up-close-and-personal view of the extravagant natural display – provided you’re okay with getting a little wet. 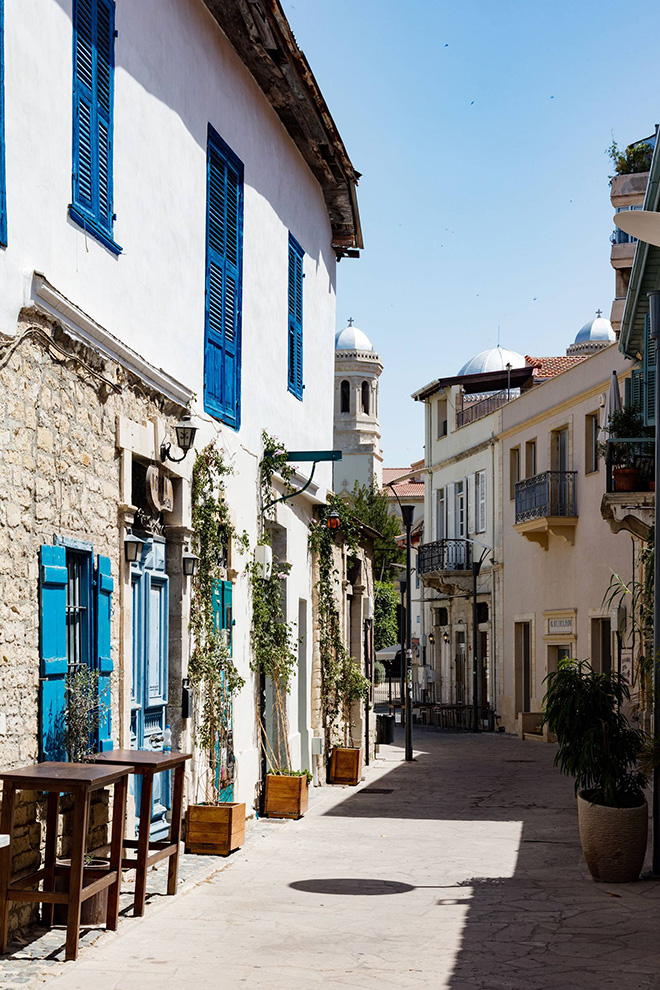 The eastern Mediterranean, island country known as the Republic of Cyprus is the third-largest and third-most populous nation in the region. With a history of Assyrian, Egyptian and Persian ruling and influence, Cyprus is an architectural and beach wonderland. 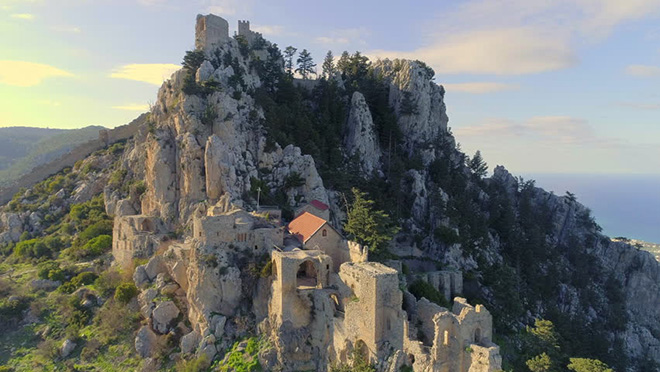 Whether you’re venturing out unto the Five Finger Mountains, or exploring the 13th century Bellapais Abbey, Cyprus is littered with extraordinary sights including, the nation’s best preserved ruin – the Saint Hilarion Castle. Built atop a hillside in the 4th century for hermitage, the Saint Hilarion Castle now connects the nation’s capital of Nicosia with its northern ports. Providing an impressive view of the city and the Mediterranean, the castle is currently open to the public with the option of guided tours. Home to the world’s second tallest tower, Dubai is known to be the epitome of luxury, with a multitude of designer retailers, ultramodern architecture and a boisterous nightlife scene. 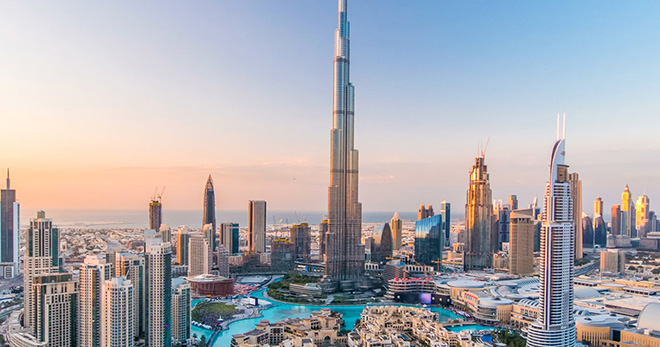 Towering 828 meters high, the Burj Khalifa is hard to miss. Designed to be a centrepiece for a larger-scale, mixed-use development, the skyscraper represents Dubai’s efforts to diversify its economy. Brimming with hotel and residential apartments, the Burj Khalifa features a total of 57 elevators and eight escalators across its central core and numerous wings. Built amidst a popular shopping district, the building is surrounded by a series of malls, condominiums and hotels. While some travellers yearn to escape the overrated glitz and glamour of city life, Dubai’s lesser known areas are filled with rich heritage and tradition. Visit the Bani Yas tribe’s original dwelling, on a saltwater estuary known as the Creek. Once a vital part of Dubai’s pearl diving and fishing economy, the Creek is home to the national museum, as well as, labyrinthine alleyways of gold, spice and textile souks.