Urban Decay Stoned Vibes Eyeshadow Palette contains two matte eyeshadows (and Antidote is not the same as the Antidote released previously!), one semi-matte (Good Karma) eyeshadow, one satin eyeshadow (Third Eye), and then eight shimmery eyeshadows. The shimmery eyeshadows–that look speckled in the pans–have a very different application method ascribed to them than most UD eyeshadows.

Per the brand, you are supposed to “build up color payoff” by using your finger and you can use the “fluffy end” of the included-brush to “diffuse and blend” for a “seamless application.” They are similar to the kind of finish Huda Beauty New Nudes and Ciate Marbled Metals both have, which is effectively at least two different colors marbled together that mix to create a different shade than seen. Products like Hourglass Scattered Lights, Tarte Chrome Paints, Marc Jacobs See-quins, etc. have a similar feel and texture but are less distinctively mixed.

Urban Decay continues to release disappointing product after disappointing product with a launch of one of the worst marbleized formulas I’ve tried. The texture was drier for half the shades, and to mix these, you really need that extra slip and creaminess. They had a ton of fallout–used with fingertips!–and uneven coverage. They lacked dimension; I’ve seen better dimension and shift from Urban Decay’s standard, powder formula. I’d rather have seen eight regular duochrome eyeshadows, which would have been more versatile, easier to use, less problematic in application, and longer-wearing. Or I could just use Urban Decay’s own Moondusts with a dampened brush/tacky base and get more sparkle and dimension.

The only remarkable part about the new, marbleized formula is that they do have a wetter look applied with fingertips than most metallic eyeshadows have applied dry, though one could simply apply with fingertips and/or a dampened brush to achieve a wetter look. The more matte shades were thinner, powdery, and sheerer, which made them harder to incorporate with the thicker, chunkier shimmery eyeshadows. Third Eye was very stiff, difficult to blend, and thin and was just another dagger to the heart given how good Urban Decay’s eyeshadows used to be.

Don’t get me started on the absolute nonsense they’re peddling about the inclusion of “genuine tourmaline to block bad energy.” It’s such a shame that so many beauty industry leaders seem bound and determined to proliferate pseudo-science, fully embrace fear-mongering, and otherwise take a very anti-science stand.

Good Karma is a pale beige with subtle, warm undertones and a semi-matte finish. It had semi-opaque pigmentation in a single layer but was paired with a very powdery, dry texture that sheered out instantly and had a ton of fallout.

It created a grayish cast when paired with Hexed and Third Eye, so I have no idea why it was included given it doesn’t work well with most of the shades and is very limited in use by skin tone. There was so much fallout that it resulted in muting/tamping down the finish of the shimmers on my lid, so I’d definitely recommend using it first. There were signs of fading present after six hours of wear. 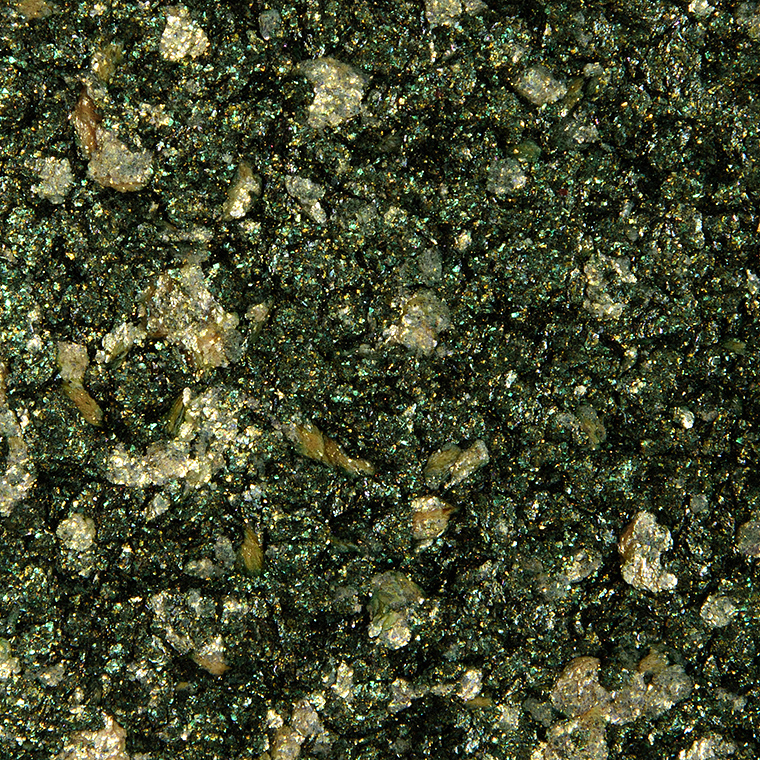 Jade is a light-medium green with moderate, warm undertones paired with warmer golden-green and emerald green flecks of sparkle over a metallic finish. It had semi-opaque coverage applied with fingertips, which could be built up slightly but came at the cost of a fair amount of fallout.

As instructed by the brand, I applied it with my fingertips, and that was accurate as the formula was terrible with brushes; I tried a slew of brushes in my personal arsenal as well as the included dual-ended brush. The included brush’s fluffier end tended to disperse the sparkle/shimmer far from where it was initially placed without really blending the edge.

The texture felt lightly creamy in the pan but needed a bit more glide, which would have made it easier to work with on the lid and likely would have minimized fallout during application. There was creasing after seven hours of wear and had light fallout over time. 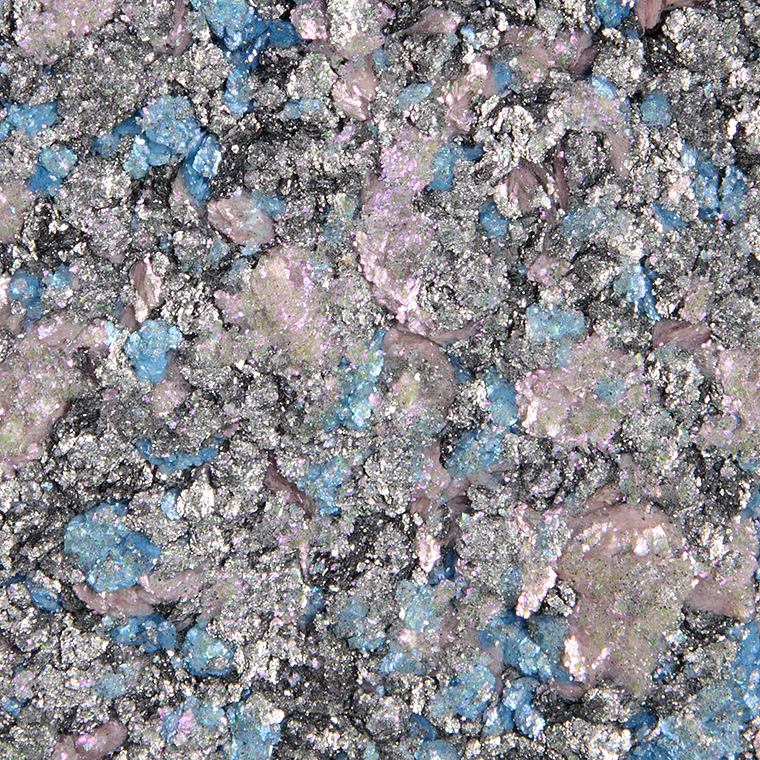 Opal Aura is a silvery white with an iridescent, metallic sheen. It had medium coverage, which didn’t build up much beyond that, as applied with fingertips. The base seemed more transparent, which I think made it easier to work with than a lot of other shades in the palette because it did not look as uneven and just looked more brightening. The product itself applied somewhat unevenly and thickly in places.

The texture was lightly creamy, less dense and dry compared to most of the shimmer shades in the palette. It stayed on decently for eight hours before creasing but didn’t seem prone to fallout during wear. 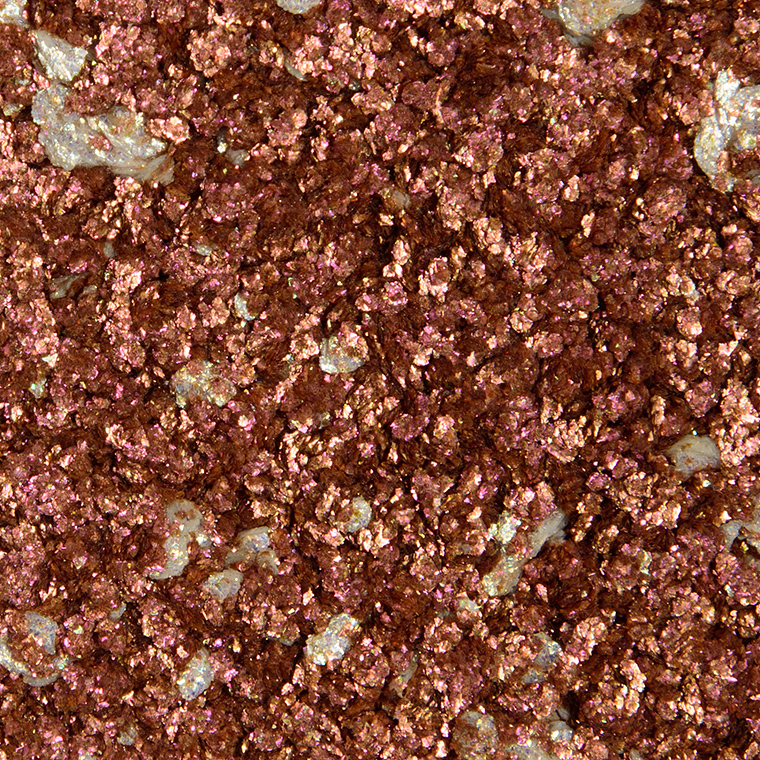 Tiger’s Eye has a mix of darker, orange-copper base pigment and sparkle paired with lighter, whiter gold chunks that mixed to create a lighter, peachy copper with flecks of pink and gold sparkle over a metallic finish.

The texture was creamier and more yielding than most of the shimmer shades in the palette,which made it easier to apply and diffuse gently along the edges–I wouldn’t call it blendable because there wasn’t a lot you could do with the edge to combine it but rather just drag enough sparkles over the crease/matte shades to make it look less harsh. It had nearly opaque coverage that lasted for eight hours but had light fallout over time. 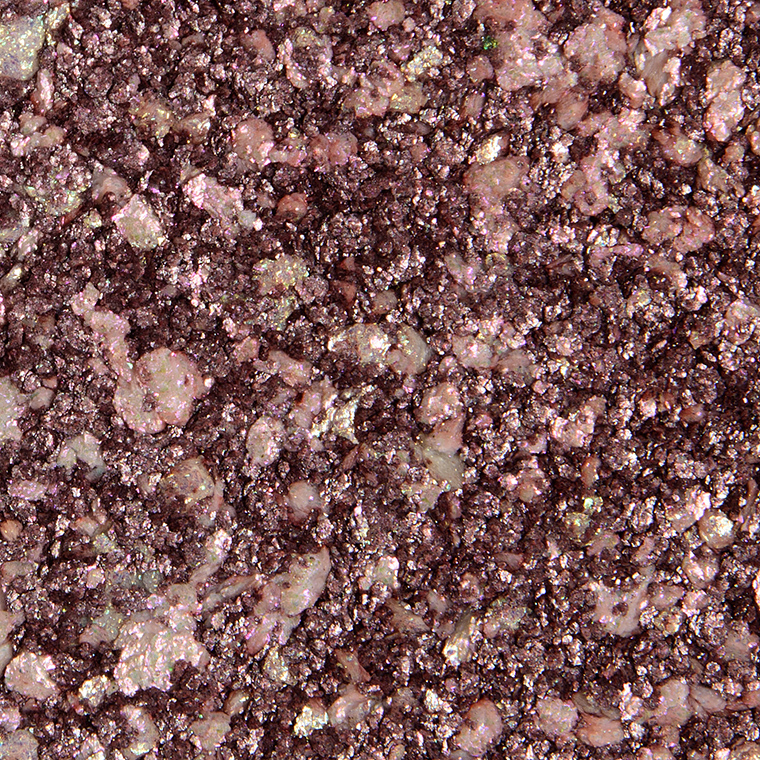 Vibes has a darker, rosy-mauve base pigment paired with larger chunks of iridescent pink-to-gold that mixed to create a light pink with a sparkling, metallic finish but didn’t have as much dimension from the multi-colored sparkle as I would have expected. It was very wet-looking, though, and it had full opacity in a single layer (applied with fingertips).

The texture was more emollient and had more glide, which helped it apply evenly and even made the edge slightly blendable with the fluffy end of the included brush. The color stayed on fairly well for eight hours and didn’t seem prone to fallout, which might have been due to the creamier texture that helped to mix and smooth out the larger chunks of sparkle.

Antidote (Stoned Vibes) is a light-medium coral-orange with strong, warm undertones and a matte finish. It had semi-sheer to medium coverage, which did not build up well, with a very powdery texture that was prone to sheering out and had a ton of fallout.

It caused the two darker, more matte shades to turn grayish and effectively ruined the blend I was going for every time. The only way to use it was to apply it first and then layer one of the darker shades on top and barely blend, which mitigated some of that ashiness the shade would create otherwise. It lasted for six hours before fading noticeably.

Hexed is a medium, orange-toned brown with warm undertones and a matte finish. It had a drier, lightly powdery texture that was thin and had light fallout during application (even when I tapped off excess). It had good pigmentation that sheered out a bit during application but was blendable. It stayed on decently for seven hours before fading a bit. 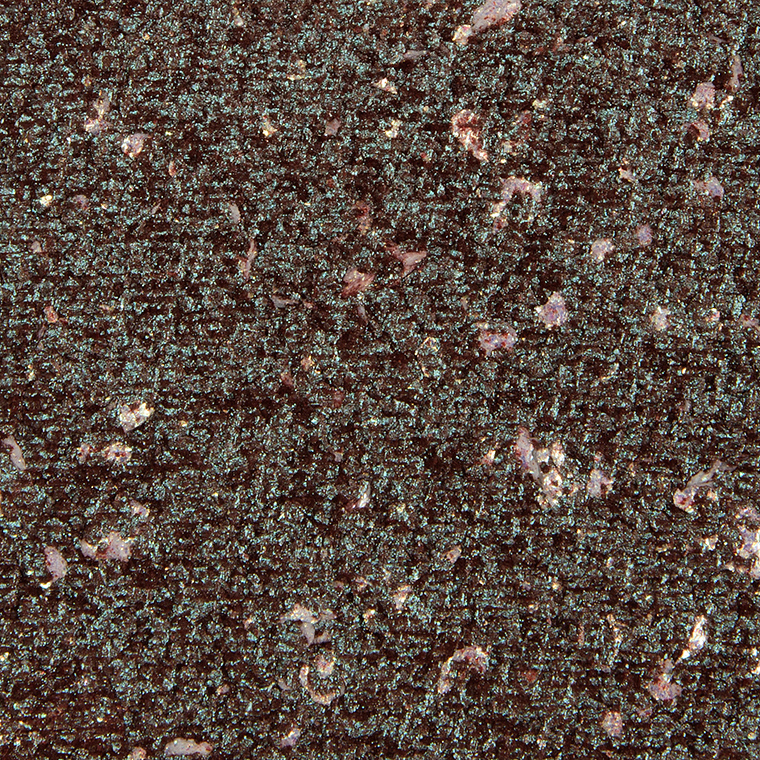 Bloodstone has a medium-dark, coppery-brown base with strong, warm orange undertones and a blue-to-green shift. It looked lightly metallic when applied with fingertips, but it was a firmer, stiffer consistency so it was hard to get an even layer of product–especially the shift–and it had a tendency to have fallout. Applied, I was hardly able to detect any shift (even in person), and it looked more like a washed-out shimmery brown.

I was able to get opaque coverage when I used my fingertip–as marketed by the brand–on my arm but it was hard to get that level of pigmentation on my actual lid due to not being able to press down quite as hard to get product off my finger and onto the lid. It lasted for seven hours before creasing on me. 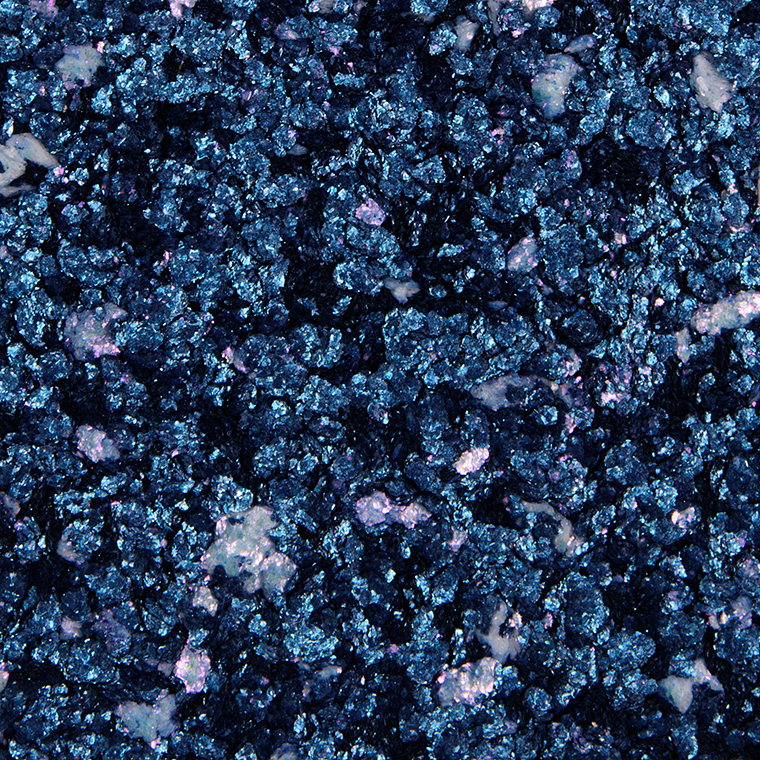 Ojo is a brighter, medium blue with cool undertones and iridescent pink sparkle over a metallic finish. It had good color coverage, but it was not opaque and could not be built up. The texture was chunky, thick, and difficult to work with as the color did not mix/combine well, so it looked like clumpy bits of blue when applied to my lid.

I used fingertips, as per the brand, but I also tried using different brushes and just couldn’t get the product to physically be an even layer. It did not blend at all along the edges–attempting to do so just dragged chunks elsewhere (but the edge was as ragged as ever) or dropped those chunks off my l id entirely. This shade lasted for seven hours but flaked off in larger chunks. 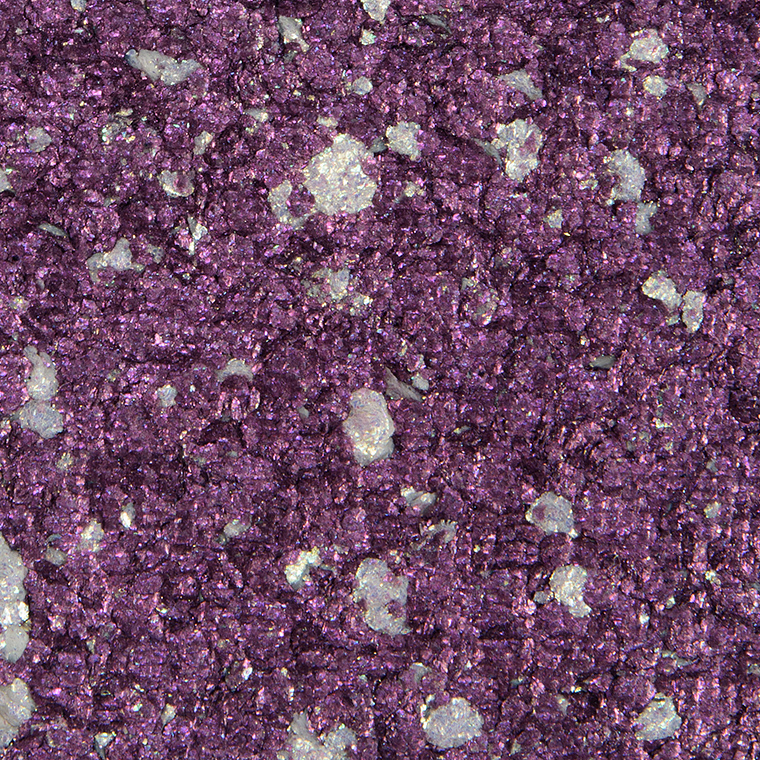 Raw Energy has a more mid-tone purple paired with iridescent, greenish-gold chunks that mixed to a medium, warmer lavender with flecks of gold and pink sparkle. The consistency was a real disappointment; it was dry, thin, and difficult to pick up, even with a fingertip. I was able to get semi-sheer coverage at BEST! using a fingertip, but it was somewhat buildable, which helped me pile it on for more semi-opaque coverage.

It seemed more forgiving when built up compared to other shades as it wasn’t as chunky. The color stayed on for eight hours and didn’t seem prone to creasing or fallout. 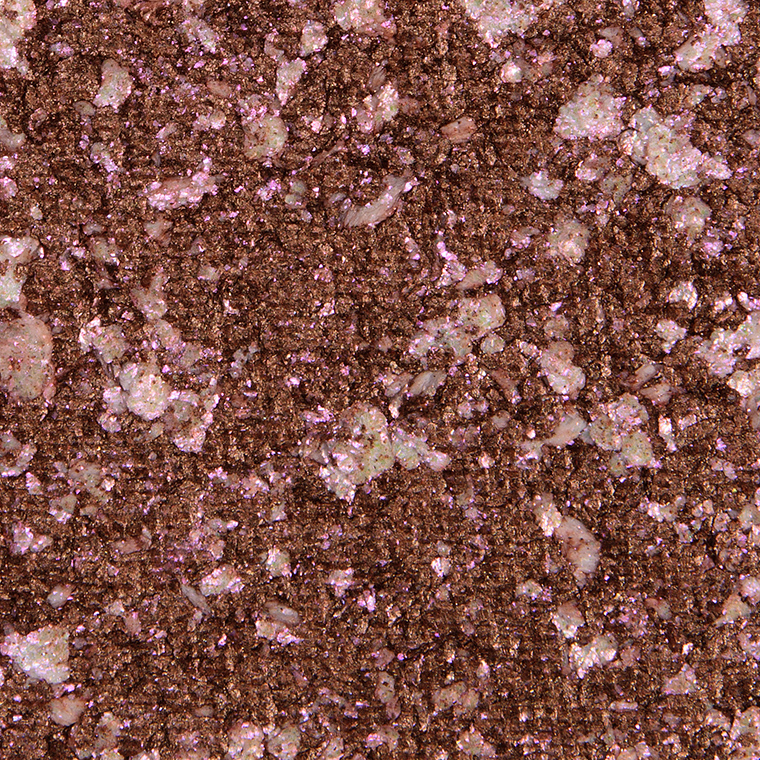 Meditate is a medium-dark, reddish-copper base iridescent pink and copper sparkle. It seemed like it had potential to be multidimensional, but it lost something when applied to my lid–it just didn’t have a lot of shift or iridescence but did appear metallic and slightly wet.

It had opaque color coverage when applied with fingertips but took a bit more pressure to get that level of coverage to translate my lid. When I tried to build it up, the product had a tendency to thicken and bunch up, which created a more uneven layer of product that was more prone to emphasizing lid texture/lines. The consistency was denser with only light creaminess, so it wasn’t as foolproof to use and sometimes did not mix the marbleized shades well. This shade lasted decently for seven and a half hours before creasing on me and had light fallout over time.

Third Eye was a darker plum with warmer undertones and a satin finish. It was dry, thin, and firm, which made it difficult to pick up with a brush without jabbing and pushing away product from the surface. When I worked with it in my crease, I had to pack it on and wasn’t able to blend out the edge that well.

As a result of having to really pick up a fair amount of product to get decent coverage, there was also some fallout as the product did not stick evenly to bare skin. There was noticeable fading after six and a half hours of wear.

Ways You Can Prevent Aging

Give Your Skin A Royal Treatment With Gold-Infused Beauty Products

Some Of The Best Hair Perfumes To Try Now

Check out the coolest Valentine’s nail ideas you should try