Torn between a Rolex or an Omega watch? It’s a difficult decision, we know. Watch collectors have been debating which brand is the real cream of the crop for years – but the truth is that they each have something different to bring to the table.

Despite their many similarities, it’s their uniqueness that makes it a difficult call. You might only be able to wear one watch at a time, but in our opinion, there’s a place for both in your collection.

Even so, if you’re looking to make a new purchase then there are some key points to consider to help you make the right choice for yourself. Here, we’re putting the two luxury watch brands head to head and comparing the two.

Both brands come with rich histories and heritages – but it may come as a surprise to hear that Omega has been in the business for much longer than Rolex.

Omega’s origins date back to the mid-19th century – although, it wasn’t until later, in 1894 to be exact, that its name was introduced to the market. At the time, the brand went by the name Louis Brandt et fils – at a time when its pioneering watch movement was known as Omega. But by 1903, the brand had adopted Omega as its official name, just as we know it today.

A newcomer in comparison, Rolex was founded in 1905 by Hans Wilsdorf. The company began as a distributor of timepieces in London, but Wilsdorf already had bigger dreams. His vision was to create a collection of wristwatches that were not only elegant, but reliable too – something few were offering at the time.

In order to achieve this, he began equipping his timepieces with innovative movement mechanisms produced in Switzerland. From here on, Rolex became a worthy contender for the likes of Omega – and hasn’t looked back since. 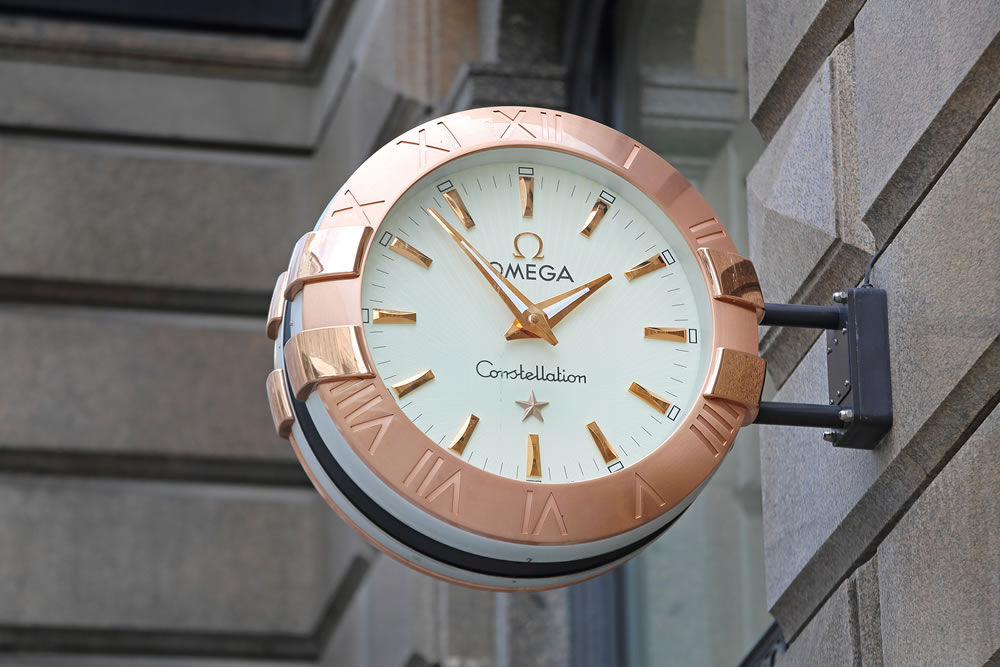 Omega’s origins date back to the mid-19th century – although, it wasn’t until later, in 1894 to be exact, that its name was introduced to the market. Image credit: Baloncici/Bigstock.com

It goes without saying that both Omega and Rolex are two of the most recognisable luxury watch brands in the world – but their brands and reputations are very different.

Rolex upholds a strong reputation of prestige and exclusivity. Put simply, its timepieces are guaranteed to turn heads, and offer status heightening benefits to any wearer that just can’t be matched.

It’s for this reason that Rolex is often the first brand to come to mind when you think luxury watches – and the numbers don’t lie. Rolex continues to hold high positions in brand ranking charts, including the World’s Most Reputable Companies list. But that’s not to say Omega has a bad reputation or image.

In fact, quite the opposite.

Omega’s reputation is much more embedded in pop culture and our history than you may think. For example, the Omega Seamaster became the watch of choice for the big screen’s Agent 007, James Bond. Replacing a Rolex, which he was previously known for wearing, the iconic Omega timepiece was shown in the 1995 GoldenEye and in all those that have followed. In case there was any doubt though, a scene in the 2006 Casino Royale, where Bond’s choice of watch is highlighted, can clear the issue up.

The brand holds historical significance too, with an Omega Speedmaster becoming the first watch to be worn on the moon by Buzz Aldrin on his 1969 mission. And, if that wasn’t enough, the brand also enjoys a rich association to sport, with a long-running connection to the Olympic Games just one example. 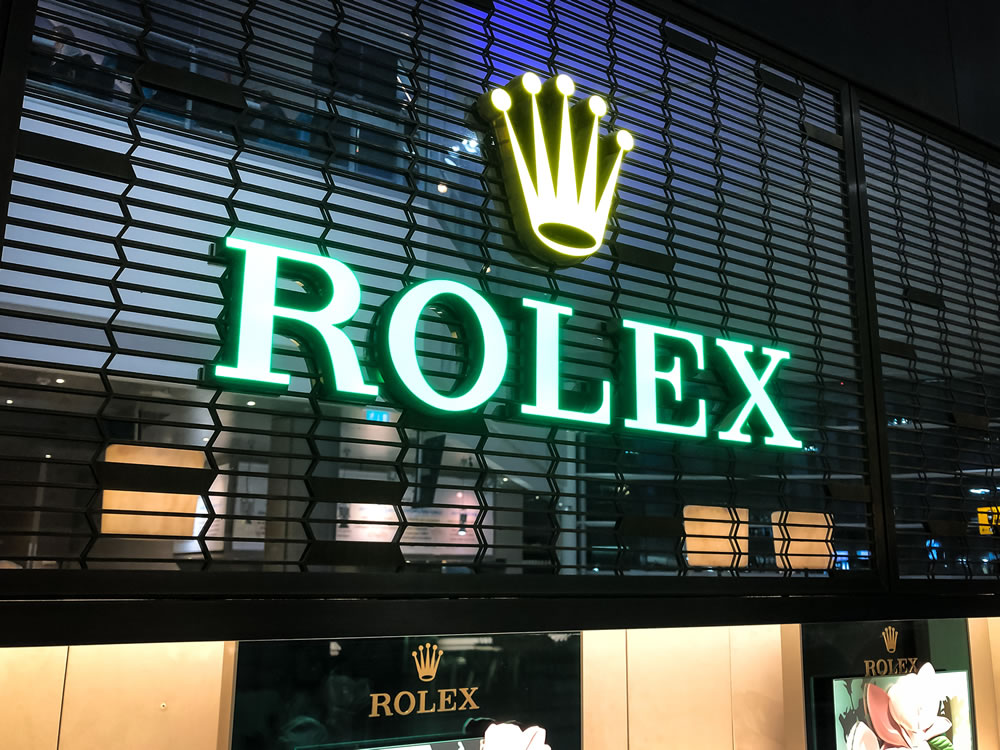 When you buy a Rolex, its reputation precedes it. Image credit: shawnwilliams4433/Bigstock.com

Another thing both brands have in common is their contribution to diving horology. The range of diving watches on offer between the two includes some of the best on the market.

Strong affiliations to the profession have meant that both Rolex and Omega have spent years innovating and developing designs, functions and mechanisms in order to take the market lead. What this has meant for consumers is the guarantee of finding a water-resistant watch that is perfectly suited to them and their specific needs.

Rolex’s innovations have perhaps had the greatest impact when it comes to diver’s watches. The brand’s designs were some of the first to incorporate the revolutionary helium escape valve, as well as the screw-down crown, both of which aid in water resistance.

In 1960, the Rolex Oyster Perpetual Deep-Sea Special watch took diving watches to new depths when it reached an impressive 10,916 metres and still worked just as effectively as it did on the surface.

But, Omega’s Seamaster collection also deserves a special mention. The experimental Ocean Ultra Deep Professional watch quite literally blew the record set by Rolex out of the water in 2019 when it reached a depth of 10,928 metres. 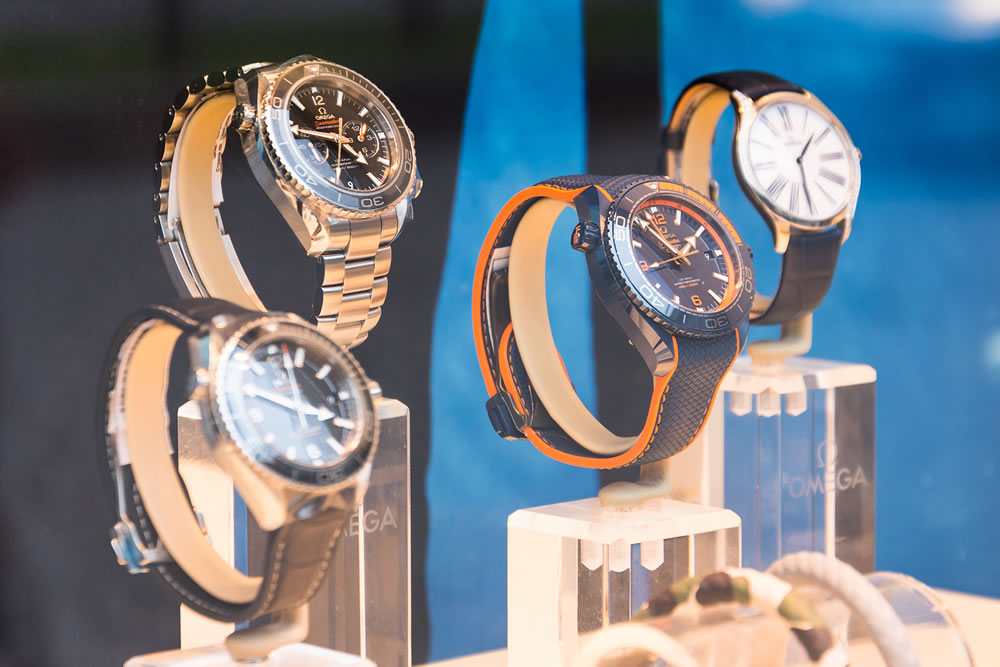 Another area in which both Rolex and Omega continue to develop and set new standards is timekeeping. Despite Omega having the upper hand in experience, Rolex truly came in and changed the game when it became the first watch brand to receive the Swiss Certificate of Chronometric Precision in 1910.

Despite this, Omega has continued to fight back, with the most significant break-through coming in 1999 in the form of the revolutionary Co-Axial movement, which is featured in many of the brand’s watches today. The innovation means the brand’s timepieces come with greater timekeeping accuracy and performance over time.

While Omega watches benefit from Co-Axial escapement, Rolex watches have a -2/+2 level of accuracy that surpasses the COSC’s ranking.

When it comes to design, both brands are known for their level of excellence. With sport watches being a shared theme, many of the makes and models boast a more casual, everyday design. But, as their prominence in the luxury fashion market grows, so do their more sophisticated and stylish offerings.

A Rolex is certainly more likely to turn heads. If the iconic crown logo wasn’t enough to do this, in recent years, the brand has focused on developing materials and compositions for their luxury timepieces that will guarantee it.

This has resulted in various patents, notably including one for a ceramic material named Cerachrom, which as well as improvements in resistance and wear, offers enhanced design features, too. In fact, the material is what gives Rolex watches the beautiful lustre that so many desire – and that makes them so instantly recognisable.

But Omega’s beautiful designs – the James Bond watch, for example – are also highly sought-after. Both Rolex and Omega produce watches in different metal types, dial colours, diamond detailing and strap materials, so there is bound to be a design in either brand’s collection that suits every buyer’s needs, preferences and tastes. 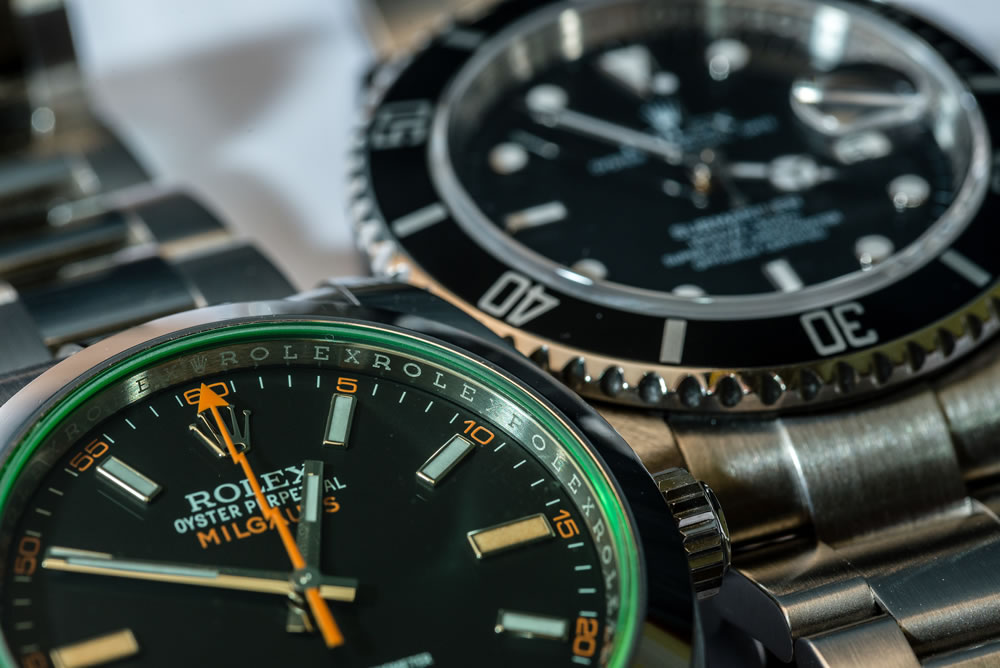 If you’ve been shopping around then you will know by now that both models from both Rolex and Omega do not come cheap – so much so that they have become investment pieces that commonly go on to become family heirlooms. They’re guaranteed to stand the test of time, and for many, it’s a savvy move for the future, when rare models and editions can fetch millions.

The resale value of a watch is often an indicator for whether or not a particular model is a good investment. Both Rolex and Omega watches have great resale values – with a Rolex Daytona watch worn by Hollywood icon, Paul Newman, once bought at auction for $17.8m.

Many Rolex models become iconic stapes as time passes, which is why they are sought-after years after their release dates.

Both Rolex and Omega manufacture exceptional timepieces and are two of the most renowned Swiss watch brands, and when it comes to which better, it’s very much down to your requirements.

To ensure you choose the right watch, you must first have a solid understanding of your needs and wants. Decide whether you’re looking for a certain function or style, or have a specific budget for your timepiece, and the choice becomes simpler.

Of course, it is also recommended to look at other watch brands as well – especially if you are a new watch collector.  There may well be another that suits you better – it all comes down to taste.