The global sport of football, or soccer to those outside the stubborn isles of the United Kingdom, is unparalleled for popularity. There may be enclaves across all seven continents where The Beautiful Game does not rule supreme (say, for example, in India, where cricket is king), but on the whole, there is no sport on God’s green earth that captures the imagination like football.

That notoriety comes at a price – and the stars of this grand sporting soap opera have made a pretty penny out of their not inconsiderable skills. At Luxury Lifestyle Magazine, we doff our caps to those who have used their athletic abilities to turn themselves into household brands. For the rest of us mere mortals, perhaps our best hope is to win big at the bookies? If you’ve got two left feet, we recommend getting started with these accumulator tips. For a bit of inspiration, here are the world’s five wealthiest footballers, past and present, ranked by net worth. You will be very surprised by a couple.

Surprise number one! Bradford-born Whelan enjoyed a solid, if unspectacular, professional football career as a full-back between 1956 and 1966. He made his name at Blackburn Rovers, where he started the 1960 FA Cup final defeat to Wolverhampton Wanderers at Wembley. A full-blooded challenge on Wolves’ Norman Deeley resulted in a broken leg, which saw Whelan removed from the game before half-time. Unable to shake off the severity of the injury, Whelan was moved on to Crewe Alexandra shortly afterwards, where he made 115 appearances before hanging up his boots to focus on his chain of supermarkets – Whelan’s Discount Stores.

From humble beginnings as a market trader in Wigan, Whelan had opened ten stores in Lancashire by the late 1970s, and his business was eventually bought out by supermarket giant Ken Morrison – of Morrison’s fame – in 1978, for £1.5m (£8.6m in today’s currency, adjusting for inflation). Whelan was already on the lookout for his next business venture a year before selling out to Morrison, acquiring fishing and sports business J J Bradburn’s in 1977. Rebranding the company JJB Sports, Whelan transformed the business’ fortunes, making a tidy profit in the process.

Whelan also went on to purchase Wigan Athletic FC, providing them with a brand-new stadium to match their Premier League aspirations. The club won the FA Cup in 2013, defeating Manchester City. 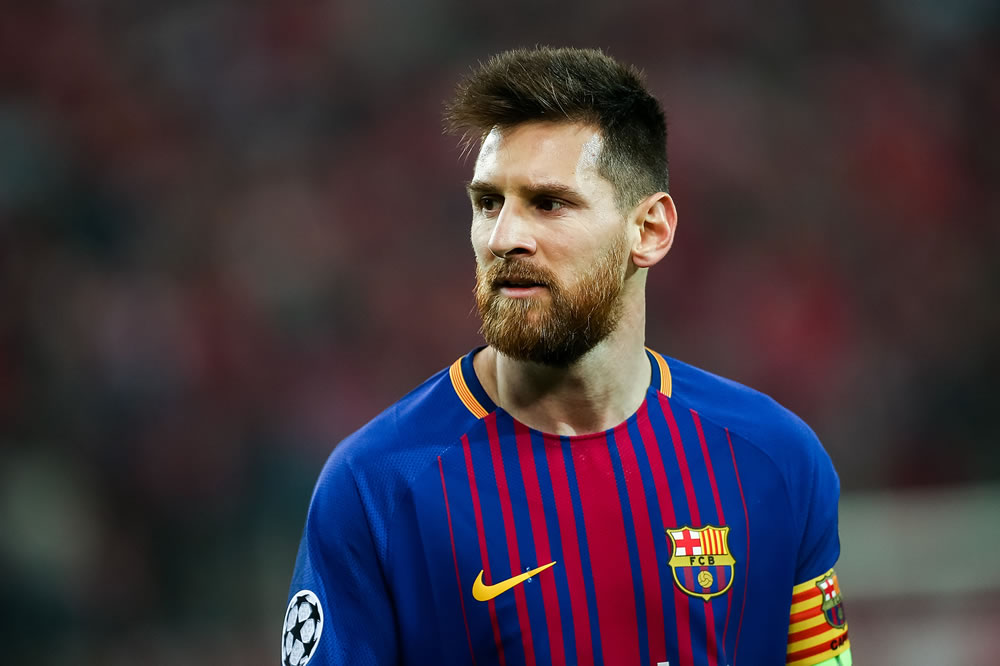 Now we’re talking, eh? A far cry from Ewood Park and Gresty Road, the world’s fourth most valuable football personality is probably its most highly-prized asset. Argentinian sensation Lionel Messi, 32, has not had to barter his wares at the Wigan market to amass his sizeable estate – and can thank his fancy footwork and sublime skill for his fortune. In 2018, Messi out earned his long-time El Clasico rival, and opposition for the title of ‘Greatest of all Time’, Cristiano Ronaldo, to take home a stunning $84 million in salary from FC Barcelona.

His total earnings for that year were $111 million, with a further $27m coming from endorsements from a number of global companies. The most intriguing of which comes from China, where a theme park based on La Pulga, called the Messi Experience Park in Nanjing, is set to open soon. 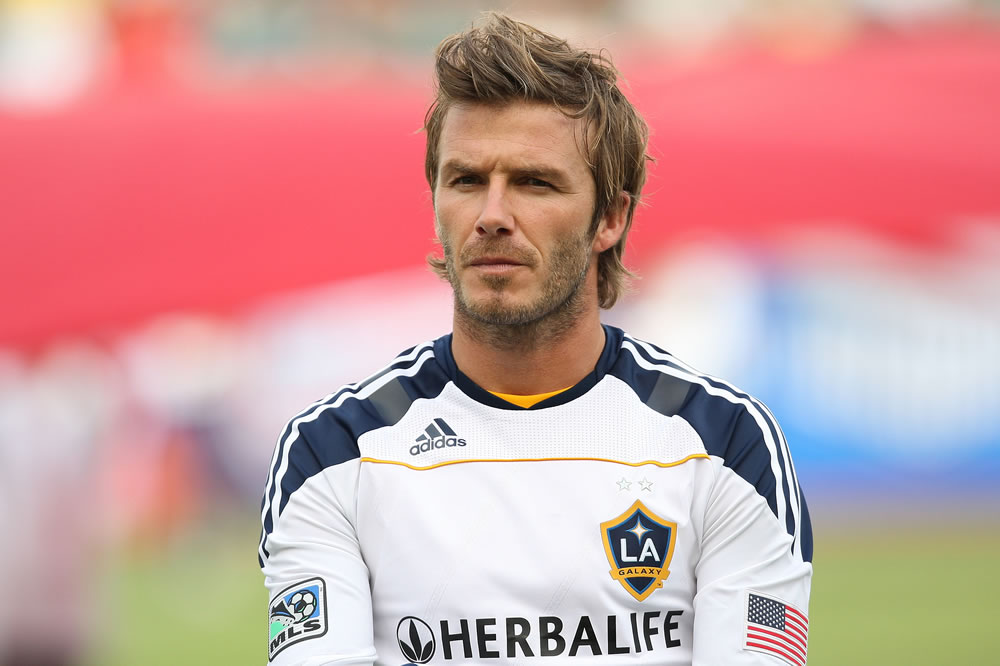 Nobody has quite forged the archetypal footballer lifestyle like David Beckham. Image credit: Photo Works/Bigstock.com

Nobody has quite forged the archetypal footballer lifestyle like David Beckham – and he is reaping the benefits on his near half-a-billion estate, long into retirement from his playing days. The former pin-up and England captain enjoyed a decorated playing career and arguably pioneered the concept of a football player becoming their own brand, with a number of shrewd transfers on the pitch, and business decisions off it, placing him third on this list, despite retiring in 2013.

Starting out at Manchester United, Becks broke English hearts when he left the Red Devils to become a Galactico at Real Madrid in 2003. A few years later, a move to LA Galaxy, where he became the MLS’ highest-paid player, followed, before he joined Paris Saint-Germain for one last payday. Off the field, Becks married former Spice Girl Victoria in 1999, cementing them as one of Britain’s most talked-about celebrity couples, and he also signed endorsements with a list of companies as long as your arm – including Calvin Klein, Gilette and Adidas.

One can only imagine how wealthy he would be if his career had begun even one decade later. 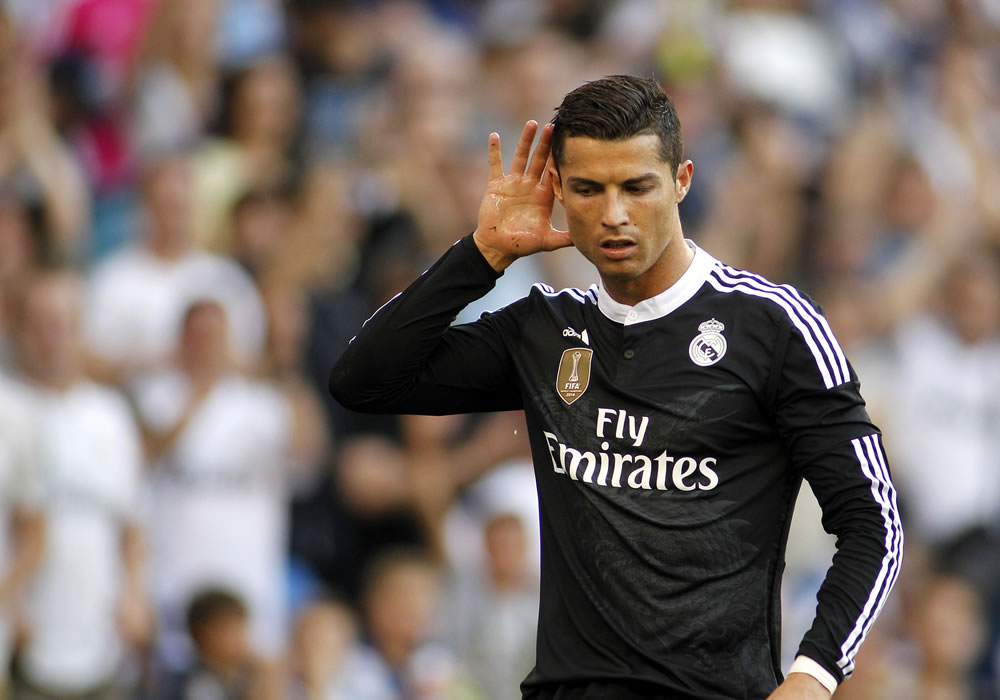 Well, actually, we have some idea – as Cristiano Ronaldo has taken the Beckham model and perfected it, somewhat. In fact, he even enjoyed a similar on-field career trajectory, joining Real Madrid from Manchester United (via first club Sporting Lisbon) for a world record fee in 2009. He would move on again to Juventus for another exorbitant transfer free nine years later, but not before cementing his position as one of the greatest players to ever play the game in a spell at the Bernabeu which included four Champions League titles, a European Cup for Portugal, and the all-time scoring record for Real.

Off the field, Ronaldo is the beneficiary of the boom of social media, something which Beckham arguably just missed out on. He has nearly 200m followers on Instagram, his own ‘CR7’ brand, a lifetime contract with Nike (reported to be worth over 1bn), and $47m a year in sponsorship.

So, who on earth can beat that?

The Sultan of Brunei’s nephew, that’s who.

Faiq Bolkiah, 21, is on the books at Premier League side Leicester City, although he is yet to make a first-team appearance for the Foxes. He joined the club after academy spells at Arsenal and Chelsea, but is yet to make a competitive professional performance. I know what you’re thinking, that his money and influence has bought him a spot on a Premier League registration list. It’s possibly not quite that simple – although friends in high places is probably helpful come pre-season. However, Bolkiah is also the captain of the Brunei national side, and has scored one goal for them in competitive action. His father, Jeffri, is the Prince of Brunei – and Faiq’s family boasts a net worth of $20bn. It must be reassuring to know that you have something to fall back on if the football doesn’t work out.

Image credit at the very top of the article: LevanteMedia/Bigstock.com