From luxury homes to expensive cars, five-star holidays to Rolexes, there is no shortage of exciting things to spend your money on – but if you’re bored of all the usual choices, then how about getting your fortune told, having a reiki treatment or having your palm read?

It might sound a little unusual, but consumer appetite for spiritualism in recent years has sparked an increase in luxury companies offering everything from astrology apps to specialist subscription boxes – and the travel market certainly hasn’t missed a trick when it comes to getting on board, either.

High-end spiritual retreats are opening up all around the world, and whether you’re hoping to master your breathing technique in Thailand, practice your yoga in the Himalayas or combine the two in beautiful Bali, there’s a zen five-star package for you.

Ananda, an opulent hideaway found nestled in the foothills of northern India, is one such retreat, fusing the traditional Indian practices of Ayurveda and Hatha yoga into its wellness regimes and offering a huge range of body and beauty experiences and promising guests the opportunity to immerse themselves in nature and find inner peace during their extended stay. 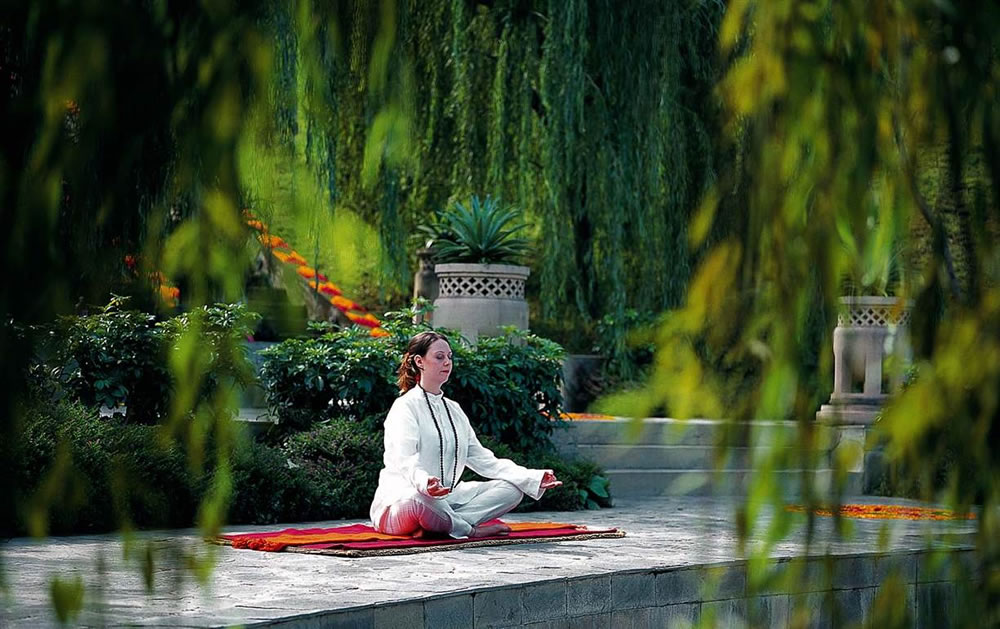 The stigma that was once attached to spiritualism has now well and truly disintegrated, these days instead becoming something of a more mainstream trend. Even services such as fortune telling or tarot reading – which once might have sparked fear amongst the masses – are experiencing a surge in popularity within more affluent audiences, with more people than ever before buying into them as they look to gain a greater insight into what might lie ahead for them in life.

“There is a lot of untrue and deceiving information available online about psychic readings, which has given some people the wrong impression about the practice and how it may those who are feeling lost or need reassurance about their future,” says Jacy Nova from Keen Psychic.

It’s a trend that even the fashion industry has leapt on board with. Last year, a Dior collection featuring images from a feminist tarot deck was launched, while beauty brands including Aveda and Sisley have added crystal embellishments to some of their products.

And, the revival of new age spirituality has also seen many publications aimed at 20 and 30 somethings, such as Refinery29 and The Cut, regularly covering topics such as tarot, astrology and crystal grids – yet another sign, if it was needed, that there is an increasing appetite for mystical topics such as these. 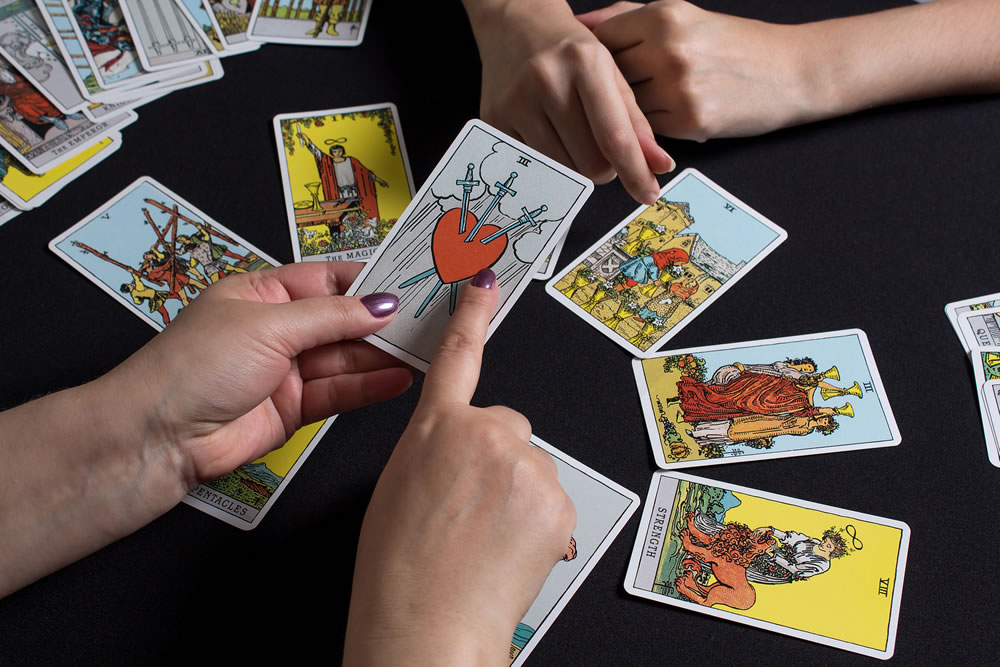 Services such as fortune telling and tarot reading are experiencing a surge in popularity amongst more affluent audiences. Image credit: YevgeniySam/Bigstock.com

A census in 2019 revealed that more than 53,000 people in the UK would define themselves as Pagan – which is an amalgamation of religions and spiritual traditions, which includes nature worship and Wicca. It adds further weight to the idea that the millennial generation is more open-minded than those before them – something that has become apparent in recent years across a range of different topics.

Of course, not all of mystics’ clients are fervent believers – some simply dabble for fun. But, to prevent them from attracting and negatively impacting vulnerable people, they have been required to describe their services as being ‘for entertainment purposes only’ as a result of a new consumer protection law implemented in 2008.

“Unfortunately, there are fraudulent psychics out there who are simply after your money, which does mean that you will have to do some research to find a reliable and genuine psychic who can give you a reliable reading,” adds Nova.

“One of the best ways to find one is to ask around, particularly your friends and family. If they have visited a psychic before, they can recommend whether their session was beneficial for them.

“In addition, you can find websites online that can connect with you with trustworthy psychics in your area. For example, Keen Psychic available readings can allow you to find the right reading you are looking for.” 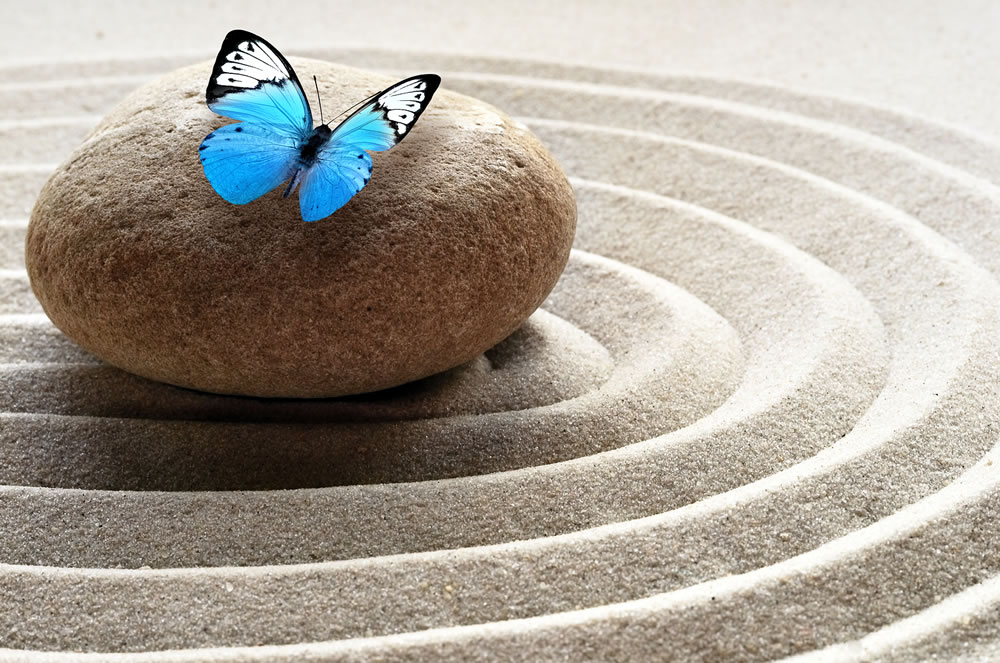 So, as many consumers are turning their attention – and their money – to businesses that are more aligned with their spiritual inclinations, what can more mainstream businesses do to compete? Many, it seems, have been seeking to modernise the trend by combining it with the latest in AI technology. Co-Star Personalised Astrology is an AI-powered astrology app that has been making waves in the industry in recent months, while subscription boxes, which have becoming a growing trend over the past decade, have also bought into spiritualism.

Merkababox is a holistic lifestyle and modern mysticism subscription box that is filled with products and tools designed to nourish mind, body and spirit – and is one of just many now available on the market. White Witch Box, meanwhile, goes some way beyond the mainstream, mailing out with-related items to its subscribers each month.

So, is this new appetite for spiritualism a rebellion against materialism? Some believe so – but for others, it’s a gap in the market for entrepreneurs looking to make a tidy profit. And, with an affluent readership ready and waiting to open their purses, they could do a lot worse than cater to the demand.