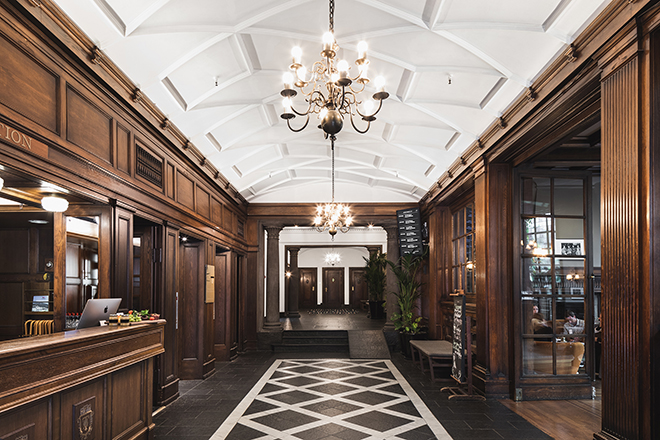 The Norwegian “Grand Old Lady” of southwestern coastal city Bergen, was recently restored to her former glory. With a legacy dating as far back as 1928, the Grand Hotel Terminus is De Bergenske Group’s fourth local hotel chain revered for its subtle and classical interior design. 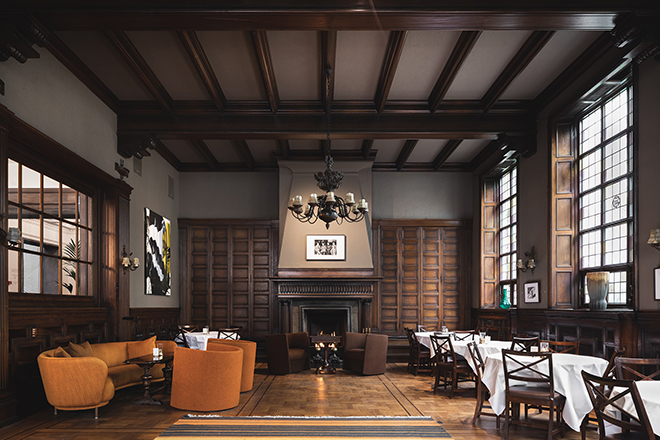 Spanning over a period of 13 years, De Bergenske Group had focused its refurbishment efforts on the interior, leaving the exterior predominantly untouched as an ode to the hotel’s historical significance. 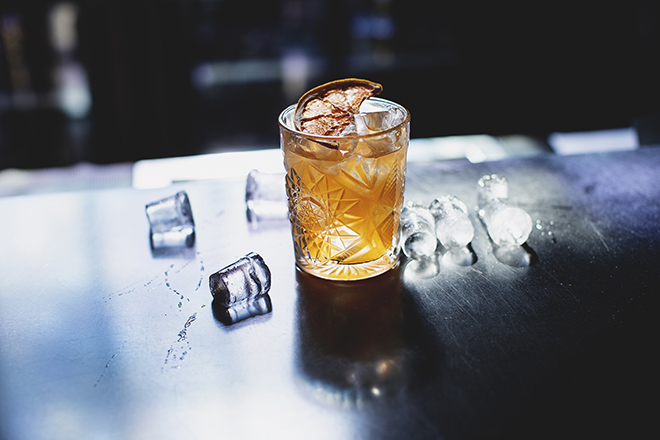 With an all-new reception, internal windows guide visitors toward the bar named after famous Norwegian explorer, Amundsen, who spent his last evening in the Grand Hotel Terminus before vanishing on an arctic rescue mission in 1982. The whiskey-themed bar offers a curated array of colorful concoctions, and is accentuated by wood wall paneling and historical imagery. 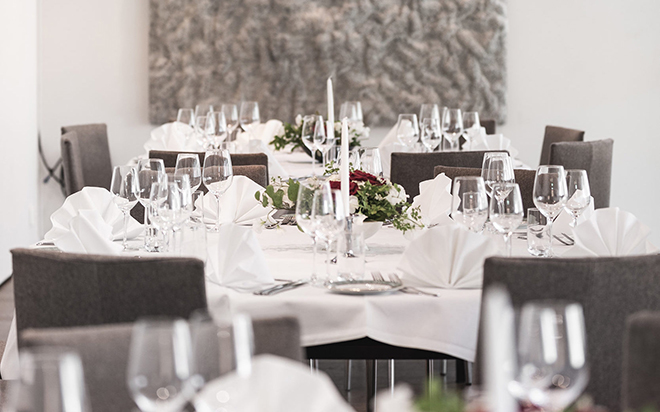 Housed on the opposing end of the lobby, is the dignified Grand Hotel Terminus’ breakfast room. Incorporating black-and-white checkered flooring with wide angled mirrors, plus opaline and red chandeliers, the room showcases an effortless blend of history, tradition, luxury and modernity, from a riveting contemporary perspective. 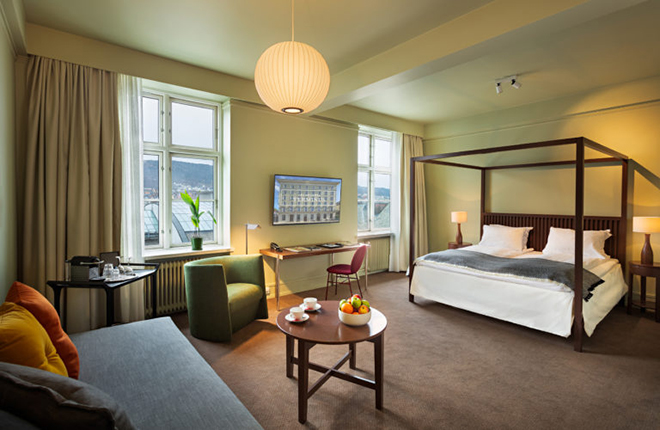 Aligning the hotel’s façade with chalky-green walls, guests are ushered into rooms of natural tones, with furniture carefully selected to represent a multitude of design eras – including cabinetmaker, Christopher Knag’s original chairs from 1928, an eclectic assemblage of modernist paintings and monochrome bathrooms for an added touch of graphic contrast. 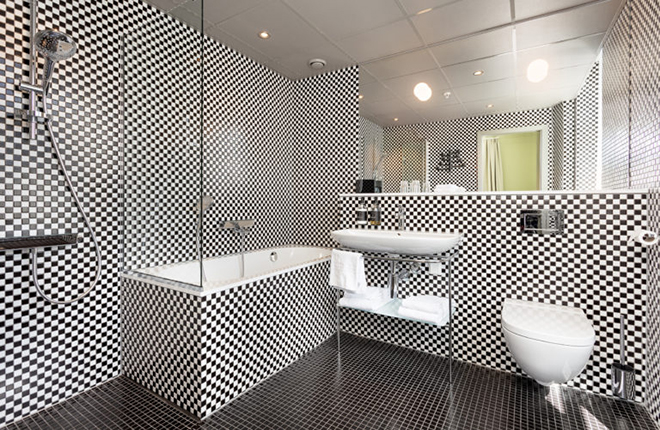 Hosting an exhibition from 3rd to 9th February 2020 on the architecture and design of Grand Hotel Terminus, amongst other hotels by Claesson Koivisto Rune architects between 2017 and 2019 – the Norwegian Embassy will feature a diverse selection of custom designed furniture and artifacts, by an array of international designers, as part of the nation’s annual Stockholm Design Week.