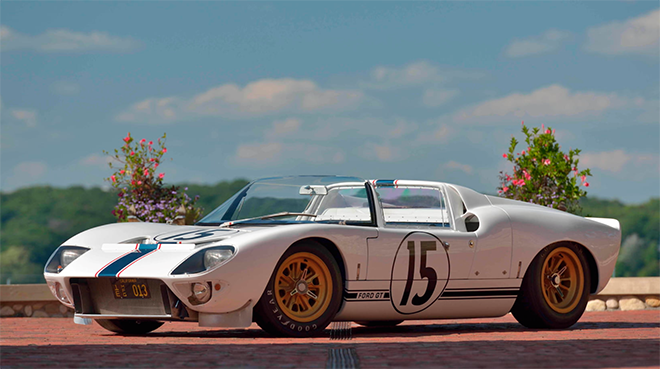 ‘Exclusive’ does not even begin to describe this car. Scheduled to hit auction blocks in July, the only Ford GT Roadster to ever race at the Le Mans, is expected to fetch up to $10M. Going up for bid at the Mecum Auction’s upcoming Indy 2020 sale, this competition prototype roadster, is just one of five open-top examples every built and one of two still in existence today. Constructed by Ford Advanced Vehicles, England, in March 1965, the Ford GT/109 Roadster entered the 24 Hour Le Mans race under the automaker’s French division, making it the sole open-cockpit GT to ever compete in the legendary competition. Completing 11 laps before facing technical difficulty and a failed gearbox, the model was swiftly shipped to Shelby America where it was fully rebuilt and refurbished, before being transferred to Kar-Kraft where it became known as a developmental vehicle for transmissions, motors, and other parts and applications. 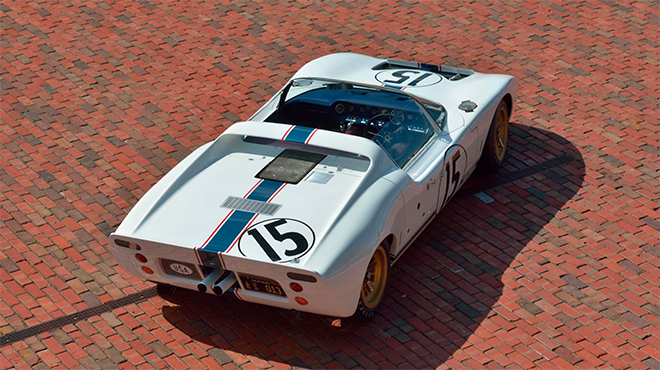 Gifted in 1968 to Dean Jeffries, it remained in immaculate condition under a single ownership up till 2013, where it was acquired by Dana Mecum. Now, the curvaceous speedster returns to the public eye, in its original Le Mans livery, with a white base bisected by a thick blue racing stripe, bordered by two thin red pinstripes and a matching blue interior, this car is fueled by a Cobra-spec 289 cubic-inch engine, mated with a ZF 5-speed gearbox. Boasting a multitude of rare modifications, the Ford GT/109 Roadster which will go for bid from 10th to 20th July 2020, features side-mounted engine oil radiators, rear-body exit vents, and a dramatic rear spoiler.