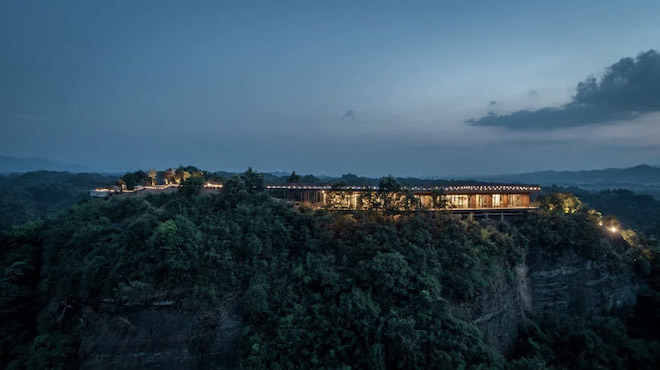 Adventure tourism has been a hot new trend in luxury experiences, the hotel is actually comprised of three primary buildings – Dinghui, the largest, located on a narrow 122 metre plot of the highest point; Yanshang, an oval structure which contains the majority of guest residences; and finally Ziyahui, an events space and ballroom for activities. 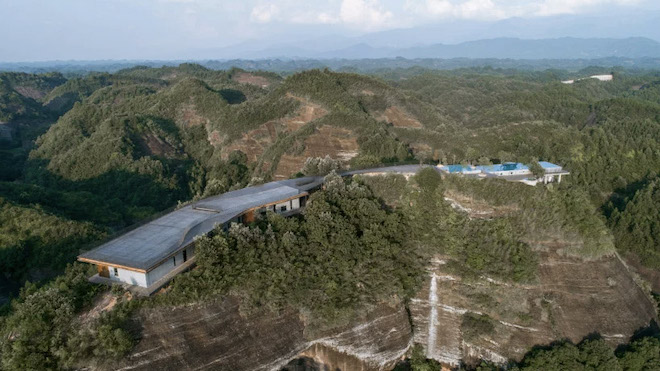 Natural comfort among the clouds, Pingjiang Homey Wild Luxury Hotel’s main building is designed to match the peak of the mountain: The 45 metre long Dinghui itself plays host to luxury suites and the main reception with a pathway leading to an epic open-air infinity pool. 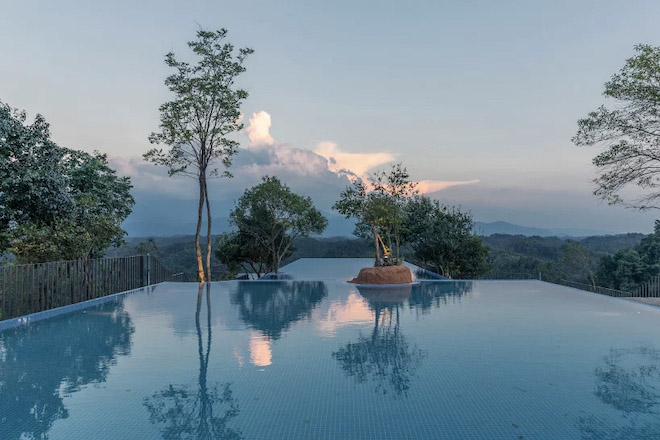 Yanshang is located on a smaller hilltop platform. 35 meters below Dinghui where a series of guestrooms are organised around a central hall and its adjoining breakfast room within the viewing platform. Taking advantage of the expansive landscape, floor-to-ceiling windows presents China’s natural beauty and geography to each room. A shallow rooftop pool creates an dance of light through rooftop skylights, effectively embracing the “outside-in” architectural philosophy. Everything unfolds with the natural rock form. 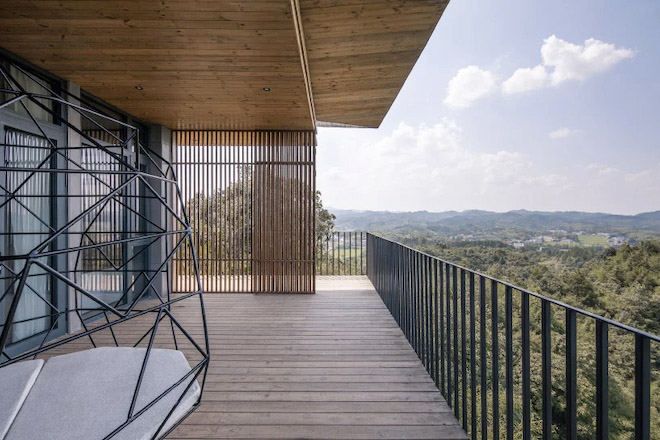 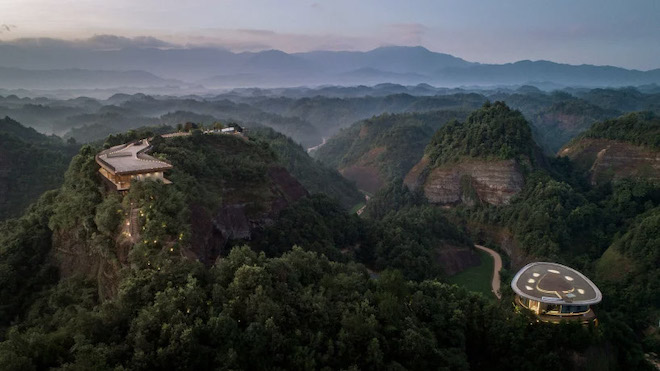 The final phase of Pingjiang Homey Wild Luxury Hotel is Ziyahui, the adventurous hotel’s primary event space. The peach-shaped building is in a concave valley, and its construction mimics the natural geography as well, with a nearly circular courtyard doubling as a stage, and seats along clifftop periphery, with skylights within its wooden roof canopy providing natural light and ventilation. Restrooms and storage space are hidden in the floor below Ziyahui. 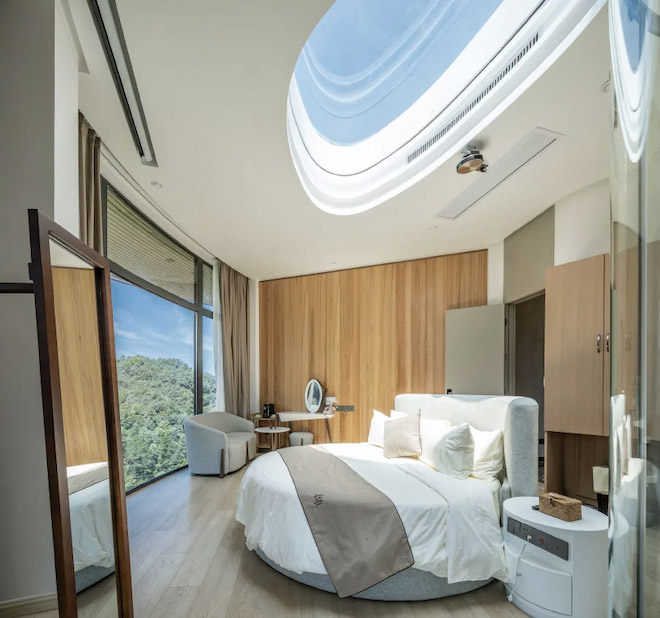 The beauty of Pingjiang is like nature itself; The essence of architecture united by heaven and men, re-expressing the relationship between the artificial constructs of man with the natural environs of nature and the ultimate expression of beauty when buildings are sublimate and consummate with the topography rather than mere perpendicular structures on the face of earth.

Bookings yet to open.