A depiction of Neil Armstrong descending to the lunar surface

50 years ago, a Saturn V rocket launched from Kennedy Space Center carrying the hopes and dreams of humanity on the shoulders of three titans, Neil Armstrong, Buzz Aldrin, and Michael Collins. Landing on the moon four days later, armed with the best Atomic-age technology mankind had to offer, including an anachronistic Industrial era mechanical timekeeper known as the Omega Speedmaster (equipped with a manual winding Calibre 321), the moon landing would inspire a new generation of youth to aspirational new professions in the fields of science, technology, engineering and mathematics.

However, today, the Apollo program’s effect of inspiring children to pursue STEM careers seems to be waning (moon phase pun not intended), in fact, during a recent Harris Poll initiated by LEGO in the United States, the United Kingdom and China, the research revealed a gulf of differing attitudes towards spaceflight and engineering between children in Western countries and those from East Asia. 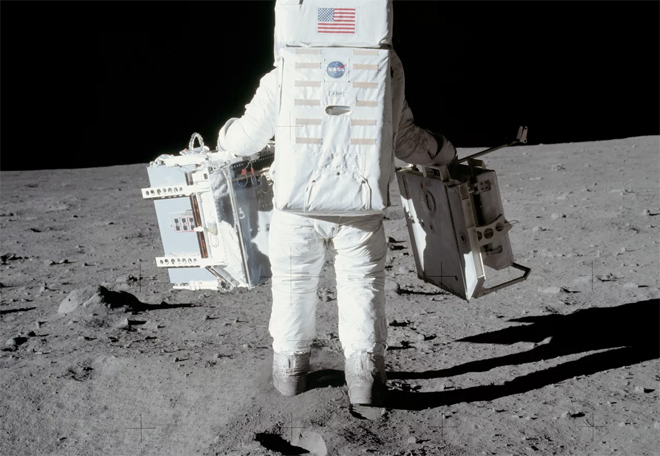 As more earth-bound concerns mounted, the world collectively turned its back on NASA (specifically funding NASA) and space exploration

“There simply hasn’t been enough money or interest to put towards manned moon missions since 1972. The Apollo 17 mission preceded a major oil crisis, that had many questioning the need to divert valuable funds and effort into space exploration.” – InterestingEngineering

Across predominantly Anglo-saxon US and UK, children expressed greater desires to be YouTubers or Vloggers and professional athletes, leaving “Astronaut” at the bottom of the list of career aspirations. Only in China, does astronaut or “taikonaut’ top the list of top five career dreams. Furthermore, ArsTechnica reports that “Children in China were also much more interested in going into space and had higher expectations for human settlement of space in the decades to come.” 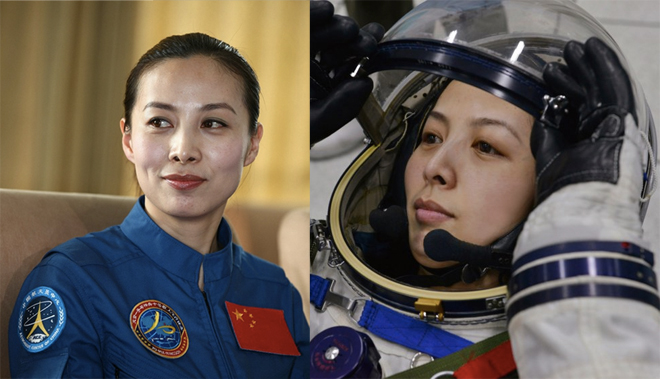 Colonel Wang Yaping is unbelievably hot for a Chinese National Space Administration astronaut and she is just as likely to be a contributing factor to why so many Chinese boys want to grow up to be astronauts. We jest (maybe not).

“The president [Donald Trump] has given NASA a charter to get back to the moon. I think the president and the vice president [Mike Pence] feel there’s a significant geopolitical urgency to do that, but we do not sense that NASA has that same sense of urgency.” – Apollo 17 astronaut and geologist Harrison Schmitt

While the Harris Poll/LEGO® survey is promising in that 86% of children aged 8 to 12 say they are interested in space exploration, and 90% of them want to learn more. A dark side of the survey revealed that 53% of kids say their interest in space is not fuelled by their parents, citing teachers (79%) and the internet (71%) as primary learning sources. When one looks at the dearth of frontpage headlines lauding on the 50th anniversary moon landing today instead choosing to concentrate on more “relevant” issues of the day, at least Omega is present on social media with a constant stream of space-related content. Furthermore, Digital Luxury Group’s World Watch Report found that China surpassed the U.S. as the country exhibiting the highest demand for luxury watches based on Internet searches with Omega commanding the largest share of searches.

Correlation is not causation and LUXUO would be remiss to imply that the Omega Speedmaster is the sole reason why children of Chinese descent continue to be inspired by space exploration. However, it stands to reason, that Omega, currently one of the few consistent producers of popular media referencing that pivotal moment in human history (e.g. Starmen), does engender a halo effect when it comes to promoting space exploits. In fact, come this August, Omega will be celebrating 124 years in China, lending credence to our assertion that there is at least a tangential association between the certified makers of the Moonwatch and the aspirations of youth growing up in the Middle Kingdom.

In Moonwatch we trust

At the core of Omega’s 171 year long mission is dedication to robust technical innovation. It’s a mission that James Ragan, NASA program engineer and the man responsible for Moonwatch certification, will attest since the Omega Speedmaster was one of only two chronographs from the shortlist to survive his initial brutal testing. 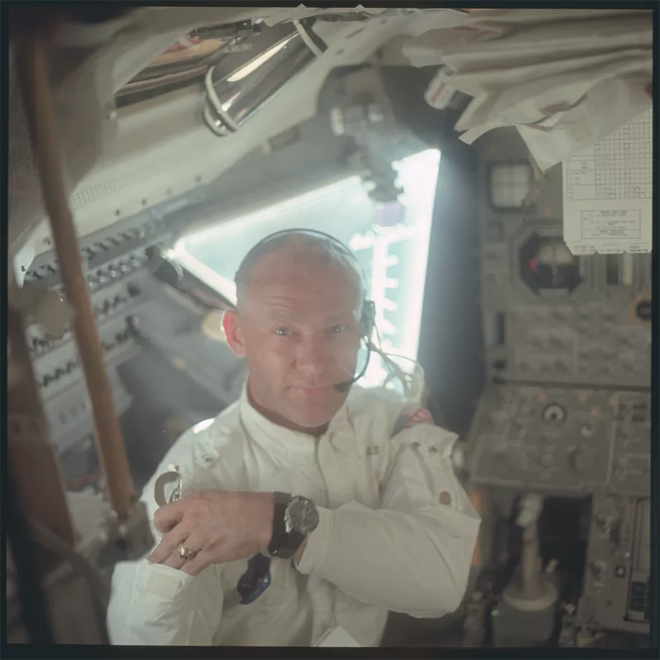 Buzz Aldrin with his Omega Speedmaster, powered by the 321 calibre

Quickly, the pre-eminent Moonwatch became the sole mechanical chronograph to successfully complete its subsequent torture tests and qualify for space exploration. This excellence has been translated beyond its official endorsement from NASA into other feats of human endeavour like the Olympic Games. At the heart of these amazing feats? Planet Omega, a world tour which presents the Bienne Manufacture’s exploits in lock-step with human accomplishment, kicked off in Shanghai this year. Coincidence? We think not. 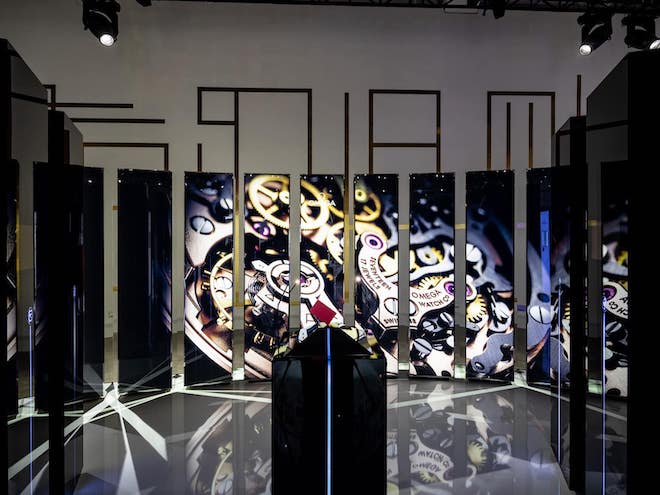 Planet Omega is a travelling exhibition of Omega’s accomplishments. The World Tour began in Shanghai.

Omega’s long association with China began in 1895 when it became the official supplier of timepieces to the country’s national railway operator. In post communist China, Omega too became the first European watchmaker to provide official timekeeping services in 1972 for the 4th Chinese National Games in Beijing. Hence, the convergence of evidence begins to show that Omega has been ever present at key cultural and social touch-points of Chinese society, from one’s daily commute to annual expressions of athletic glory. Thus, the moon-landing becomes the proverbial icing on the cake – a media smorgasbord which joins the aspirations of a nation on the precipice of being the next global space-power, the social signalling of Gen X and the career dreams of children. 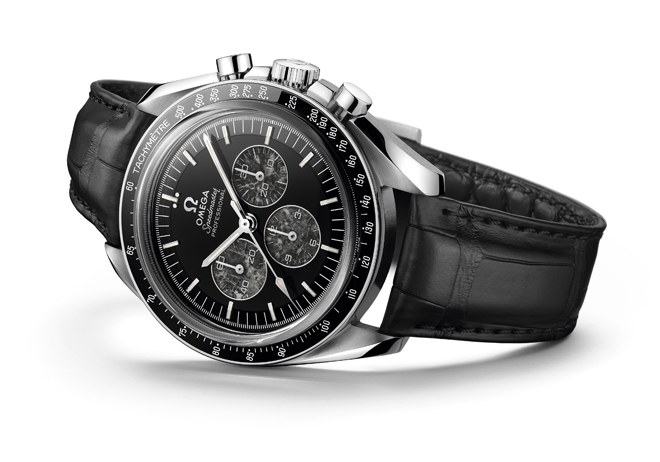 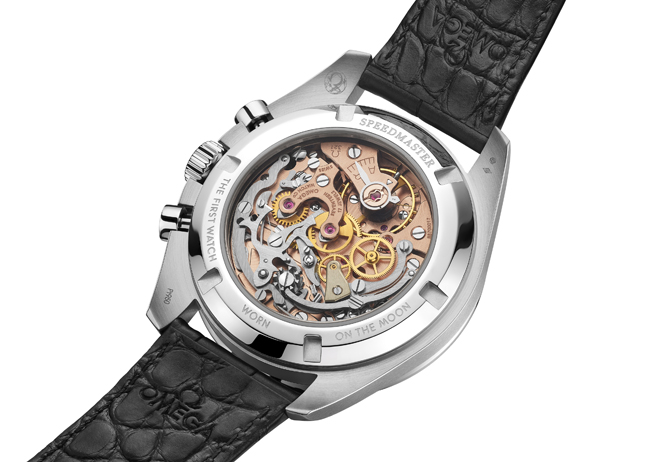 One Generation to the Next: Omega’s Calibre 321 in the Speedmaster Moonwatch 321 Platinum

While the Calibre 861 and the subsequent 1861 evolution cam-lever chronograph movement is more familiar to watch lovers today, the original Calibre 321 which powered the first batch of NASA tested Speedmasters makes an epic return on the 50th anniversary of the moon-landing. Known for its beautifully intricate design based on a famed Lemania chronograph calibre used by the likes of Patek Philippe and Vacheron Constantin, the Calibre 321 was the first movement ever used in the original Omega Speedmaster in 1957. 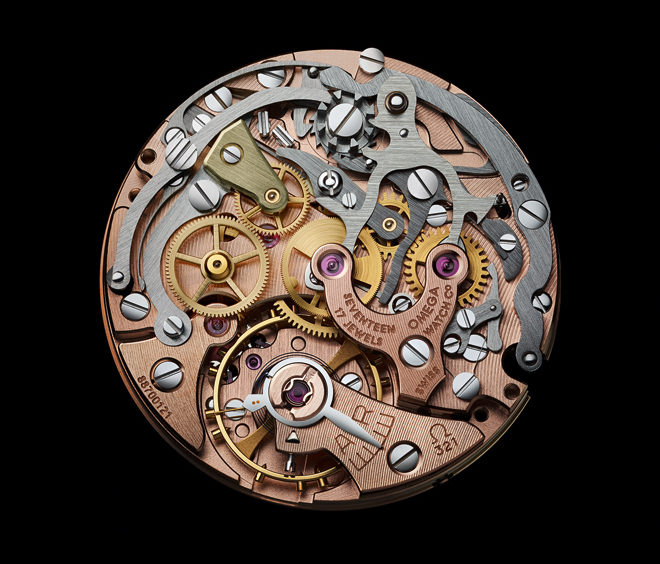 Used in a variety of space-bound models including the Speedmaster ST 105.003 (the model tested and qualified by NASA and worn by astronaut Ed White during the first American spacewalk) and the Speedmaster ST 105.012 (the first watch worn on the moon on the 21st of July, 1969), the Omega Calibre 321 represents a significant milestone for both brand and human civilisation. Equipment failure a quarter million kilometres away from home, on the threshold of the new frontier, is one of the few anticipated and thoroughly accounted issues. The calibre 321 had been tried, tested and eventually proven to handle the rigours of space travel so much so that according to Ragan: even when the hesalite crystal popped off during the Apollo 16 mission from the vibrations of the lunar drive, the watch continued to function even with exposure to moon-dust. 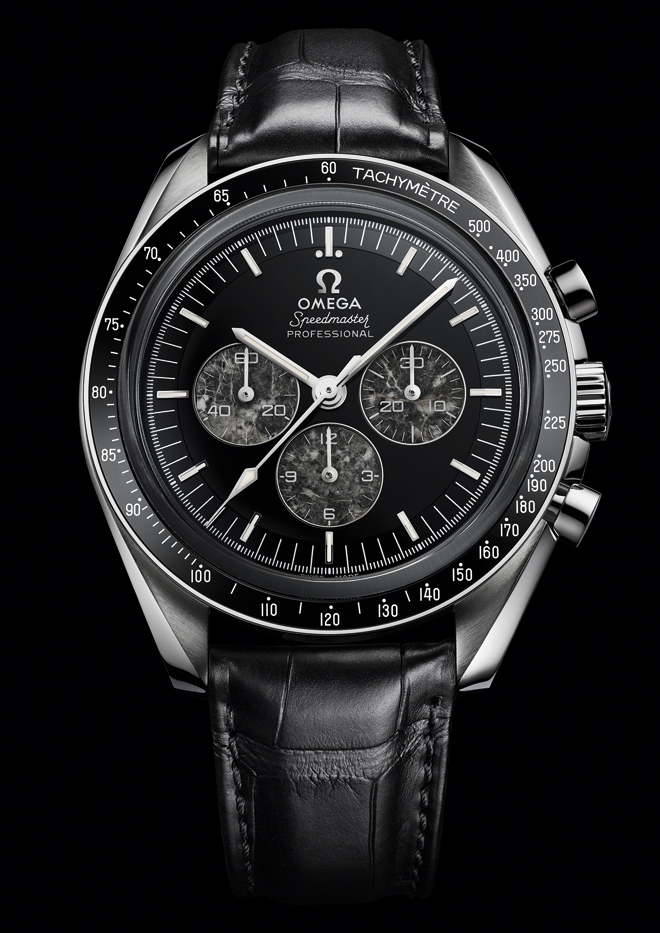 After extensive research and reconstruction, the legendary Calibre 321 has now been reborn in the Speedmaster Moonwatch 321 Platinum with its original specifications. Encased in platinum, the latest Moonwatch celebrating humanity’s momentous occasion comes dressed in an unmistakable deep black onyx step dial which serves to play up the shining 18K white gold indexes and hands (save for the central chronograph seconds hand). The additional signifier that the Platinum Speedmaster 321 is unlike any Moonwatch before is the notable addition of three moon meteorite subdials in tribute to the Speedmaster’s lunar history, providing a genuine link to the Calibre 321, which has powered every Speedmaster ever worn on the moon. There are few symbols in the world which encapsulate a cross-generational dream, and platinum or not, the Omega Speedmaster, more so than ever with its new calibre 321, has never failed to keep the fires of imagination burning even when the world has moved on to more Earth-bound considerations.

Cryptocurrency Is A Currency Of The Future

Three of the Most Impressive Casino Resorts in the World

The Factors That Make Bitcoin An Attractive Asset

All You Need To know About Betting Exchanges