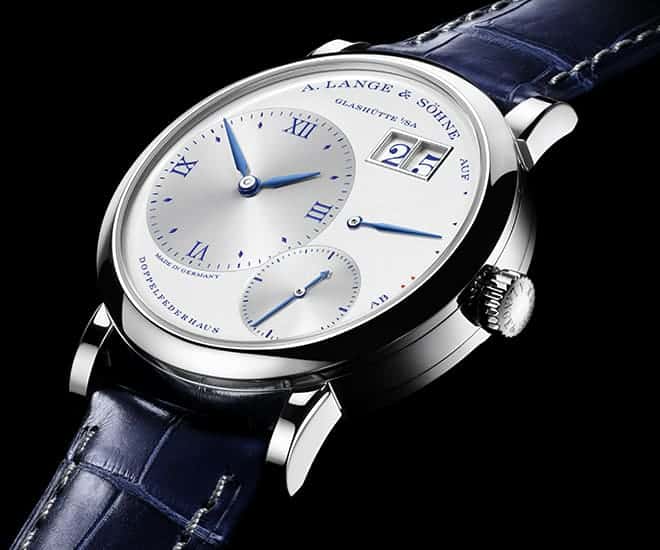 On the occasion of the 25th birthday of A. Lange & Sohne, the Saxony manufacture has launched the celebratory Little Lange 1 anniversary special edition. Despite its moniker, it is no small watch, the Little Lange 1 joined the family in 1998, four years after the debut of the larger Lange 1 in 1994. Measuring 36.8mm, 1.7mm smaller than the full sized Lange 1, the new Little Lange 1 is introduced in a limited edition of 25 pieces (one for each birthday if its not readily apparent), available in white gold with a blue printed argenté-coloured dial.

The special edition Little Lange 1 pays tribute to A. Lange & Sohne’s most recognisable face and the new addition to the family in white gold is the third edition of the Little Lange series. The latest Lange anniversary edition features an argenté-coloured dial in solid silver with deep-blue printed numerals and markers, blue date numerals, rather than the exquisitely finished applied markers we’ve come to recognise Lange & Sohne for in order to stay true to the spirit of the brand’s purist watchmaking ethos.

Even the signature hand-engraved balance cock of the special edition new Little Lange 1 comes with blue accents right down to the relief-engraved number “25”. Though smaller in form, the latest Little Lange 1 corresponds in design and functionality right down to the iconic off-centre dial, the recognisable Lange outsize date and the UP/DOWN power-reserve indicator. For technical reasons, a push piece was recessed in the case for correcting the outsize date. 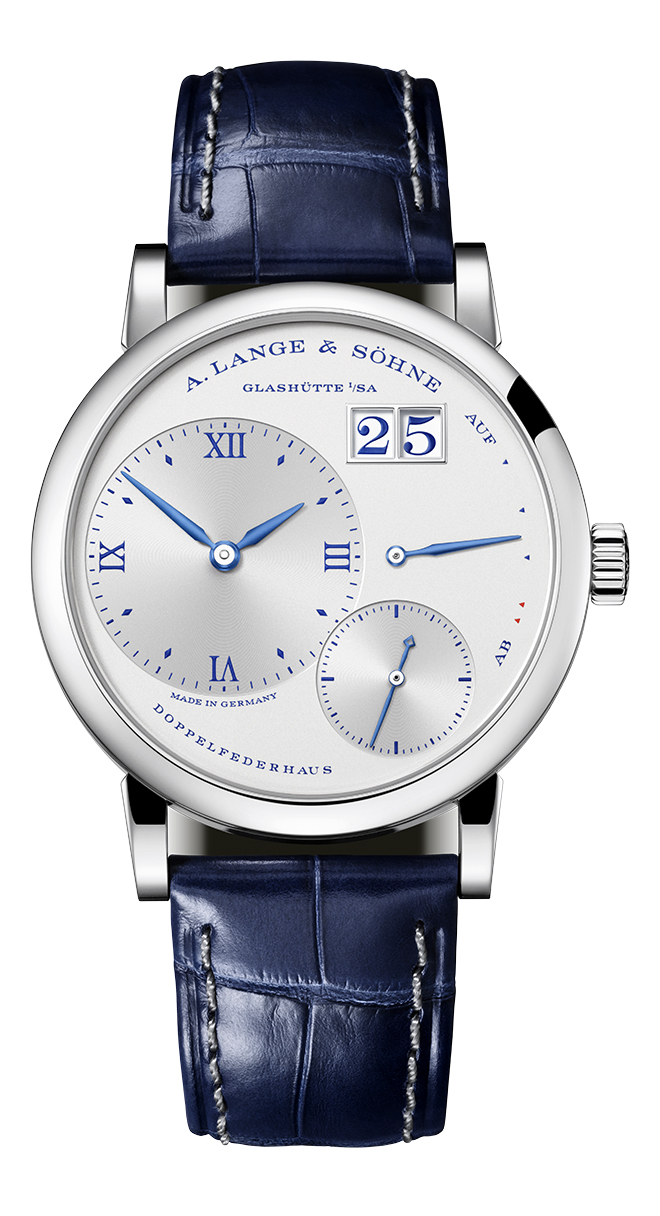 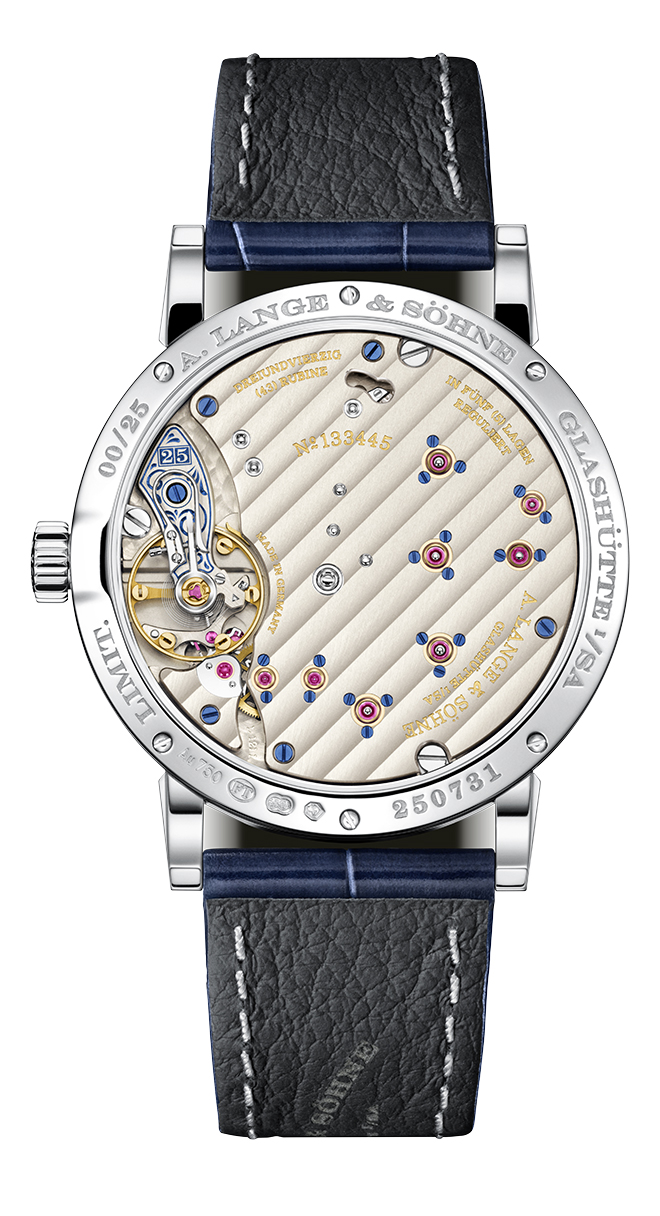