Music festivals in America are feeling growing pains. Mainstays such as Sasquatch have fallen, and newer events like Okeechobee and Wayhome disappeared as quickly as they appeared. Even the 50th anniversary of Woodstock might not even happen. It’s tough to diagnose the cause of this epidemic, and even the most established festivals have been forced to adapt to survive.

No festival better epitomizes this evolution to thrive than Coachella. This year the festival reached its 25th year, noticeably with less anniversary fanfare than its contemporaries. One can see the difference when comparing its 1999, 2009 and 2019 lineups. Beck, Rage Against the Machine and Tool headlined in 1999. 2009 was led by Paul McCartney, The Killers and The Cure. 2019? Childish Gambino, Tame Impala and Ariana Grande were barely a blip on the music radar 10 years ago. 2019’s lineup truly showcases the music of 2018 into this year, but also looks toward the future. 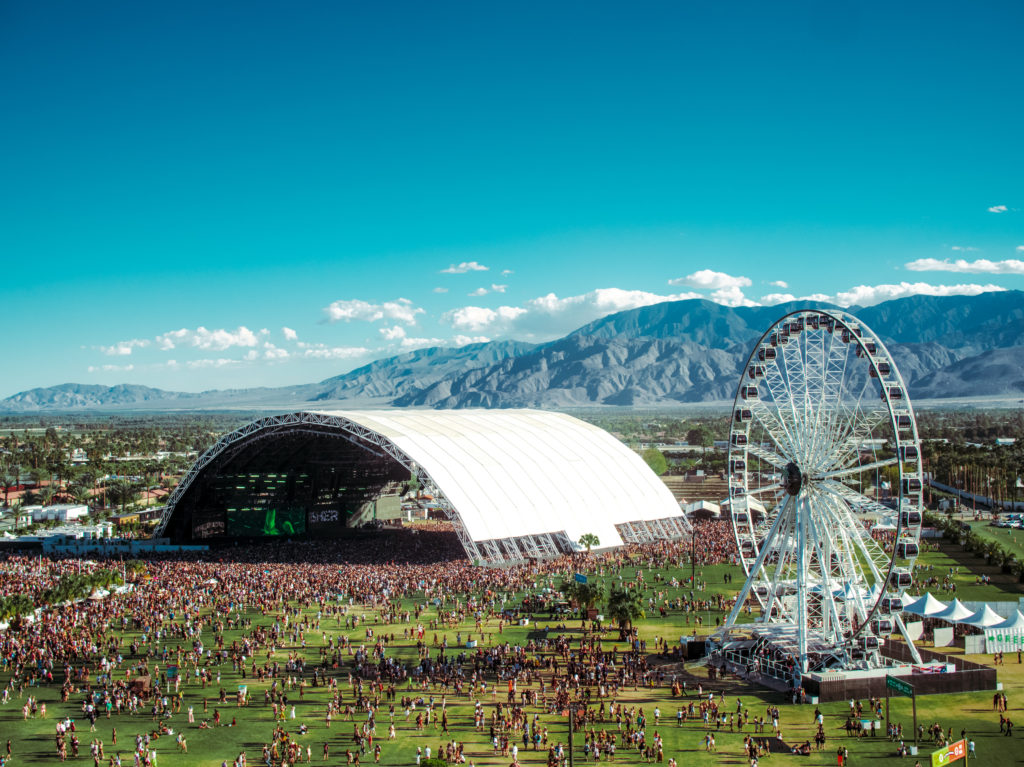 Beyond the music, Coachella’s logistics, organization and production are second to none. It’s a well-oiled machine at this point, an incredible feat for a festival held in a smaller region with thousands of attendees across two weekends. That’s not to say Coachella doesn’t have problems; sound issues plagued weekend one this year. But Coachella truly succeeds at providing a top-notch event, justifying its price tag and gradual evolution.

So, the music. The headliner trio represent three pillars of current popular music: a poppy mix of R&B and hip-hop, catchy, synth-laden pop rock and anthemic pop with a soulful, sassy twist. Notice the trend? Pop, pop, pop. Pop has come back in a big way this past year, both critically and commercially, and this trio captured the trend to a T. 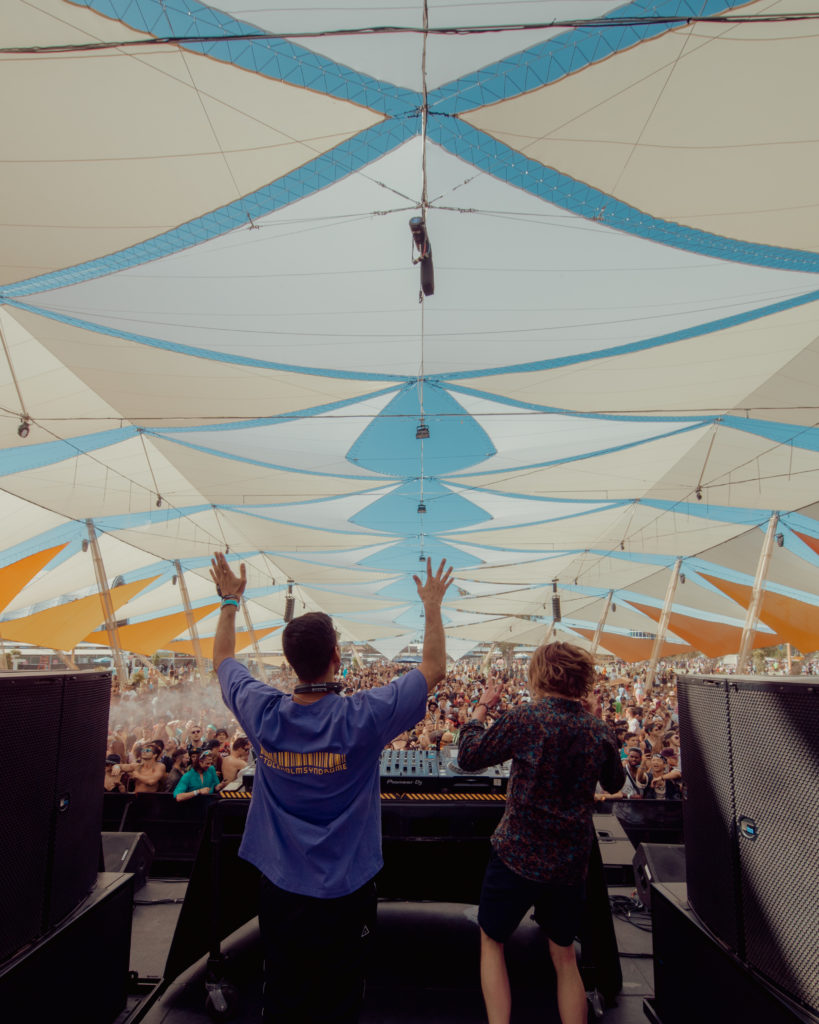 The undercard reflected the diversity of popular music as well. Latin music with J Balvin, Bad Bunny and Rosalía, hip-hop with Playboi Carti, YG and Anderson .Paak & The Free Nationals and EDM with RÜFÜS DU SOL, Diplo and Gesaffelstein. There was no shortage of talent this year, and every artist delivered with satisfying performances. Our highlights include:

Amelie Lens: the rising Drumcode star pounded the Yuma tent with a dominating kick, subtle percussion shifts and heavy bass.
Charlotte Gainsbourg: the French actress/singer brought her Sebastian-produced work to life with a full band and exceptional production.
Bob Moses: the deep/techno duo leveled up to full-blown rock band, alongside an impressive production and a surprising cover of The Prodigy.
Christine and the Queens: the French singer-songwriter-producer perhaps had the most impressive production of the festival, equipped with dozens of talented dancers, sparks and a moving rig.
Aphex Twin: a legendary, mind-bending from a unicorn. There will never be anything quite like this live set.
Nocturnal Sunshine: despite her meager turnout, Maya Jane Coles gave her bass/electro alias a great return party.
Jon Hopkins: the electronic marvel reconfigured his complex, catchy tracks for heavier live edits, and also brought two fantastic dancers with light rods.
Cirez D: Eric Prydz‘s techno alias closed out the weekend with bangers, dramatic build-ups and relentless energy

Some performances fell a bit short. Nina Kraviz attempted to deliver a new live set, ultimately veering far too deeply into performance art. We’re cool with new experiences, but when a set amounts to a seemingly prerecorded mix and odd stage theatrics, we’re left disappointed. Gesaffelstein drew a lot of praise, but we found his new show cold despite his awesome costume and improved production. 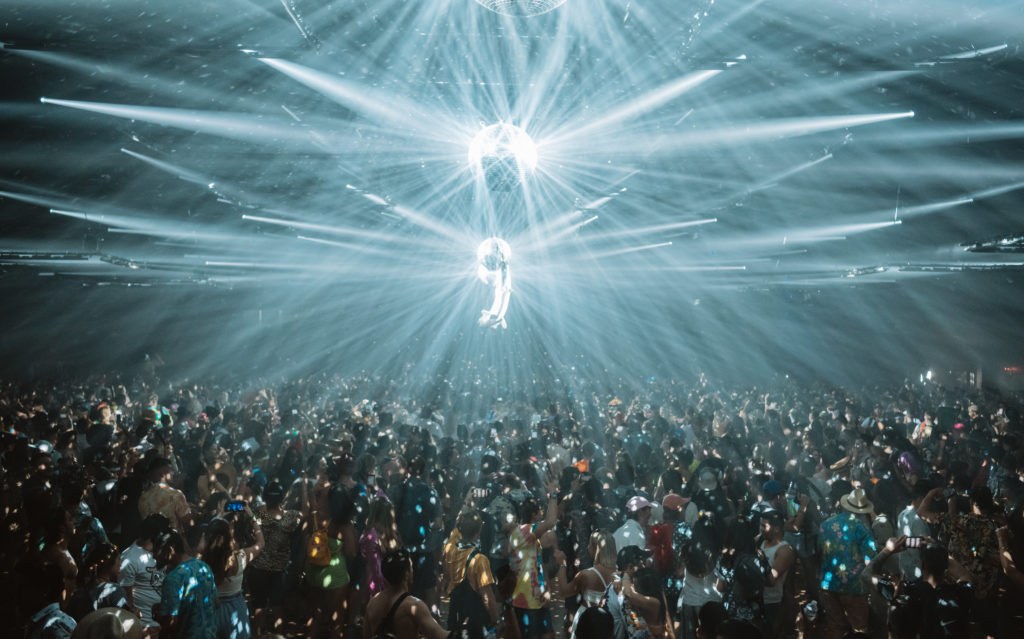 Coachella also provides amenities and services in spades. What other festival can you buy $2 bottles of water? Or go from techno in the Yuma, to a beer garden in front of the Sahara and then to a secret speakeasy behind the Indio Central Market? For food, you can munch on everything from spicy pie to paella. Beer gardens keep alcoholic consumption in designated spots, helping the festival stay clean and relatively orderly.

Crowd control also turns out wonderfully. Despite all the attendees, Coachella never feels that crowded. The seven primary stages coexist peacefully, giving attendees plenty of room to navigate and explore. Smart curating and scheduling also deters camping for the most part, giving fans a chance to get close for most sets. 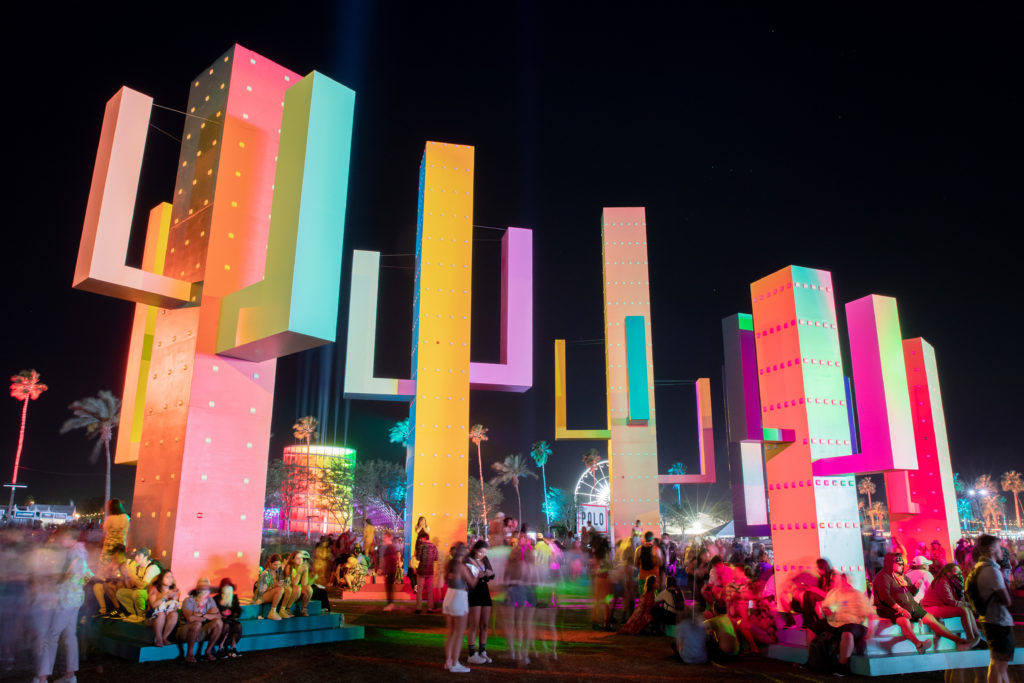 Corporate sponsorship is inevitable in festivals today, but Coachella handles it gracefully. Instead of letting sponsors name stages like Lollapalooza, Coachella gives sponsors designated tents or activation areas. American Express, Absolut and Calvin Klein had such tents with free water, charging stations and complimentary merchandise. Postmates handled the festival’s food reservation system, which worked out surprisingly well. Amazon even had Amazon Lockers on-site for festival deliveries. Normally this level of corporate sponsorship would make us puke, but these were designed with attendees in mind.

Coachella’s visual and audio production stand tall among the multigenre music festivals in America. The flagship Coachella Stage continues to utilize massive LED screens, plus giving room for artists to bring their own production. The Sahara tent is a perfect fit for EDM acts, equipped with sprawling screens and overhead lights. The Yuma recreates a club in the festival, supplemented with lasers, countless lights and disco balls…even a shark-shaped disco ball. The Do LaB even expanded to a more open format, still offering guests plenty of shade with performances from rising star and special guests alike.

Coachella’s sound is normally near flawless as well. However, this year faced many challenges in the sound department. Sound bleed between the Coachella Stage and the Outdoor Theatre was a regular occurrence. Same could be said between the Gobi and Mojave tents. It’s great these stages are so close together, but almost all quiet or reflective moments in sets were ruined by sound bleed. Mic issues and feedback problems also affected artists, notably Billie Eilish. Artists like Childish Gambino and Anderson .Paak were also criminally quiet. 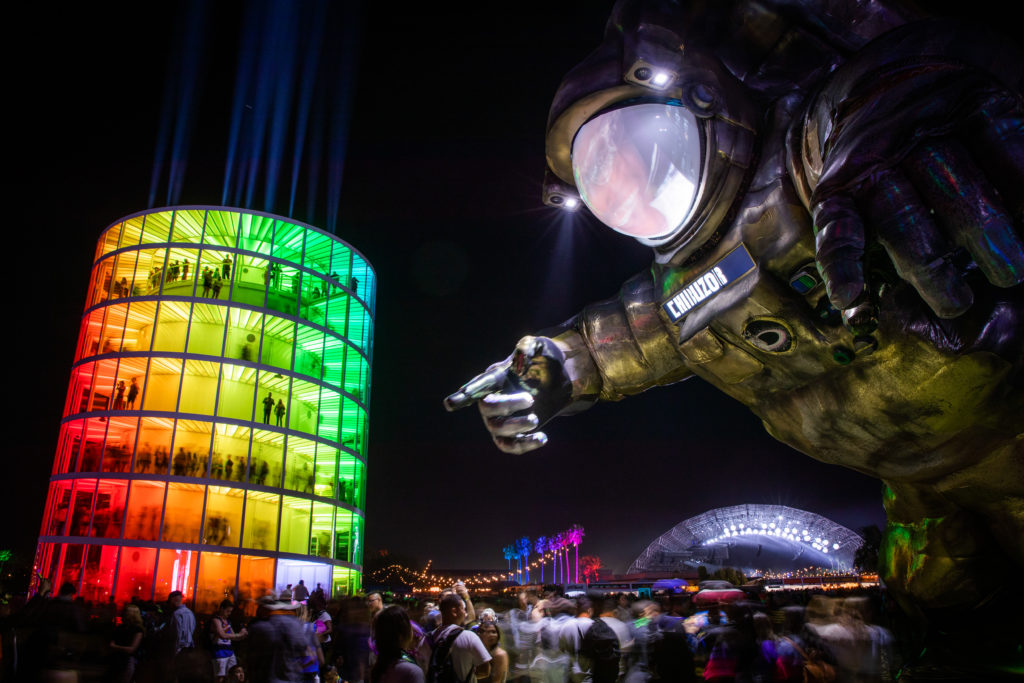 Despite the increased sound problems, Coachella’s sound worked wonderfully when the stars aligned. There’s nothing that will match the Yuma’s encapsulating bass, nor the Sonora’s rock-oriented sound system. Coachella tends to focus on fixing issues year to year, so we expect organizers and production staff to focus on refining the sound for next year and beyond.

Finally, Coachella’s art still dazzles. The art presence is the only area where it felt like Coachella was honoring its past for its 25-year anniversary. Previous favorites Poetic Kinetics and Debo Vabo returned with sequels to two beloved art pieces of the past. Poetic Kinetics brought its traveling astronaut back, this time looking dirty and weathered as if returning from a long space voyage. Debo Vabo created the best art piece of the festival: H.i.P.O. Imagine performance art underneath a comical rocket, beneath it glassed rooms with men in hippo costumes. As the night progressed, these hippos experimented, bickered and even danced. Their commitment was excellent, and it was always a treat to see the hippos do their thing.