From Gucci to Burberry, some of the biggest and most iconic names in the luxury fashion industry are recognisable the world over – and in 2020, they are now more accessible than ever before.

Regularly seen on millennials and social media influencers who have made them household names, it’s a far cry from the world many of these brands were established in, many of them over 100 years ago. As times have changed, many fashion houses have been forced to move with along with them and rebrand in order to remain one of the key players in the industry – but how do you give such a renowned name a complete makeover, without damaging its reputation or alienating its existing customer base?

The corporate rebranding process is not an easy one, and is a risky business for brands that are beloved largely because of the level of exclusivity they signify – attracting affluent buyers who take pride in the fact that their attire is not for just anyone. But, for many brands, releasing the reins a little in that regard has been the key to long-lasting success – and all because those at the top were brave enough to take the leap.

By embracing modern trends – not just in the design process, but in their approach to marketing, too – they have managed to propel themselves firmly into the modern age, becoming household names that are highly sought-after and that the younger crowd are happier to open their wallets for than ever before.

So, how exactly do you get the rebranding process right? We take a look at three of the biggest names in the industry that have done it well – and that have set the fashion industry on fire in a whole new way. 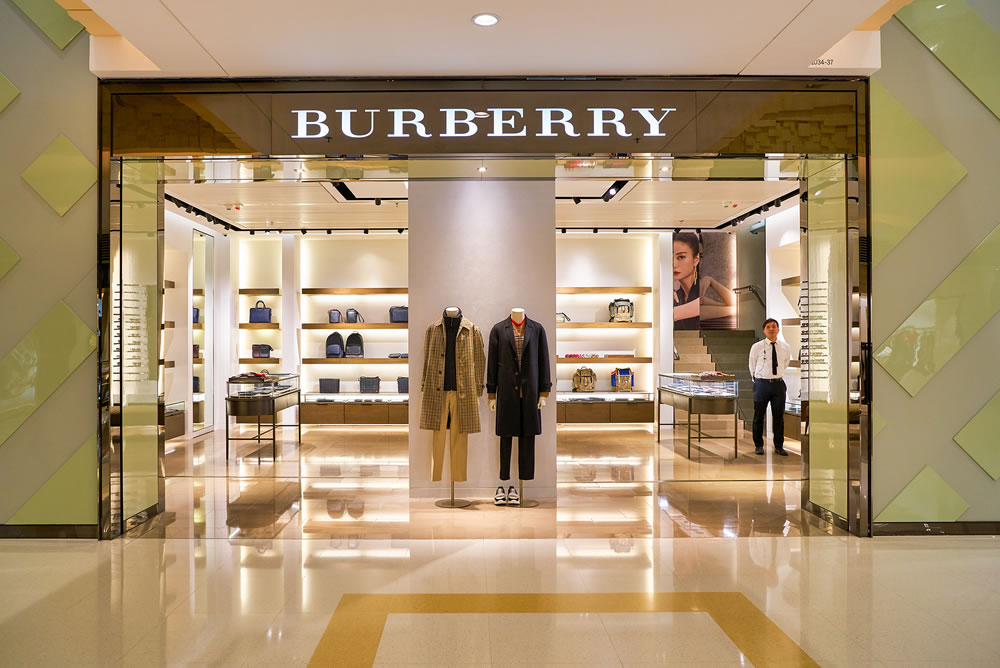 The distinctive checked Burberry pattern is instantly recognisable on a global scale. Founded in the UK over 150 years ago, the once small brand, which was renowned for its waterproof gabardine and trench coats, is beloved by the rich and famous – but in recent years, it had become somewhat passé and was in desperate need of an overhaul, its reputation having been somewhat tarnished by the fact that its prints – albeit counterfeit in many cases – had become widely associated with gangs and football hooligans. In some areas, pubs even started to ban anybody from wearing the print from entering – a disaster for Burberry that required a drastic rebrand.

Today though, it has been re-established as one of the most popular designer labels amongst high-profile celebrities, and has often been seen on the likes of Kate Moss, Emma Watson, and other big names. This was all thanks to a successful rebrand back in 2001, led by creative director, Christopher Bailey, which saw the brand head off in an entirely new direction, mixing classic with modern to create some of the most highly-coveted pieces to ever be seen on the catwalk.

Since then, its sales have quite simply skyrocketed, its once unfavourable reputation now well and truly shed. 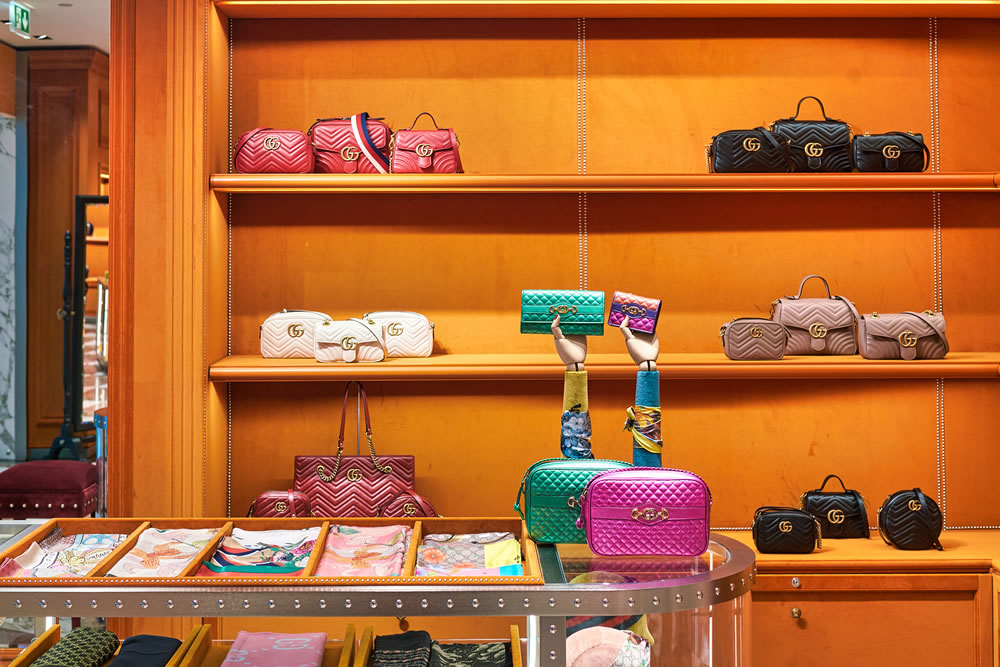 Gucci has undergone perhaps one of the most notable rebrands in the entire luxury fashion industry’s history. Image credit: Sorbis/Bigstock.com

Gucci has undergone perhaps one of the most notable rebrands in the entire luxury fashion industry’s history. At almost a century old, its popularity was slowly beginning to wane, with its distinctive GG logo weighing it down by the time Marco Bizzari took the helm in 2015.

Marco knew that it was time for a change, and opted to bring in Alessandro Michele – someone who, with his bold and brave sense of design, was just the right person to help him take the brand in a new direction.

In order to appear to a millennial audience, the brand was given a more relaxed feel, and collaborations with renowned hip-hop stars and edgier catwalk models began. Marketing for the brand took on a humorous feel, with self-deprecating memes easily endearing it to the younger crowd.

Fusing modern streetwear with all-out luxury, Gucci’s rebrand was a resounding success, with its annual turnover continuing to grow and a whole legion of younger fans and influencers doing the hard work for them. This is a brand that has taken the leap and propelled itself firmly into the modern age, embracing the power of technology despite its traditional history. Bizzarri and Michele took a risk – and there’s no denying that it paid off handsomely. 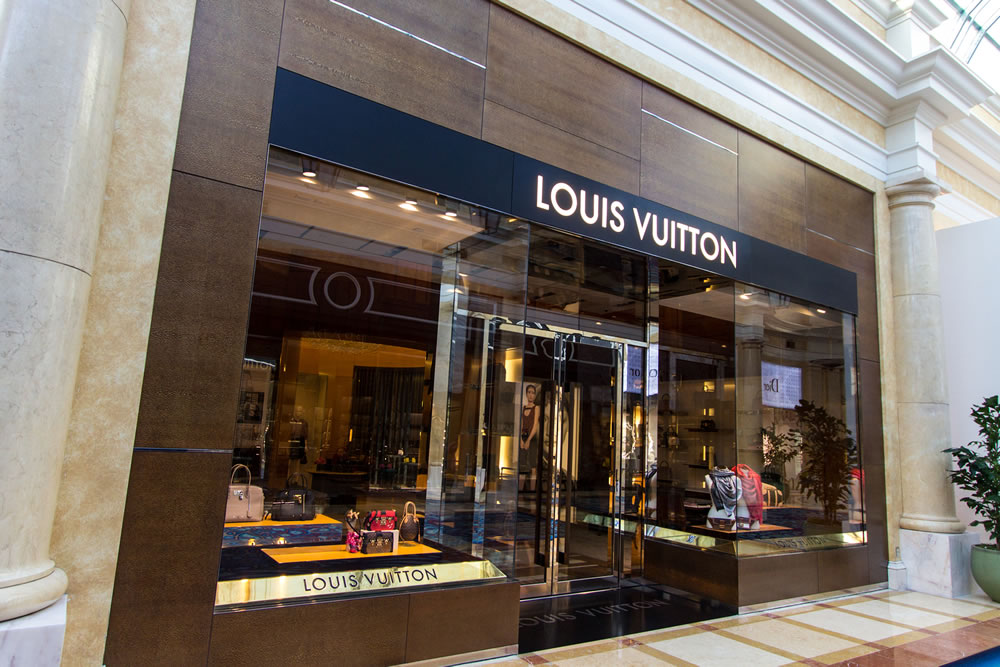 Louis Vuitton made the headlines when a simple logo change brought it firmly into the new age. Image credit: ehrlif/Bigstock.com

Another luxury fashion house that has moved with the times, Louis Vuitton made the headlines when a simple logo change brought it firmly into the new age. Traditionally perceived as aspirational, not accessible, the brand followed Gucci’s lead by taking a more relaxed approach to marketing, moving its advertising from shows and print materials to online and fully embracing the digital age.

In 2018, the brand hired a new director for its menswear range, collaborating with popular streetwear brands to tap into a younger audience. Its internal processes have changed, too – something that is evident in its diverse fashion portfolio and omnichannel presence.

Its monogram is used in different ways these days than it ever was before, and sometimes, it is even absent entirely. – something that would never have been allowed in the past.

Image credit at the very top of the article: Amor26/Bigstock.com via luxurylifestylemag