One trend that’s on the rise, not based on a style or taste, but because of the changing face of masculinity, is men’s interest groups.

The conversation around men and modern masculinity has opened up conversations about mental health, male suicide rates, and breaking down the barriers of what some would call toxic masculinity, which means this is a movement we don’t want to see go the way of sideburns.

According to mental health charity CALM, an average of 12 men in the UK take their own lives every day, while 84 per cent of men bottle up emotions and 55 per cent of those who experience depression never tell anyone about it.

A recent example was the Self-Care Sunday Brunch, from the Festival of New Masculinity organised by Book of Man. The brunches combined talks on topics as fatherhood, the outdoors, grief, plus informal banter around food and beer. The point, along with many other groups, is to talk and connect with other men. 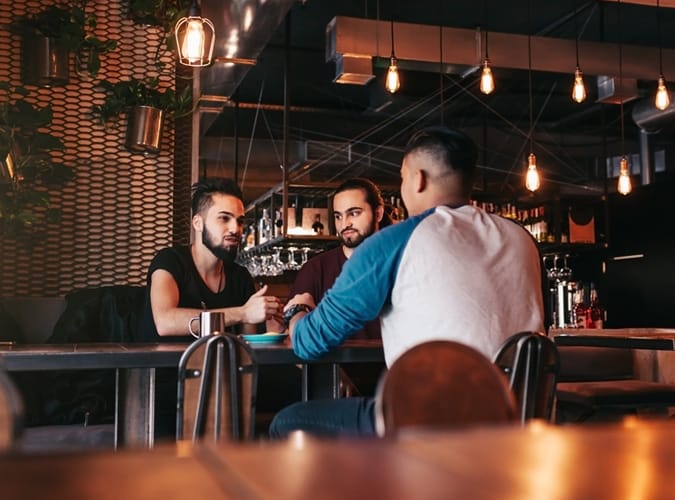 “Men’s groups are quite interesting and growing around the country because men haven’t really had a forum to do this before,” says Martin Robinson, the founder of Book of Man and Self-Care Sunday Brunch organiser. “They’ve never spoken about stuff they’ve been through. It’s about bringing men together in a way that isn’t too scary and off-putting. That can only be a good thing.”

It’s a case of some good old-fashioned male bonding, which can fall by the wayside as men get older and find it harder to hold onto friends.

“When you start getting into the heavy period of your career and start having kids, it’s easy for that side of things to drop away for men,” says Robinson. “They’re less likely to have the support network around them that women have. Men deal with things in isolation and don’t ask for help. It’s kind of the same thing that mental health and suicide problems are about.”

Here are six of the best men’s groups in the UK. Whether you use them directly or for inspiration, it has to be a good thing.

Andy’s Man Club was created after the tragic suicide of its founding member’s brother in-law. It began as a small support group in Halifax but has grown to a Facebook group of thousands, with a celebrity endorsed social media campaign #itsokaytotalk and more than 400 men through the doors of its groups on any given week.

“Our whole ethos is that it’s okay for guys to talk and speak about how they’re feeling,” says Andrew Greenway, a project development worker from Andy’s Man Club. “Even if they want to come and sit in silence, that’s fine. Just coming through the door is an important step. You don’t have to have had a mental health condition. You can just want to be part of something.” 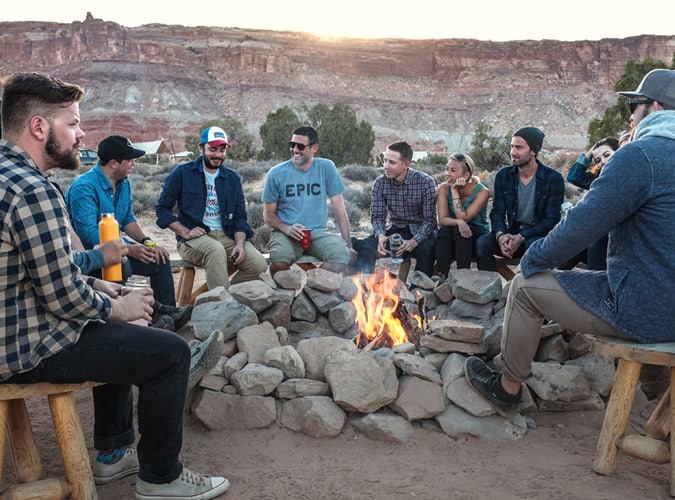 Andy’s Man Club is open to any man over 18. The group follows a format of five questions, which can be about anything from target setting to your favourite feel-good song. “Groups for men are vital,” says Greenway. “For a long time male mental health has been stigmatised. Here are some of the best groups for men happening now. The way society has taught us to be needs breaking down. It needs challenging.”

Based in Worthing, West Sussex, Dad La Soul was set up to tackle the loneliness of fatherhood, i.e. standing in the playground with no one to play with.

“Dads tend to be outsiders,” says Dan Flanagan, founder of Dad La Soul and dads magazine site Don’t Believe The Hype. “Trying to organise play dates as a dad is quite difficult, so I decided to create something for dads.” Dad La Soul is a monthly get together of dads and their kids, combining learning, play, and socialising, with themed workshops, which have so far included DJ, stand-up comedy, science, and film-making workshops. “The idea is that dads can make friends as well,” says Flanagan. “The different themes open up different conversations. You find yourself bonding over different things – not just the fact you’ve got kids roughly the same age.”

The five-a-side team has long been a go-to option for men to get together without it getting too touchy-feely (aside from all that running around in shorts and sweating together, of course). But mental health charity CALM has created an initiative to bring your football team in line with the current debate about men and mental wellbeing.

As part of a wider collective of CALM Clubs (there’s also a running club, for instance), your team can join and will be given resources, content, and tools to support players and raise awareness around mental health issues. It’s entirely up to individual teams how they approach the group meet-ups, but there are planned tournaments and other events for participating teams. Survivors UK is an organisation for male survivors of sexual abuse and began its group programme two years ago.

“We felt it was important for men to have the opportunity to come together to speak and provide peer support, especially around an experience that can be quite isolating,” says administrator Katherine Cox. “People getting together and connecting is the most profound experience. We’ve found that some people have cemented quite lengthy, profound friendships.” Across 12 sessions, members create their own bespoke programme by choosing themes and topics – anger, shame, flashbacks, or coping strategies – with skills-building, discussion, and individual creative activities.

Breaks also give attendees a chance to hang out. “It gives men, many of whom struggle with social relating, an opportunity to chat,” says Cox. “It might be stuff that’s come up from talking about abuse, but also football, weather, etc.”

The programme has been so successful there’s also a monthly get-together for anyone who’s attended or is on the waiting list for Survivors UK.

This new storytelling group comes from MensCraft, a Norwich-based community interest company which looks to promote “activity, identity, and meaning”, through a range of programmes for boys and men around masculinity and men’s issues. MensCraft identifies some men’s lack of meaningful social connections and hosts a number of groups, including Males’ Tales. 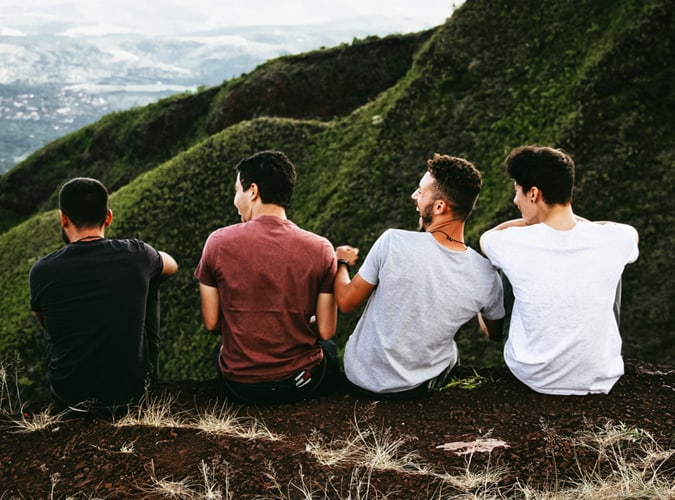 The event gets men together to practice the art of oral storytelling – you can spin any yarn you want, from a folk tale to a true story that actually happened to you. Sessions are friendly, supportive, and booze free (seriously fellas, your drunken stories aren’t as funny as you think). You can even just attend to listen and MensCraft insists there’s no pressure to perform.

Inspired by the book No More Mr Nice Guy by Dr Robert Glover, this group is about empowering and supporting men to be “better versions of themselves”. The concept is predicated on the idea that some men are conditioned to please others, suppress feelings, and avoid conflict – AKA “Nice Guy Syndrome” – which is ultimately self-defeating and unfulfilling. The groups are nationwide and meet twice monthly. Both open discussion and 1-to-1 coaching formats allow men to connect and open up about being ‘nice guys’, finding ways to take positive action, challenge themselves, ultimately take charge of their lives – whether that means relationships, work, or self-image.