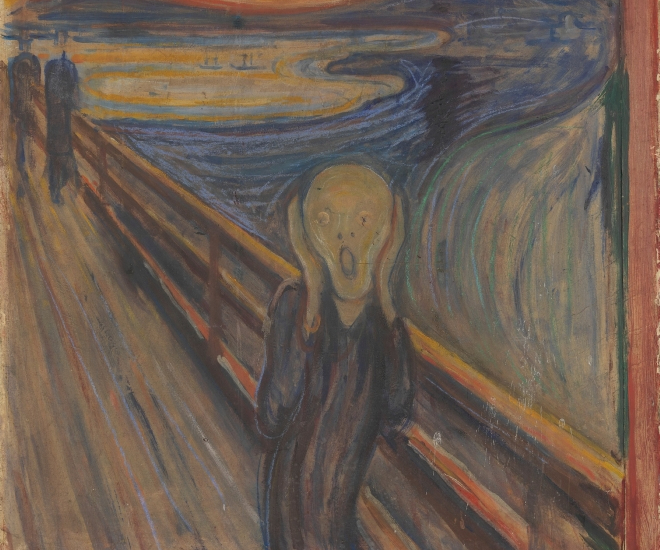 First found by a Danish art critic in 1904, the inscription was scrawled in the painting’s top left-hand corner and reads “can only have been painted by a madman”. For years, it was believed to be the work of an unknown vandal who took issue with Edvard Munch’s disconcerting artwork. This theory was supported by the fact that upon its first public unveiling in 1895, critics brushed off the painting as the work of a mad man, arousing speculation regarding Munch’s mental health.

According to Thierry Ford, paintings conservator at the National Museum of Norway, “The writing has always been visible to the naked eye, but it’s been very difficult to interpret”. However, advances in technology have been able to shed new (infrared) light on the subject. Using infrared scans, curators at the museum were able to analyse the inscription in greater detail, allowing them to discern nuances in the handwriting. When compared to Munch’s diaries and letters, the handwriting was found to be an exact match. Events that happened around the time the painting was first unveiled also support the idea that Munch scribbled the damning words himself. 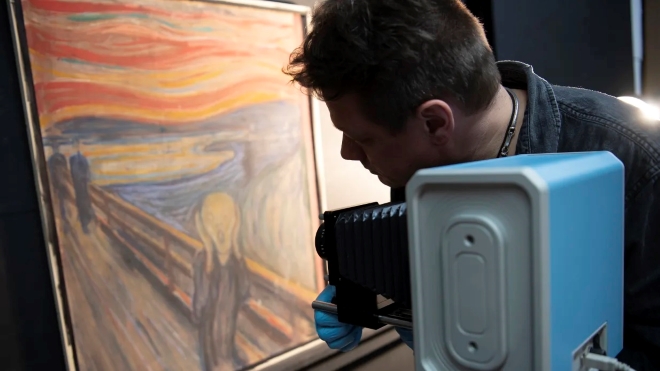 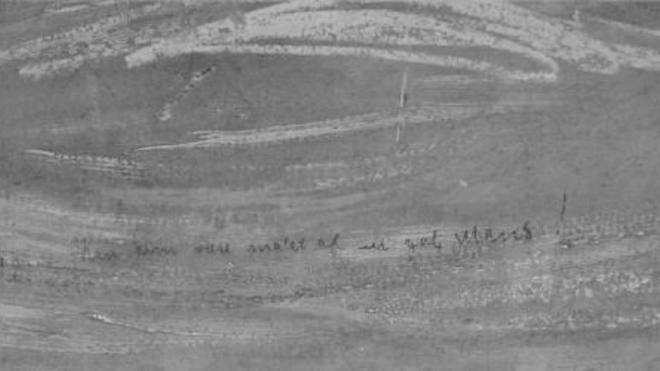 An infrared image of the inscription on The Scream; Image Credit: Courtesy of Nasjonalmuseet / Børre Høstland

The Scream is an autobiographical piece of expressionist art. It was inspired by a walk that Munch took with two other companions, depicted in the background of the painting, whilst in a state of mental unease. During the walk, it said that Munch heard an actual piercing scream after his companions left. Munch took this experience and, utilising art nouveau, distorted the protagonist in his painting to such a degree that it removed all personal identity, leaving an expression of pure distress and anxiety in its open-mouthed scream. Reportedly, the same anxiety that Munch felt at the time of painting. It should be noted that Munch was well aware of the effects that this style of art could have on neurotic personalities and rarely, if ever, employed it again.

As mentioned, following The Scream’s reveal, many questioned Munch’s mental state. In 1895, during a discussion night at a Students Association, a young medical student, Johan Scharffenberg, claimed Munch’s paintings proved that he was of an unsound mind. Henrik Grosch, director of the Norwegian Museum of Decorative Arts and Design at the time also wrote that Munch could no longer be considered “a serious man with a normal brain”. These judgements tormented Munch greatly and he often expressed these sentiments in his diary.

According to Mai Britt Guleng, a curator at the National Museum of Norway, “the theory is that Munch wrote this (message) after hearing Scharffenberg’s judgment on his mental health, sometime in or after 1895”. 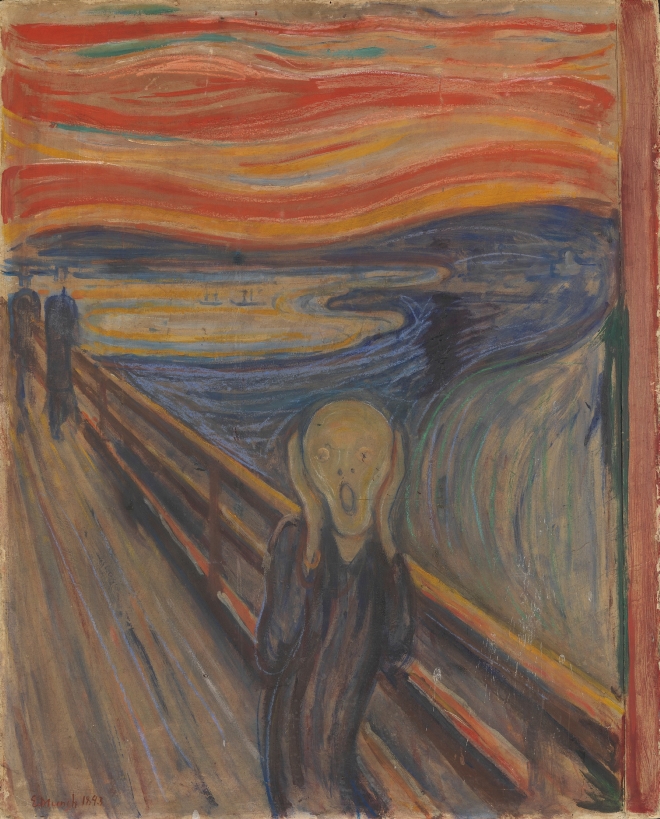 For The Scream, Munch made use of Art Nouveau, removing all personality from its protaganist. He rarely, if ever, returned to this style of painting. Image Credit: Courtesy of Nasjonalmuseet / Børre Høstland 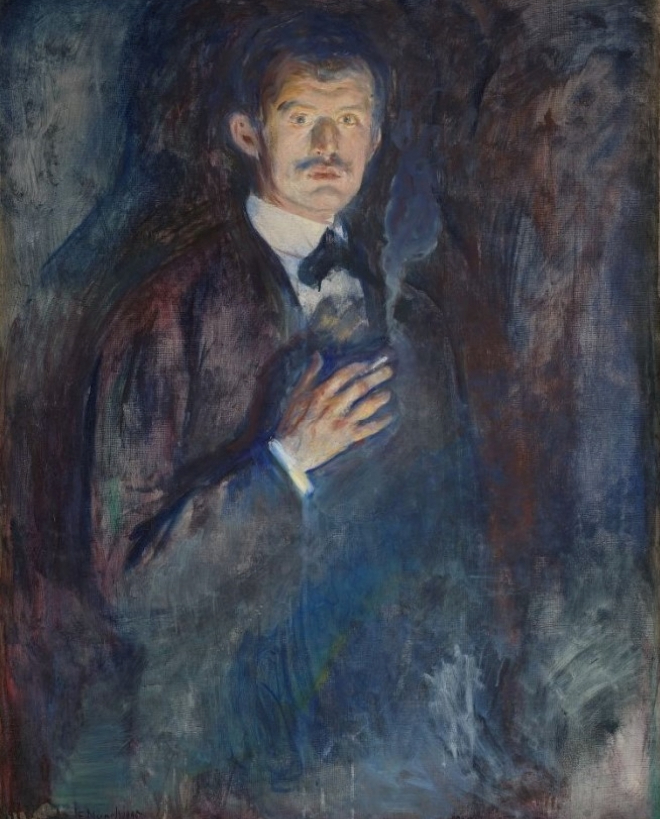 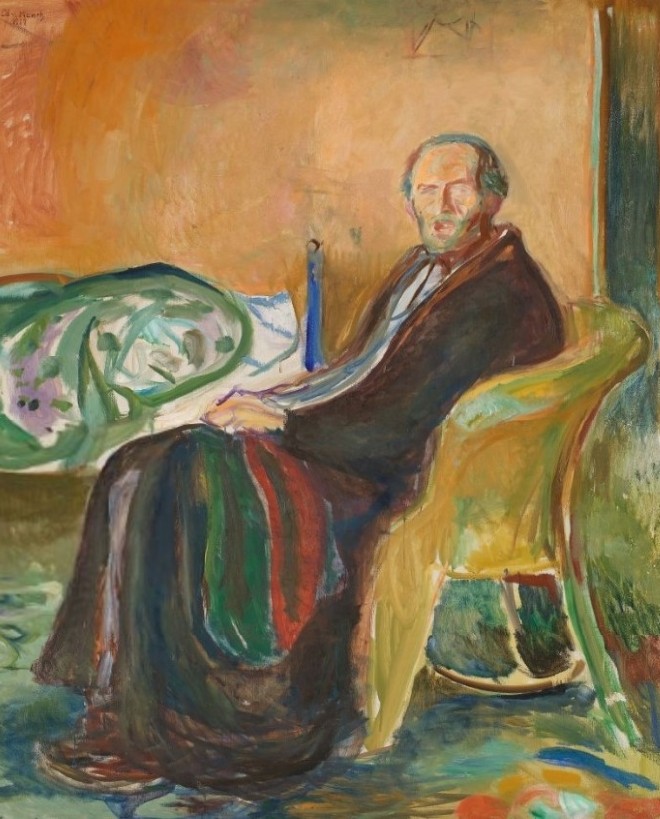 The Scream is now widely hailed as a masterpiece, capturing the feelings of anxiety and depression Munch struggled with, and which countless others continue to battle to this day. This discovery of the hidden message’s origins further drives home the importance and continued prevalence of mental health illnesses, emphasising how anybody could be susceptible to it.

Guleng said in a statement, “the inscription can be read as an ironic comment, but at the same time as an expression of the artist’s vulnerability”. Artist’s illustration of how the new Munch Room at the National Museum of Norway could look like; Image Credit: Courtesy of Nasjonalmuseet / Guicciardini & Magni Architetti

The painting has rarely been seen in public since it was briefly stolen some 20 years ago. It has been undergoing exhaustive research and conservation at the National Museum in preparation for a public exhibition at the opening of its new building, scheduled for 2022. The Scream will be displayed alongside several of Munch’s most famous pieces including Madonna, and Self-Portrait with Cigarette in a new room dedicated to the artist. For more information on the upcoming exhibition, head over to the National Museum’s website here.

By admin 60 mins ago