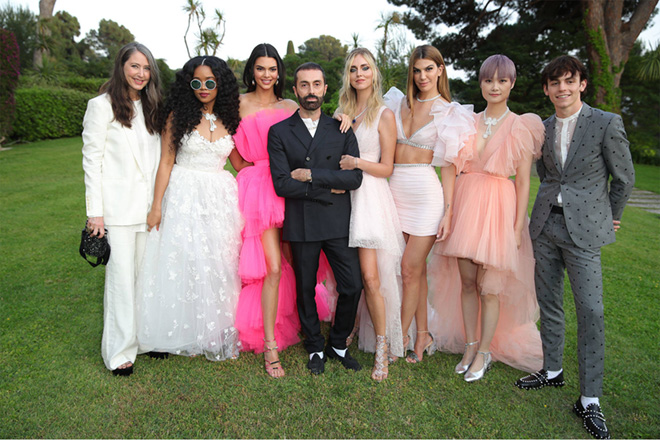 The global fashion industry has an estimated value of slightly over 3 trillion dollars; while traditional luxury fashion conglomerates which hold brands like Gucci, Prada, and Louis Vuitton, have maintained strong positions globally, the rapid growth and reach of fast fashion purveyours led by giants like Zara, Forever 21, and H&M have been utilising a controversial strategy of copy-catting runways and then delivering them to market at the speed of the internet. The combination of versatility and affordable pricing makes them a compelling choice for middle income and even some high end consumers who might prefer to spend more on ultimate experiences. Once upon a time, high end brands believed copycats were not only eating their share of the pie but were also creatively offensive, sparing no expense at the courtrooms with lawsuits. However, the utilitarian nature of clothing and thus fashion, makes it difficult to enforce intellectual property protections since “Creative elements of a design that can be separated from the functional elements are subject to protection”. Hence, fast forward, designers, and luxury brands, have reached a somewhat comfortable detente with fast fashion. Or have they?

The Good, The Bad & The Ugly of Fast Fashion Collaborations with Luxury Designers and Brands

Oddly, it may sound counterfactual but a 2014 study by Carnegie Mellon University PHD candidates actually found that “Contrary to the conventional wisdom, we find that prohibiting low-end copycats can decrease the demand of high-end brands significantly.” In that regard, the fashion world has grown increasing comfortable with the letter “X” as a result. Often associated with brand collaborations, ‘SUPREME X COMME DES GARÇONS SHIRT’, for example, have become a staple trend between high end, streetwear and fast fashion, igniting social media feeds with announcements unveiling their latest collaborations to great hype. From Vivienne Westwood’s capsule collection for Burberry to Kim Jones for Dior’s menswear, everyone has acknowledge its impact of bringing influential brands and people together for a solid collaboration.

Louis Vuitton and Supreme, which sold out at eight dedicated pop-ups around the world and has increase in resale value on platforms such as eBay. You can currently buy a red keepall for just under £14,000 on the latter, almost six times the original retail price. Such luxury collaborations have proven its success and economic sense over the years and the word ‘collaboration; has been part of fashion’s everyday language.

Comparatively, the saturated market of collaborations has pushed fast fashion retailers into collaborations as their next biggest marketing strategy to keep its consumers hungry for more. The Swedish high-street retailer H&M has announced that its next collaboration is with the Paris-based Italian designer Giambattista Valli on Project Love. Looks from the Giambattista Valli x H&M collection were worn by celebrities attending the event, including model Kendall Jenner in a flourescent-pink tulle dress. Valli is a celebrity favourite on the red carpet – with Lily Collins wearing his design at Met 2019. Though the entire range is only available in November 7, the collection has already sold out. 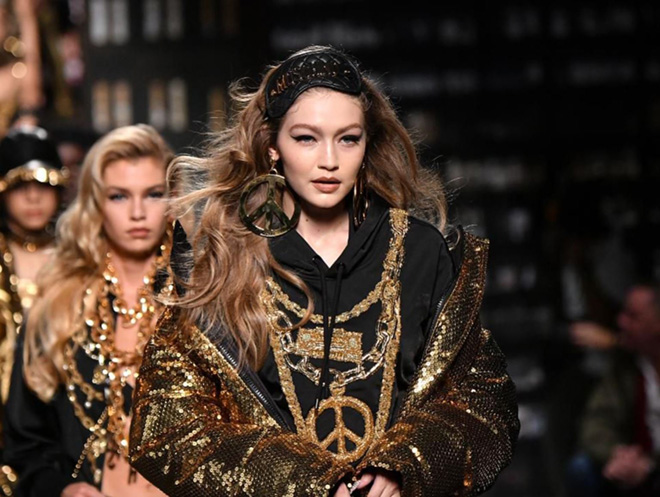 This isn’t the only collaboration that is a sell-out. Moschino’s flamboyant creative director Jeremy Scott collaborated with H&M in 2018. Featuring pieces from cartoon graphic shirts retailing at $64.95 to Moschino bags modelled by Gigi Hadid for $300, the collection was bound to be a sell-out.

If it’s not already evident, collaborations are great for rocketing revenue and generate impressive exposure. H&M is known to work with luxury brands or prominent designers on annual collaborations for 15 years and counting and now, Giambattista Valli will join the impressive list of H&M collaborations which includes Karl Lagerfeld, Kenzo, Moschino, Alexander Wang and more. According to Business of Fashion, #KenzoXHM in 2016 registered a total of 81.6 million impressions on Twitter and Instagram while #AlexanderWangXHM (2014) registered 266 million impressions – an analysis done by Brandwatch. This is definitely a boost in positive brand perception and drive more consumers to H&M stores. 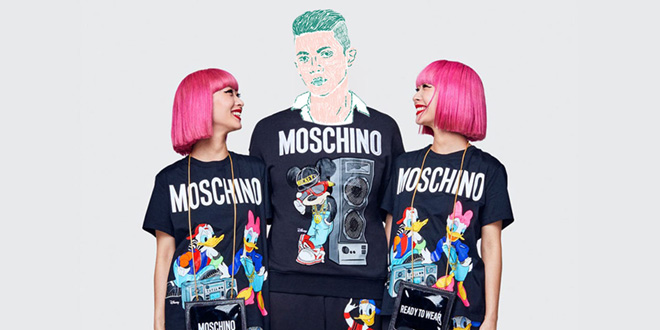 The Downsides of such Collaborations

Making high fashion accessible via lower prices and making them limited edition has given one the appearance of exclusivity. However, it is false sense of attainable luxury. In such collaborations, luxury designers or brands lend their name to fast fashion retailers and effectively mislead consumers into thinking that they are getting the same level of quality and artisanship. Words like ‘luxury’ and ‘expensive’ naturally rolls out of consumer’s tongue when a collaboration with a high-end brand is announced. However, it is churned out by the same factories that produce fast fashion and there’s little quality assurance behind each item. Ultimately, fast fashion collaborations are only successful due to the name luxury brands offers.

And here comes another problem. Will H&M run out of designers and luxury brands to work with and what happens then? “Every year when we do this we ask ourselves should we continue it? Should we do something else?” said Kristina Stenvinkel in an interview with BOF in 2017, H&M Group communications director who has worked on every H&M collaborations since its first designer collaboration with legendary Karl Lagerfeld.

In fact, while the “X” collaboration might seem to be a relatively modern development, it has been around pre-2000s when big departmental stores and retailers like Target started experimenting with the then novel idea. After all, it generated a nice traffic bump and PR buzz what downsides could there be? Collaborations are not always an effective brand development plan because it may lead to dissolution of a high-end brand’s image or confusing its brand positioning especially when they are repeated at today’s pace and rapidity.

More egregiously, “marketing plays” when brands collaborate with a celebrity with no fashion accolades or experience, simply serve the PR buzz aspect without providing an tangible fashion element to the collaboration – this in effect leads to some customer dissatisfaction and disillusion with the brand. Instead of filling a customer need, these influencer collaborations meet the customer only on Instagram feeds where it costs nothing to like an aesthetic, without engaging the customer enough to go down and make a purchase, contributing to retail woes and further encouraging the belief that retail is dead. Retail isn’t dead, it’s just that today’s consumer is a lot smarter than they used to be. When brands execute marketing plays and promotions, they shouldn’t be touted as collaborations.