When it comes to the fashion world’s most prominent houses, they don’t come more iconic than Alexander McQueen. Renowned the world over for its statement prints – not least of all, ‘that’ skull-print silk scarf that remains a wardrobe staple for any seasoned fashionista today, the designer label made a memorable mark on the fashion industry early on, and continues to be instantly recognisable thanks to its darkly romantic qualities and oddly grotesque elements. It might sound like a daring combination, but somehow, it has always just ‘worked’.

Founded by Lee Alexander McQueen in 1992, the label enjoyed a meteoric rise to prominence within the fashion world over the ten years that would follow, with collections fast becoming the talk of the town at global Fashion Week events throughout the seasons.

Featuring streamlined, angular suits, hourglass-shaped dressed which relied upon tight corsets to nip them in at the waist, and long gowns featuring a range of embellishments, from beaded needlework to fresh flowers, Alexander McQueen shows have always had a somewhat theatrical element about them. It’s never just about the clothes, and some rather controversial themes in the label’s earlier years were arguably one of the things that put it firmly on the fashion map.

So, who exactly was Alexander Lee McQueen? And how has the brand evolved since his passing?

Born in London in 1969, Alexander was the youngest of six children, and left school aged sixteen to pursue an apprenticeship at the prestigious Savile Row tailors, Anderson and Sheppard. This would be the beginning of a thrilling journey through the fashion world for McQueen, and he went onto work in theatrical costume design at Angels and Berman – which may well explain his extravagant approach to his designs later in life, and that still live on until today. 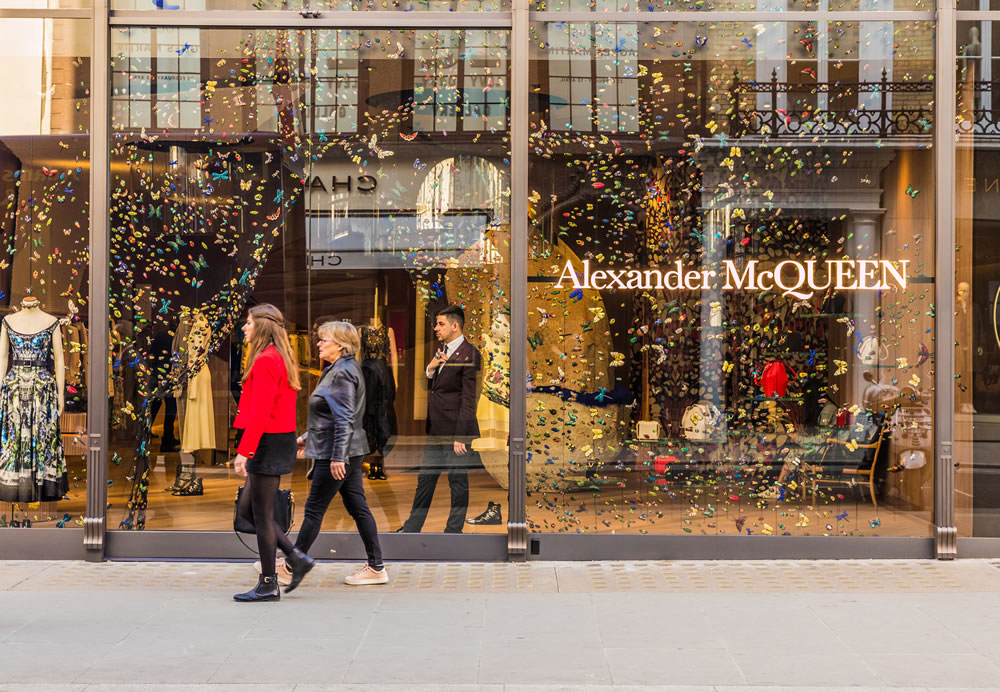 When it comes to the fashion world’s most prominent houses, they don’t come more iconic than Alexander McQueen. Image credit: chrisimages/Bigstock.com

At just 20 years of age, he was employed by designer Koji Tatsuno, later travelling to Milan where he would cross paths with Romeo Gili and fast become his design assistant. On his eventual return to London, he studied for a Masters in Fashion Design at Central St. Martins. His collection, created for his final project, was famously snapped up in its entirety by Isabella Blow, impressing her with the emotional power and raw energy of his show, and in the 10 years that followed, his career skyrocketed. Alexander McQueen became a hot name within the fashion industry in its own right, and in October 1996, he was also appointed chief designer at French Haute Couture House, Givenchy.

Eventually, 51% of Alexander McQueen was acquired by the Gucci group, where he remained creative director. In 2001, he departed Givenchy, and began to diversify his own brand to include fragrances, a menswear collection and a more accessible ready-to-wear line – before sadly passing away in 2010.

Following McQueen’s death in 2010, creative director, Sarah Burton took the helm – and despite the upheaval, the brand has continued to go from strength to strength.

Burton brought with her a wealth of experience to the role; she had already been working alongside McQueen for the past 14 years as head of design for womenswear, so was considered a safe pair of hands to take the brand forward.

In 2011, she enjoyed global recognition as the designer behind the Duchess of Cambridge’s wedding dress, which fast became one of the most copied dress designs of all time – and one of the most sought-after, too.

Known for her artisan and technical excellence, in November 2011, she was crowned Designer of the Year at the British Fashion Awards, and in 2012, was named amongst Time magazine’s 100 most influential people. 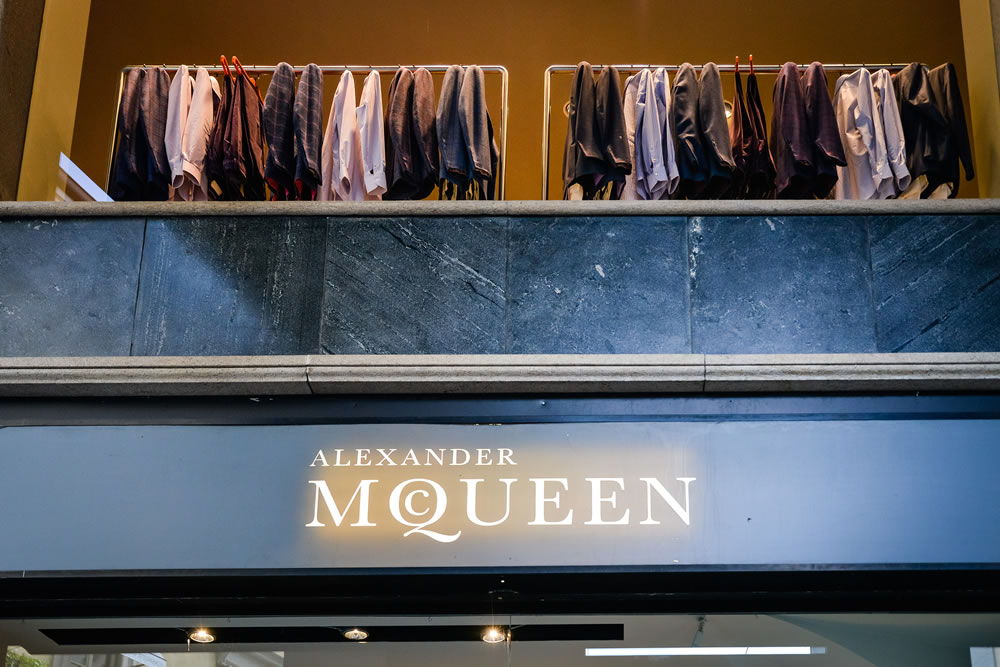 The late Alexander McQueen, once dubbed “the hooligan of English Fashion,” is regarded as one of the most innovative designers in fashion. Image credit: Casimiro/Bigstock.com

Despite the evolution the brand has undergone, its juxtaposition of contrasting elements remains a hallmark of the brand – whether strength and fragility or softness against severity. Its fusion of fine British tailoring with the fine workmanship of the French Haute Couture atelier, plus the beautiful finish of Italian manufacturing, mean that this is a brand you can be sure will always exude quality and sophistication.

It’s little wonder then, that in 2020, Alexander McQueen remains the go-to choice for those in search of beautifully made statement attire. This is not a brand for wallflowers; it’s a label for those edgy, confident dressers who know exactly who they are – and more importantly, who aren’t afraid to show it.

So, if you’re looking for a brand that will truly allow you to express yourself and inject a little unapologetic personality into your wardrobe, then look no further – because this thoroughly modern fashion house has got your back.

Image credit at the very top of the article: IR Stone/Bigstock.com via luxurylifestylemag