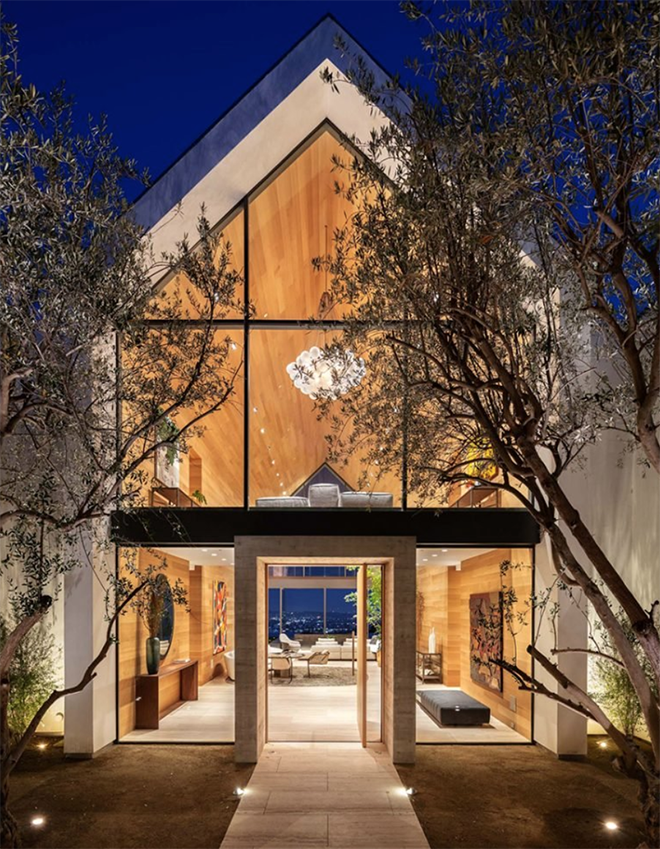 Giving you more reason to learn their names, Los-Angeles-based Standard is the place for all things architecture and interior design. Run by Jeffrey Allsbrook and Silvia Kuhle, the partnership’s projects are guided by identity and culture, reflecting the narrative for which they’re designed, and making conscious efforts to combine elemental approaches with an open relationship toward the environment, the duo prioritize views, light, proportion, orientation, materiality, context and terrain in all of their work.

Incorporating simplistic elements such as timeless wood, concrete, and stone, Standard studio have crafted this 11,000 square foot home based on three distinct parallel gabled volumes, each designated to house a series of separated living spaces, including 6-bedrooms and 9-bathrooms, towering walls of glass and thirty-foot-high ceilings, a zero-edge infinity pool, gym, and home theater – all of which, have been positioned at the foreground of awe-inspiring downtown city and oceanic views. 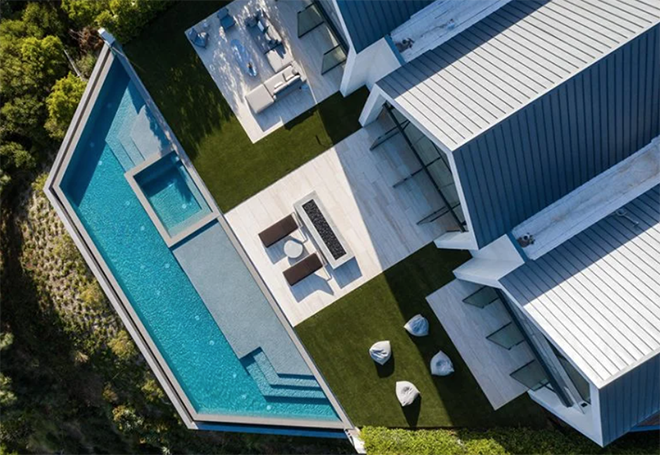 Emanating a minimalistic yet welcoming aura, the dwelling expresses influence from the traditional geometry of the barn that has long defined American vernacular design. The studio in collaboration with interior designers, Minotti Los Angeles and MASS Beverly, sought to accomplish an elevated architectural design with simple forms and materials, thus explaining their restrained palette in recreating the quintessential Southern California lifestyle.