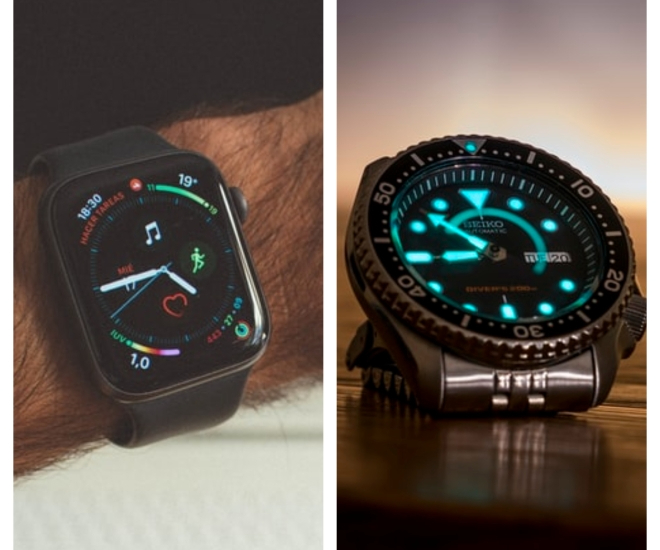 In 2019, Apple managed to outsell the entire Swiss watch industry in terms of units sold. According to a report by Strategic Analytics, Apple sold 30.7 million units worldwide while the figure for all Swiss watch brands combined stood at 21.1 million. This, therefore, begs the question, is this signalling the beginning of the end for traditional watches? We examine the pros and cons, and attempt to determine if time is indeed running out for traditional watches.

Before we begin it seems only wise to define smartwatches and traditional watches for this discussion. While some argue that smartwatches have been around since 1984 with Seiko’s introduction of the UC-2000, basically a wrist-wearable computer, for simplicity’s sake we will look at smartwatches in their modern incarnations. Think smartphone-like devices worn on the wrist, able to run a multitude of apps and functions, and able to connect to your mobile phone. As for the traditional watch, we will focus on analogue timepieces running on a mechanical movement, either manually wound or self-winding. Sorry G-Shock, we still love you.

Takes a Beating, Keeps on Ticking

The story of horology could be said to run parallel to military advancement. After all, the popularisation of the wristwatch could be traced back to the Second Boer War in South Africa (1899-1902) where soldiers jerry-rigged their pocket watches with straps to wear on the wrist. 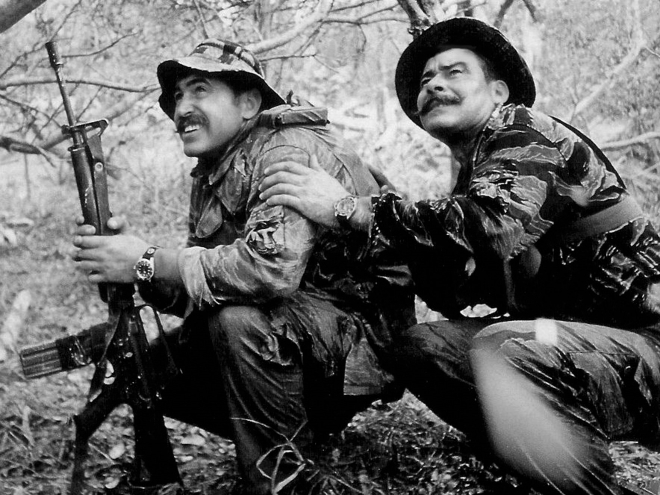 The Garmin Instinct is one of the latest smartwatches being designed and marketed for military use; Image Credit: Courtesy of Garmin

Fascinating as the history is, I digress. The point here is that since time immemorial, soldiers have required accurate and durable timepieces to achieve mission success. To take advantage of this huge market, watchmakers have been constructing watches to exacting standards of durability, specifically designed for military use. There is no greater example of this than the Rolex Submariner, which was the standard issue timepiece for the U.S. Navy SEALs from 1962 to 1983. With a stainless steel case and some modern models having up to 200 metres of water resistance, the Submariner makes an excellent case for the durability of traditional watches. However, smartwatches are catching up in this area as well with brands such as Suunto and Garmin offering rugged smartwatches for the active outdoorsmen. These watches often use durable composite materials as well as stainless steel in their construction which make them extremely abrasion and impact resistant.

Living Beyond Their Years

Apart from their durable construction which contributes significantly to the long life of traditional watches, it must be noted what an important role the movement plays in ensuring longevity. A well-maintained mechanical watch will last virtually forever. There exist many examples of vintage mechanical watches standing the test of time, surviving, and being passed down from one generation to the next as family heirlooms. 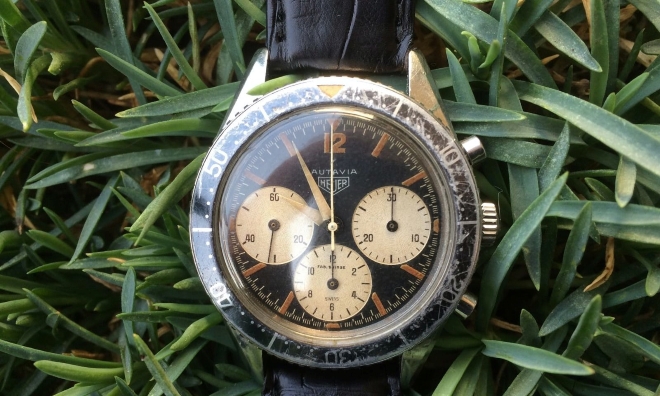 A Vintage Tag Heuer Autavia was sold on eBay for more than $45,000 in 2015; Image Credit: Courtesy of Hodinkee 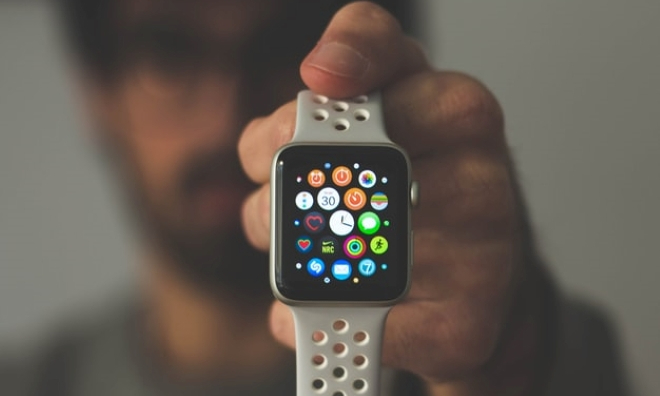 Smartwatches, on the other hand, require regular software updates in order to continue functioning as intended. Even then, continued advances in technology mean that smartwatches have a limited lifespan and are constantly rendered obsolete by new models, requiring a replacement every few years. A related point is the resale value of these pieces. Given that smartwatches constantly require replacements, they typically do not retain any value past their expiration date. In contrast, traditional watches retain value excellently. There exist numerous listings of vintage Rolexes online with some of them commanding prices in the tens of thousands. 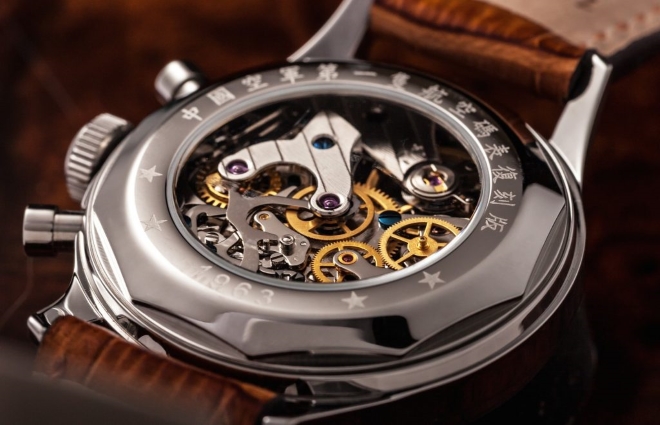 Mechanical movements like this Seagull ST19 will continue running as long as it is kept wound; Image Credit: Courtesy of Watch Review Blog 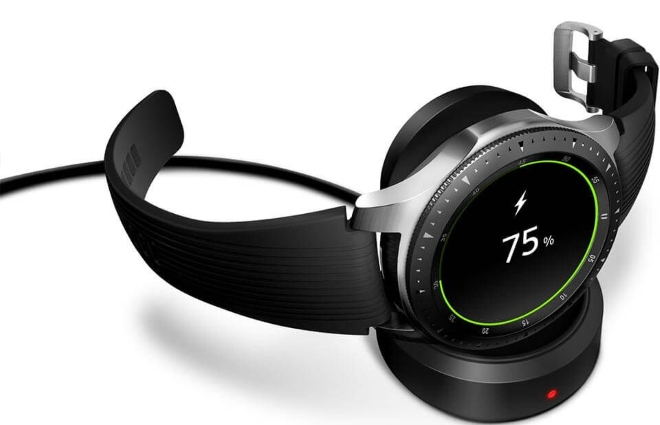 Building on the previous argument of longevity, watch purists constantly cite self-sufficiency as a reason that traditional watches will never die out. Literally. With mechanical watches, the technology that keeps it ticking requires no electricity. Manual-winding movements require a daily ritual of winding it up, a process taking no longer than a minute, while self-winding watches just need to be worn and will be wound as you go about your day. A common point of contention with smartwatches is the need for regular charging. An apple watch will last around 18 hours on a single charge, while Samsung’s Galaxy Watch will last up to two days. This limits the useability of a smartwatch especially if you forget to charge it.

The watch industry has been around for centuries with many well-established brands producing timepieces with their own design signatures. This presents consumers with a myriad of choices when building a watch collection. The appeal of having a collection is in having a watch for every situation, being able to pair different pieces and clothes to create looks that express different aspects of your personality. 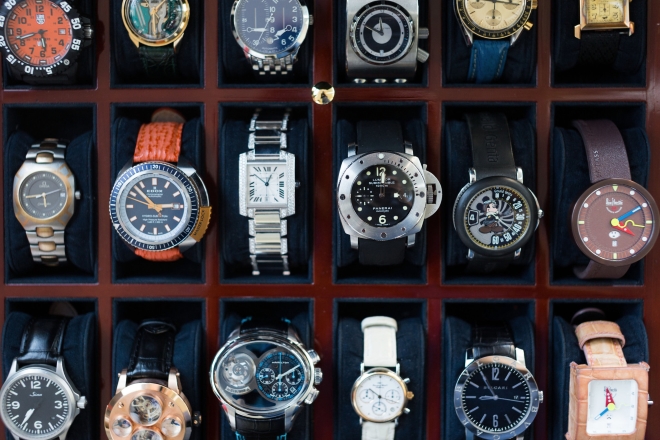 Having a collection of watches allows you to mix and match watches and clothes to create outfits that best express who you are; Image Credit: Courtesy of The New York Times

Many smartwatches are available in different colours and offer the option of a few changeable straps for customisation. However, as smartwatches require a connection with your smartphone, it is unlikely that one might keep a collection of smartwatches to be swapped daily. This is not to say that smartwatches are unattractive and unsuitable to facilitate individual expression. Au contraire, having a smartwatch is a strong statement in and of itself. It shows that you appreciate and are proficient with modern technology. 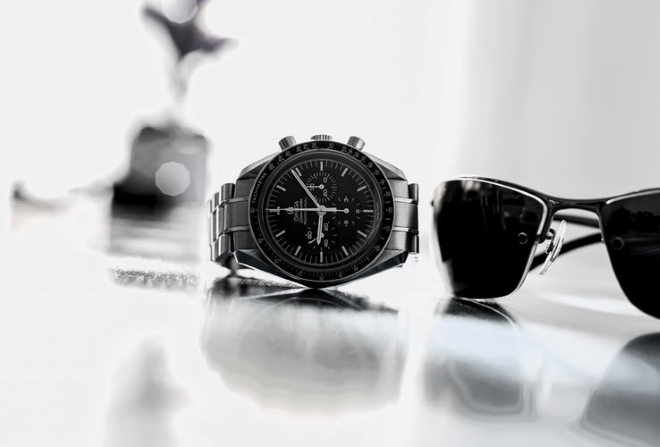 The number of functions traditional watches can have on one timepiece is limited; Image Credit: Unsplash 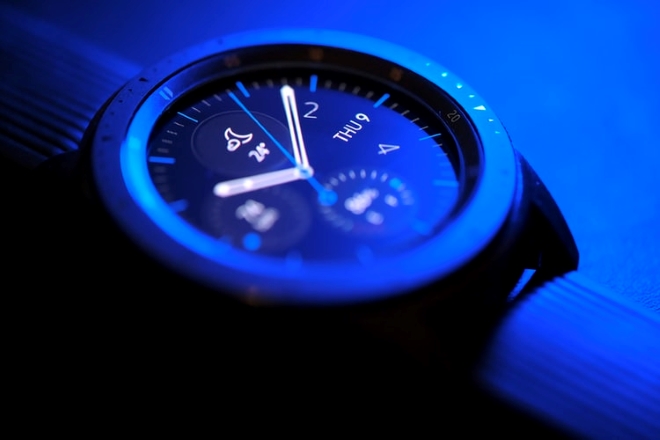 Of Convenience and Versatility

The one thing that smartwatches can offer which traditional watches cannot is versatility and convenience. It goes without saying since the smartwatch is basically a second phone on your wrist. Paired with your mobile phone, smartwatches offer a new level of convenience unheard of since the invention of the smartphone itself. It can surf the net via a compatible app, check your email, play music, and still provides the same functions and portability of traditional watches. Even with the different complications available on a traditional watch, chronograph, tachymetre and so on, those are typically limited to one, or perhaps two per timepiece. When it comes to having a versatile tool on the wrist, it’s hard to beat the smartwatch and its wide selection of applications. 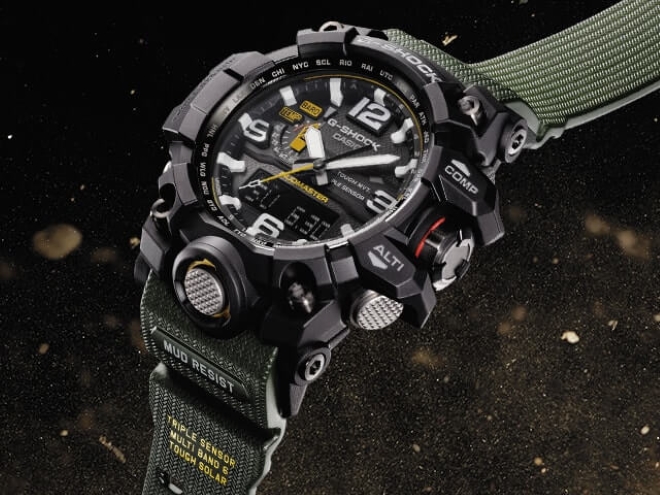 G-Shock’s Mudmaster combines elements of traditional and smartwatches, including an analogue display with Bluetooth allowing it to be connected to mobile phones; Image Credit: G-Schock

End of an Era?

Circling back to the question posed at the start of this discussion, is the era of the traditional watch coming to an end? The answer is a resounding no. Despite increasing sales of smartwatches, sales figures for mechanical watches have remained steady, with watchmakers continuing to innovate and release new and improved models every year. Mechanical watches represent a long tradition of design and innovation stretching back centuries. Its timeless design continues to fascinate scores of watch enthusiasts, and securing its future in the face of constantly evolving technology. When it comes to watches, it doesn’t have to be a smart or traditional watch. Each has its own merits and there is plenty of room for coexistence as some brands even work to merge the two worlds. To conclude, traditional watches aren’t going anywhere and neither are smartwatches. Both have their place in the story of horology and on people’s wrists.

By admin 14 mins ago