There are few things more enjoyable at the end of a long day than sitting down with a love one and setting the world to rights over a good bottle of red wine. A warming drink for the winter months, it has just as much of a place in a fine dining restaurant as it does in front of an open fire in a cosy country cottage, and whatever your taste happens to be, there’s a red wine for you.

Of course, sorting the good from the bad, if you’re a novice when it comes to fine wines, can prove a little tricky – let alone knowing how to best pair them with food. Even if you’ve long been a connoisseur of a fine old vintage, there are a few tricks to wine pairings that go beyond just your enjoyment of an expensive bottle – so where exactly do you start?

With so many different grapes and regions to choose from, and the endless information to sort through, it’s time to separate the wheat from the chaff and the good from the bad, helping you to choose a fine variety to enjoy over dinner this week, or on that next special occasion. Not only that, but it will also enhance and intensify the flavours of your food to all new heights. You can thank us later.

First, let’s get acquainted with the basics.

Grown in vineyards around the world, red wines get their colour from the skin of the grapes used during the production process. The shades can range from red, deep purple, almost black, maroon, violet, and many other shades of red – you’ll notice the difference when comparing, say, a good Pinot Noir, which is light and largely transparent, to a more opaque Cabarnet Sauvignon, which is a deep, dark shade of maroon. 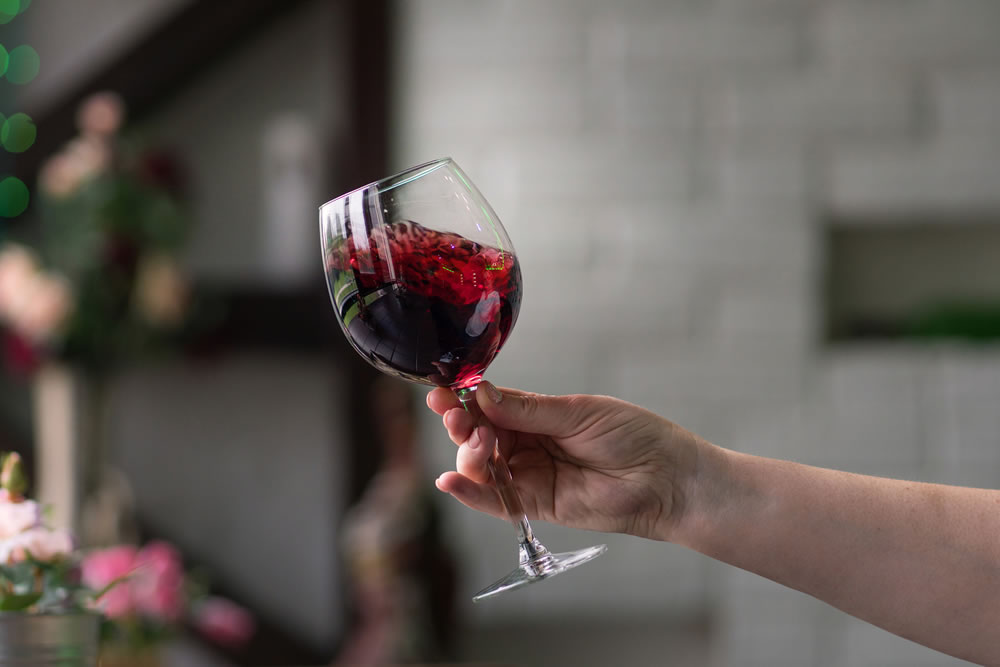 You’ll often hear wine described in terms of its ‘body’, which is measured in the naturally occurring tannins that relate to its heaviness and bitterness.

A light-bodies red wine contains a low level of tannins and will linger in your mouth after each sip, whilst a medium-bodied variety is higher in tannins but won’tleave a sharp pucker in your mouth. Full-bodied wines, meanwhile, are rich in tannins and feel heavier in the mouth. For many, the latter variety are an acquired taste, so if you’re just starting out with your foray into the world of fine red wines, you might like to start with a lighter option and work your way up from there.

So, where to begin with selecting the right wine for dinner? In order to choose wisely, it pays to know your grapes. Here’s a quick round-up of the best of the bunch.

Cabernet Sauvignon: One of the most popular types of red wine on the market today, a good Cabernet Sauvignon will make for a complimentary pairing with just about any kind of meal. Try a Screaming Eagle Wine – 2009 with meals that include red meat, mushrooms, or hard cheese for a mouth-watering flavour sensation. 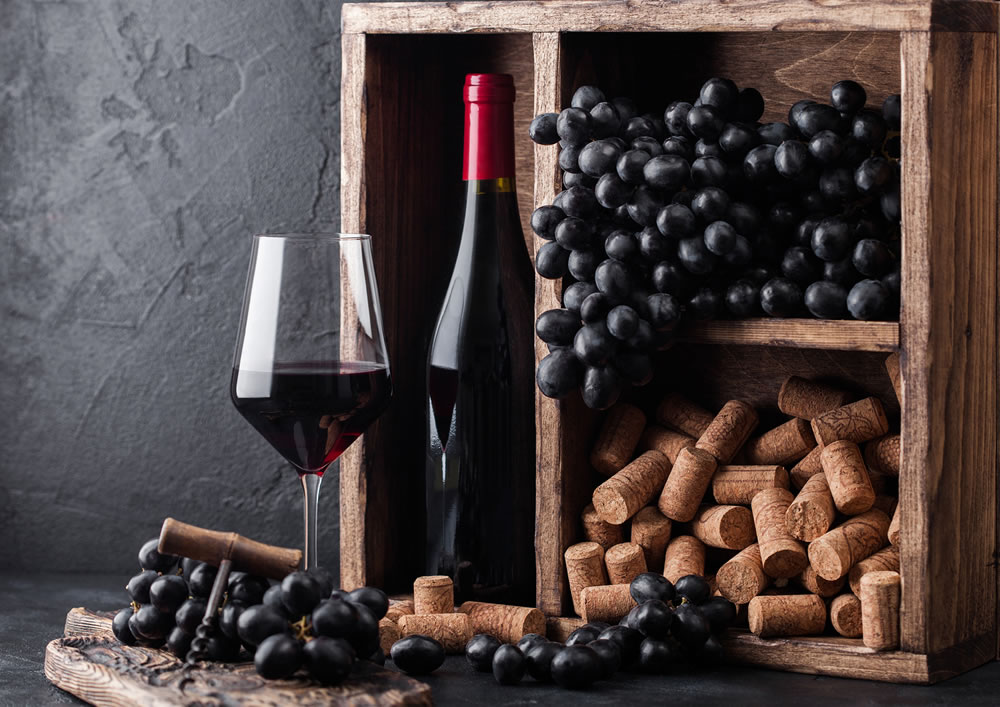 Red wine has been a staple of civilisations for centuries, and it still holds significant importance in the daily lives of millions of people today.

The Cabernet Sauvignon grape is widely grown in vineyards across California and France, but main distinction between the two is the taste. California Cabs are fruity in flavour, while French Cabs have a herbier taste. The general notes you’ll be able to identify while drinking this wine are nuts, cherries, and oak.

Merlot: Another crowd-pleasing variety that is popular among red wine drinkers, easy-drinking Merlots are light and fruity – making them a perfect choice for new wine drinkers. Grown in Italy, Bordeaux, California, Washington State, and Australia, there are many different Merlots to try, and you’ll find them on the menu almost everywhere you go.

Zinfandel: This grape was first planted in California, but is now grown in vineyards in many parts of the world. It is best paired with tomato-sauce pasta, grilled meat, and pizza and has a zesty, peppery flavour.

Shiraz/Syrah: Commonly planted in Washington State, California, and France, a good Shiraz is rich and fruity. Top noted include black fruit, with hints of black pepper and spices.

Malbec: Malbec originated in France but is now widely grown in Argentina, where it is the most popular red grape. It can also be found in Chile and Australia, with flavours including berries, plums, and spices.

Pinot Noir: Another variety that is widely grown in California and Oregon, a Pinot Noir is light, decadent, and silky on the tongue. Its flavours include tomato leaf, berries, beetroot, cola, blackberry, and plum, and it pairs well with dishes such as salmon and sushi thanks to its light taste.

Sangiovese: The number one grape grown in Tuscany, Italy, Sangiovese wines have a strong and slightly acidic taste. Light in colour, notes include soil, pepper, and tobacco. It might not sound all that tasty, but you’d be surprised! 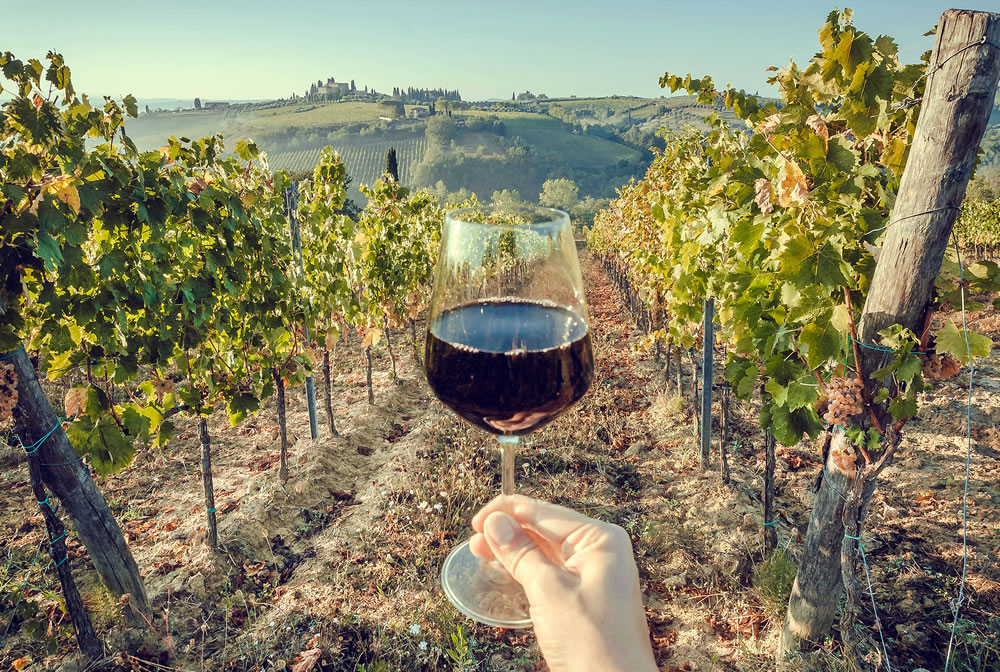 All of the most common red wines, including Cabernet Sauvignon, Syrah, Merlot, and Pinot Noir are of just one species of grape: Vitis vinifera

Nebbiolo: Another grape that is grown in Italian vineyards, Nebbiolo is mostly found in Barbaresco, Barolo, and Gattinara. Like Sangiovese, it has a strong flavour since it is rich in tannins and is acidic, and works well paired with fatty meats.

A match made in heaven

The diverse flavours of red wine make it for serving during dinners with heavy meats and cheeses. Its relatively strong taste means that it goes well with dense and robust flavours. The trick is to match the heaviness of the red wine to the density of the food.

If the food is on the denser and heavier side like steak, then the best red wine you can pair it with are heavy-bodied ones, like Cabernet and Nebbiolo.

If the food is on the lighter side like chicken and vegetables, then the red wine should be light-bodied. Keeping this in mind will ensure you achieve the perfect harmony between red wine and food, creating that all-important match made in heaven.

Whether you’re heading out for a fine dining dinner or cooking up a storm at home for someone special choosing the right bottle of red has the power to elevate your meal to completely new heights. Take some time to get acquainted with the options, and we guarantee you’ll never look back.