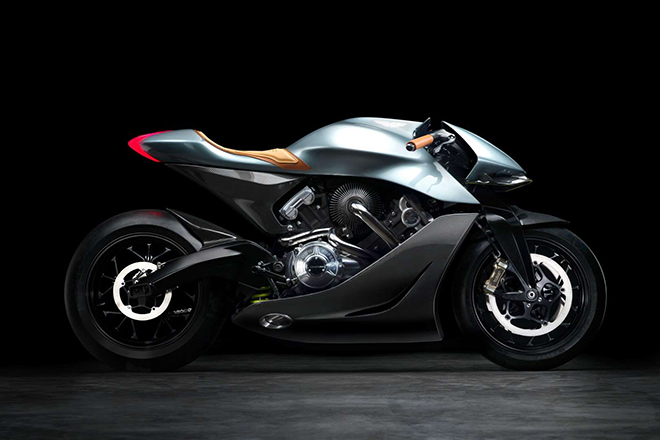 Dubbed “The Motorcycle of Dreams”, British independent manufacturer of luxury sports cars and grand tourers, Aston Martin teams up with Brough Superior motorcycles in the most iconic collaboration yet. Unveiled on 5th November 2019, at the EICMA motorcycle show in Milan, the state-of-the-art AMB001 is not only high-tech, but highly exclusive with a production of only 100 examples. 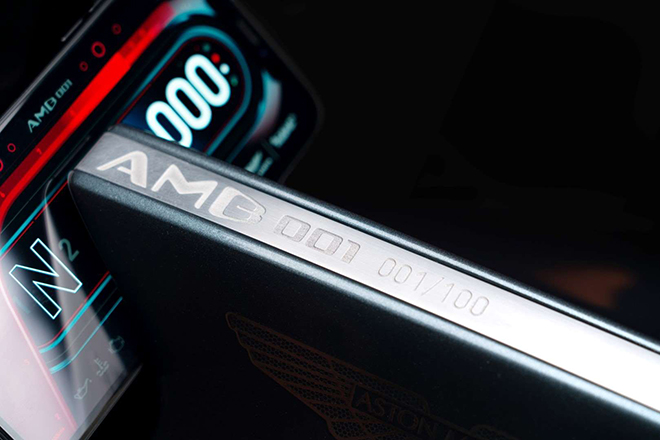 Regarded an automotive art piece for the motorbike connoisseur, the turbocharged AMB001 is anything but old-school. Featuring a load-bearing structure in the form of a carbon-fiber body and the most radical double wishbone front suspension, the two-wheeled beauty is powered by a DOHC 997cc 8-Valve 88-degree V-twin, Water and Oil cooled, short stroke measuring 94mm x 71.8mm – enhancing output as much as 180bhp. 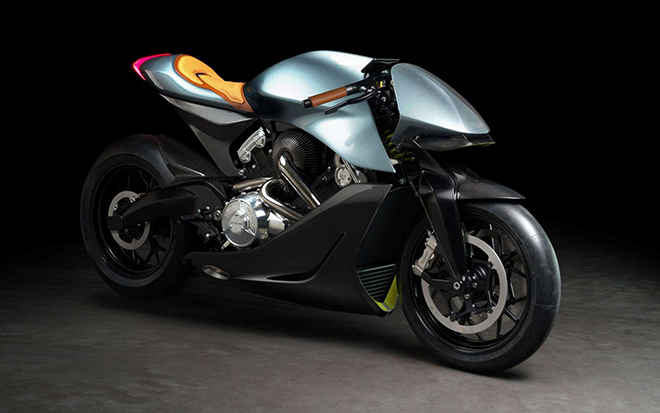 Reducing mechanical losses and boosting efficiency through a semi-dry crankcase lubrication, the AMB001’s transmission includes an extractible six speed gearbox, an APTC clutch, and a final drive by chain. Machined from plain by aeronautical suppliers, the engine is driven by a short, compact Morse chain and gear train – guaranteeing precision and reliability. Increasing its downforce at speed, the AMB001 dons the signature Aston Martin wings on its front for more than mere aesthetic. Priced at an estimated USD $ 117841.50, the AMB001 will be hand-built to order with the first deliveries expected to be made by year-end 2020. Sold exclusively for “track use”, the AMB001 is categorised as a bespoke collector’s item.