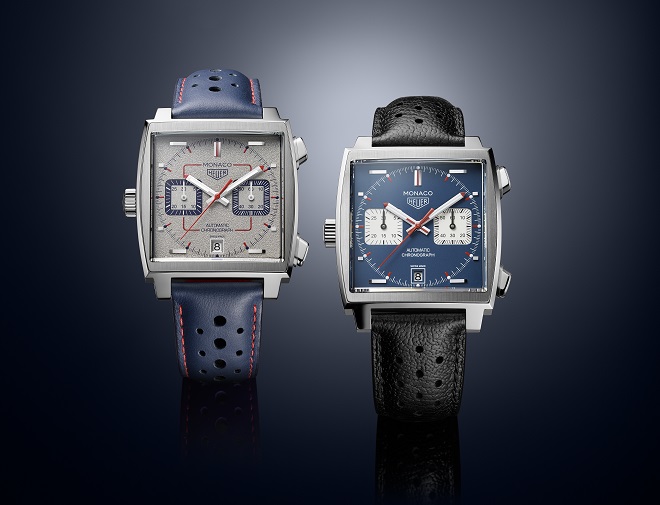 Only 169 pieces of this limited edition of the Monaco have been made in celebration of the original 1969 make. When the Tag Heuer Monaco was first introduced on March 3, 1969, journalists and watch aficionados around the world were amazed with its groundbreaking and futuristic water-resistant square case, making it instantly iconic.

So in celebration of the popular model’s 50th anniversary, the Swiss watchmaker recently launched the third of five limited-edition tributes to the Monaco. The 1990s-inspired model is packaged in a dark blue box decorated with the Heuer logo and a horizontal check-pattern stripe. The watch is placed on a red cushion and surrounded by a grey interior – the same colours found on the dial. Unveiled earlier this month as the landmark New York restaurant Cipriani Wall Street, the new collectors-only edition takes its inspiration from the themes, styles, and trends of the 1990s. With a steely industrial appearance reflecting the straightforward street style characteristic of this beloved decade, this reimagined Monaco features a blue and silvery appearance with dynamic red elements. 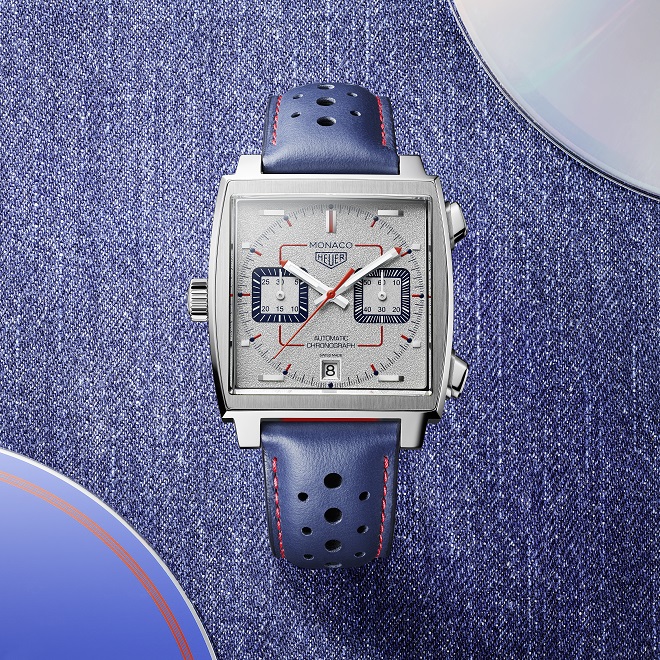 The stainless steel case is 39 mm in diameter, featuring a sapphire crystal, polished stainless-steel crown at 9 o’clock and push buttons at 2 and 4 o’clock, and is water-resistant to 100 meters (10 bar). A stainless-steel square chronograph with a grained rhodium-plated dial and sandblasted subdials featuring blue counters, takes centre stage in this updated timepiece. The flange and Heuer logo are in blue, and the indexes and central seconds hand are red. The blue of the Heuer logo and minute and second scales counters provides a bold contrast to the red touches on the hands and indexes and the red motif featured on the dial. This colour scheme continues with the blue perforated calfskin strap with red stitching. As with the original, the pushers are on the right of the case while the crown is on the left – an unconventional feature that has distinguished the Monaco over the past 50 years. 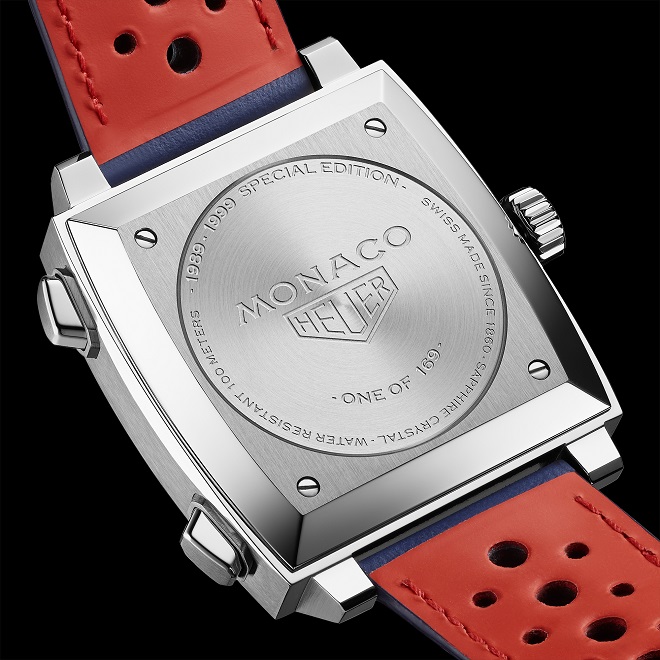 The caseback of this 1990s-inspired wristwatch is engraved with the “Monaco Heuer” logo (to reflect Tag Heuer’s original brand name in the 1960s) as well as “1989-1999 Special Edition” and “One of 169”. Sporting a design inspired by the original model, the stainless-steel caseback has vertical and circular brushed patterns and features a polished, vertical and circular brushed finishing. The case also houses the renowned Calibre 11, a modern version of the automatic-winding chronograph movement that made its debut inside the original Monaco in 1969. This watch has been produced in an edition limited to 169 pieces. 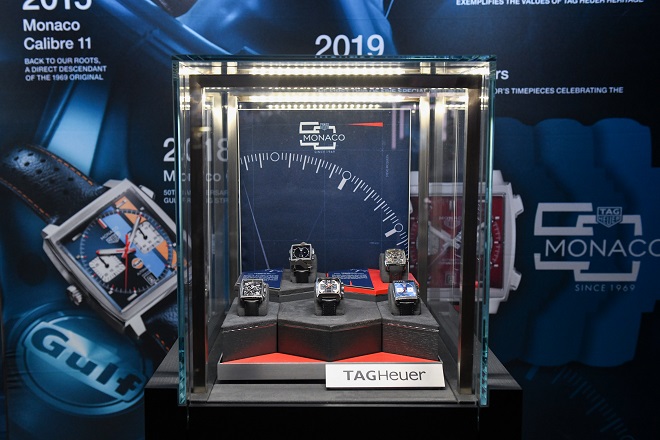 The latest limited edition of the Monaco was launched at landmark New York venue Cipriani Wall Street earlier this month. Once worn by actor Steve McQueen in the 1971 film Le Mans, the original watch’s design was the perfect complement to the advanced technology being presented by the Swiss watchmaker at the time. Developed and commercialised by Heuer, the Calibre 11 was the world’s first automatic-winding chronograph movement. The first of these models, inspired by the years 1969 to 1979, was unveiled at the Monaco Formula 1 Grand Prix in May, while the second limited edition, celebrating the period from 1979 to 1989, was presented in June in Le Mans, France.