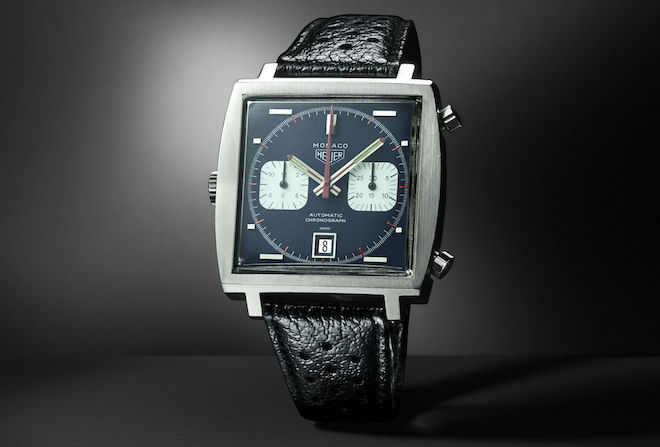 There’s mega hype surrounding 50 years of the moon landing this year but on terra ferma,  similarly portentous events were taking place, the final album from The Beatles was being cut and the watch industry was witnessing the launch of a never-before-seen type of automatic chronograph created with the joint intellectual assets of three of the industry’s biggest names. Taking pole position in the watch collecting zeitgeist of the groovy 70s, was the TAG Heuer’s Monaco, the first square, water-resistant automatic chronograph watch in the history of Swiss watchmaking.

Launched simultaneously in Geneva and New York, the “lost” decade of 1969 – 1979 has often been derided as a tacky decade in terms of aesthetics. But, while design of the Heuer Monaco, while very much a child of that decade was eye-popping in terms of colour palette and  execution (a square watch?! How avant garde), its continued production and popularity in the collections of the watch cognoscenti today proves its timeless design. 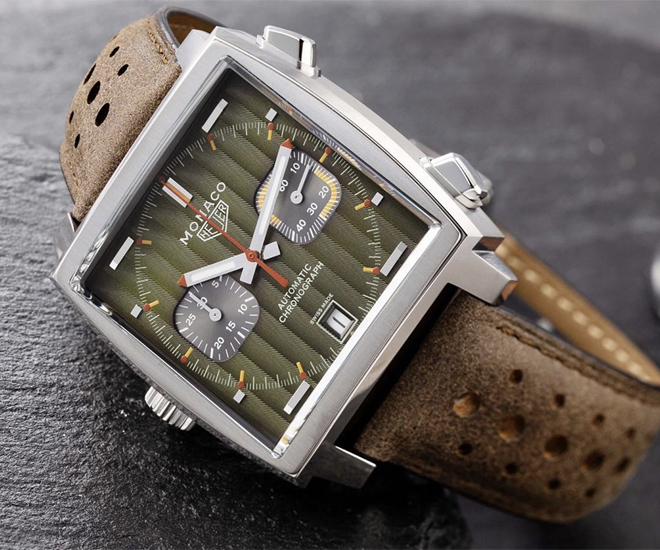 Unabashed hedonism in the age of free love and free expression gave rise to the use of the most never-attempted designs and the strongest, most recognisable colour schemes like orange and green. In fact, while one can make light of the era thanks to self-deprecating satirical Hollywood productions like Austin Powers, many of today’s most sought after iconic designs were actually children of the 70s: Eames chairs, Pierre Paulin sofas not only live on today, but continue to inspire a modern generation of designers, take for instance, New York City’s Boom Boom Room with its starburst chandeliers. 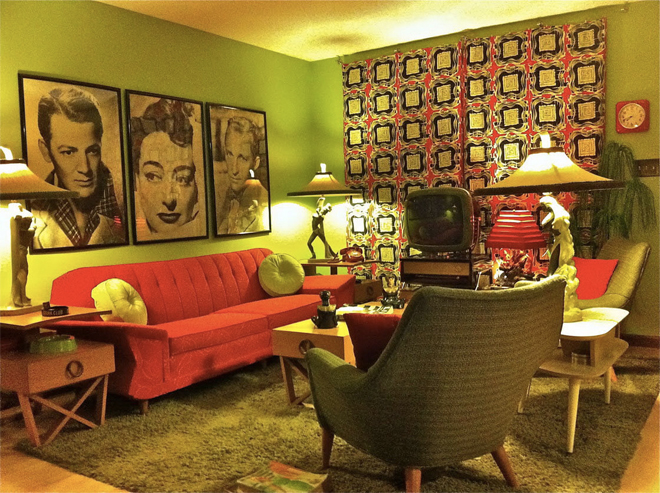 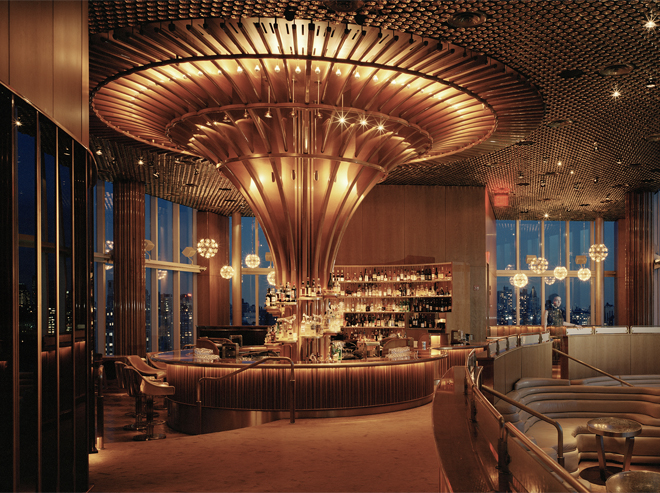 
Yet, through the decades (all five of them), the TAG Heuer Monaco has represented the guises and key aesthetics of each pivotal decade in human history. Celebrating the first of five decades is the Monaco”Through Time” Limited Edition which celebrates the 70s in cool retrotastic style. 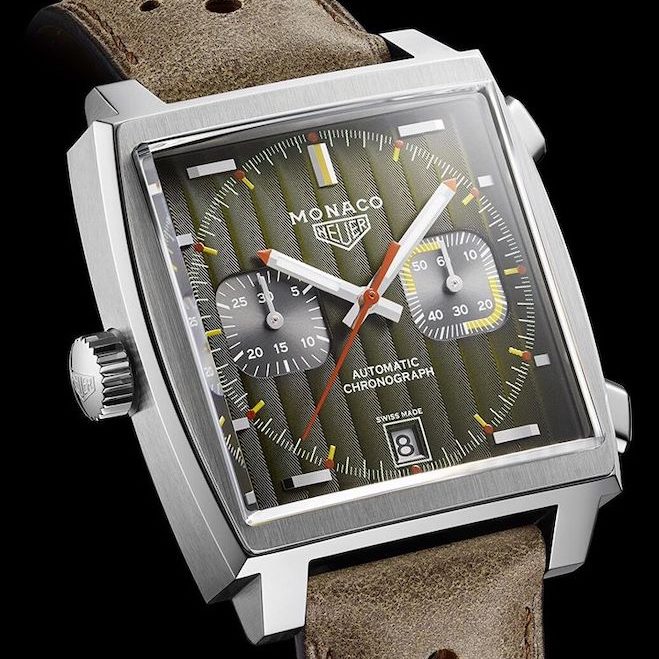 The stainless steel 39mm TAG Heuer Monaco “Through Time” Limited Edition takes visual cues from the 70s – a deep, texturous green thanks to Geneva striping on the dial is punctuated with the most popular colours of that decade – orange and yellow. The limited edition TAG Heuer Monaco with its horizontally oriented hour indexes is emblematic of the era without incurring the oft-occuring side effect of “camp”. There’s nothing campy about the 70s inspired Limited Edition Monaco, engraved with the original “Monaco Heuer” logo as well as “1969-1979 Special Edition” and “One of 169”. the new TAG Heuer Monaco stands out not only for its daring embrace of its birth decade but also the designers at La Chaux de Fonds manufacture for their amazing deftness at being able to navigate the design pitfalls of such a critical era. 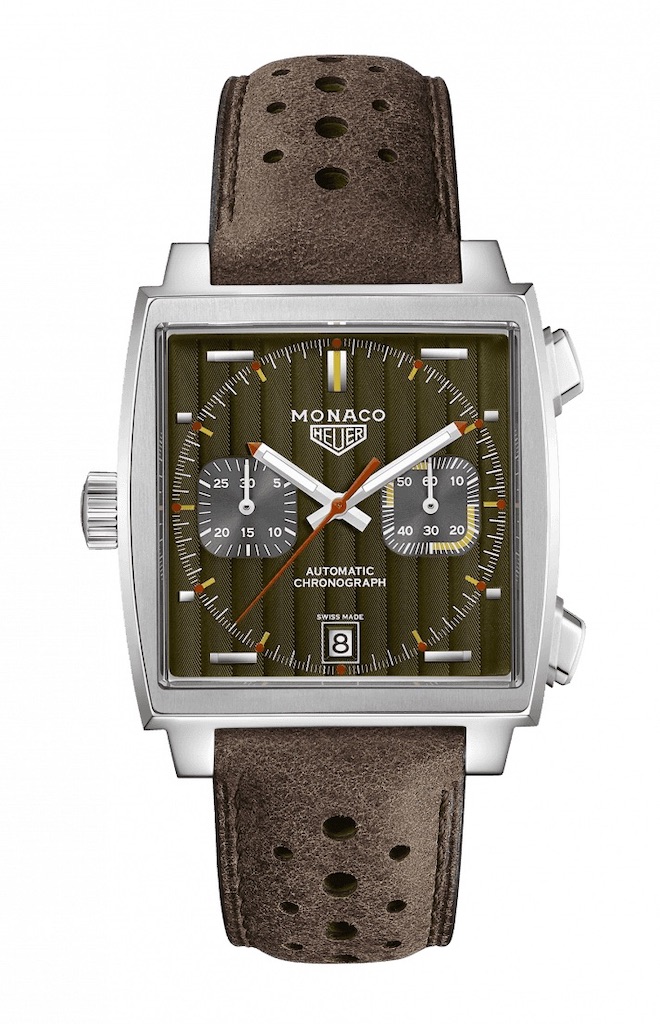