Sydney Grace Chase Your Dreams 9-Pan Eyeshadow Palette is a new eyeshadow palette that included three matte shades and six shimmery shades. Eight of the nine shades were fantastic; pigmented, beautifully textured, easy to work with, and long-wearing. The mattes seemed silkier than usual (which is saying something) and “melted” seamlessly onto my skin.

One shade, The Chase, had a bit more slip to it than ideal, and it was harder to get perfectly even application with a dry brush (better with a dampened brush or fingertip); I had no trouble using a pencil or smaller, denser brush dry for application, though, so obviously very workable. When the lowest-rated shade in a palette comes out to 91%… it’s a good sign.

The Dream is a bright, rich gold with moderate, warm undertones and an intense, metallic finish. The color coverage was opaque in a single layer, which adhered well to bare skin with a smooth, even lay down of product that blended out well along the edges.

The consistency was soft, lightly creamy, and dense without being overly thick or too firmly-pressed into the pan. It wore well for eight and a half hours before fading a bit.

Aspire is a bright, medium-dark coral-red with moderate, warm undertones and a metallic finish. It was richly pigmented with a smooth, creamy consistency that was dense without being too thick nor was it too firmly-pressed into the pan. It applied evenly and blended out with ease. This shade stayed on nicely for eight and a half hours before fading slightly. 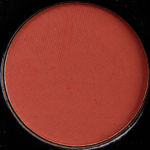 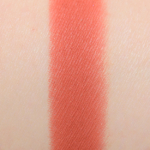 Be Bold is a rich, rusty orange with moderate, warm undertones and a matte finish. The consistency felt soft, smooth, and almost cream-like to the touch–it seemed silkier than some of the other brand’s matte eyeshadows I’ve tried, and there was almost no powderiness in the pan.

It had opaque color coverage that applied evenly and blended out well along the edges without losing its intensity. The product lasted well for nine hours before showing signs of fading.

The Chase is a medium-dark, coppery-red with moderate, warm undertones and a metallic sheen. The texture was more emollient, slightly thinner and had some more slip, than other shades in the palette.

It applied best by patting and gently pressing into place, then blending the edges. It had rich pigmentation in a single layer that wore nicely for eight and a half hours before fading noticeably.

Sydney Grace You Can Matte Shadow 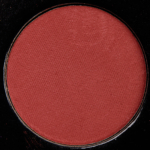 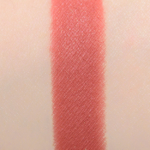 You Can is a dusty, medium-dark copper-red with warm undertones and a mostly matte finish. It had very fine, almost imperceptible (at least, to my eye in person), micro-shimmer but appeared matte in practice.

It had opaque pigmentation paired with a soft, velvety texture that was silky-smooth without being powdery. It stayed on well for eight and a half hours before fading a bit.

Don’t Quit is a brighter, medium-dark purple-berry with subtle, warmer pink undertones and a smooth, metallic sheen. It was less metallic than most of the brand’s shimmers but higher-sheen than true satin.

It had a moderately dense consistency that was smooth and slightly firmer to the touch. The color coverage was opaque in a single layer, which lasted well for eight and a half hours on me before showing signs of wear.

The Drive is a rich, medium-dark purple with subtle, warm pink undertones and a lightly, metallic finish. It reminded me of grape jelly for some reason–almost a bit berry-like in the undertone, I suppose.

The eyeshadow had a smooth, slightly denser consistency that was more firmly-pressed into the pan but not to the point that it became difficult to pick up or to blend out on my lid. This shade wore well for eight and a half hours before fading noticeably.

Your Best is a deep, plummy-taupe with subtle, warm undertones and a metallic sheen. The color payoff was opaque in a single pass, which adhered evenly to bare skin and blended out readily along the edges without losing its intensity.

The consistency felt smooth, lightly creamy, and dense but not overly thick, so it was still easy to pick up with a dry brush. It stayed on well for eight and a half hours before fading a bit. 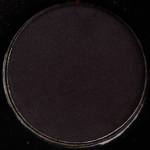 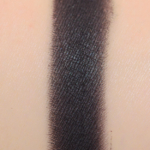 Enjoy the Journey is a deep black with subtle, cool undertones and a barely-there dusting of micro-shimmer in an otherwise, matte finish. It appeared matte in practice but blended out beautifully (which seems to be the purpose behind the most minimal inclusion of fine shimmer!).

The consistency felt silky and smooth without being powdery, and it was easy to pick up with a brush. It had rich color payoff that adhered well to bare skin and lasted nicely for eight and a half hours before fading visibly.

HOW TO GET RID OF ACNE SCARS NATURALLY