German CEO Christian Marti and Italian CTO Andrea Frabetti only joined Sunseeker in November and January respectively, but the pair are already overseeing a head-spinning amount of activity at the British shipyard, which has been owned by China’s Wanda Group since 2013. 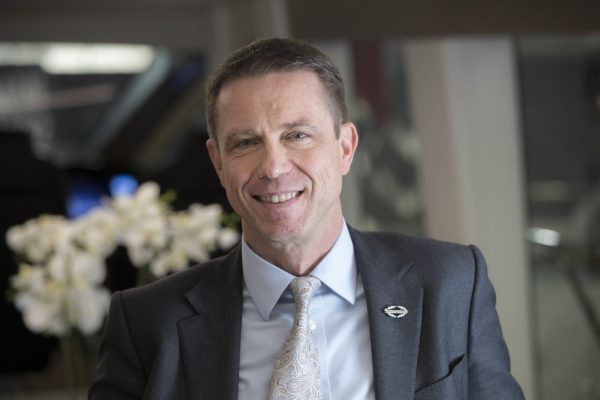 Sunseeker has sea-trialled its 62-knot Hawk 38 and plans to launch Project 8X at next year’s Cannes Yachting Festival, both of which will represent new ranges to complement the existing Manhattan, Predator, Sport Yacht and Yacht models. It’s also preparing to start construction on its first 161 Yacht in the Netherlands following its collaboration with Dutch shipyard Icon.

“We are internationalising,” smiled Marti, only the second German to work at a senior level in Sunseeker, following Timon Orlob, Head of Operational Excellence since April 2017.

“It was a wise decision by our investors to recruit Andrea and I almost in parallel, as he has complementary skills to me. I had no background in the yachting industry. I had 25 years in the automotive industry, in luxury, so there’s an overlap in the customer base.

“I also have a very international background, which will be helpful in the way we want to grow because we need to globalise as a company. Combining this with the huge technical experience of Andrea, who was with one of our core competitors for many years, is a very smart move. I probably couldn’t do it without him.” 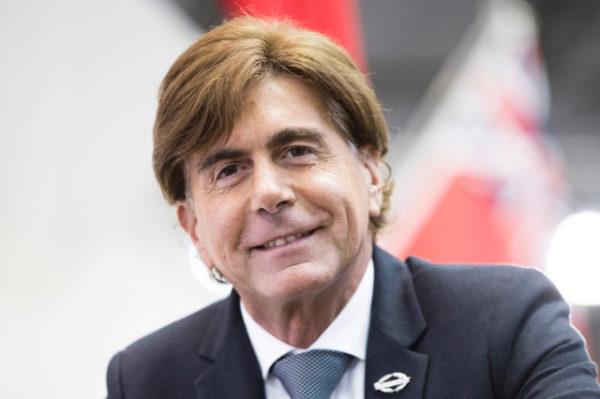 Sunseeker’s first Italian at management level, Frabetti has almost three decades of experience in the yachting industry including 25 years in Ferretti Group as Development Director and the Director and Vice-President of Product Development.

Frabetti has succeeded John Braithwaite, who retired last June after spending his whole career at Sunseeker, much of it alongside elder brother Robert, the company’s founder who recently passed away.

“Personally, I’m really focused on innovation and Sunseeker has been an innovative brand from the beginning,” said Frabetti. “Now, the plan is to increase investment in innovation and new product by 50 per cent, which will be very attractive for customers and for all of us working here.”

Although in development before the arrivals of the new CEO and CTO, the first new model released in the Marti-Frabetti era will be the Hawk 38, a high-performance day boat with twin Mercury 400R outboards that reached 69 knots in sea trials last month. The 38-footer is the Poole builder’s smallest model.

Fabio Buzzi Design, winner of 43 world speed records and 55 world titles, designed the stepped hull, having worked with Sunseeker on the XS2000 and XS Sport almost two decades ago. 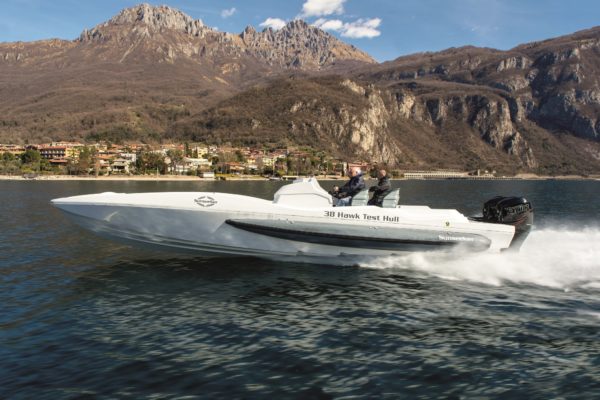 If the Hawk 38 represents a return to Sunseeker’s racing heritage and performance roots, the 8X is designed to represent the yard’s ‘next generation’ of larger models, with an exterior and interior fundamentally different from the current range. Features include an enormous beam and a huge increase in volume compared to current Sunseeker models.

Although not formally released, the yacht will be 80-90ft in length but importantly, will be about 10 per cent wider and with a displacement increase approaching 30 per cent compared to similarly sized craft.

Fuel and water capacity will also increase, as will the range by about 20 per cent. It also has a foredeck cinema and a new beach club four times the size of a traditional bathing platform design. 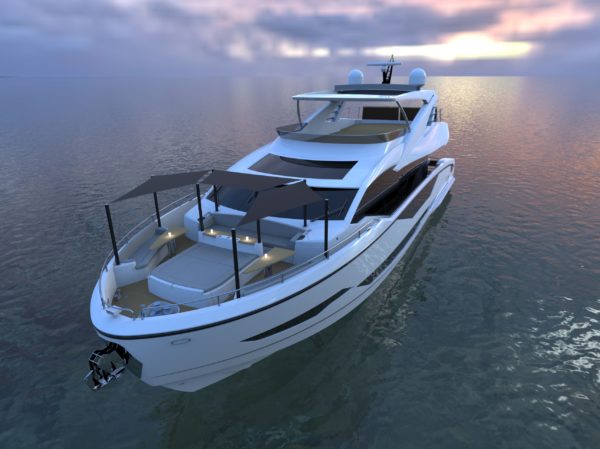 Project 8X represents Sunseeker’s new generation of larger models, with a much
greater beam and volume

Meanwhile, the 161 Yacht at the Icon shipyard in the Netherlands will be offered with an MTU hybrid diesel electric generator propulsion system, as Sunseeker move into hybrid technology for both custom and production yachts.

Furthermore, Sunseeker is developing a new model for 2020 that will be the first production yacht fitted with MTU hybrid power and all its benefits including silent operation, zero emissions and low vibration levels.

MTU’s first production-series hybrid propulsion system has six operating modes, from all-electric with zero emissions through to use of the twin 12-cylinder MTU Series 2000 diesel engines, each delivering around 1,432kW and 1,947hp.

The system has on-board generators, electric propulsion modules, a transmission system, batteries, control and monitoring systems, and can be expanded on a modular basis. In electric mode, propulsion and on-board power can be continuously supplied by the generators, for improved fuel consumption and comfort for long passages. 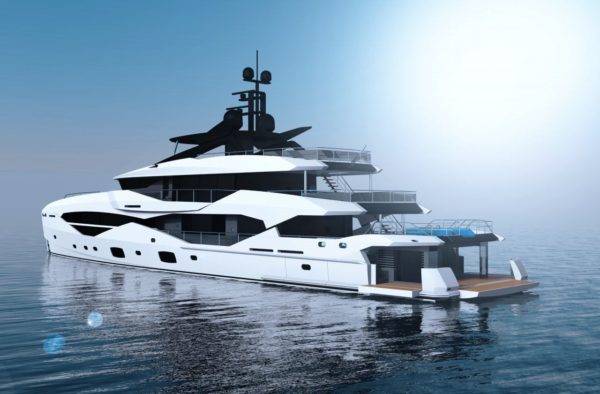 In silent mode, using power solely from the batteries, up to 40 minutes of propulsion and 120 minutes of on-board power are available with each pair of MTU batteries installed, with no emissions.

“We’ll offer true advantages by leaving the marina on pure electric mode or when you’re anchoring and opening up your beach club, so you’re not surrounded by exhaust fumes,” said Marti, who worked at the likes of Jaguar Land Rover, McLaren Automotive and Aston Martin Lagonda during 25 years in the automotive industry.

“The trend to hybridisation will continue to grow. It was a bit slower to develop in the yachting industry because the battery capacity needed is so much bigger than with cars, but it will continue growing. The first question some customers now ask is about range, as people want to spend a longer time on board and don’t want to spend half a day refuelling.”

Frabetti added: “In a car, you live inside. In a yacht, you live outside. So, the owner of a yacht is not just choosing hybrid because they want to be seen to be environmentally friendly but because they are actually living and breathing in the environment. They are incredibly aware of the quality of the air and the water they swim in, so hybrid technology will become more attractive for the customer. The silence is also appealing.”