By Hollywood standards, he’s not conventionally attractive, he’s not even your stereotypical cinematic thespian – thanks to his signature mumble and unconventional delivery – every character he plays, be it in Independence Day, Grand Budapest Hotel or Thor: Ragnarok, is trademark Jeff Goldblum.

“There’s no one like him America! There will never be another one of him!” – Conan O’Brien

Catapulting to global recognition in  David Cronenberg’s The Fly, Goldblum has always embodied that fine balance of charismatic quirky rather than unattractive weirdo. That said, shirt half-open, the world at large only came to recognise Goldblum’s inherent sexiness in  Jurassic Park but it’s here, 30 years on and in his mid 60s, Jeff is hitting peak Goldblum as a style savant out of the pages of Men’s Folio. 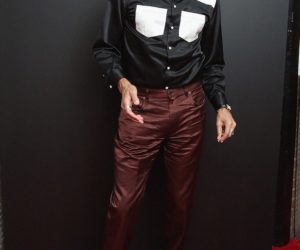 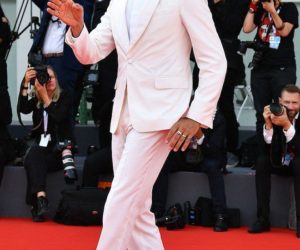 A white on white tuxedo ensemble at the screening of The Mountain at the 75th Venice Film Festival.


Stylish at 65, Jeff Goldblum is Proof that Age Really is Just a Number

Men’s fashion can be a mine-field for the middle aged but Goldblum appears to be navigating no-(straight)-man’s land with such aplomb that it’s not difficult to gain grudging admiration for the gentlemen. The best part? There’s no defining Jeff Goldblum’s style – he’s not exactly a rakish “suits man”, he’s not exactly preppy either, whatever Goldblum’s style is, it is representative of the man’s conversational cadence (or lack thereof) and a head nod to his passion for jazz and the vocal stylings of scat. 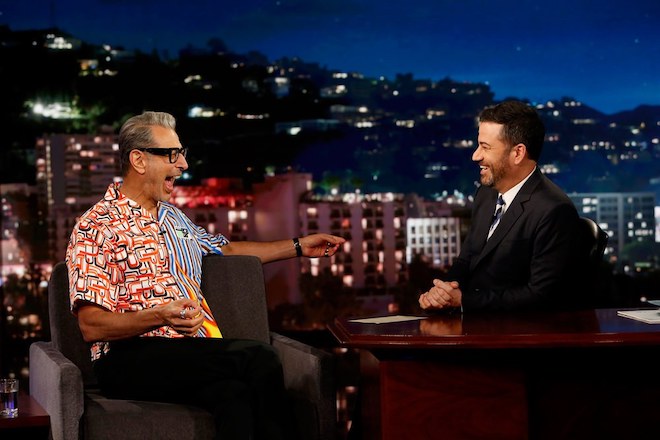 Wealthy by most standards, Goldblum’s wardrobe is not even a who’s who of designer labels; his most recognisable accessories are black acetate Tom Ford glasses (and the occasional Jacques Marie Mage), a myriad of Chrome Heart rings – at times dressing 9 out of 10 fingers, and unlike most elite-society dilettantes (a group he might appear to be part of but as conversations with late night hosts like Conan will disprove the notion), he owns but one luxury timepiece – a Tank Louis Cartier – he’s part of Hollywood but not exactly ‘of it’. 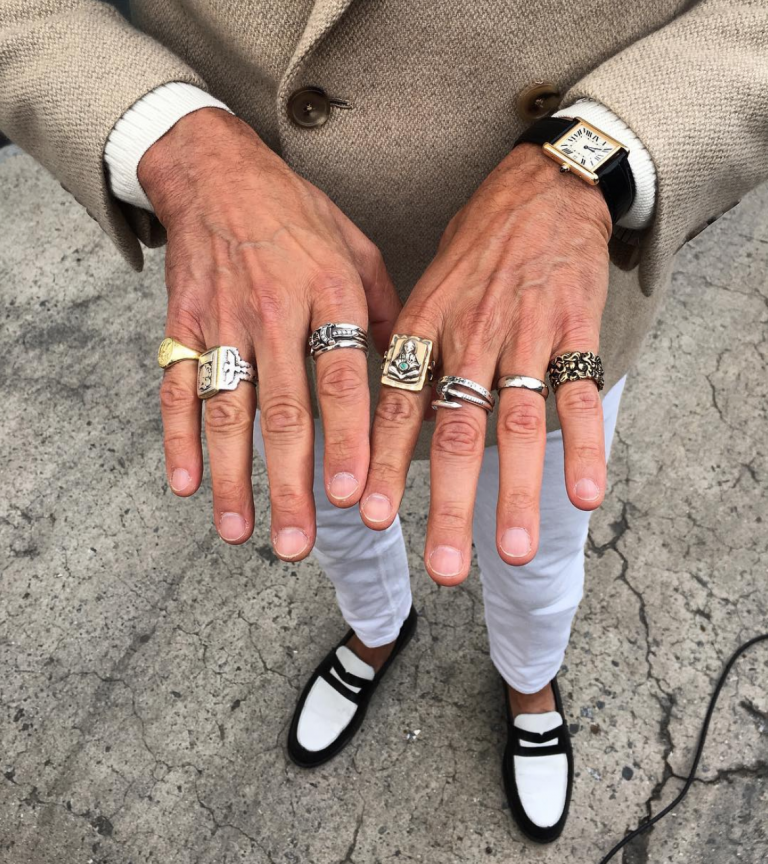 Goldblum is almost always seen with his Tank Louis Cartier and an assortment of rings, anywhere from 1 to 10 fingers are adorned

Jeff Goldblum loves jazz, so if he looks like he is channelling Chet Baker with his two-tone brogues (also known as ‘spectators’), it might not be intentional, so much as subconsciously inspired. He’s worn suits, he’s worn blazers but regardless of what he dons, it’s never ordinary, it’s always effortlessly flamboyant without tilting into the realm of garish caricature. He’s stylish without trying to be fashionable. Jeff Goldblum is dressy without being dressed up. 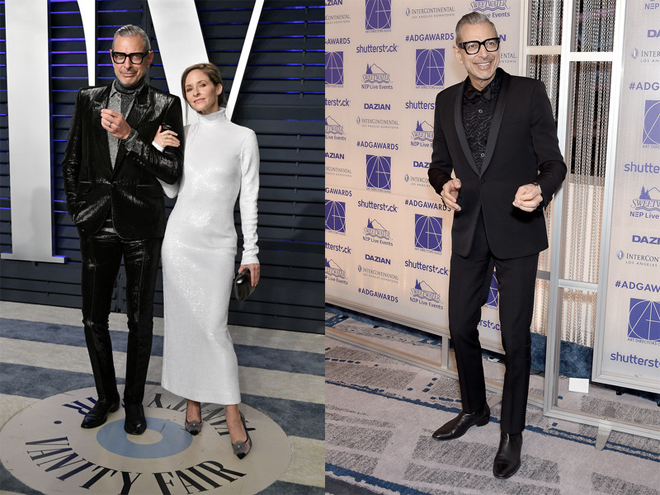 A pork-pie hat here, a safari jacket there, it’s impossible to even pin down a “Goldblum aesthetic” – there isn’t one – he’s the genuine article right down to his salt and pepper hair and his real, non-stage name (Jeffrey Lynn Goldblum, in case you were wondering). You cannot deny Goldblum’s charm and appeal – perhaps the one Hollywood celebrity denominator out of a selection of hundreds – he married  Emilie Livingston, a Canadian Olympic gymnast 30 years his junior. There’s not to say he’s a pussy-hound, a devoted family man, there are youtube clips of Goldblum and his toddler – it’s sweet, not saccharine and like his fashion – a breath of fresh air. Nothing is stage managed with Goldblum.

Stealing the stage at GQ Magazine’s Men of the Year Awards with a skinny tie, and a gold lamé blazer, Goldblum’s ensemble was once more topped off at the 2019 Vanity Fair Oscar Party with a shiny on shiny assemblage of the world’s most glittery garments – blazer, shirt and turtle neck with the glint of a million stars – fashion insanity in the hands of anyone not Jeff Goldblum. From his many Hawaiian shirts to his eclectic choice of wardrobe, Conan O’Brien was right – there can only be one Jeff Goldblum but he’s also case in point that when it comes to style, age really is just a number.

Jeff Goldblum is the host of Netflix’s newest travel show, The World According to Jeff Goldblum 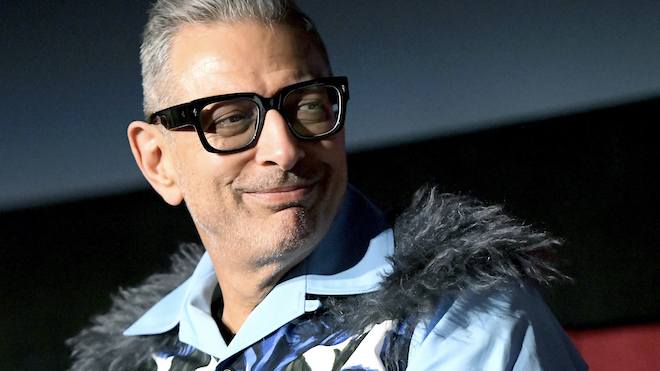