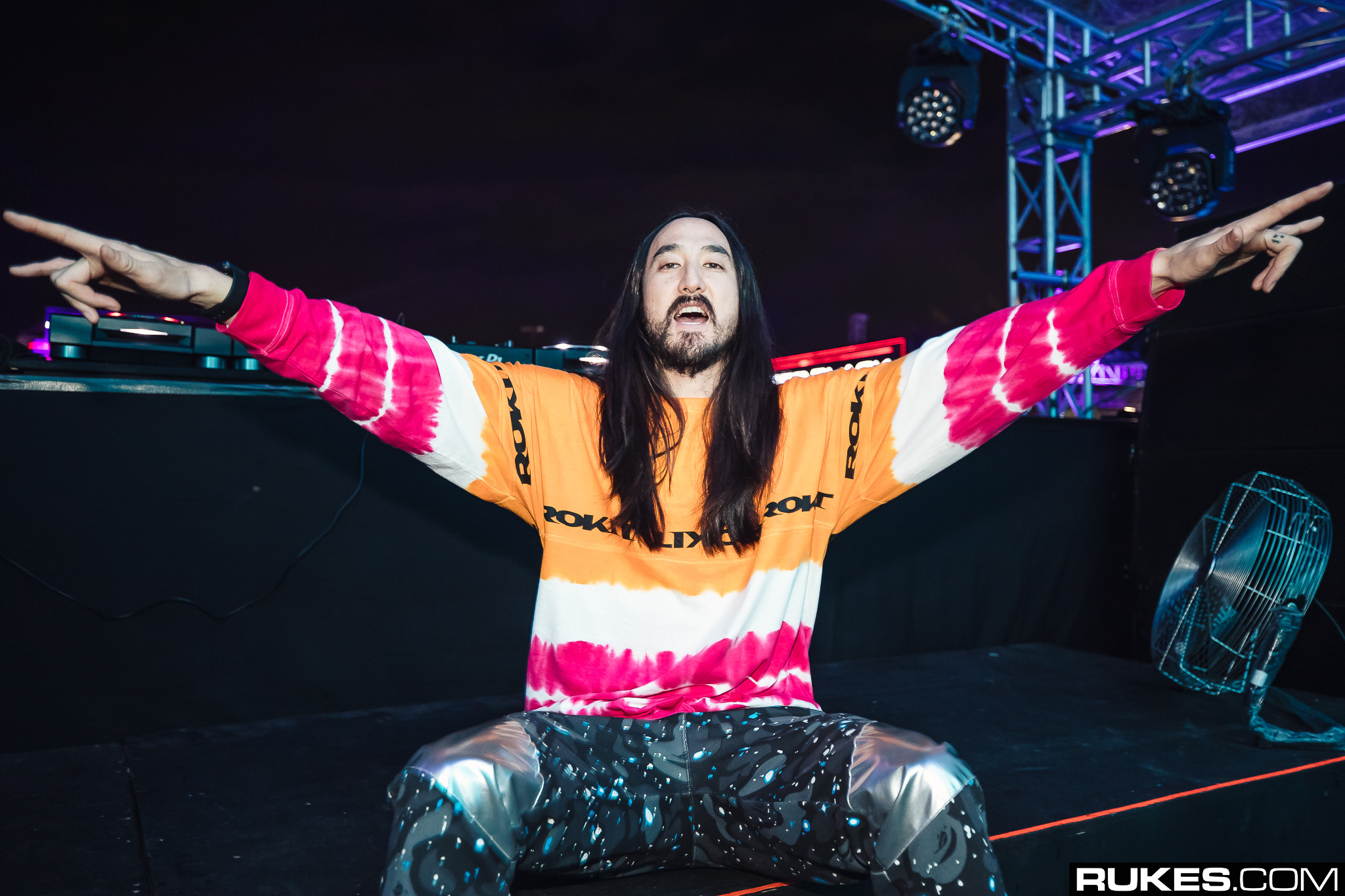 Internationally known world-wide touring DJ and Dim Mak record label head, Steve Aoki recently sat down with Joe Rogan for episode #1345 of The Joe Rogan Experience. Rogan and Aoki discuss a plethora of topics during the nearly 3 hour conversation, everything ranging from Steve explaining to Rogan the caking phenomenon that happens to Steve’s fans at music festivals, life extension, and what triggered Steve’s unique interest in various forms of health.

Joe Rogan being host of one of the most popular podcasts on the planet is known for having on an abundance of interesting and unique individuals stretching across various fields of expertise. Everyone from Elon Musk to Neil Degrassi Tyson to Alex Jones, to World-wide touring DJ Steve Aoki. When we saw that Aoki had joined Rogan for his latest episode we immediately knew the two would be bound to discuss a bunch of science, music, health and future related issues and topics.

During the episode, Steve talks about how he has already planned for his body to be cryogenically frozen once he dies, his passion for health science due to the passing of his father, time travel and his aspirations to work with scientists on music. At one point during the discussion Steve talks to Joe about the tech individual he wants to work with in the studio the most, that being none other than Tesla CEO, Elon Musk. Joe casually responds “I’ll ask him. I’ll send him a text message.”

Watch Steve Aoki on the Joe Rogan Experience below!

Quote of the Day
Byron Pulsifer
Your destiny isn't just fate; it is how you use your own developed abilities to get what you want.
Ashburn