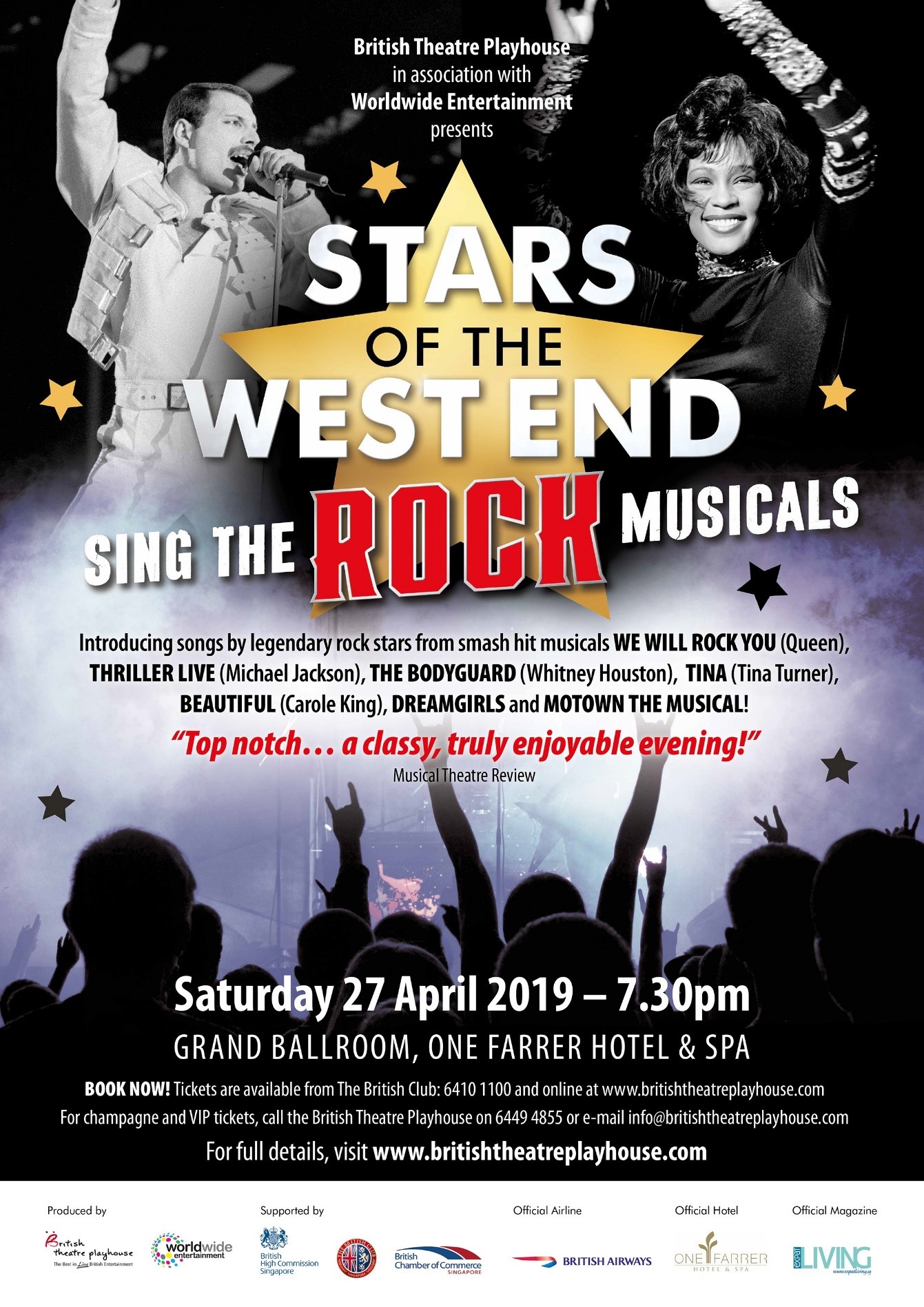 Music fans, get ready for a one-of-a-kind experience that will blow you away. On 27 April, the British Theatre Playhouse and Worldwide Entertainment are bringing together four of the biggest British musical stars all the way from London’s West End for a one-night-only concert in Singapore.

Taking place at the Grand Ballroom of One Farrer Hotel, “Stars of the West End Sing the Rock Musicals” will feature hit songs from various rock musicals, such as We Will Rock You, Thriller — Live, The Bodyguard, Tina: The Musical and Dreamgirls. Expect unforgettable live performances of your favourite Queen anthems (Bohemian Rhapsody, anyone?), Whitney Houston ballads, Michael Jackson jams and more. As a bonus, the show will also include songs from award-winning musicals, like The Phantom of the Opera and Les Misérables.

The show’s internationally-renowned cast comprises Shona Lindsay, Carole Stennett, Mike Sterling and Ricardo Afonso — all of whom have starred in the aforementioned theatre productions, and are more than qualified to bring those legendary songs to life on stage. In other words, you won’t want to miss it.

Get your tickets now at the official British Theatre Playhouse website.

This article is originally from L’Officiel Singapore.