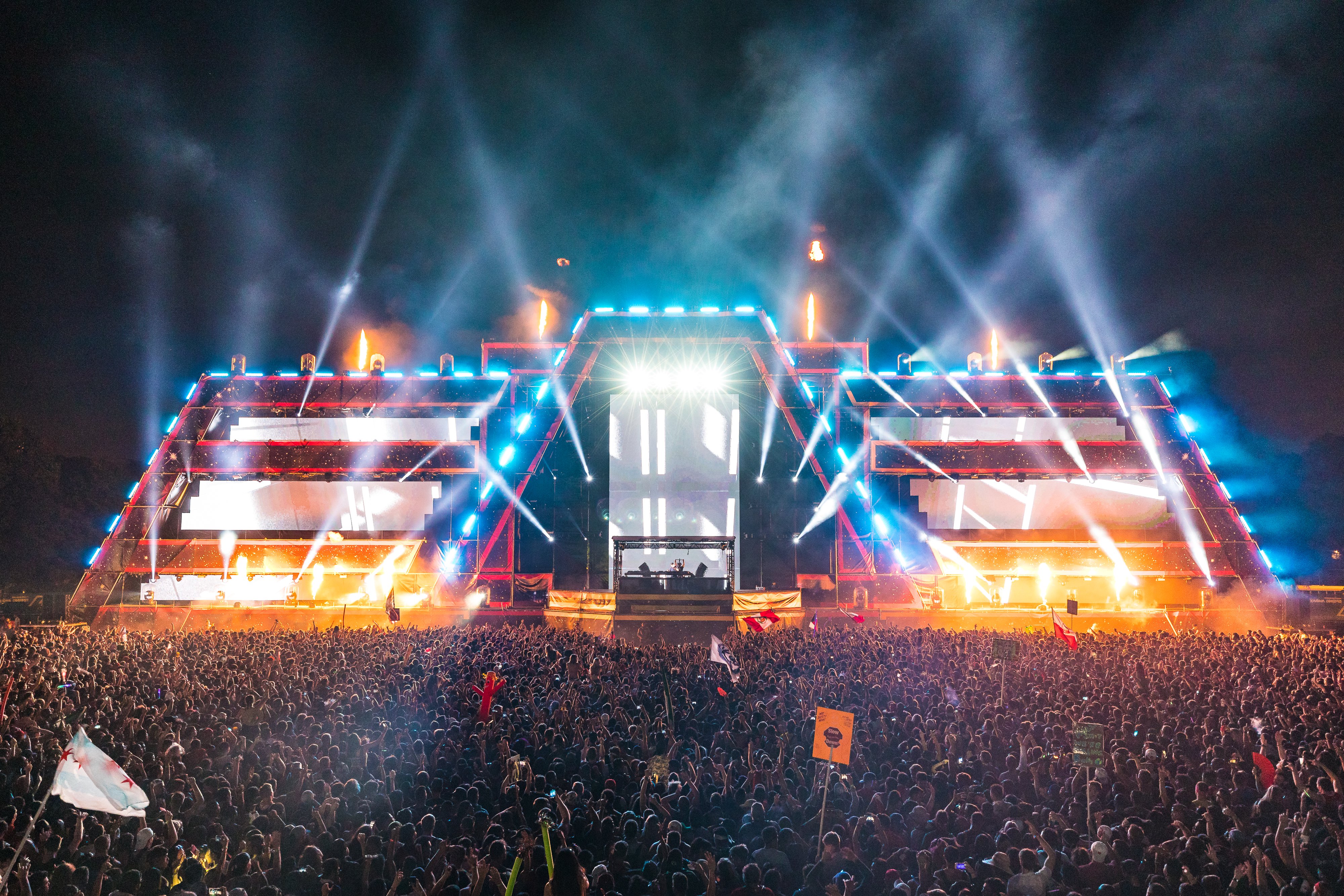 Almost two weeks ago we were finally given what we all had been waiting for, the new Spring Awakening Music Festival location and headliners! People had been growing antsy with all the silence coming from the SAMF camp, rightfully so. The fate of the festival had been hovering in limbo for months and many were worried that this may have be the end for the long running Chicago fest.

With that first announcement out of the way the Spring Awakening crew have been working non-stop, we already have the full lineup, day-to-day schedule, and single day tickets out! Many people were pleased with the amount of bass-heavy names that don the lineup such as Cookie Monsta, Dion Timmer, Liquid Stranger, Subtronics, Peekaboo, Dubloadz, and Rusko! Other highlights from the lineup include 1788-L, Benny Benassi, Andrew Bayer, and What So Not. Check out the all the artists on the lineup below.

The 2019 edition of Spring Awakening will take place June 7th through 9th at Poplar Creek at 59-90 Entertainment District in Hoffman Estates, a Northwest Chicago suburb. The new location boasts 27 acres of land, nearly double that of last year’s site, which allows for bigger and better stages, more production, and additional experiential environments. Complimentary shuttles from nearby Metra stations to the festival grounds will be provided to fest-goers. Additionally, the grounds are less than ten minutes from multiple hotel options, and for the first time in SAMF history, the location will allow for festival parking on site.

You can purchase 3-day and single-day GA and VIP tickets from the Spring Awakening website now! 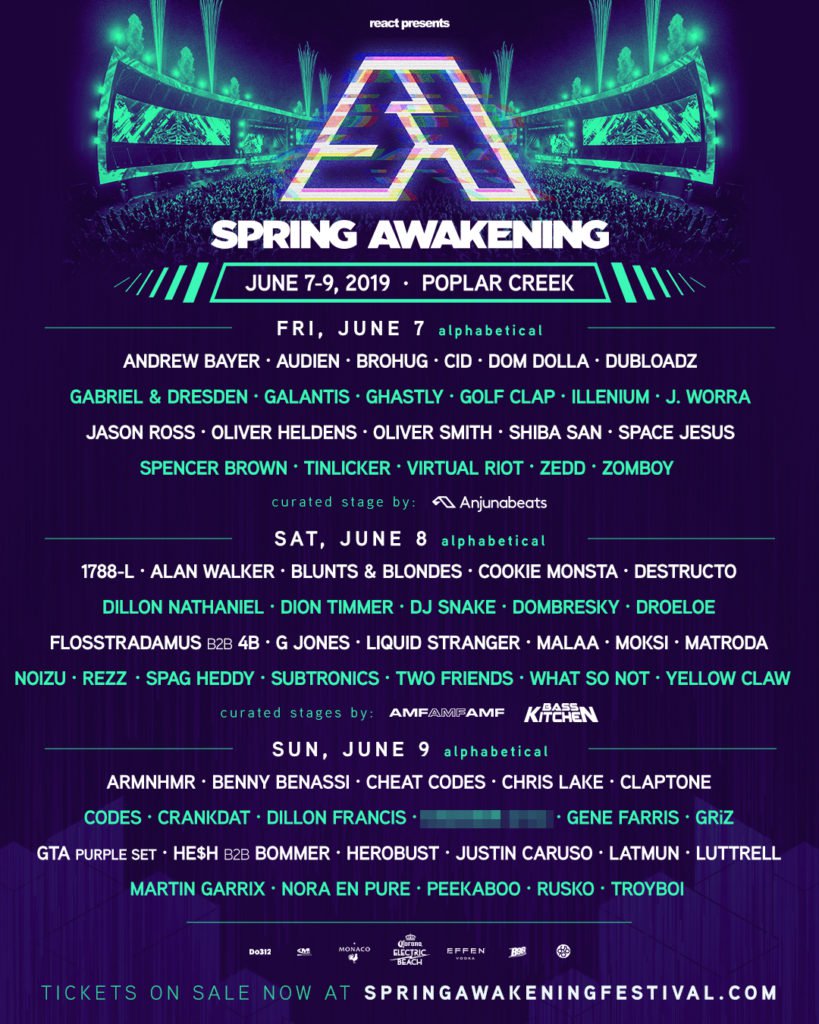