One of the most fabulous creations of the 21st century is said to be the smartphone. The smartphone is now, however, starting to look like outdated technology compared to some of the smart solutions that are available. There are now smart solutions for every room of the house, and they are slowly becoming essential to our everyday lives. Today we are going to look at some of the best smart technology available and some that will be making its way into our homes very soon.

The Next Generation of Smartphone

Smartphones, of course, were our first introduction to smart technology, and boy did they make an impact. Before the introduction of the smartphone, connecting to the internet via phone was a very arduous process that could reduce even the strongest among us to tears. We suddenly got hit with a smartphone bullet, and the world changed overnight. People fail to remember that it hasn’t been that long since before the time of the smartphone and when the smartphone arrived, it brought with it a world of information. The smartphone placed information at our fingertips and changed how we operate as human beings.

For the first time, humans were working smarter instead of harder, and it was all thanks to the wealth of information at our fingertips. So what is next for smartphones? Well, a lot is a simple answer to that. We will soon be seeing foldable phones, phones that have a wrap-around the display and very soon a phone with a 108Mp camera. The great thing is, these amazing innovations are coming from the lesser-known companies out there, and they are truly making a difference. Price comparing these phones to the larger brands is quite amusing. These phones are, in fact, less than half the price of the bigger names and offer so much more. Having access to more affordable technology is essential nowadays, rather than taking on a heavy-hitting mobile phone plan with the larger companies that can cost you almost 2 grand over 24 months. Why not pair an incredible phone with something like a SMARTY unlimited data plan. Over all this can show huge savings and when it comes to value for money, you are getting incredible technology at amazing prices. 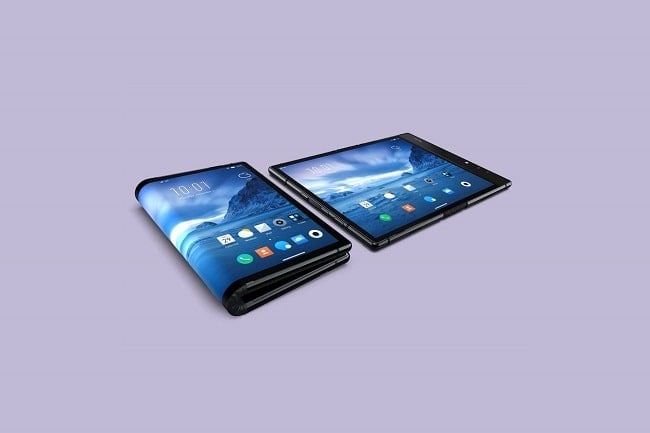 We are sure you all remember Google glasses and the almost instant flop they presented to the world. Well, you could be forgiven for thinking the world of smart glasses has taken a backseat, you would be wrong though. Smart glasses have come so far in the last two years that this technology is now able to disguise itself as a regular pair of glasses. There is a company out there called North, and they have taken the next step when it comes to smart technology. North have created Focals, and let us start by saying North have created something special with these smart glasses.

In comparison to most smart glasses, Focals cannot be identified as smart glasses to an onlooker; the technology truly is that smart. Focals work by simply projecting the light onto the retina of the user, and this then makes what you see only visible to you. Another amazing feature is the glasses are not only custom made, but they are also available with prescription lenses. Focals are continuously being adapted, and there will be constant updates to the operating system, according to North, the next step is the incorporation of Google Lens into the software. As you can see, smart glasses have come a long way, and this is not the only solution available. There are of course plenty more to choose from, the video below shows the top 5 for 2019. 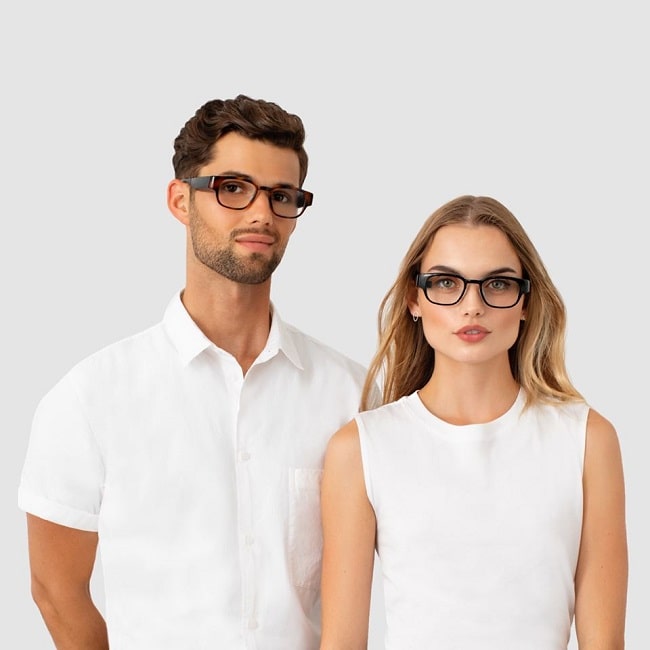 While the smart speaker is now somewhat older technology, no list of smart gear would be complete without it. For some people, the use of a smart speaker isn’t just a convenience; it’s a necessity. Smart speakers have been able to open up a whole new world to people from all walks of life. Out of everybody, the smart speaker may help, it has now offered a brand new lease of life to the visually impaired. Smart speakers can offer assistance, guidance, and so much more to those in need. As smart speakers have become better engineered, they now have the ability to communicate with a plethora of household appliances. This communication has eased the lives of so many people. Smart speakers can now turn on electrical equipment, turn up and down the central heating and so much more. All in all, the smart speaker could be one of the most important creations of the 21st century. What’s more, if you fancy yourself as a little bit of an engineer, you can even build one yourself. 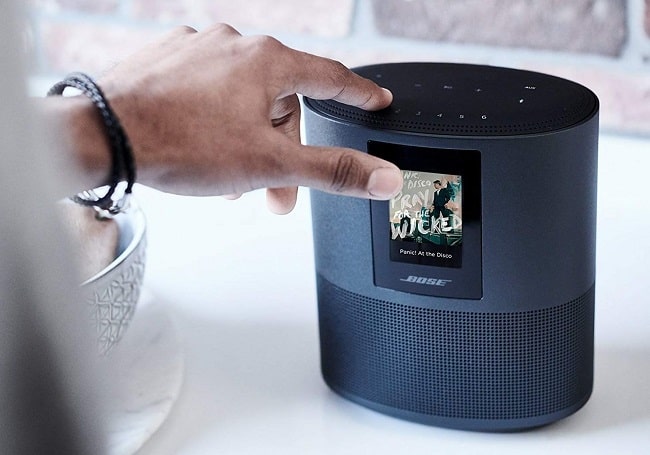 One of the more luxurious items on the smart technology list, but pretty soon, it could be the smartest. The smart refrigerator can do so many things to ease life; it is untrue. While there are a lot of accusations of these devices making us lazier, they in fact just enable us to work far smarter than we ever have before. Smart refrigerators first and foremost come equipped with cameras inside, these cameras simply allow you to monitor the food inside and check to see if you need to pick something up on the way home. The technology does, however, get far more complicated than that. Smart refrigerators now come equipped with barcode scanners and will keep track of the items and quantities in the refrigerators. You can set the fridge to order any of the products you run low on automatically, and you can do this from your favourite home delivery food services. These smart fridges have become super-intelligent, and some of them can now assign certain sections to defrost and thaw food out, just in case you forget. 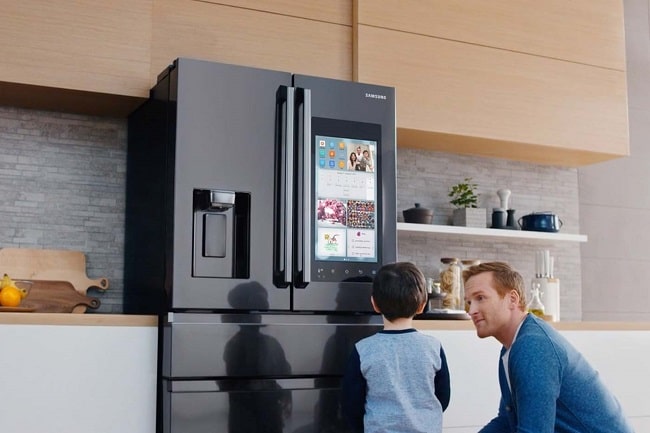 The smart TV is another thing that cannot go unmentioned. The introduction of smart TVs in 2008 changed the way we viewed television forever. Television was for some of us was just simple TV. Now a TV can do so much more. Televisions are now capable of running Android and other software that enables us to use the TV as a computer, well, pretty much anyway. You can do way more than just watch TV anyway. Smart TVs have in the last 11 years come so far, it’s almost borderline science fiction. LG has to lead the way when it comes to smart TVs. LG first pioneered 3D viewing and now when it comes to the way a TV looks, they have taken things to the next level. LG has taken innovation to the next level with the release of the wallpaper TV. LG has taken away everything that is not television and all that is left is a 3.85mm width and incredible quality. 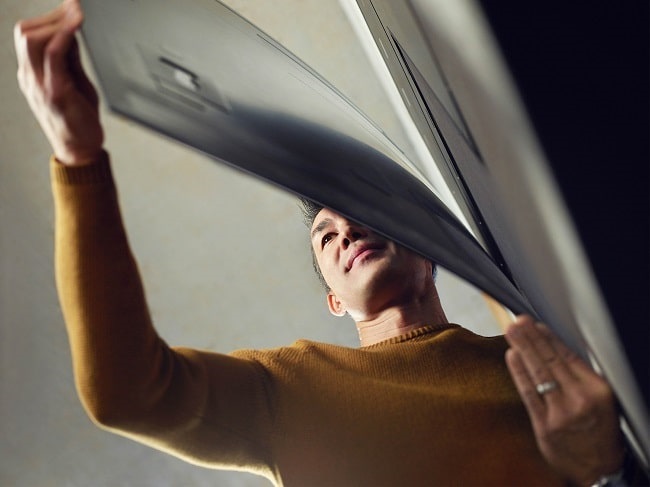 Best Of The Rest

There are, of course, some incredible ventures in smart technology, and to mention them all would take an eternity. The smartwatch, however, definitely gets an honourable mention. Since the release of the smartwatch, it has encouraged people to monitor their health and has given people a positive push in the right direction when it comes to fitness. One of the favourites that we will mention finally is the smart mirror, although not known internationally yet, the smart mirror is quite an amazing piece of technology. The smart mirror is exactly as it sounds; it’s a mirror with either android or Linux functions that enables you to plan your day, whilst getting ready. The smart mirror supports multiple users and has facial recognition login. You get a ton of features with the smart mirror such as: Video Calling, Smart Home Control, Media Player, Internet Browser, Wifi, Bluetooth.