Räikkönen won the 2007 Formula One World Championship during his first season at Scuderia Ferrari and after nine seasons, he left briefly to compete in the World Rally Championship before returning to F1, winning 21 Grands Prix in total and making him the most successful Finnish driver in terms of F1 race wins. Hence, legendary driver and legendary maker of “racing machines” are a match-made in horological heaven. 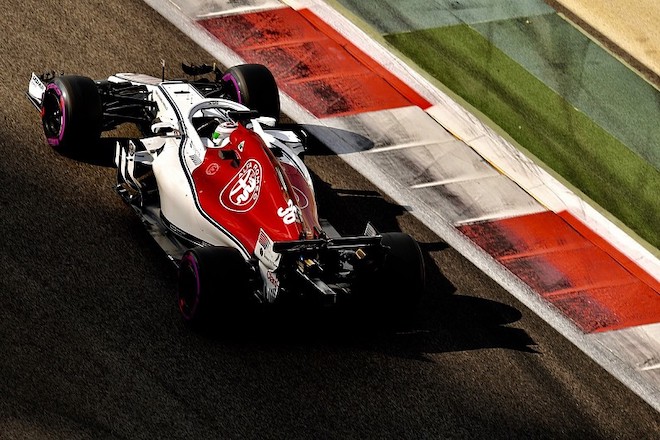 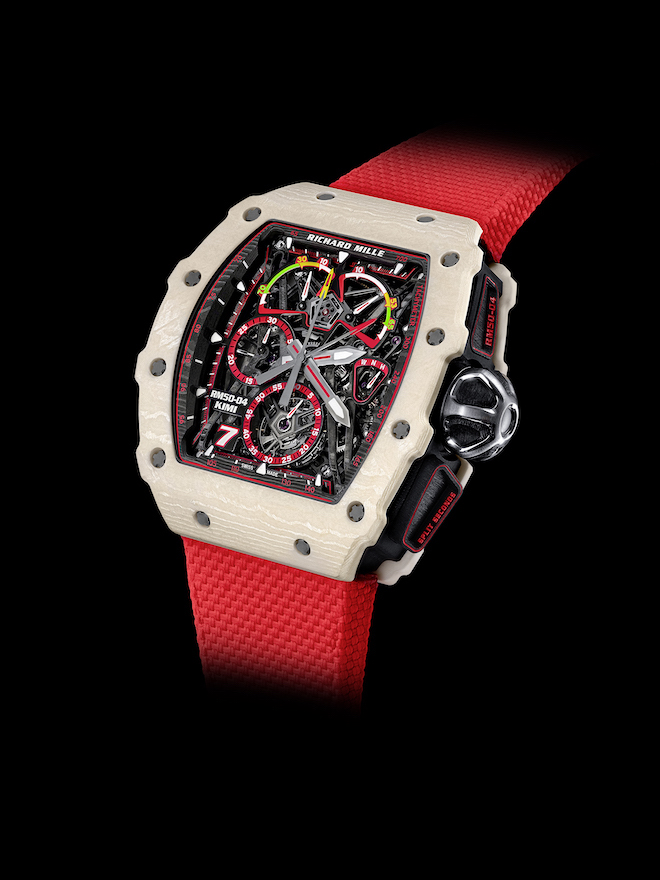 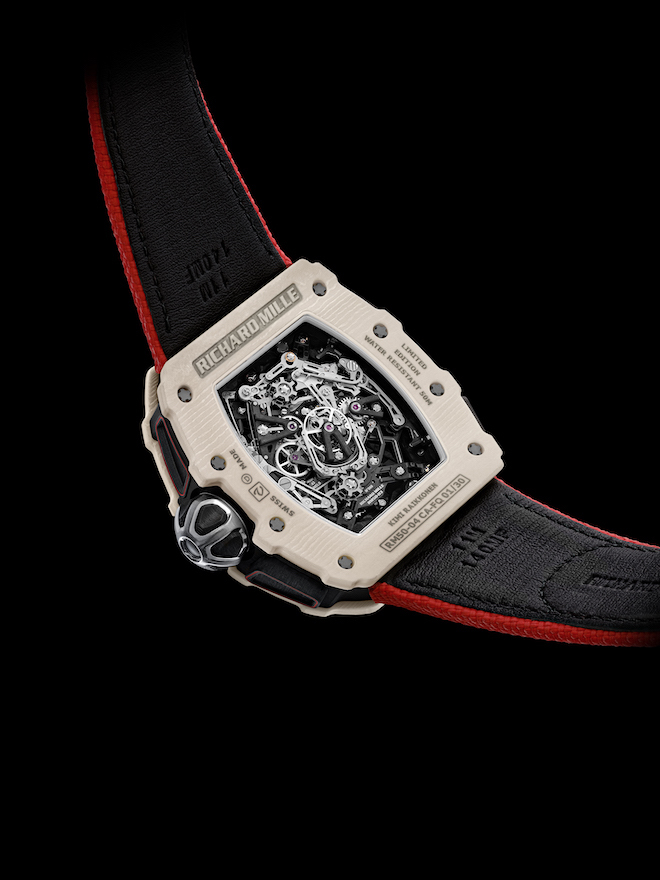 During the course of his 18 year career, Iceman has made 103 podium finishes, coming first on 21 occasions and its with these professional accolades that he has rethought his approach to racing saying, “From now on, I consider F1 to be a hobby. I no longer feel the same pressure and I can just have fun at the wheel. That’s what I enjoy doing, even if I’m still concentrated on doing my best to achieve the result that the car deserves.”

Indeed, like the Richard Mille manufacture, Räikkönen takes a cool, technical approach to his driving much like the technical calibre ensconced within the RM 50-04 on his wrist. The split-seconds chronograph comes with tourbillon comprised of grade-5 titanium and Carbon TPT movement weighing a total 7 grams; and reminiscent of the Alfa Romeo F1 race car Räikkönen handles on track, the namesake RM 50-04 Tourbillon Split-Seconds Chronograph is a technical marvel combining the split-seconds and  tourbillon complications within a single mechanism with perfect transmission of energy. 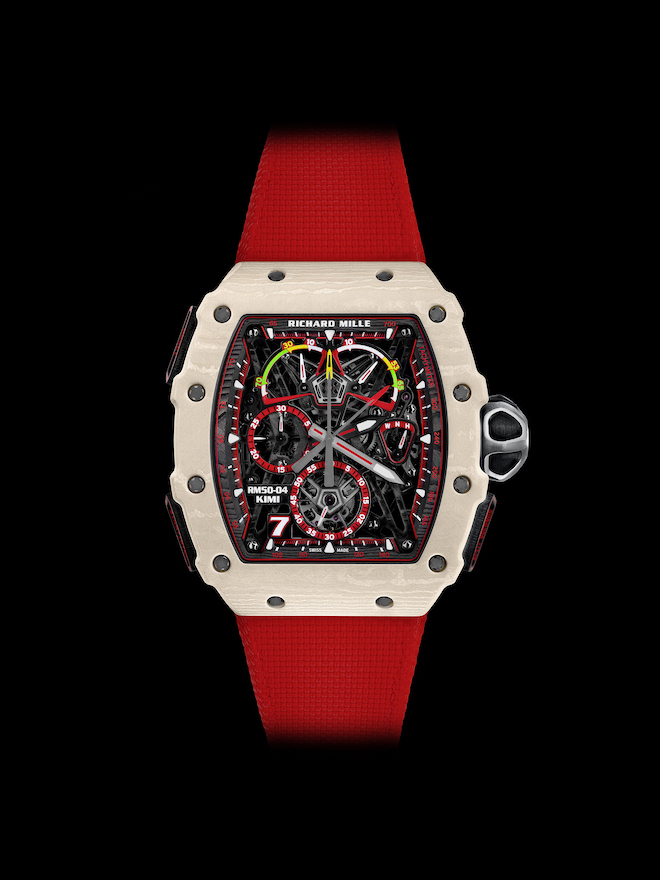 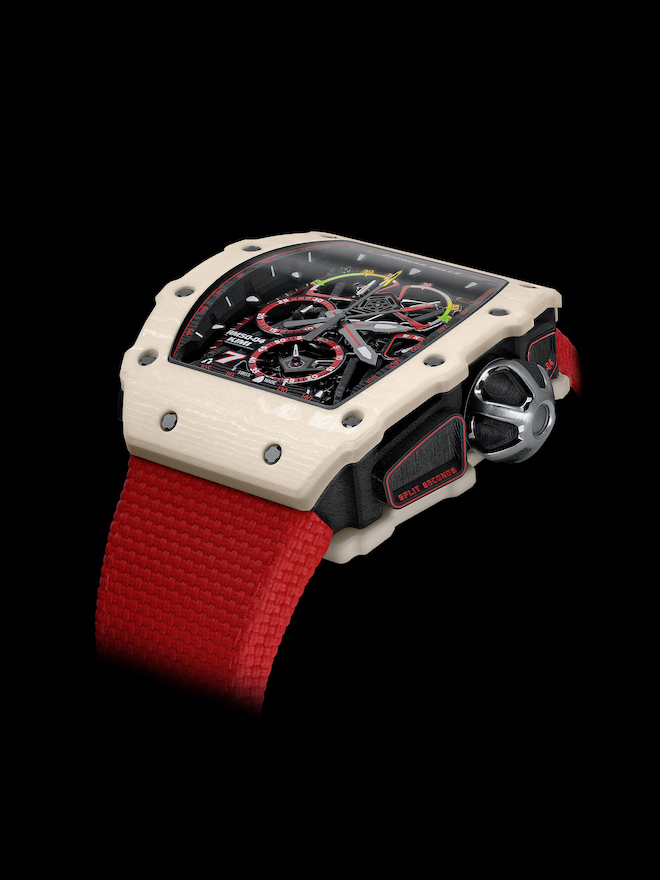 The RM 50-04 Tourbillon Split-Seconds Chronograph Kimi Räikkönen was redesigned for reduced friction by improving the profile of the teeth on the barrel and the second wheel pinion for efficient distribution of torque and an optimised output.

The livery of Räikkönen’s F1 C38 race car is also  showcased on the bezel and case back in white Quartz TPT by interlaying 600 layers of silicon each 45 microns thick and impregnating them with a white matrix before heating them to 120 °C in an autoclave with red accents all throughout the movement and the TPT flange. The grade-5 titanium dial also includes the number 7, which is worn by Kimi in competition. The Richard Mille Tourbillon Split-Seconds Chronograph is also rated for impacts of 5,000 g’s. 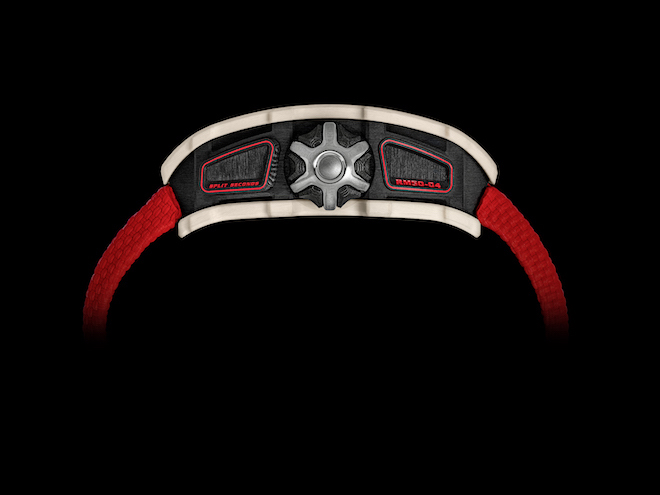 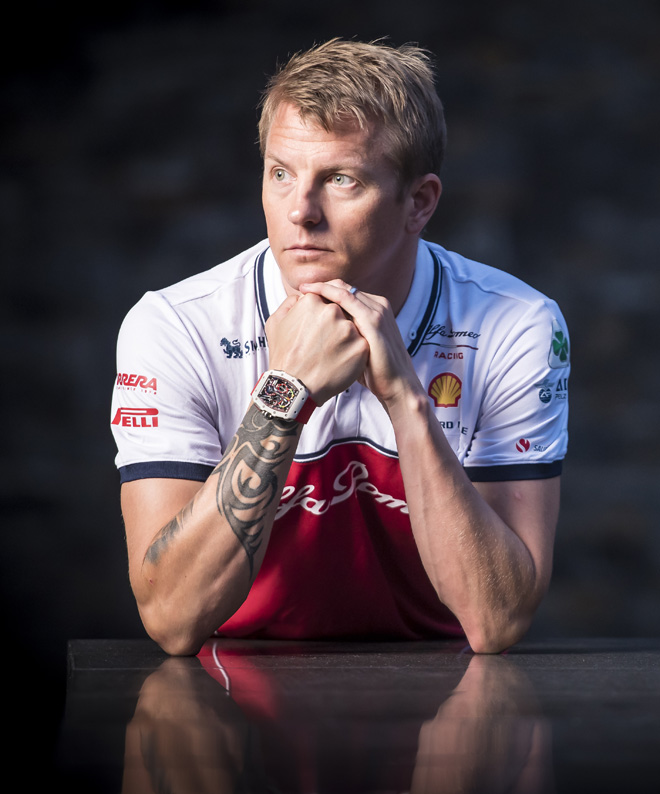