Rotating within the rocks and out unto the surrounding lake and forest, Mashhad-based architect, Reza Mohtashami’s latest concept comes in the form of a cliff-side dwelling known as the ‘Concrete House’. 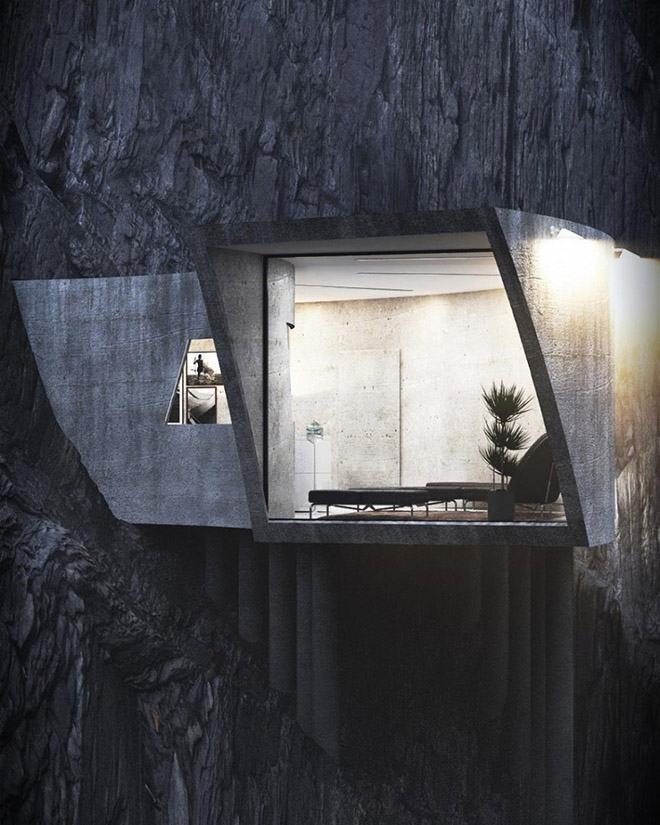 Managing to appear both sinister and beautiful in perfect contiguity, the Concrete House melds man-made elements into the natural environment using curved structures, made almost entirely out of concrete, and a series of pillars propped upon a massive unnerving rock formation. Colored in an almost identical shade of grey, the Concrete House almost blends seamlessly into its environment, whilst featuring an uncharacteristically inviting and minimalistic interior. Despite the home’s overall curvature, its interior remains palatial, with a living area, kitchen, bedroom, and entertainment room, plus large windows for natural light and unobstructed views of the surrounding landscape. 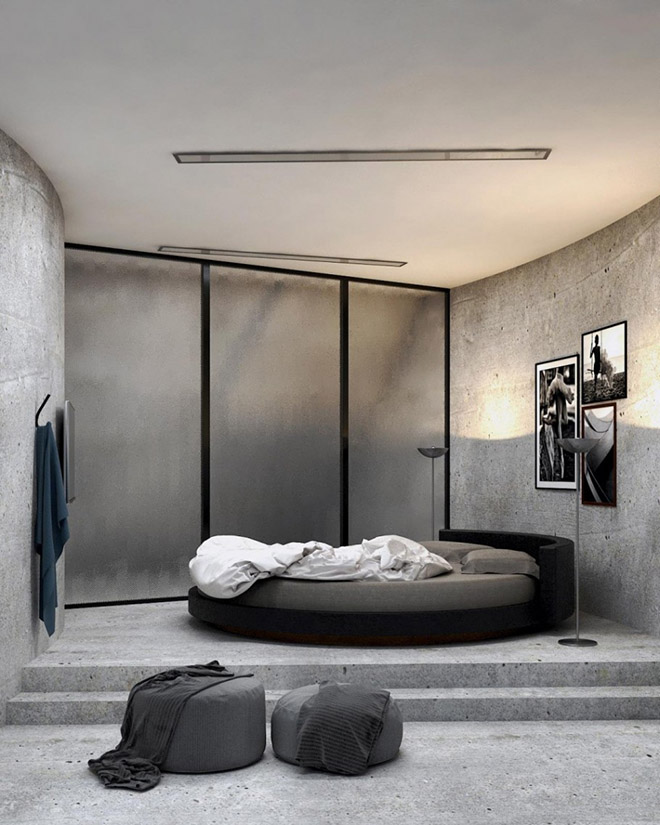 Best described by Reza Mohtashami, himself, “This idea of a habitat within nature not only harms the environment but can also be used as a religious place. Of course, to attract tourists using the seats on the cliffs overlooking the lake directly. And the forest environment can be a good feeling for people.”

These Rosan Diamond Credit Cards are VISA Certified, Custom Made, and Worth $50K