Ask a few menswear specialists about monochrome dressing, and you’re sure to get a different answer from each. Oftentimes, the term gets applied to strict black-and-white ensembles: The typical suit with a white button-down, all the way to Americana-leaning black chinos with a white crew and moto jacket. On the other hand, going back to 2014, it meant dressing head-to-toe in one shade – a trend seen at the time amongst streetwear brands. Then, more recently, monochrome has evolved to encompass tonal dressing: Not so much the straightforward, everyman version espoused by Queer Eye’s Tan France to men that find anything above jeans and a tee a challenge but to full ensembles covering a wider range of colour tones. It’s the man that pairs his charcoal suit with a light-grey knit underneath and matches it with a jet-black belt and lace-ups.

The ease of dressing well runs fluidly through each iteration, however. Head-to-toe black? As plenty of EDM DJs show, you’re good to go, get sweaty, and will look moderately sharp. Nevertheless, as some runway presentations show, sticking to one or two shades opens up a whole new door. Mainly, that baseline gives you the freedom to try out different fits, cuts, and textures without, frankly, coming off as loud and overly showy. So, with spring 2019 reviving monochrome, here’s how to approach it this time around: 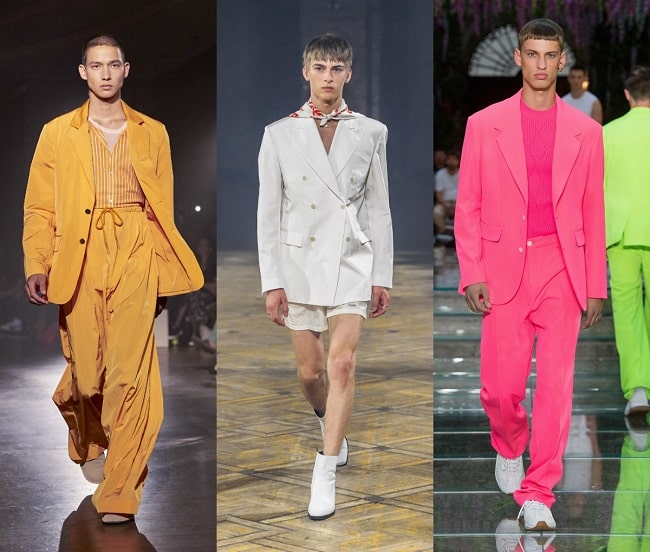 Or, should we say, “minimalist”? Whether it’s all black or white, a single colour quite literally brings your look together. And, you don’t have to look hard to find the pieces: Any man with an average wardrobe has at least a black tee, jeans, and lace-up boots lurking around, with a matching single-button blazer or bomber jacket to finish everything off. But, don’t just throw it all over and call it a day. Rather, two factors divide sharp monochrome dressing from overt laziness. Cleanliness is one: Avoid anything with scuffs, smudges, and fading, and keep rips to a minimum. Around the knees of your jeans is fine; beyond that, it appears as if you’re low on laundry. Then, look at the lines you’re creating. At its basest level, a single colour should be met with straight lines and clean edges. Thus, if you’re totally new, avoid the oversized fits (for now) and be cautious with any wide-legged trousers. Once you’ve mastered these rules, start to see what you can do within these boundaries. You’ve got a wealth of garments out there to choose from, and if some variation is needed, change up the materials. Twill and denim look vastly different from fine knit fabrics and wool. 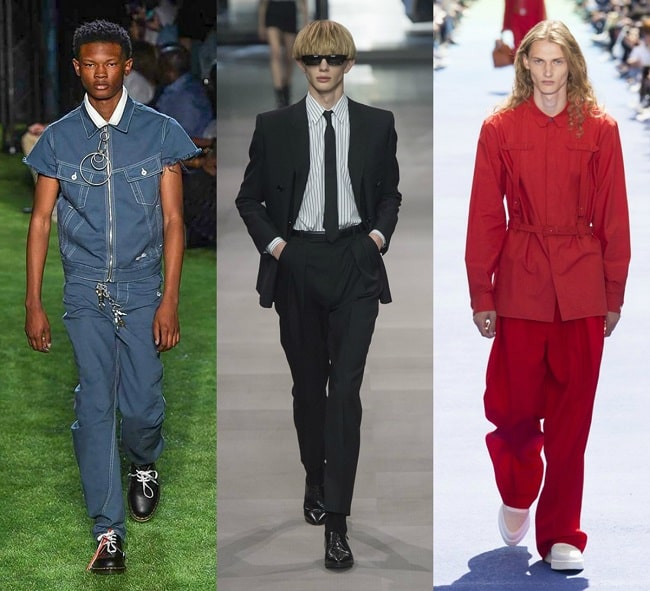 In many ways, monochrome suiting feels like a natural progression from your tees-and-chinos combinations. Stick with what’s classic and simple – for instance, a slim but not skinny cut and a single-breasted jacket with a notched lapel. From there, the world’s your oyster to try out new materials – velvet’s one we’ve seen countless times – and textures. See Hedi Slimane’s Celine debut as one example. Or, stick within a colour group: Although white-on-white turned into a standout at Virgil Abloh’s Louis Vuitton debut last year, Riccardo Tisci’s first Burberry collection took a more subtle, crafted approach, with tonal tans and greys breaking up the monotony.

Beyond Black and White

What about red, pink, blue, or even yellow? All possibilities, whether you strive for the truly solid or try out something tonal. Virgil Abloh’s Louis Vuitton debut served as an introduction: Likely hinting at his Wizard of Oz references, Abloh’s rainbow of solid shades ventured into the strictly monochrome with red, white all over, off-white (excuse the pun), and light almost tactical grey. Dries Van Noten’s SS19 presentation went down a similar route – one playing off that rainbow motif, albeit in more gradient variations for a layered effect hinting at the range present in a single colour. Unravel’s Resort collection, too, opted for a nearly identical approach. Sans rainbows, outfits in primary colours dabbled with varying concentrations: Butter to buttercup yellow, bright pink to red, pale to blood orange, and royal to cerulean blue, with multiple shades occasionally added to a single piece. 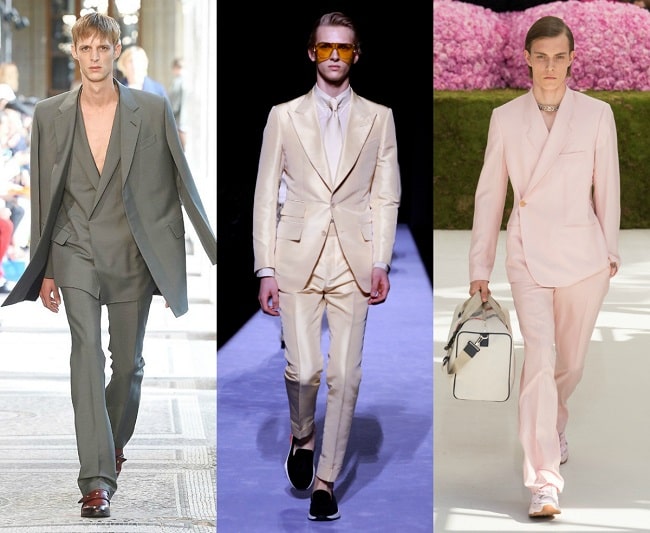 Breaking the Rules of Form

Think of this as akin to stretching certain grammar and sentence structure rules: While, in some instances, starting a sentence with a conjunction or ending it with a preposition works, not every monochrome silhouette has to be based in linear forms and angular shapes. Some SS19 collections prove that. Abloh, in another instance, not only widened his fits but punctuated them with plenty of pockets. Dries Van Noten and Unravel, too, opted for bigger, almost enveloping cuts: Boxy to the point of obscuring for the former, and heavily draped for the latter. 1017 ALYX 9SM, meanwhile, reminds us of that Health Goth trend from roughly five years ago, with a more sophisticated makeover. Although the silhouettes are still widely cut and draped to the point they resemble a poncho-dress hybrid, playing these futuristic, almost agender forms off classic blazers and slimming the trousers down create some semblance of structure without a heavy reliance on predictable shapes.