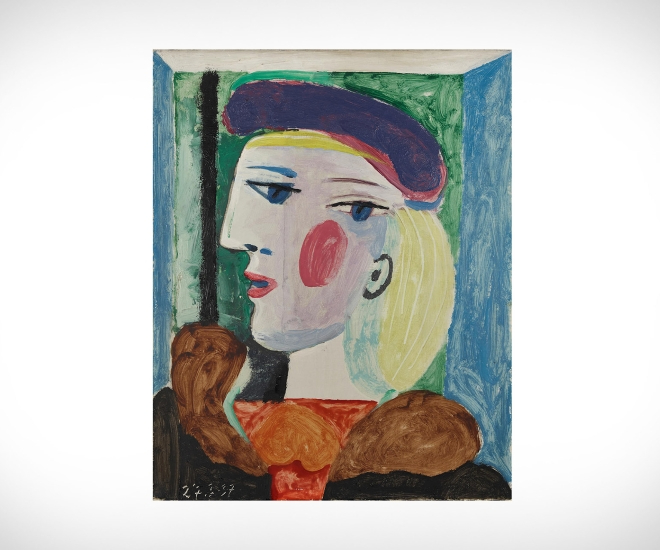 One of Picasso’s lesser-known artworks is finally being displayed for audiences around the world after beiing hidden for almost 40 years. Femme au Béret Mauve depicted Picasso’s muse and mistress of 10 years, whom he reportedly favoured over his first wife and second mistress. Normally, this kind of a relationship would be considered a social taboo. But this relationship between Picasso and his lover did lead to the creation of one of his greatest artworks, expected to fetch up to US$15 million at auction.

Picasso was born in Malaga, Spain, 1881, to Don Jose Ruiz y Blasco and Maria Picasso y Lopez. Ruiz was a professor of art and an avid painter. Being surrounded by art from an early age, Picasso inherited his father’s talent and passion for art, and so began his formal training at the age of seven under the tutelage of his father. This training gave Picasso a solid foundation on which he built his art and had a profound influence on the way he approached his earliest pieces such as Portrait of Aunt Pepa. 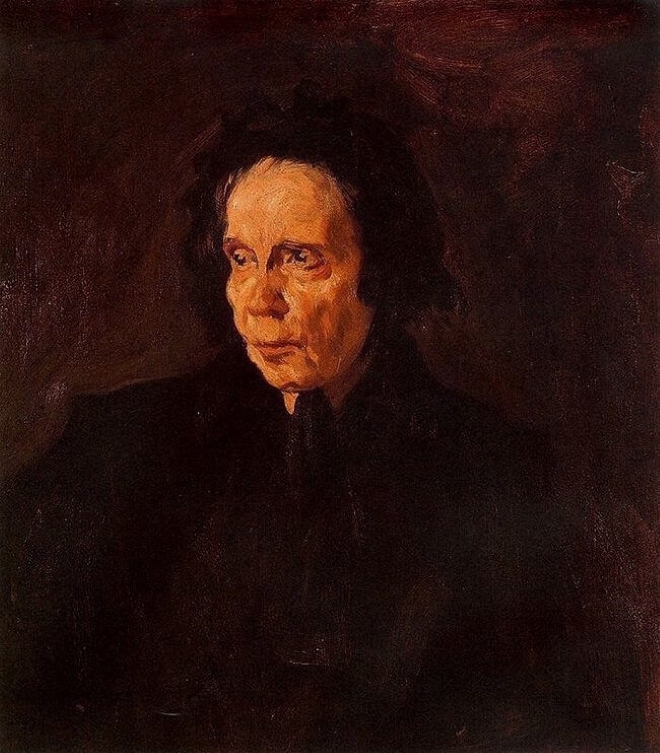 In 1895 at the age of 13, Picasso was admitted into the Barcelona School of Fine Arts after taking an entrance exam for one of the school’s advanced classes. At 16, he was sent to the Royal Academy of San Fernando. However, he soon grew tired of the formal instructions and later stopped attending classes. While he had a talent for realism, ingrained from the lessons he received from an early age, Pablo Picasso’s artistic style and technique began to change with his introduction to symbolist works. Throughout his life, he would continue to explore many different styles ranging from Post-Impressionism to Cubism, and Surrealism. Pablo Picasso did not just confine himself to canvas and even experimented with sculptures. His art over the years showed the different styles he experimented with during each period. 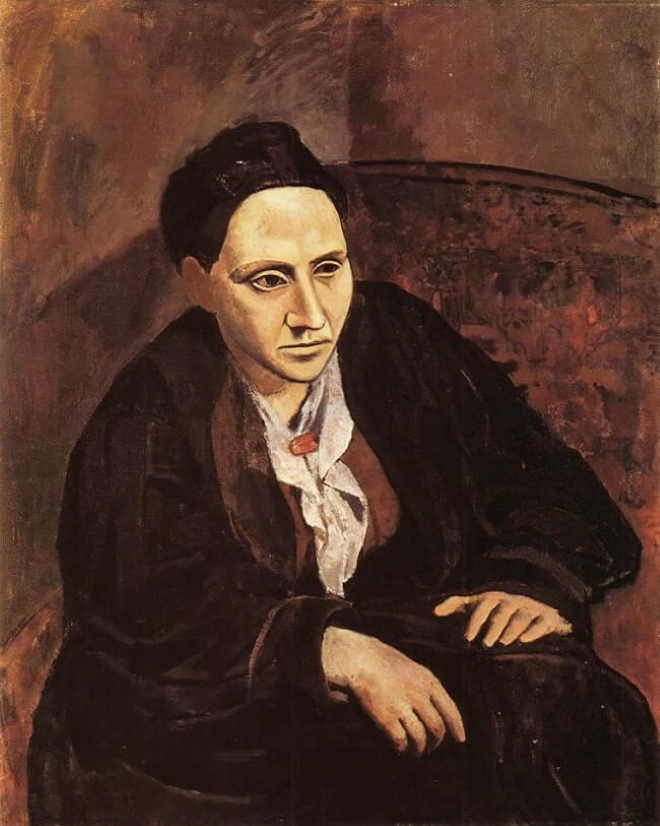 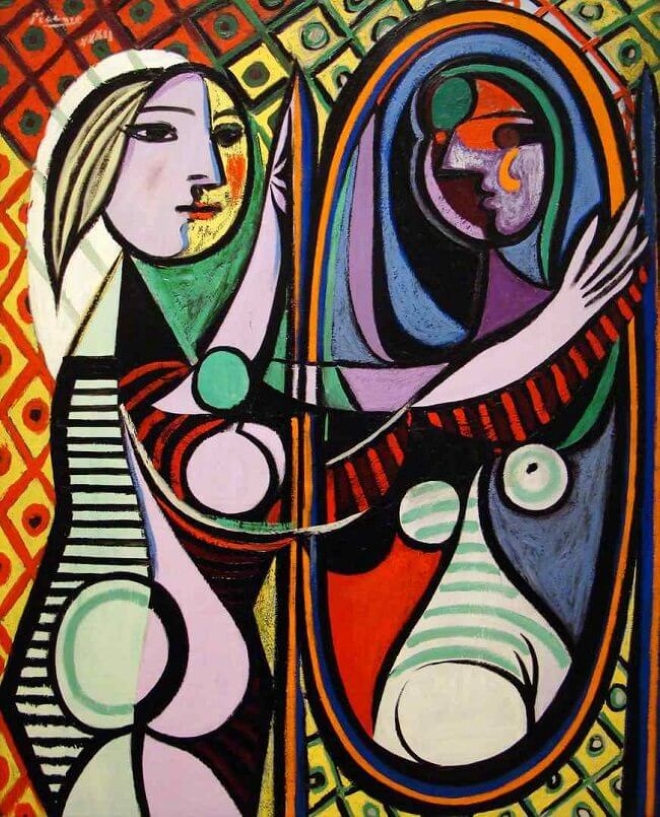 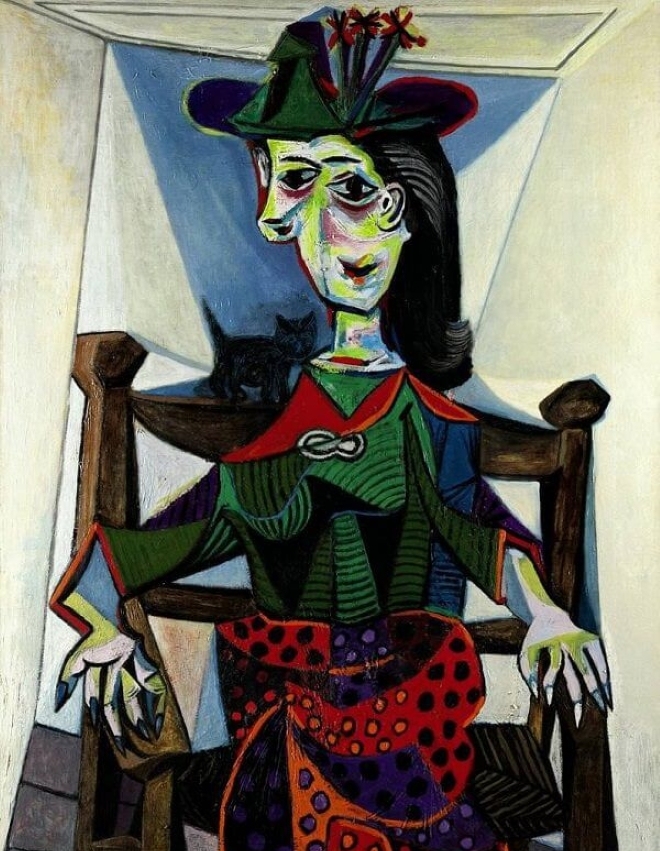 Behind Every Successful Man Is a Woman, or Three

At the time he painted Femme au Béret Mauve, Picasso was dividing his time between three different women. His first wife, Olga Khokhlova, who refused to divorce him, his newest lover Dora Maar, and his lover of 10 years Marie-Thérèse Walter. The famous painting set to go on auction this May was a portrait of Marie-Thérèse Walter, with whom Picasso had a daughter, Maya. Compared to other pieces of the same year such as Guernica and Weeping Woman, the latter of which featured Dora Maar as the subject, Femme au Béret Mauve was vibrant and jovial, painted using bright colours. This contrasted with the emotional turmoil raging within Picasso at the time. 1937 was a time of great political conflict brought about by the Spanish Civil War which ravaged his homeland. Guernica in particular, was an expression of Picasso’s thoughts on the war, depicting the horrors of the conflict, and condemning it as an act of self-destruction. In comparison, Femme au Béret Mauve represented the sense of security Picasso drew from being with Walter. 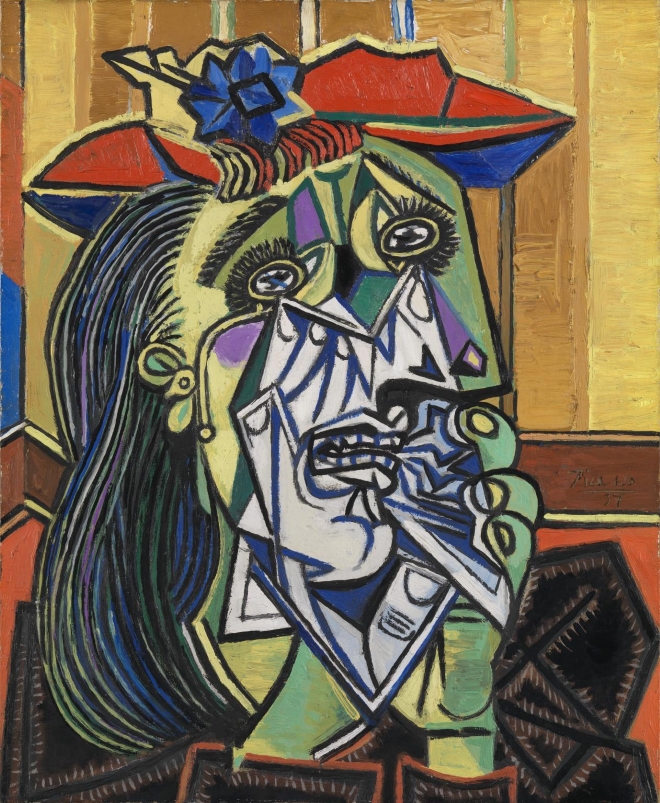 Molly Ott Ambler, head of Bonhams Impressionist, Modern, European and modern Art in the US summed this up splendidly, “This bright, joyous portrait of Marie-Thérèse Walter exudes stability and calm at a time when Picasso’s personal life was in turmoil and all of Europe was living under the shadow of impending war. Family life with Marie-Thérèse and their daughter Maya represented a refuge of serenity and sensuality so wonderfully captured in this work.” 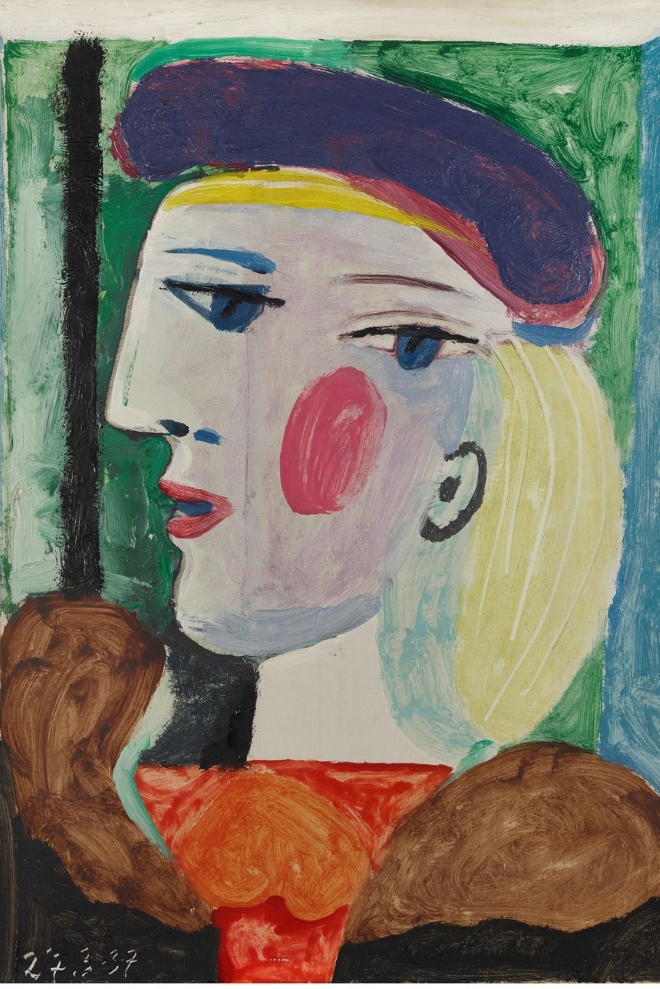 Prior to being bought by the American collector, in whose collection it has resided since 1984, the iconic painting had changed hands several times. The current owners bought it from Hirschl & Adler in New York, who got it from a Cologne collector that purchased it in the 1980s from a Genevan dealer. This Genevan dealer reportedly purchased the painting from Marina Picasso, granddaughter of Pablo Picasso. Femme au Béret Mauve will be displayed in San Francisco, Los Angeles, Paris, Hong Kong, and New York prior to be being sold as part of Bonham’s Impressionist and Modern Art Sale on 13 May. For more updates on the upcoming sale and more, head over to Bonhams’ website.