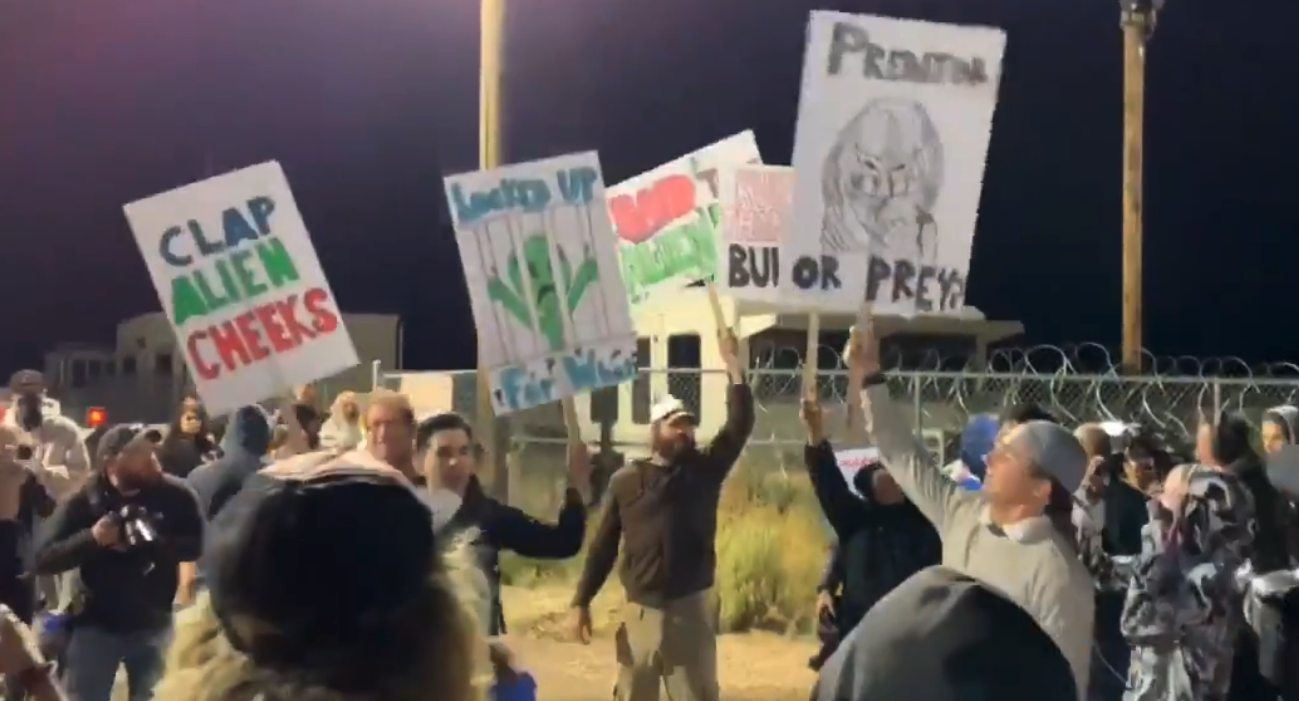 The biggest question as today approached was, “How many people are actually going to show up to this thing?” The original Storm Area 51 Facebook event that became so viral it turned into a reality had over 3 million RSVPs — realistically, there was no way to actually know how many people would arrive at the gates or cause problems.

According to Lincoln County Sheriff Kerry Lee, around 1,500 people arrived between the nearby towns of Rachel and Hiko in Nevada. Of those, around 150 made the trek on dirt roads to get within actual selfie distance of the military base gates.

“It’s a national sensation,” Ashlee Wright said. The 31-year-old is running a bar on wheels called Mountain Brewed with her family, where they’re serving frozen margaritas, beers, shots, and hot dogs near the stage close to Little A’Le’Inn in Rachel.

Authorities say one person was arrested on a charge of public urination and another was detained early Friday attempting to go underneath a gate to Area 51 on Friday.

So far, no one has been shot.