Nearly 10 years ago, EDC Orlando started in a small space at Tinker Field in the heat of summer. The lineup was large for the time: Skrillex, Diplo, Calvin Harris and others. The production did the job, but fell short compared to EDC Las Vegas. It came and went, giving Florida a taste for an EDM festival outside Ultra in Miami.

It’s safe to say EDC Orlando has grown up a lot since then. Organized by Insomniac, the festival ran three days for the first time on November 8-10, still at Tinker Field but in a bigger space. Familiar faces such as Diplo returned, but along with many new names such as REZZ, Adam Beyer, Nora En Pure and more. Carnival rides, art pieces, activations, art cars (with even more music!) and performers add to the experience. EDC Orlando isn’t just the “other EDC” anymore; it’s a full-blown, flagship event. 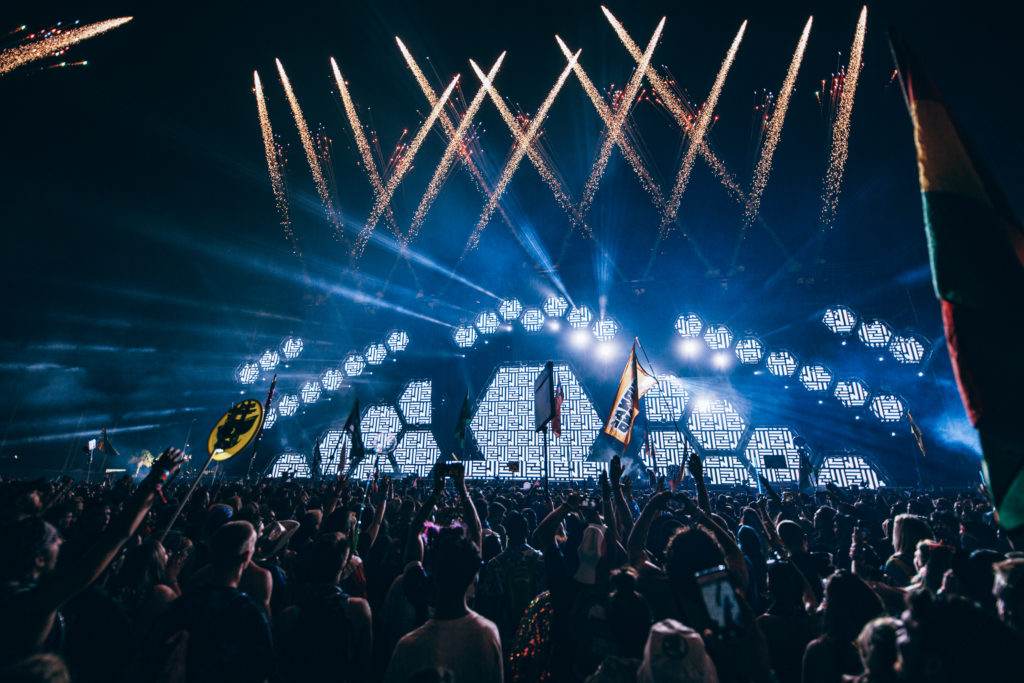 EDC Orlando now spans four stages, two art cars and the Corona Electric Beach stage. It’s a big step up from the previous three-stage layout, but the growth is warranted; every stage brought a crowd. From the traditional EDM of kineticFIELD to hardstyle for a bassCON takeover at stereoBLOOM, the stages shaped their own sonic and visual identities. circuitGROUNDS gave artists such as Chris Lake, SVDDEN DEATH and Florida local Blunts & Blondes room to shine with incredible visuals. And the deeper sounds of neonGARDEN also drew big crowds, signaling a shift in musical appetite among EDC Orlando’s attendees.

EDC Orlando largely inherited production from EDC Las Vegas, but this worked out in the festival’s favor. kineticFIELD, circuitGROUNDS, stereoBLOOM and the art cars lifted straight from Vegas, only shrinking in size if at all. This approach brings a streamlined vision to EDC’s production, and gives artists a chance to light the sky with visual spectacle. neonGARDEN remained an enclosed tent, but the stage design worked in favor of the stage’s club-oriented music. 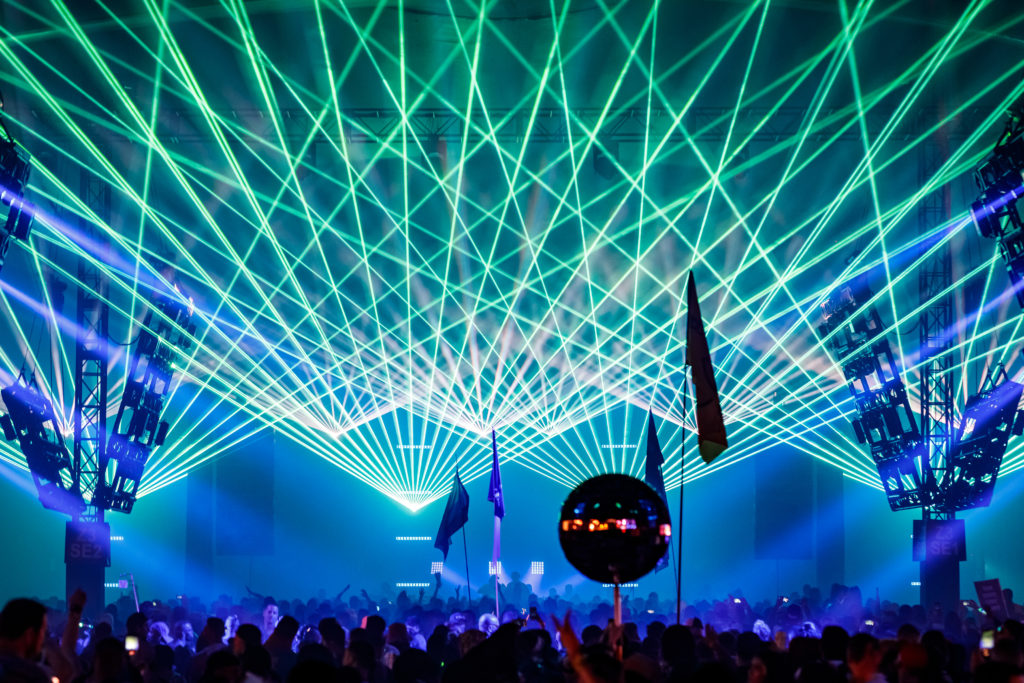 Artists both established and rising shared EDC Orlando’s lineup this year. Deadmau5 made his EDC Orlando debut with an adapted set from his new live show. Other genre titans included Eric Prydz, Steve Aoki, Kaskade, Excision and RL Grime. Stage takeovers came in the form of Drumcode, Mau5trap and Green Velvet‘s La La Land. The actual stage and scheduling curation fell short sometimes (e.g. the odd structuring of DJ Tennis b2b Tiga into Loco Dice into Charlotte de Witte, REZZ into Above & Beyond), but the amount of talent on display was exceptional.

As expected with expansion, some growing pains set in during the weekend. The festival’s expanded venue helped with crowds at the stages, but the festival paths often turned into choke points. The area around kineticFIELD and the iconic ferris wheel proved to be the most challenging, turning planned quick trips into lengthy travels. The expansion into Tinker Field’s parking lots caused concrete concerns, but thankfully artificial turfing gave attendees’ legs and knees a much-needed break. Uneven, rocky terrain threatened stages like neonGARDEN, but the ground gradually softened and stabilized as the weekend progressed. 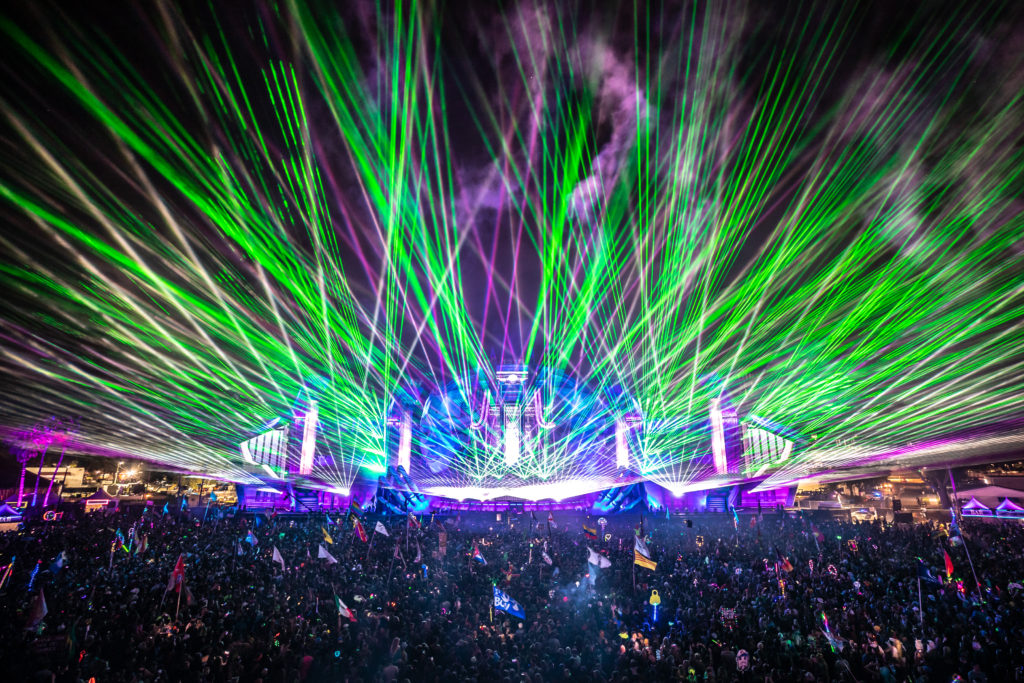 EDC Orlando brought many of EDC Las Vegas’ best art pieces and installations. The psychedelic Pixel Forest made its EDC Orlando debut, this time with thinner crowds so attendees could enjoy the full experience. The Anima art piece and a crane-operated, spinning light show were also huge hits. EDC Orlando missed out on these experiences in previous years, but their addition this year was very welcome. 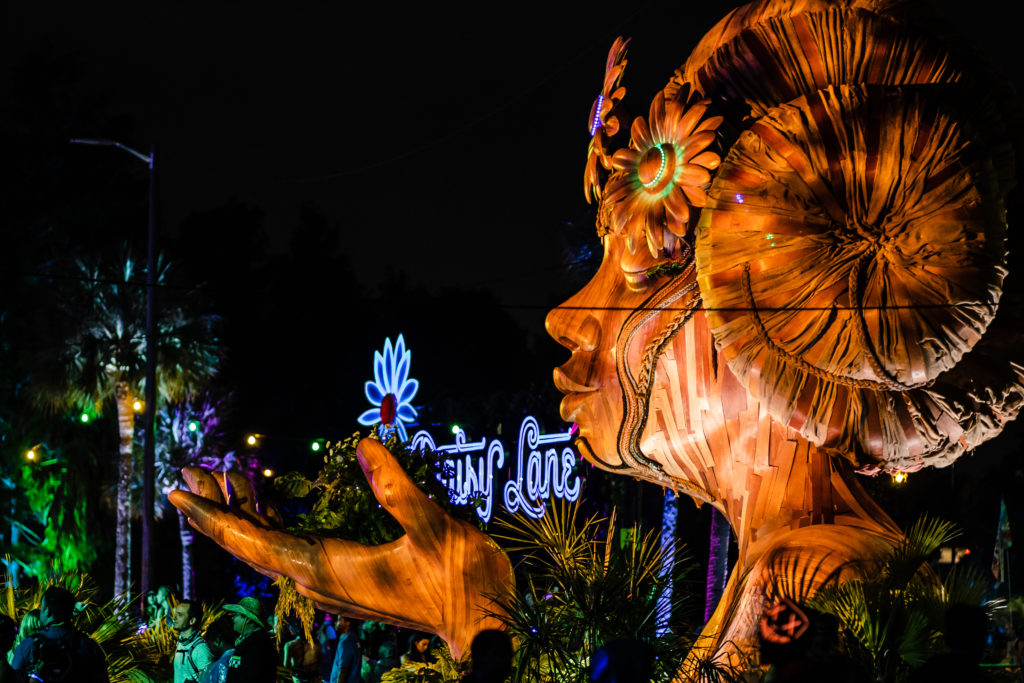 Rain dampened spirits and the festival’s attractions on the first day, but Insomniac worked tirelessly to prevent any huge problems. At the end of Friday night, mud littered the Daisy Road bridge. But by Saturday, Daisy Road shined as good as new. It’s not easy running a large-scale festival, but Insomniac has it wired down to a science at this point.

EDC Orlando used to stand in the shadow of EDC Las Vegas. As long as it remained a two-day, three-stage event, it couldn’t hope to be something more. This year, the event took a big jump, a risky move, but one it ultimately landed with grace. The festival can now be considered a great destination event, complete with a lineup, production, and experiences worthy of a flagship festival. It’s poetic for EDC Orlando to reach a new apex on the eve of its decade anniversary; let’s see where Insomniac takes it next.

LICK returned in a big way with his New Single,“IN THE DARK” ft Calivania

Nero Return With their Remix “Mama” from the legendary band Genesis

Habstrakt’s second single of 2021 arrives in the form of “Ice Cold” ft. KARRA

Kygo shares his first New Release of 2021 with “Gone Are The Days”(feat. James Gillespie)

Luma & Blanke collaboration for New Single, “Like A Nightmare”

Jauz and HALIENE join forces to deliver,“Oceans & Galaxies” via Monstercat

DJ Sliink Is Back With Another Smash Release, “Tre Oh Fie – Give It 2 Em Remix” ft. DJ Jayhood, DJ TBoogie

San Holo Unleashed 2 More Tracks Ahead Of His Forthcoming Album bb u ok?

Subsidia Dawn: Vol 3 IS OUT

MASTERIA jumps back IN / ROTATION with his Latest Single, “Everything”

Super Future and AceMyth have teamed up again for a heavy-hitting, bass-ridden production, “Bandit”

Elohim and GRiZ just released their First Collaboration together, “Bring Me Back”