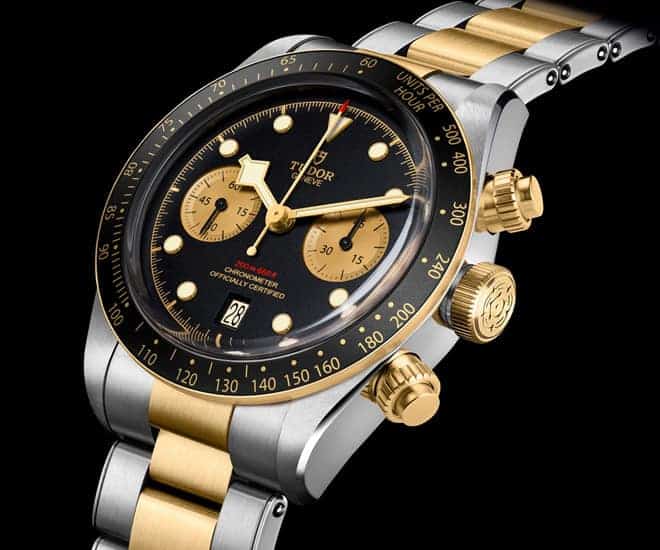 In 2017, Tudor introduced David. Beckham as a brand ambassador. For his first appearance, he wore the brand’s new two-tone Heritage Black Bay S&G (steel & gold) watch. While two-tone watches have a rich history in watchmaking, Rolex, arguably the world’s most recognisable purveyor and horological alchemist of combining sportive steel and precious metals, popularised the concept of contrast materials to the wider market. However, this new aesthetic spawned a similar polarisation among watch lovers – to youth, the two-tone felt like the domain of an older generation. To mature adults, two-tone was a “flaunt it but not too much” compromise a step before the overpowering flamboyance that was full gold. For Baselworld 2019, Tudor has gently but affirmatively shifted the two-tone needle towards the millennials by way of the new Black Bay Chrono S&G. 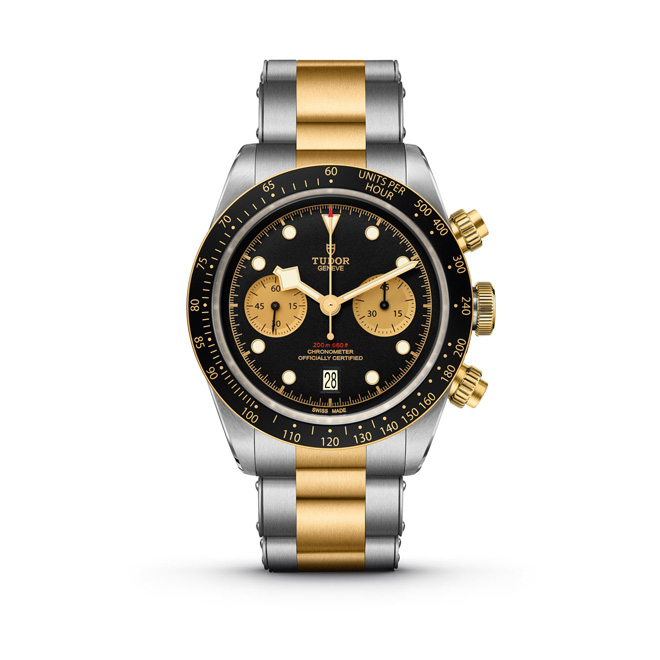 Go for the bracelet, for that unabashed two-tone goodness 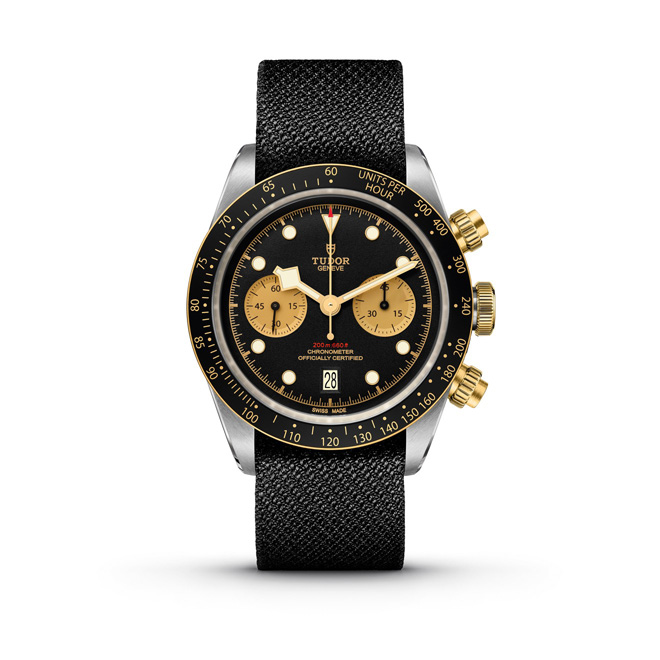 Or pare down the flamboyance with a sportive rubber strap


The new Tudor Black Bay Chrono S&G is the brand’s first two-tone chronograph. Remaining faithful to the aquatic heritage of the popular Black Bay collection yet carrying the sporty-chic aesthetics of a modern chronograph, the latest Black Bay Chrono is probably the most successful attempt to bridge the gulf between the youthful and maturing watch connoisseur. Gold, snailed chronograph subdials provide refined, optimum readability against the backdrop of a domed matt-black dial while the box sapphire of the Black Bay Chrono, framed by the black bezel with gold accents constraints its exuberance ever so lightly.

The 41mm Tudor Black Bay Chrono S&G bears its date aperture at 6 like its predecessor, and bears other functional features like screw down pushers inspired by first generation Tudor chronographs. Snowflake hands complete the overall aesthetic of the latest Black Bay Chrono, firmly placing the Baselworld 2019 timekeeper in the Black Bay collection. 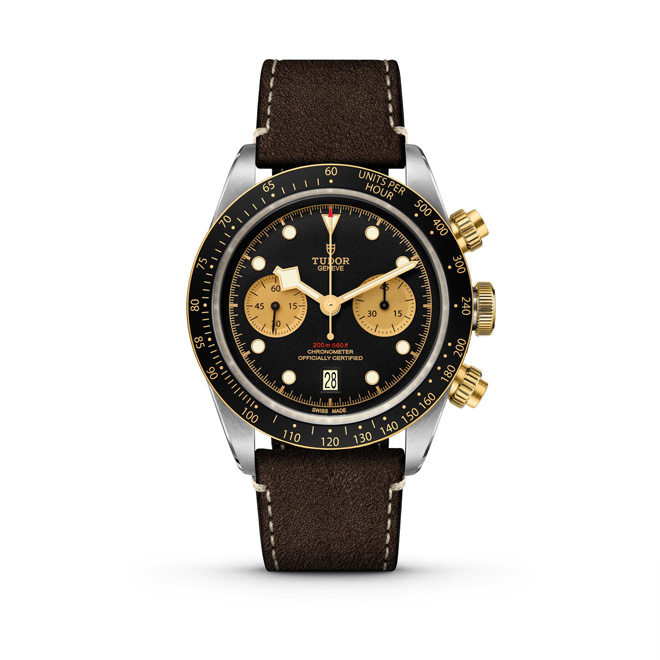 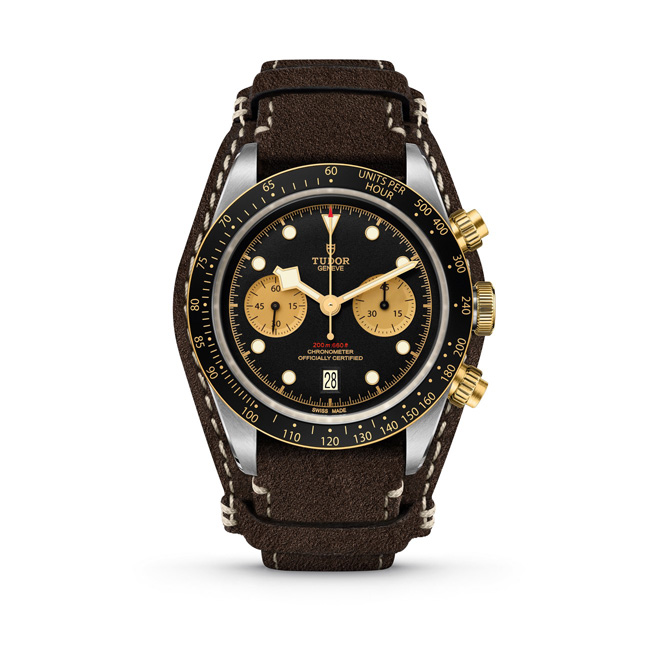 
Developed from the joint-project Manufacture chronograph calibre Breitling 01, Tudor’s very own Calibre MT5813 is a COSC-certified column wheel chronograph movement with vertical clutch as well as the brand’s own in-house innovations and expertise. The resulting Baselworld 2019 Tudor Black Bay Chrono S&G is a blend of traditional aesthetics and contemporary watchmaking – a neo-classic chronograph in the making. 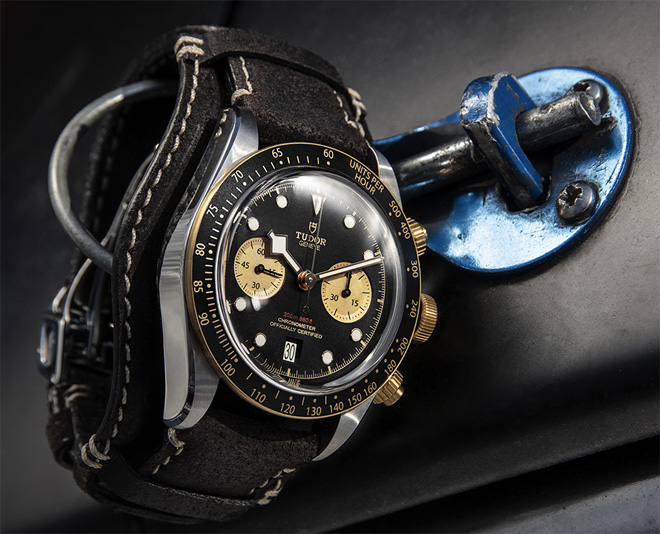