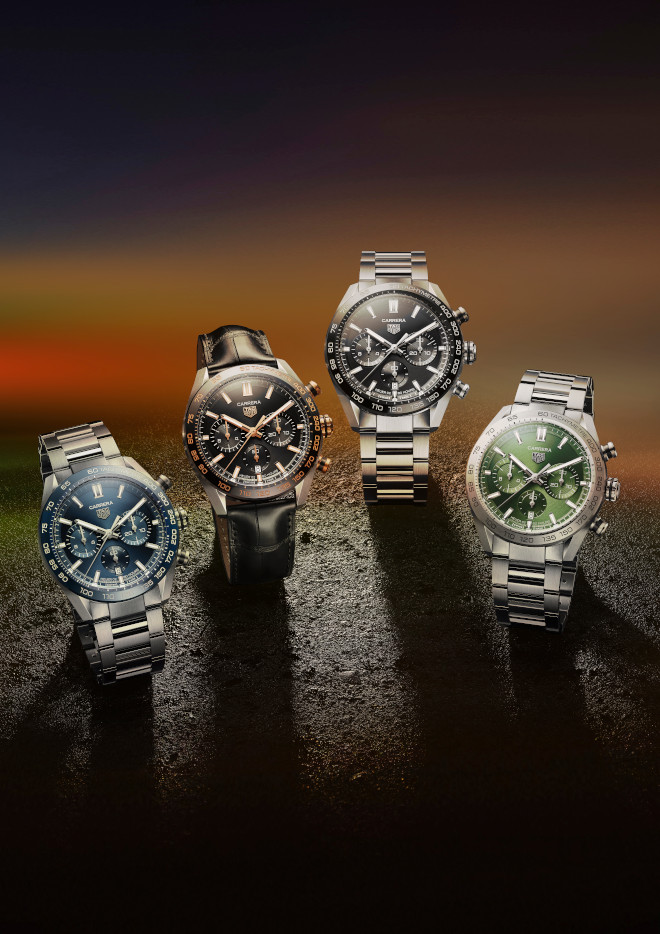 Launched in 1963, the TAG Heuer Carrera is an iconic collection first designed by the Heuer scion himself – Jack Heuer. Legend has it that young Heuer was captivated by the Carrera Panamerica, a dangerous Mexican road race which then became Heuer’s namesake for his vision of racing chronographs. In addition to Jack’s design, he also inspired Heuer chronograph naming conventions which paid homage to famous races or race courses; alongside famous brethren like the Monaco or Monza, the Carrera chronograph is still TAG Heuer’s widest collection with numerous references and designs. Case in point (no pun intended) – the basic shape is also replicated in the TAG Heuer Connected watch, emblematic of the Carrera Chronograph’s signature position as the “every” watch in TAG Heuer’s large catalog of timepieces.

Even though its a modern reinterpretation of the classic Carrera chronograph, the core Carrera design language remains (albeit modified for contemporary tastes) – large applied rectangular indices, faceted baton hands and snailed sunken subdials, each element played up in dynamic contrast thanks to the backdrop of fine “sun’s aura” style radial finishing which adds refinement to the rugged brushed elements communicating the Carrera’s sportive positioning.

The new TAG Heuer Carrera Sport Chronograph 44mm Calibre Heuer 02 Automatic comes in four variations: the most retro-inspired in our opinion – the winsome “British-racing” green with stainless steel tachymeter bezel. The trophy for “dressiest” model however, goes to the black dial with gold accents, matched with black ceramic bezel filled with rose-gold-coloured lacquer – a first for TAG Heuer, and paired with solid 18K rose gold crown and pushers. While it’s hard to call favourites, our shout of these two models implies a preference over the blue dial and black dial models also featuring ceramic bezels. The proportions of the 44mm Carrera Sport Chronograph has been similarly reworked – the bevelled lugs have been shortened, giving it a more aggressive taper and letting it sit comfortably on smaller wrists, however 44mm proportions are still fairly chunky with bracelet editions potentially feeling rather hefty for fans possessed of a smaller build. 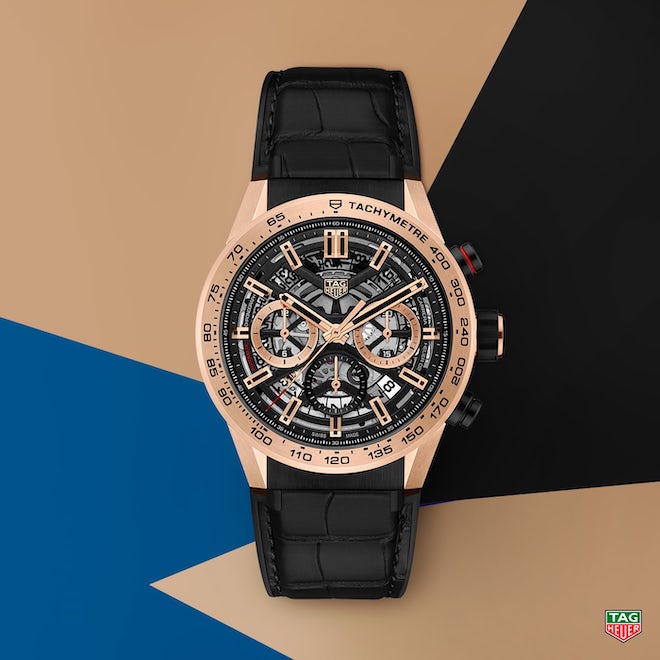 In 2018, the Heuer 02 debuted in a range of open worked Carrera Chronographs in what some critics considered the “Hublotification” of TAG Heuer. 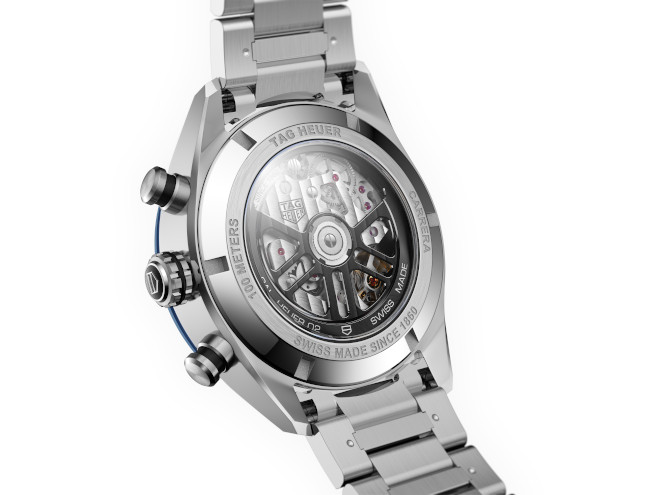 That said, what makes the new Carrera Sport Chronograph 44mm truly compelling is the exceptional Heuer 02 column wheel automatic chronograph movement. The sophisticated in-house innovation made entirely in TAG Heuer’s Chevenez manufacture was first featured in 2016’s tourbillon variant in what was then controversially called the “most affordable Swiss-made tourbillon” inviting comments from Patek Philippe CEO Thierry Stern. In 2018, the Heuer 02 debuted in a range of open worked Carrera Chronographs in what some critics considered the “Hublotification” of TAG Heuer. Today, the new TAG Heuer Carrera Sport Chronograph 44mm Calibre Heuer 02 Automatic is arguably the most attractive modern Carrera ever developed by the avant garde brand – a watchmaking ethos best exemplified by the fine watchmaking calibre with column wheel and vertical clutch within; the sort of haute horlogerie movement that you might find in a high end collection rather than a wallet-friendly serial production model.