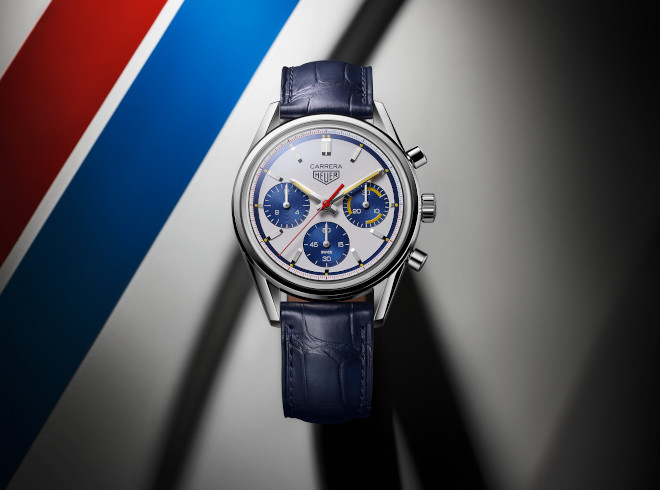 The 1964 TAG Heuer Carrera 2447S is a watch many consider emblematic of vintage Heuer. For its 160th anniversary celebration, it released a remake with the 160 Years Silver Dial Limited Edition; the momentous occasion is marked once again with another compelling follow up – the Carrera 160 Years Montreal Limited Edition.

Heavily inspired by the vintage Heuer Montreal chronograph in terms of design elements, the new TAG Heuer Carrera 160 Years Montreal Limited Edition may conjure a visual identity reminiscent of the 1972 Heuer Montreal but it borrows its physical form from a modern Carrera in terms of case shape and movement. 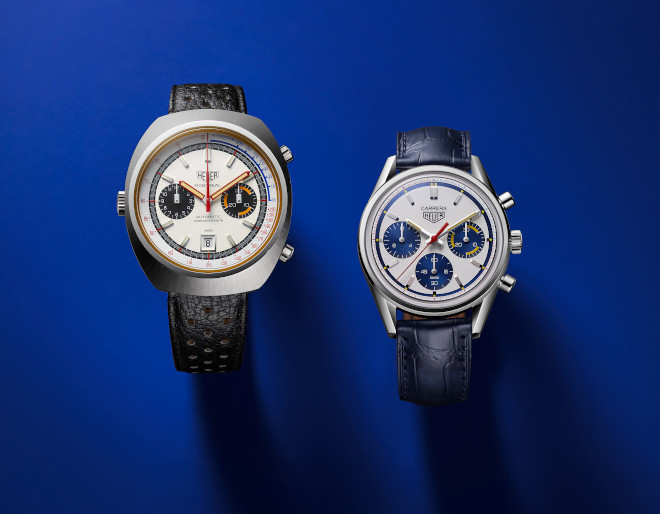 The 42mm vintage Heuer Montreal was oversized for the era and avant grade in shape. Emblematic of pure 70s appeal, barrel shaped (but not exactly tonneau) it was accompanied with equal graphic boldness with its judicious use of red, blue and yellow accents. A bi-compex chronograph, the original Heuer Montreal was driven by the manufacture Heuer Calibre 12 with a date window at six. 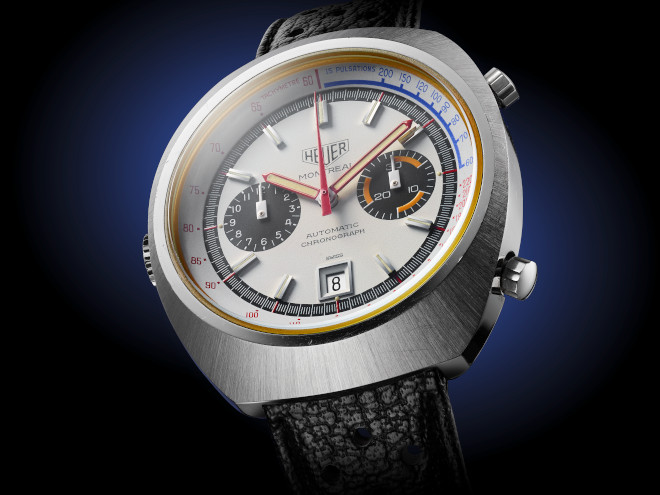 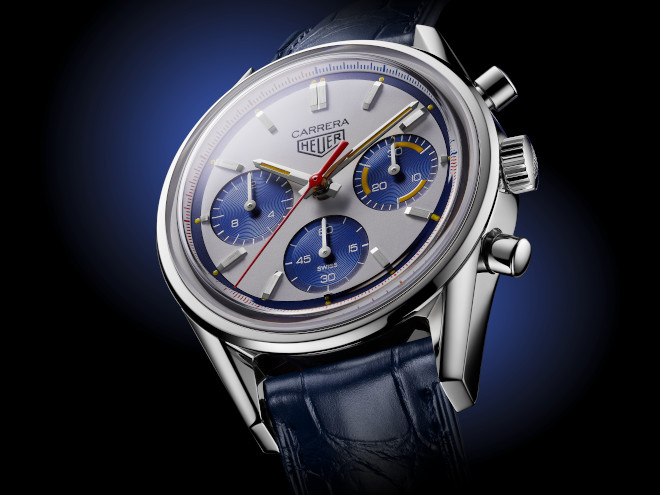 160th birthday celebrations are affairs which demand a little more pomp and splendour, hence the Montreal Edition is given an eye-catching dial inspired by its namesake Heuer Montreal ref. 110503W and the new TAG Heuer Carrera 160 Years Montreal Limited Edition returns with the original 70s swagger of a colourful dial, breaking the usually sophisticated monochromatic or duo-tone colour palettes of silver on silver or black on silver. 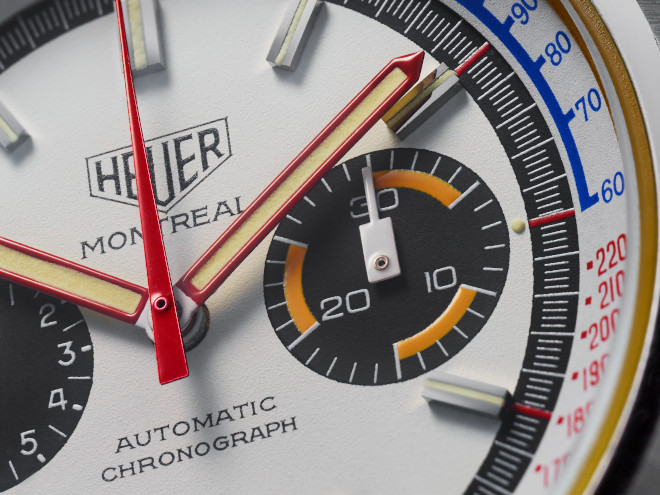 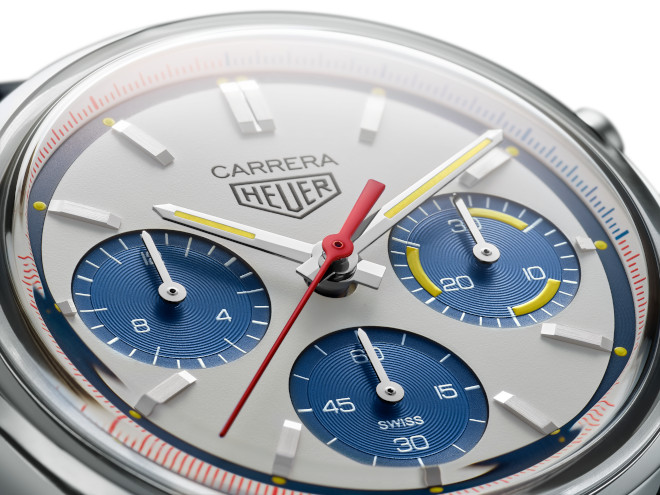 Limited to 1000 pieces and sans date, the TAG Heuer Carrera 160 Years Montreal Limited Edition offers a kind of horological certitude that builds upon the provenance of the DNA of both the Carrera and the Montreal. The new Carrera is not badged “Montreal” but the yellow, red, and blue flourishes speak volumes to its namesake while retaining the subtle, sometimes understated harmony that is representative of the Carrera collection in general.

The key elements which make it recognisably Montreal are there alongside with the foundational features which make it a Carrera. Yellow accents on the minute counter and the alternating blue and red seconds scale are accompanied with a snailed subdials that are signature of Carrera chronographs while retaining the uncluttered (though not approaching the austerity of the Heuer x Fragment edition) and well balanced look of the modern chronograph. 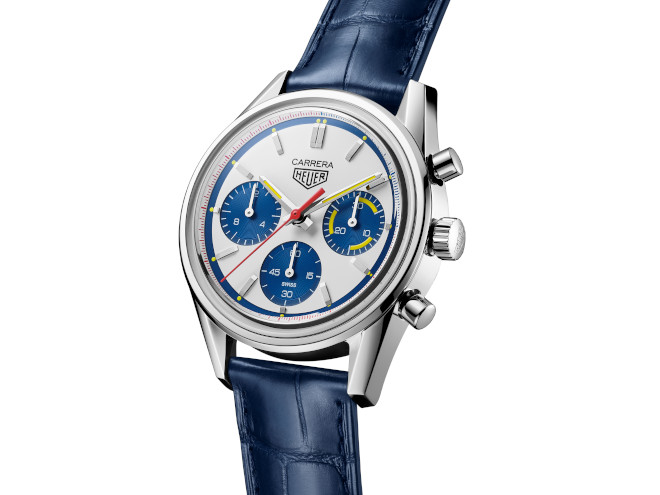 Even missing that 70s style tachymeter scale and the ‘syringe pointers’, the new 160 Years Montreal Limited Edition manages to evoke just enough of the “Me decade” within the confines of the distinctive bevelled lugs and fixed bezel design of the more austere classic Carrera 2447s topped with the latter 70s style “boxed sapphire” crystal. 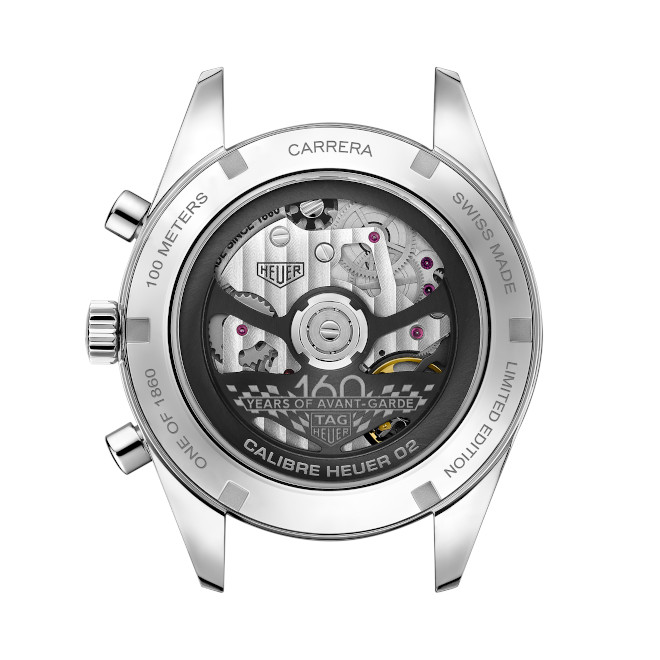