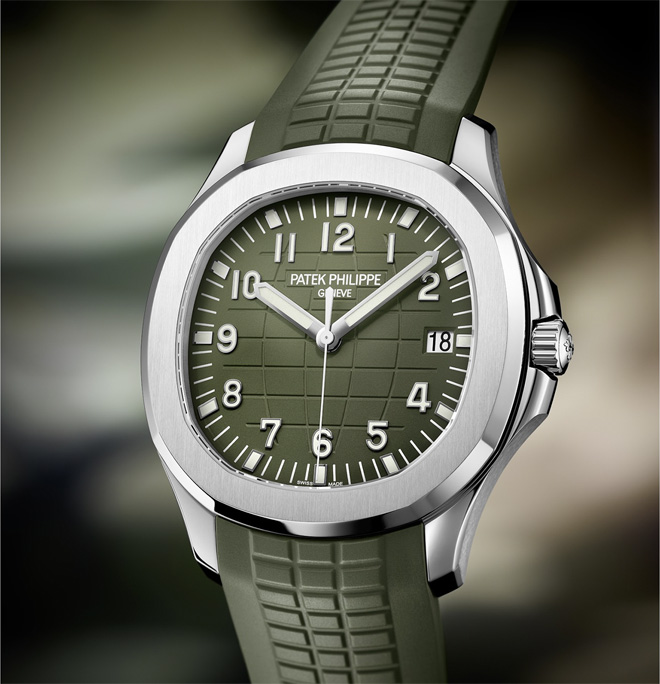 The Patek Aquanaut was Introduced in 1997 as a more modestly priced alternative to the highly sought after and regularly waitlisted Nautilus. AT the time, it was one of the deepest diving luxury sports watches with a 120 metre depth rating, the most of any watch with a sapphire caseback at that time. Furthermore, earlier “Jumbo” Aquanaut editions introduced later that year featured 38mm cases. The new 42.2mm Patek Philippe “Jumbo” Aquanaut debuted with the second generation launched after the first generation was retired from production in 2006. Since then, the Patek Philippe Aquanaut series has been home to a growing number of complications including dual-time references like the Aquanaut Travel Time Ref. 5164 and its first chronograph – the  Ref. 5968 launched last year. 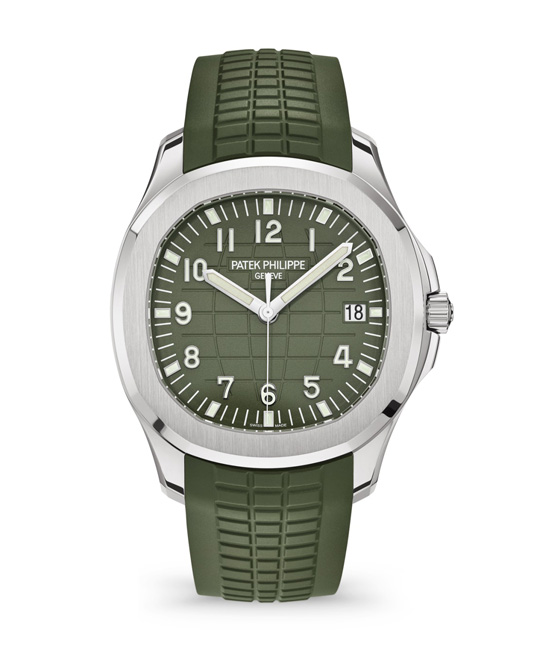 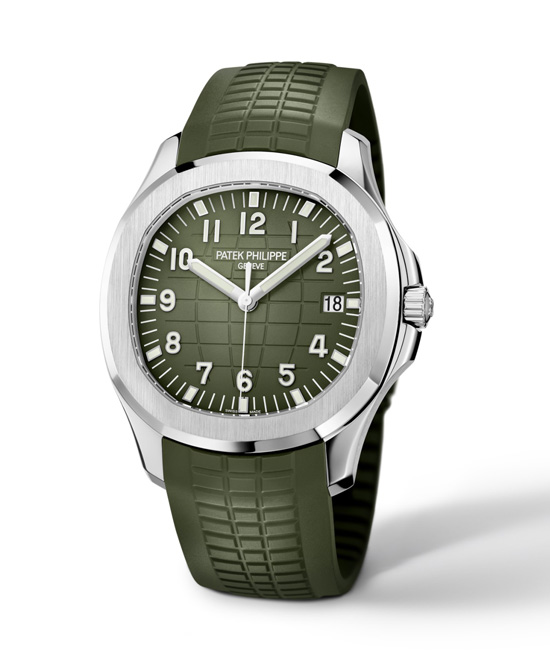 The new Patek Philippe Aquanaut 5168G with khaki green dial is made from white gold instead of steel as denoted by the G suffix and is the second edition of the precious model Jumbo Aquanaut series with the first seen in 2017 with a blue dial variation celebrating the collection’s 20th anniversary. 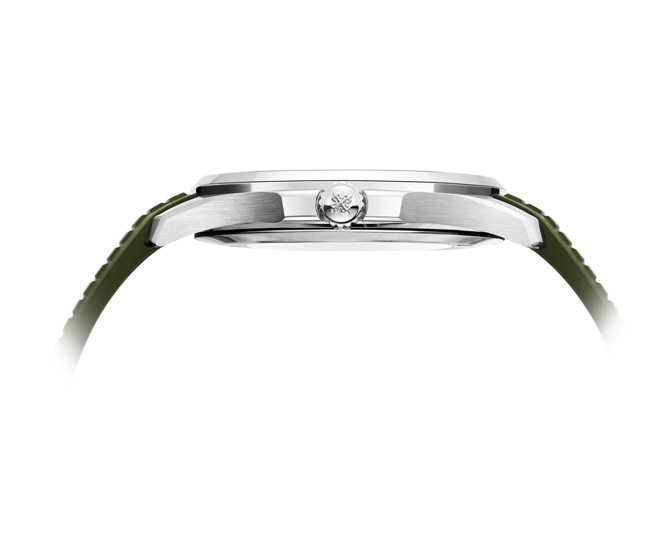 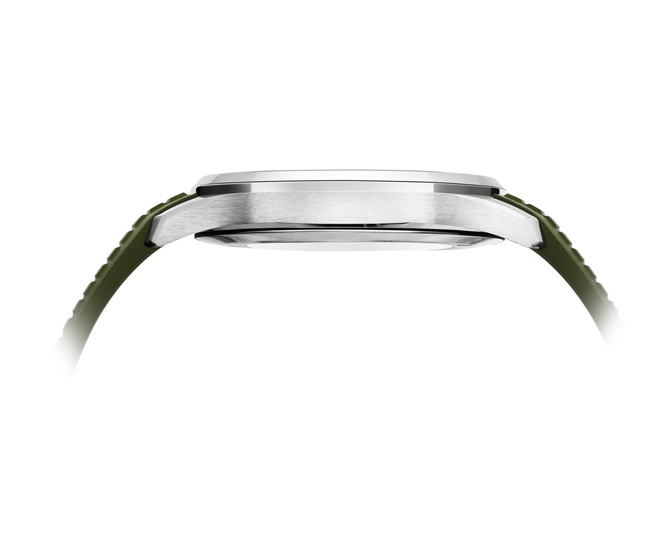 The embodiment of modern sporty-chic, the men’s 42.2 mm white gold “Jumbo” Aquanaut plays up its robust design with the new khaki green dial and while cynics may feel a little underwhelmed by a green Aquanaut, World of Watches feels that the addition of military green is evocative of the sense of adventure and adds to the enduring legacy of the luxury sports watch with iconic rounded octagonal case and bezel combines polished and satin finishes.

No mere update to dial and strap, this green Aquanaut extends the legacy of a much in demand edition, a ref. 5167A “standard” 40mm Aquanaut (back then it was also called “Jumbo”) of which only a handful were ever made and even fewer has ever seen the light of auction. Thus, the introduction of the new Patek Philippe Aquanaut 5168G with khaki green dial for Baselworld 2019 is a welcome re-introduction to salve some heated horological lusts.