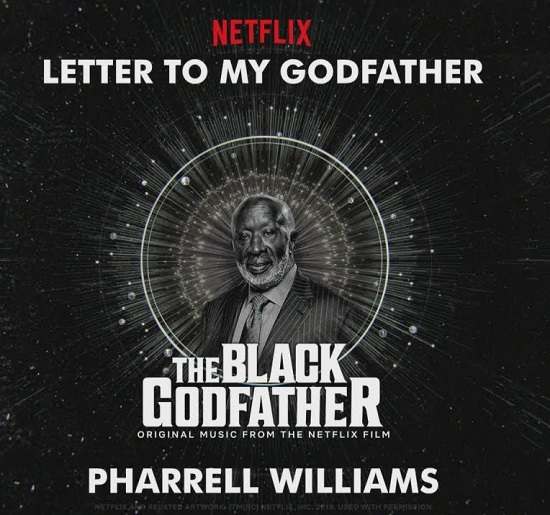 Pharrell returns with the new single “Letter to my Godfather” which is his contribution to the Netflix original documentary “The Black Godfather”. The song was written alongside his partner Chad Hugo from The Neptunes.

The Black Godfather charts the extraordinary and unlikely rise of Clarence Avant, a music executive whose trailblazing behind-the-scenes accomplishments impacted the legacies of icons such as Bill Withers, Quincy Jones, Muhammad Ali, Hank Aaron, and Presidents Bill Clinton and Barack Obama. Nicole Avant, a producer of the film and daughter of Clarence Avant, showed the film to Pharrell, who was instantly inspired by Mr. Avant’s pursuit of excellence for others. Pharrell began writing “Letter To My Godfather” the same evening. He adds:

“Clarence Avant connects us all through his incredible impact since before I was born up until now. He’s the godfather to so many of us — and not just African Americans, most of the industry.”

The feature film is out now globally on Netflix and in select theaters.

Your EDM Premeire: Futurebound, Kronology and NTC Make a ‘Screwface’ for the New Era [Viper]