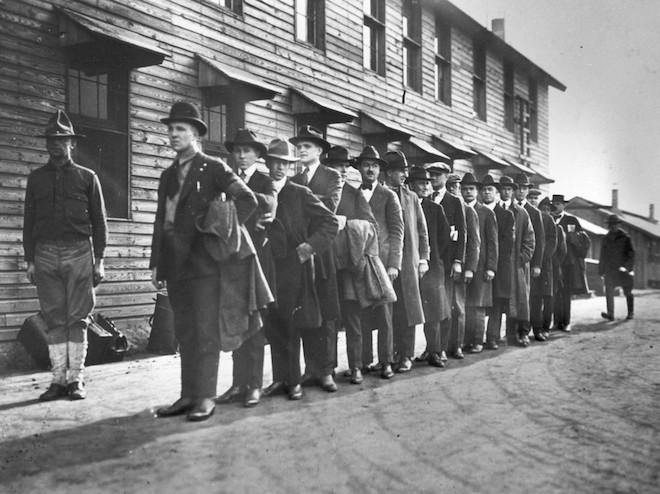 “Brutal but civilised”, these are the words that best typify the period which encompassed World War 1. As historians J.R. and William McNeill explained: Military medicine had progressed to the point where doctors could keep gigantic armies free of epidemics long enough that they could engage in the prolonged slaughter of trench warfare. While it is an incredibly dour sentiment to begin an editorial on what is a charmingly sophisticated new Jaeger-LeCoultre timepiece, it is particularly apt for the technical and aesthetic wonder that is the limited edition Master Ultra Thin Kingsman Knife watch.

‘Our Manufacture is proud of its heritage which drives the creativity of our master watchmaking since 1833. We are delighted to partner with Matthew Vaughn and Mr Porter to unveil a unique timepiece celebrating the elegance pioneering spirit. The thinness of this watch, inspired from a pocket-watch with a knife shape from 1907 is illustrating the skills and creativity of our fully integrated Manufacture. It represents the spirit of times with timepieces passed from generation to generation’ – Ms Catherine Renier, CEO, Jaeger-LeCoultre 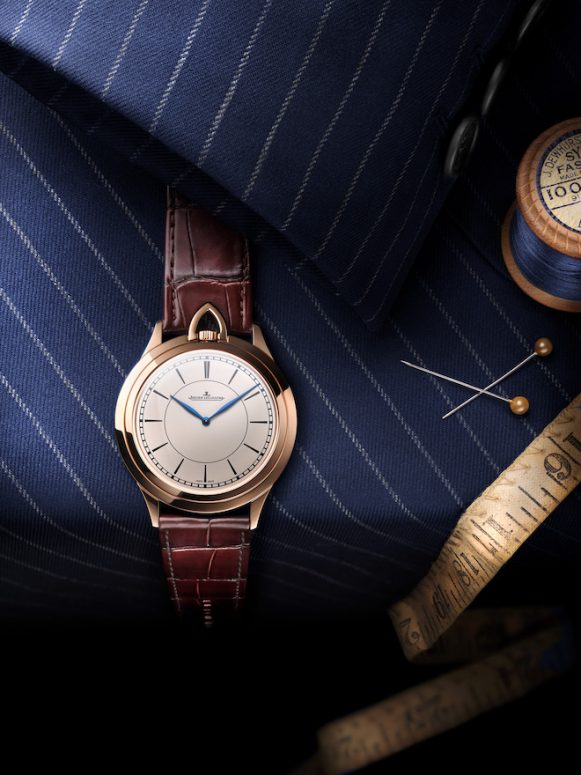 Going back 100 years to the origins of the Kingsman agency, Jaeger-LeCoultre finds itself at a crucial confluence in fictional history, outfitting the King’s Man agents, the world’s first independent spy agency with the perfect gentleman’s timepiece: functional but supremely elegant. Jointly launched by Mr Porter, the new Jaeger-LeCoultre Master Ultra Thin Kingsman Knife watch Limited Edition is a key part of The King’s Man ‘costume to collection’. 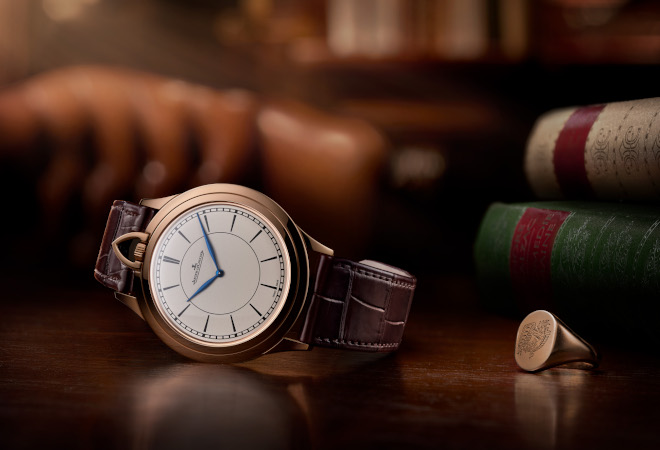 Gracing the wrists of King’s Man agents just before the First World War, the new Master Ultra Thin Kingsman Knife Watch, a “knife’s edge” thin (hence the name) 4.25 mm wristwatch takes inspiration from a real-life vintage ultra-thin pocket watch made by the Grande Maison. Modern Kingsman agents have worn everything from Bremont to TAG Heuer, one surmises that in visiting the pre-history of the agency dedicated to global peace and security, the men of King’s Man would have to turn to the watchmaker’s watchmaker.

While it sounds lethal, “Knife” alludes to a descriptor of slim-line elegance rather than literal hidden blades within a watch. Here it refers to Jaeger-LeCoultre’s 1970 ‘couteau’ (French for ‘knife’) pocket watch which was so named for its blade-like case, a staggeringly thin 40 mm by 4.25 mm 18k pink gold case. 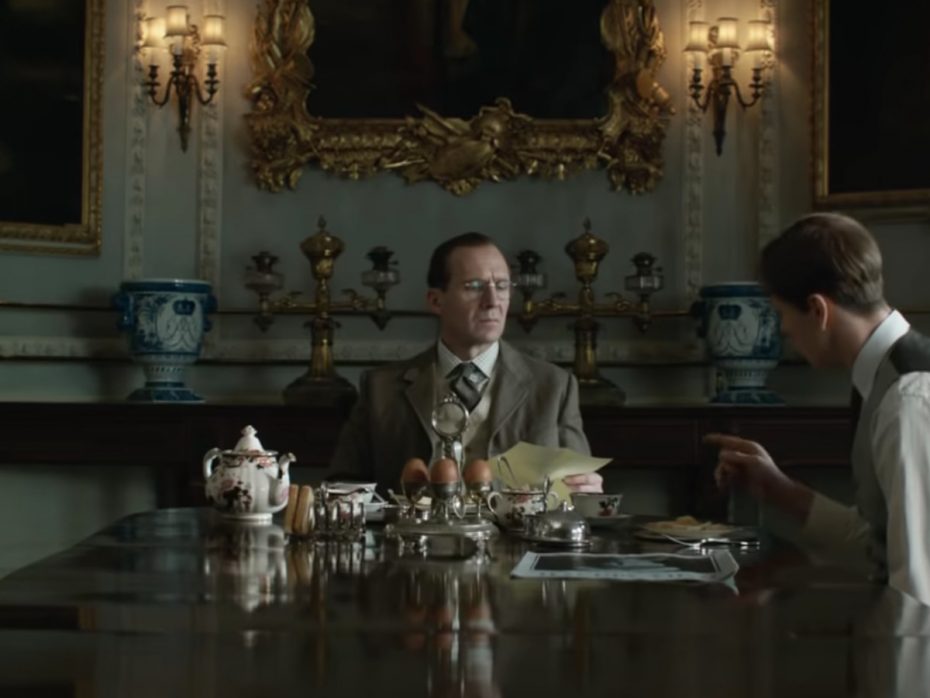 Whether playing the Duke of Oxford in The King’s Man 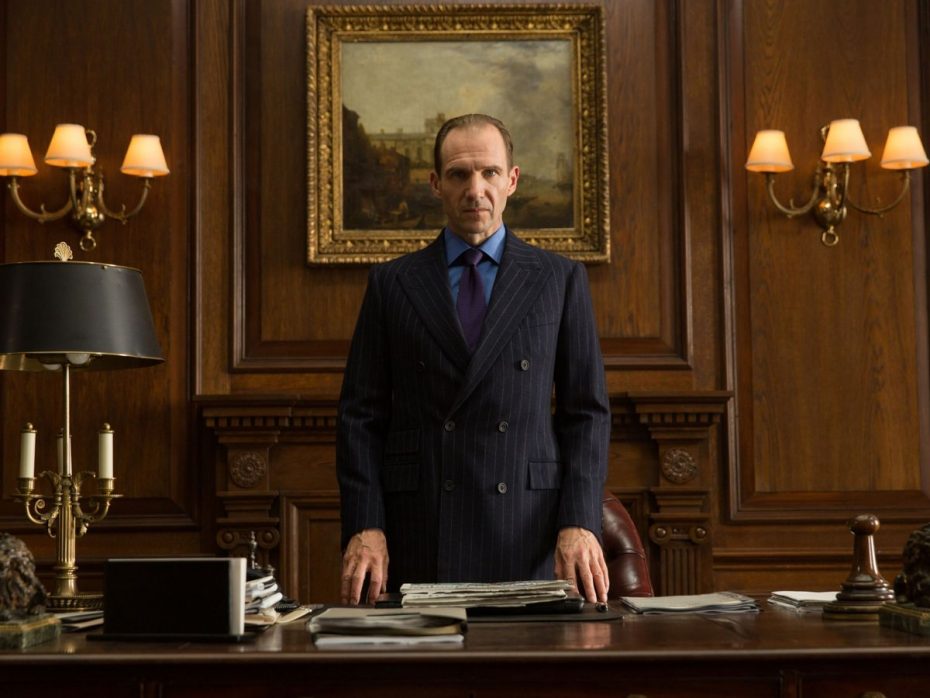 Or the new MI6 chief “M”, Ralph Fiennes is ever the stately chief spy in any period of British history

A refined dress watch blending tradition and modernity in a manner perfectly suited to both The King’s Man and to contemporary style, it is emblematic of King’s leading Man Ralph Finnes, who whether playing Mallory in James Bond or the Duke of Oxford in the titular movie, epitomises the sort of eternal elegance which makes the vintage Jaeger-LeCoultre Calibre 145 Knife Pocket Watch as visually and mechanically relevant as it did over 100 years ago.

The new Master Ultra Thin Kingsman Knife Watch recalls the partnership between Edmond Jaeger and Jacques-David LeCoultre in 1903 which focused on the making of ultra-flat and miniature calibres which led  to engineering marvels as the calibre 101 or the Calibre 145, which debuted in 1907 to an unprecedented 1.38 mm thinness. 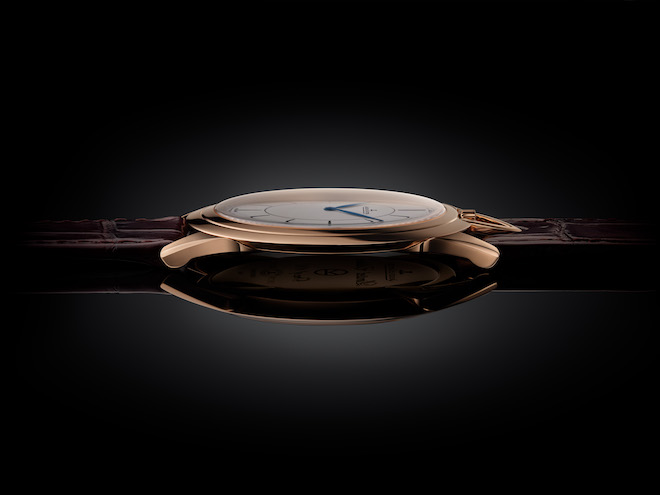 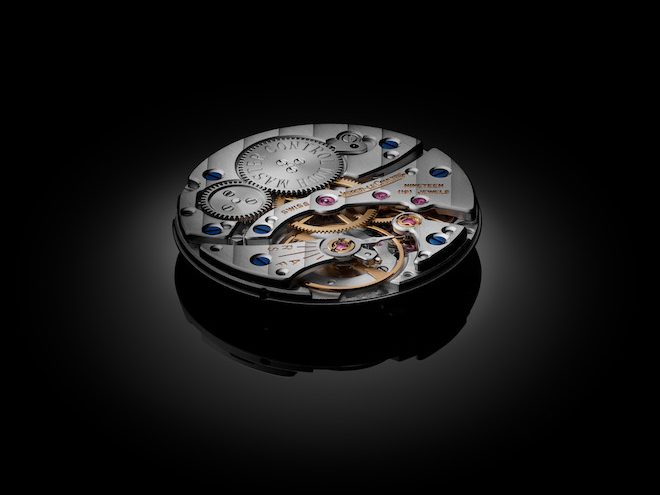 In an eloquent expression of the Kingsman maxim ‘Manners Maketh Man’, the Master Ultra Thin Knife is the perfect gentleman’s timepiece

There was a 0.9 mm thin Vacheron calibre but functional reliability was an issue; underscoring the challenges surrounding ultra thin watchmaking: it’s not as mechanically complex as a minute repeater or perpetual calendar but it represents complexity in the exquisite compromise between the thinness, and the reliability, the solidity of the parts composing the movement to make one a functional, daily timepiece.

The aesthetic roots of the new watch are unmistakably those of Jaeger-LeCoultre’s traditional pocket watches: the very broad bezel slopes gently from the sapphire crystal to the edge of the case, creating a fine profile reminiscent of a knife blade and the winding crown, protected by its triangular bow, is placed at 12 o’clock. However, these timeless and traditional elements are brought right up to date with subtly modern details: simple index hour markers keep the dial refined and clean, while a finely drawn ring is repeated as a circular highlight on the bezel.

Presented in a classically elegant 40mm size, the pink gold case is just 4.25mm thick. The ultra thin case houses Jaeger-LeCoultre’s celebrated hand-wound calibre 849. In tribute to the film’s narrative, the case-back of the Jaeger-LeCoultre Master Ultra Thin Kingsman Knife watch has been engraved with the Kingsman logo, as well as the legend “One of 100”, and is presented in a specially designed Kingsman sleevebox.

From July 20th to September 6th, the new Jaeger-LeCoultre Master Ultra Thin Kingsman Knife watch will be offered exclusively on MR PORTER, thereafter, the limited edition of 100 timepieces will also be available directly from Jaeger-LeCoultre online and in selected boutiques. 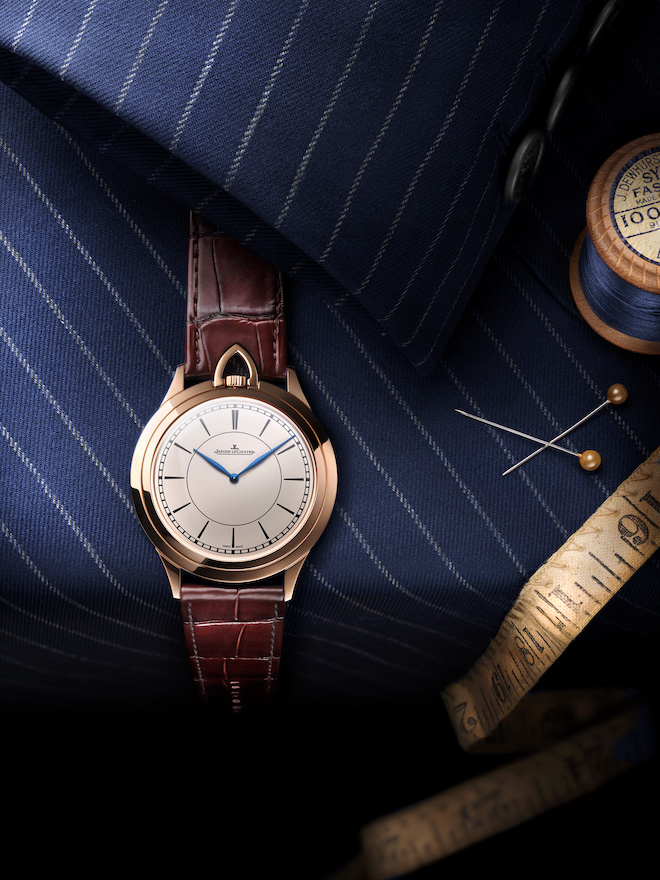