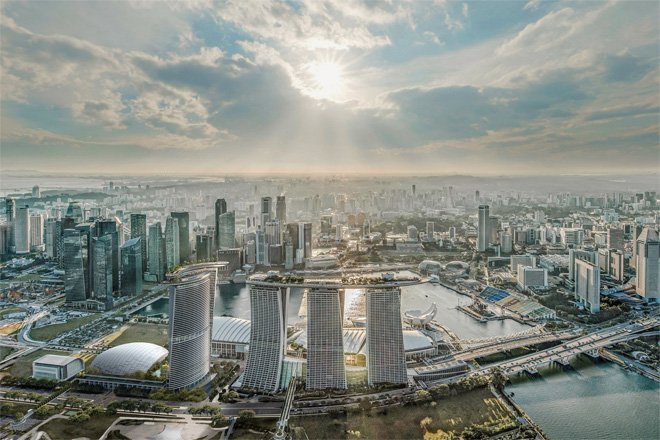 Singapore’s iconic Marina Bay Sands Hotel is getting a new fourth tower. The signature landmark hotel with cantilevered rooftop swimming pool has even had starring roles in Hollywood films, most recently in Crazy Rich Asians. Since its launch, Marina Bay Sands Hotel has had over 400 production discussions and appeared in several high profile cable series like National Geographic’s Megastructures series and Mega Food where viewers are brought through a tour of the hotel’s expansive kitchen.

“Building on a long-term partnership with Las Vegas Sands corporation, we are delighted to embark upon a design for a major new addition to the iconic Marina Bay Sands in Singapore,” – Safdie Architects instagram 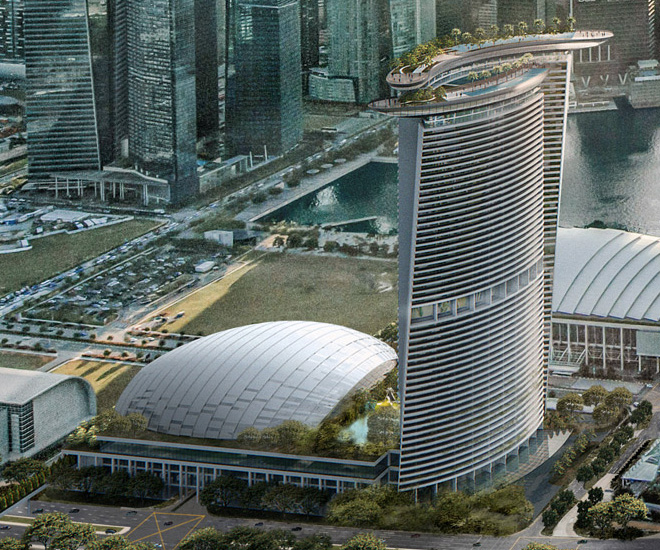 Safdie Architects, the original architects of one of the world’s most recognisable hotels will build a new fourth tower to complement the pioneering Marina Bay Sands Hotel launched in 2011. The new Marina Bay Sands tower will add to the total number of hotel rooms and follow a similar aesthetic as the primary trio of towers – a glass-dressed tower with gentle curvatures along with a new entertainment district with a brand new, high tech 15,000 seat arena for concerts or large productions. 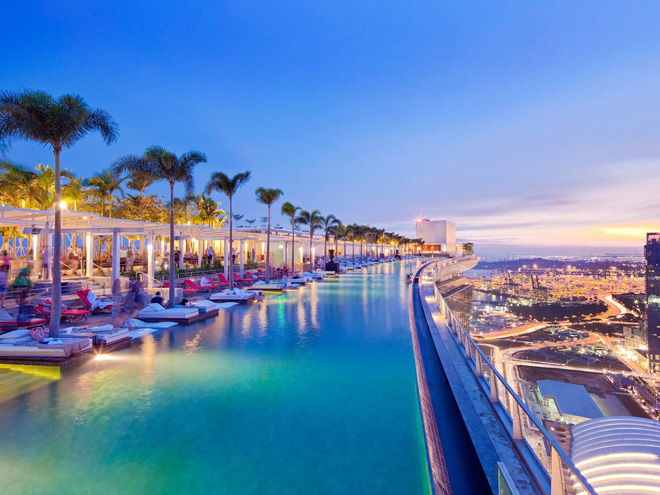 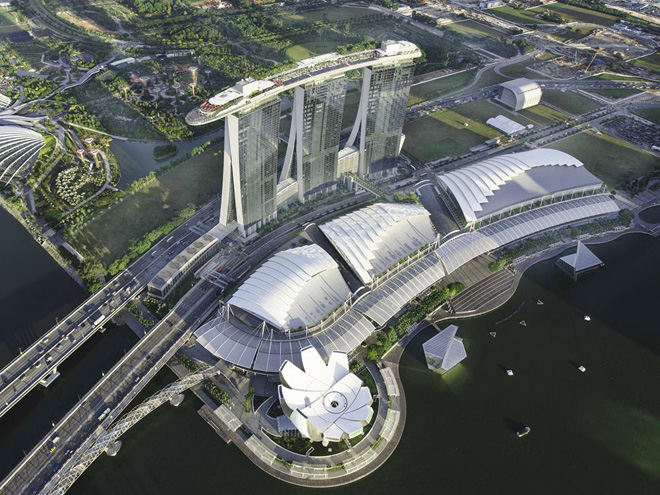 Marina Bay Sands is an architectural icon in Singapore largely for its concave glass facades and cantilevered swimming pool which stretches across the three 57-storey towers like a megayacht berthed upon the buildings.

The Marina Bay Sands fourth tower will not be linked like the original trio and the luxury integrated resort casino is already home to theatres, a casino, luxury boutiques, restaurants and home to travelling exhibits. The new Marina Bay Sands expansion will house 1,000 new rooms and suits and will feature its own sky roof similar to the present one, as well as exhibition halls and an assortment of configurable rooms for large scale dinners and meetings.

Safdie Architects is also responsible for the recently opened the Jewel Changi Airport, which features the world’s tallest indoor waterfall, as well as Sky Habitat, a Singapore luxury condominium development touted to be “semi-detached houses in the sky”.