After the year we’ve all had, you deserve to treat yourself in 2021 – and what better way to do so than with a brand-new luxury car? Whether you’re looking for a new main drive or simply another model to add to your ever-expanding collection, there are plenty of exciting new and models that would deserve their place on your driveway – and from country road speedsters to stand-out inner-city cruisers, you’ll be spoilt for choice when it comes to picking just one.

To help you make the right choice, we’ve rounded up some of the most popular luxury car models that are likely to be a big hit next year – including familiar brands such as Maserati, Aston Martin, and Rolls-Royce – as well as many more. 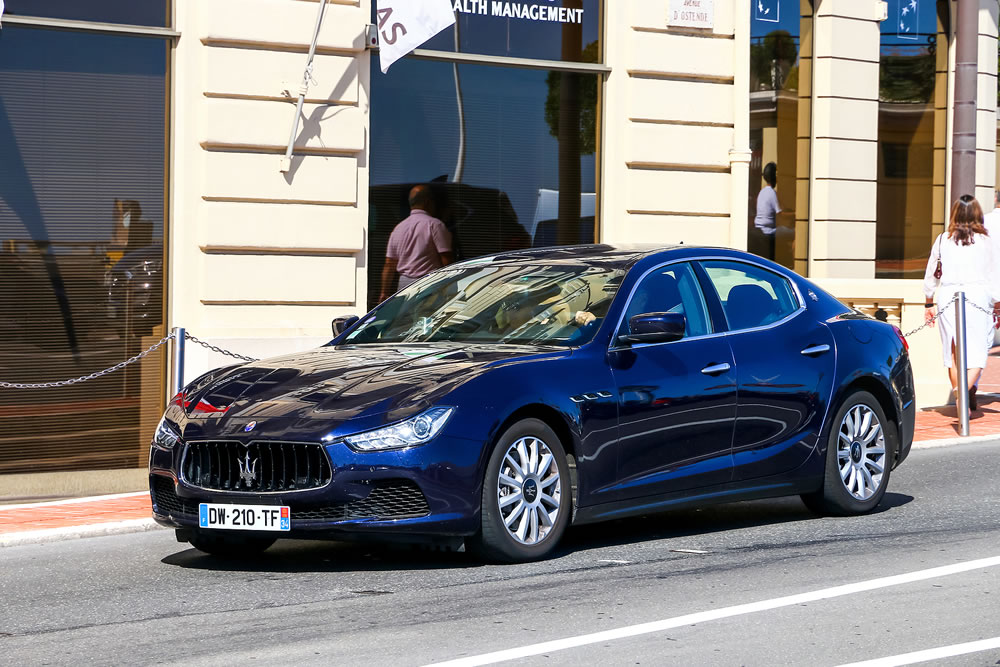 The Maserati Ghibli is a scaled down executive saloon vehicle that has something decidedly limo-esque about its aesthetic. With a 3.0 litre V6 engine and the ability to go from 0-60 mph in 4.9 seconds, the Ghibli was one of the biggest selling luxury cars in the UK market on release – and it’s easy to see why.

It might look like a limo, but this superstar luxury car offers far greater practicality without sacrificing any of the comfort or aesthetic appeal. Its dramatic stand-out look is sure to turn heads, and with hydraulic steering for effortless handling and armchair style seating, it might just be the drive of your life. 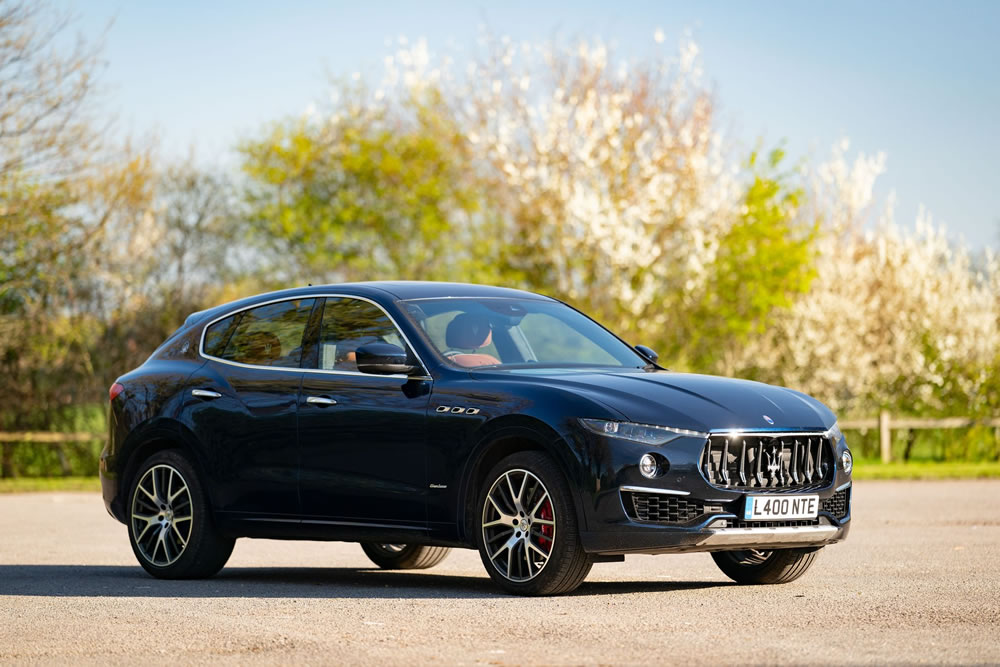 The Maserati Levanti is a luxury car with a difference. Launched in 2016, the vehicle is Maserati’s first ever SUV, and with a powerful 3.0 litre V6 engine, it makes it from 0-60mph in just an impressive 4.1 seconds.

The fact that this is an SUV model makes it the perfect luxury car for inner city driving or taking to the hills.

Although it was first launched in 2016, the Maserati Levante continues to offer a line of luxury SUV vehicles with some of the most highly-coveted features out there. The drive is smooth and refined due to the car’s automatic transmission and eight speed gearbox – and, as a fully integrated vehicle with an ESP system for near seamless intervention, it also comes with standard DAB, sat-nav, and touchscreen options. 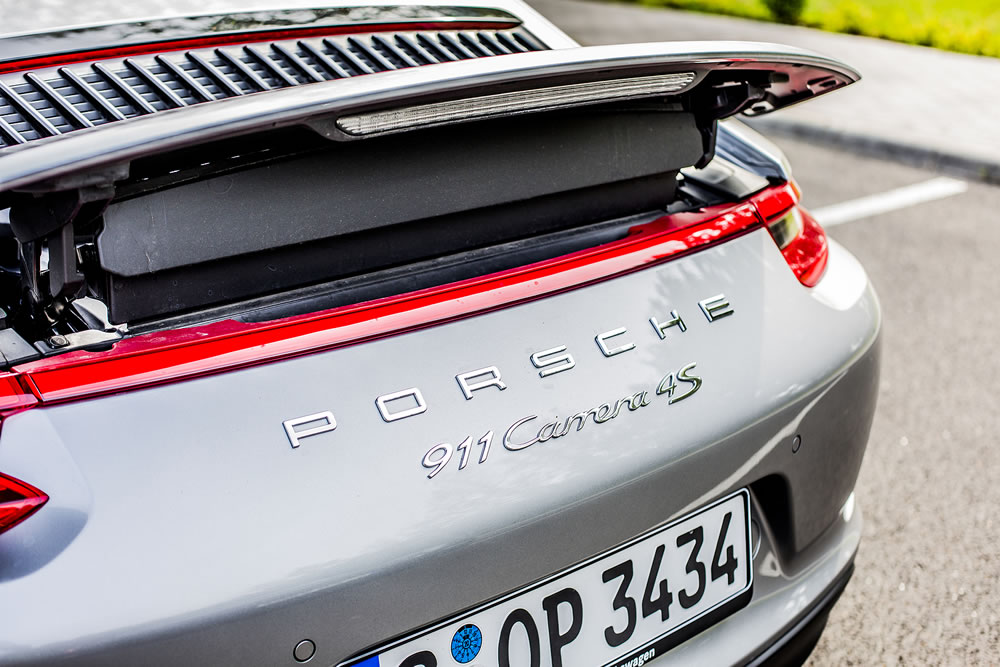 The Porsche 911 Carerra needs no introduction. This luxury car, which was launched in 1964 and continues to improve with every release, sports a 3.0 litre flat-six engine, automatic transmission and acceleration of 0-62mph in just 4.0 seconds. If you want a classic luxury speedster then this is the one – and as an aesthetic masterpiece you’ll be proud to be seen in, it doesn’t get much better than this.

The latest Porsche Carerra demonstrates an enormous leap forward from previous versions, with significant advances in performance, practicality, and technology. However, the expert engineers have not forgotten to carry forward the unique engine features of the traditional Carerra, such as its rear-engine dynamics. 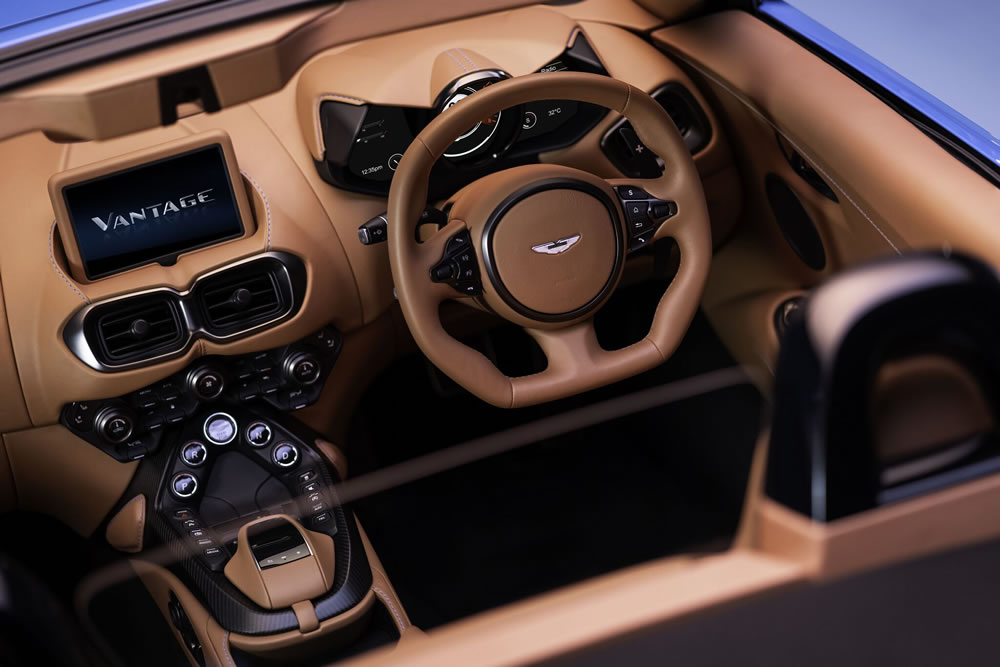 If you like your luxury cars fast and sporty then the Porsche Carerra is an excellent choice, but it’s not the only one in its class. The Aston Martin Vantage is a 4.0 litre twin refurbished-engine rival that reaches 0-60 in 3.6 seconds. With these two on the market you’re spoiled for choice – and we challenge you to pick just one.

The Aston Martin Vantage is smaller than the Carrerra, which is saying something and divides opinion, but for those who like a speedy small vehicle with premium luxury class, this is perfect. The Vantage has won awards for its performance, and no wonder – because with its tweaked version of the Mercedes-sourced 4.0-litre twin-turbo V8, it’s a force to be reckoned with. 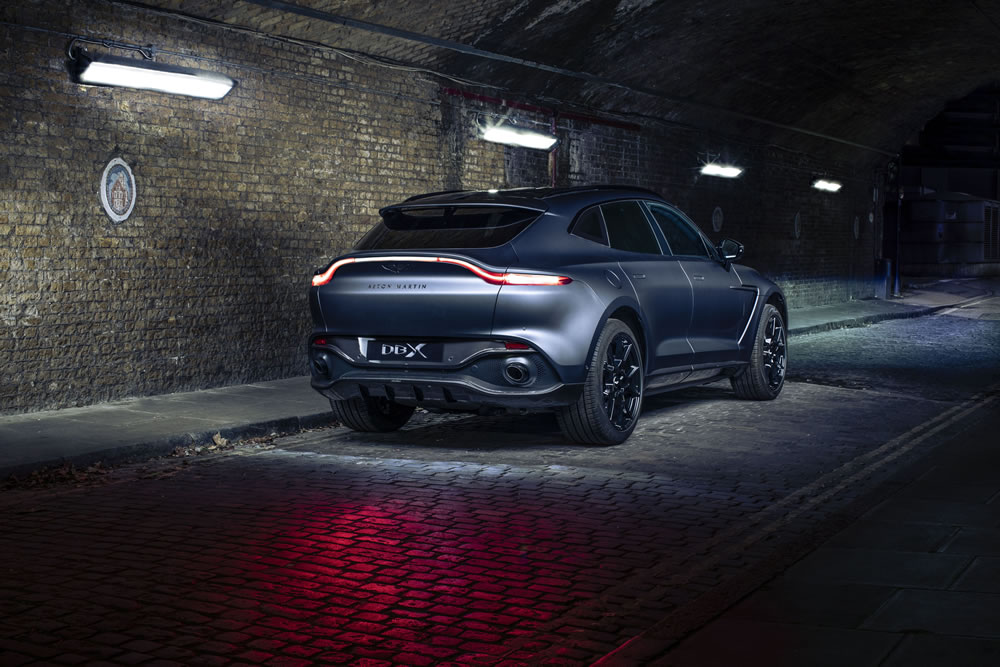 The Aston Martin DBX is a luxury car with a difference, because although it’s designed to look like an SUV, it has the engine and performance of a sports vehicle. This won’t appeal to everyone, and it’s not supposed to – but for those in the market for a high-powered SUV type vehicle, the Aston Martin DBX is an exact match.

Featuring a 4.0-litre twin-turbo V8 engine and automatic transmission, this car can reach 62 mph in 4.5 seconds, which should satisfy most owners’ need for speed. Designed from the ground up and taking care to integrate the two basic elements – its sporting integrity and SUV aesthetic – it’s another luxury choice to consider. 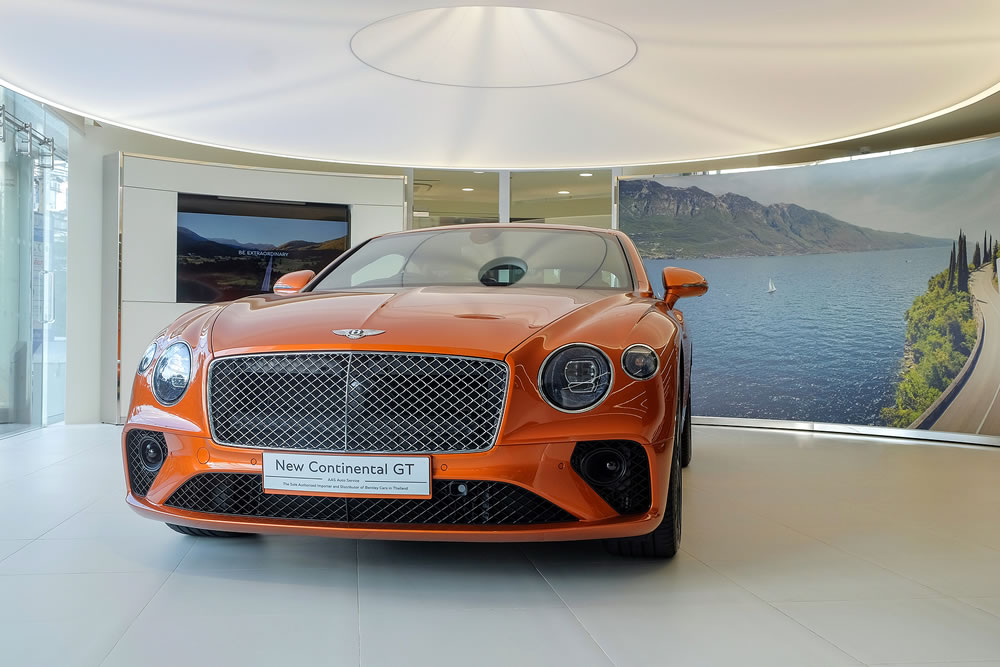 Another luxury car worth your consideration in 2021 is the Bentley Continental GT. A luxury car designed for someone who likes a slick colourful aesthetic, excellent engine performance, and personalised interior design, it’s a car that looks equally as impressive on the city street or on the country roads, and makes for a smooth and satisfying drive on both.

There’s no denying that the Continental GT is a formidable vehicle. Sporting a 4.0 litre V8 engine that can reach 0-60 mph in 3.6 seconds – which is made possible thanks to a combination of engines, a W12 twin turbo and lighter V8 – the Continental GT has a long wheel base and a forward leaning stance, offering extra leg room and distance appearance. Inside, it has a top range infotainment system and a choice of 15 premium grade colours. 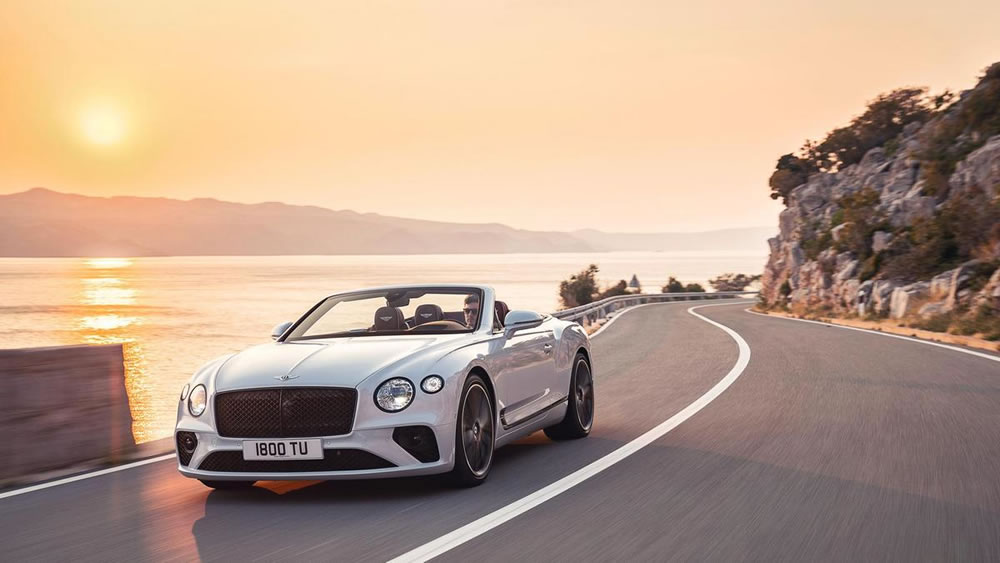 Luxury cars don’t have to come in hard top versions – because let’s face it, some of us prefer a convertible. If that sounds like you, then look no further than the Continental GTC, which combines state-of-the-art engineering with outstanding performance. Featuring a 4.0 litre V8 engine and the ability to go from 0-60 in a mind-blowing 3.7 seconds, the Bentley Continental GTC looks the part on a summer drive, and feels it, too.

This latest version of the vehicle is leaner and lower than previous iterations, and has a beautifully sculpted aluminium body with panels that sweep from the sides and undulate in a fluid curve. The roof is insulated with four layers to protect from the cold in winter, while still giving you that open top feel in summer – and with luxury neck warmers so you can drive open top on cold days, it offers a whole new level of sophistication and comfort. 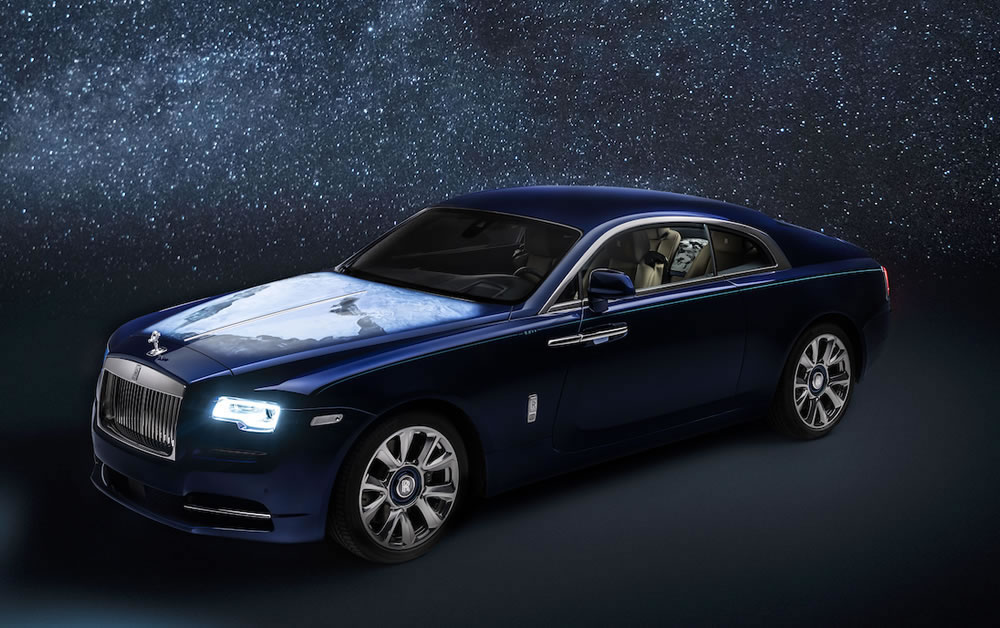 Nothing screams luxury quite as loudly as a Rolls Royce, and the Wraith is the epitome of decadent drives. Powered by a monstrous 6.6 litre twin turbo V12 engine that can reach 0-60 in 4.4 seconds, if you like your luxury big boxy and unmissable then consider this model for your next buy.

The Wraith is in the same line as the popular Ghost series but is shorter and more powerful, giving you that all-important extra acceleration. The vehicle also massively benefits from the exceptional Roll-Royce engine that is second to none in its class, and comes with RR’s ZF auto system, which monitors that road ahead and switches gears automatically.

By admin 8 mins ago