My Things- Book Keeping by Hong Hao. Hong is a Chinese artist famed for his maximalist works

Foreword from the Editor: Minimalism is a popular artistic and cultural trend. Like the rise of Marie Kondo, it is one that comes and goes, much like denim jean shorts. Maximalism is a counter-reaction. Obviously, I work in media and I’m hyper aware of a world saturated by neon billboards, flashy adverts and live-streaming podcasts – I’m not averse to minimalism nor am I particularly perturbed by maximalism; all I urge is one reads this contributed piece with an open mind because embracing maximalism doesn’t mean succumbing to the “noise”, it could just as likely mean evolving to embrace the chaos of it and thriving in spite of it.

After the Great Recession and a decade of economic slowdown, high unemployment, and a decline in economic activity, the financial sector is finally thriving and the median household income is on the rise. Economic circumstances have a profound impact on our spending habits and apparel retailers have been struggling with the outcomes of the economic decline. For a decade, consumer confidence was down because of the bankruptcy or sale of standout financial institutions like Lehman Brothers and Washington Mutual, while luxury brands were gasping for air because they understood that their endurance depends on the continuity of financial institutions. According to Bain & Company, the luxury goods market dropped “10 percent in the U.S. and 8 percent worldwide in 2009” . But not only consumers felt the pressure of paying off mounting piles of bills. Big retailers were also struggling because of their own missteps and the challenging retail landscape. In the years that remain in history as the era of the Retail Apocalypse, companies like, J. Mendel (2018), Carven (2018), BCBG Max Azria (2017), Yohji Yamamoto (2009), Escada (2009), Christian Lacroix (2009), Gianfranco Ferre (2009) and Bill Blass (2008) went bankrupt, while J.Crew, J.C. Penney and Bloomingdale’s had to close stores. Yohji Yamamoto, the Japanese designer famed for his minimalist creations, succumbed to the global economic crisis and filed for bankruptcy protection in 2009

During the recession years, even top income consumers had to adapt their spending habits, and this commanded a critical decline in sales. As consumers were readjusting to the new situation, fashion houses followed suit by proposing more restraint, basic collections. In 2008, at the height of the Great Recession, Hope Greenberg, fashion director of Lucky magazine pointed out that “It doesn’t feel right to show things that are overly opulent or steeped in luxury, in light of everything going on in the world,”while for Miuccia Prada minimalism became an appealing option “because there has probably been too much obvious glamour and nakedness in fashion”. At the same time for Vogue’s Sally Singer things were clear. The world was going through troublesome moments and those were “very unstable times”. She said that “fashion designers are receptors; they have refined antennas, and it comes out on the runways”. Because of this, a sleek minimalist aesthetic became representative of that decade. Street style was less experimental, defined by a restricted color palette, where wardrobe basics like crisp white shirts and jeans became fashion staples. Luxury shoppers went for understated designs instead of displaying their wealth through excesses, ornamentation, and logos. 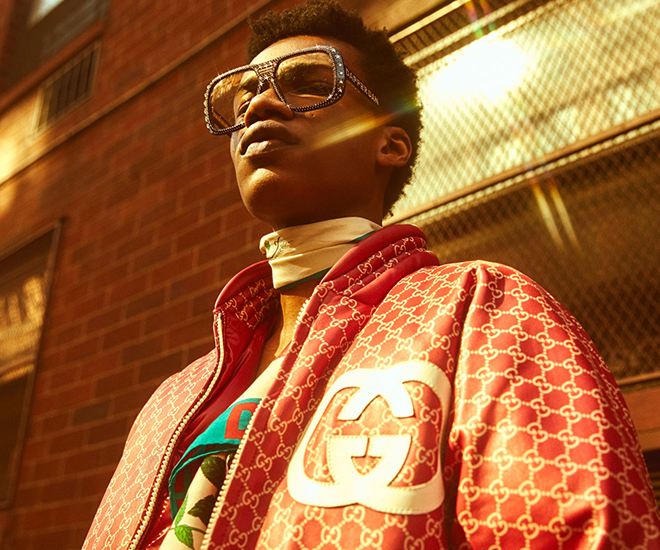 Are Gucci’s embrace of maximalism and subsequent resurgence correlated?

The Rise of Minimalism

It was the decade of Phoebe Philo at Celiné, the rise of Apple and their uncluttered stores, the return of the father of the ’90s minimalism Helmut Lang, and the ascent of designers which allured deliberate anonymity like Comme des Garcons and Jil Sander. But after a decade of restrictions and subtle elegance, fashion re-embraced frivolity, materialism, exuberance, rich colors and ornate designs. Thanks to transnational marriages, multi-ethnic nations, the strong economy, the newly elected US President and his maximalist ideology, and the rise of the new super- consumer in China, maximalism took over. This loud, colorful phenomenon took the international catwalks by storm. A joyful, eclectic trend, perfect for the “InstaAge” era, made the return of maximalism possible. Local designers like Johanna Ortiz, Monique Lhuillier, and Leal Daccarett were catapulted in the spotlight thanks to their heavy ornamented styles, a passion for ruffles and love for bold colors. Being discreet was no longer an option as the entire world was screaming with fervor for optimism and individuality. Millennial pink was trending everywhere while the fashion audience was embracing an inclusive philosophy. Anna Sui, Dolce & Gabbana, Peter Dundas, and Roberto Cavalli revived the more-is-more mantra and gave us an all embracing, flashy aesthetic. In the luxury world, the patron of the maximalist resurgence movement became Gucci’s creative director Alessandro Michele. His designs express individualism, extravagance, and eccentricity, and Kering revamped the brand under the Marco Bizzari- Alessandro Michele team. Due to the new model of leadership, Gucci became the top-selling brand in the Kering portfolio. According to Kering’s 2018 annual income statement, Gucci broke records by having an “exceptional growth up 36.9%” and revenues topping €8 billion. The Asia- Pacific region had a growth figure of 45.0%. On a whole, this shows that even if China’s economic slowdown is alarming to luxury houses, Kering group doesn’t lose momentum. Kering’s and Gucci’s success has much to do with its marketing to Chinese millennials and Gen Z consumers. The “Moonlight clans” (young Chinese consumers who spend their entire salary on luxury items) are notorious for their appetite for luxury products and Gucci’s new creative direction responds to their needs. Because of noteworthy technological advancements, and the use of social media platforms, this generation has embraced a more visual, sensory form of maximalism. These digital natives construct and express their fashion and social identity through elaborated outfits and they try to eclipse their peers by acquiring the latest apparel and accessories. Their continuous quest for novelty pushes them to consume fashion and trends at an unreasonable speed. Once they filled their wardrobe with the basics (e.g.: Louis Vuitton Neverfull, Chanel Boy Bag, and Hermès Birkin) they move towards new and fugacious pieces. This maximalist trend is rooted in China’s rise as an economic, military and political power. 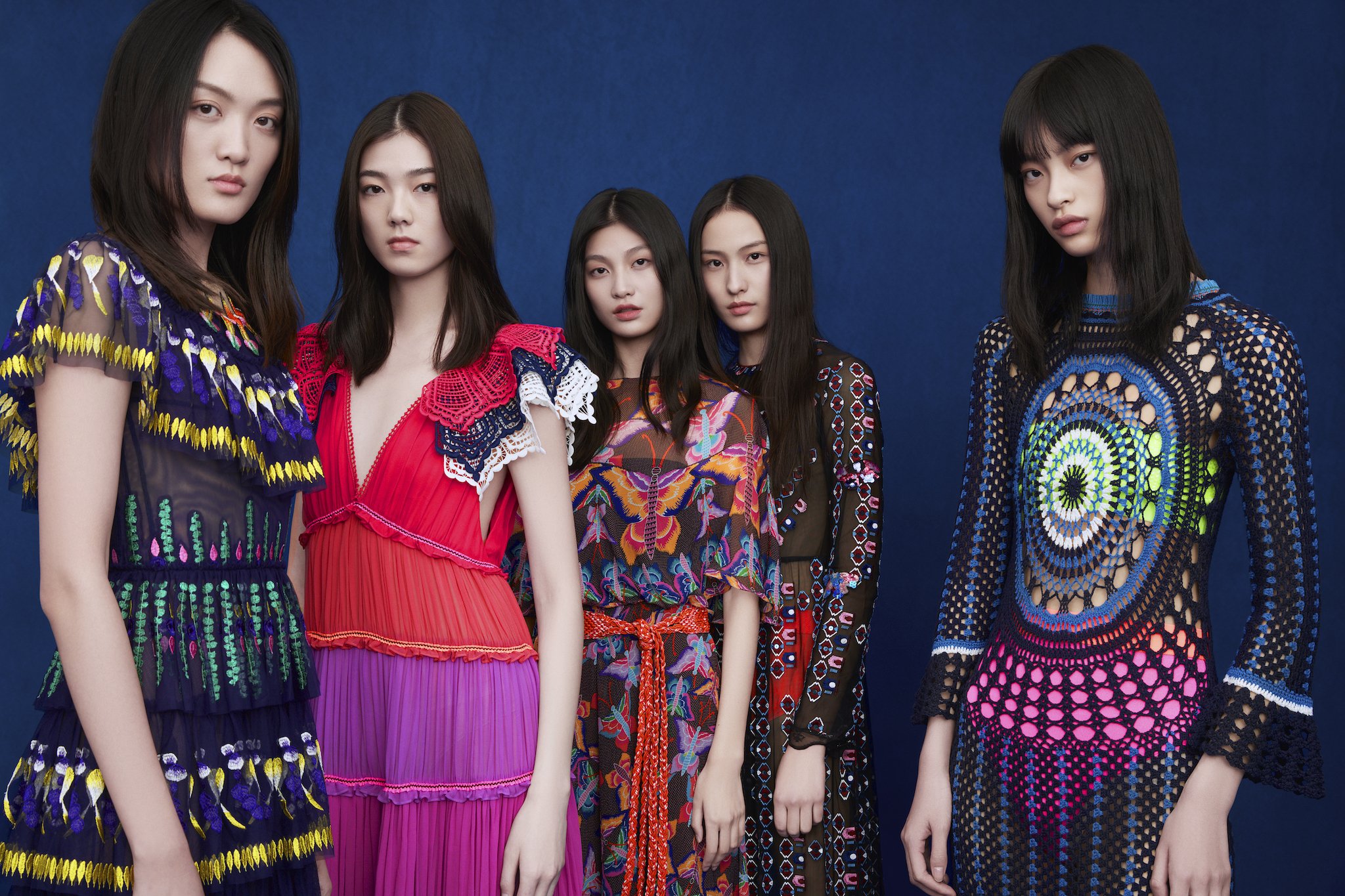 According to The Diplomat, China’s” new spirit of maximalism” is “fueled by Xi’s belief in a China reborn” being a deflection from “Deng Xiaoping’s admonition” to “keep a low profile” (taoguang yanghui, 韬光养晦)” ( ). As China rises to the status of a major global power, expanding its sphere of influence, Chinese consumers turn nationalistic and proud of their cultural roots. “The made in China” label is no longer uncool or synonym of low- quality, cheap products. Cultural symbols, expressive prints (dragons) and strong colors (red and yellow) which symbolize the specific identity of the Chinese consumer become contemporary fashion statements. This boldness and exuberance is translated also in fashion where instead of underrated messages, designers propose avant-garde, eclectic designs. China’s tech-savvy and innovative DNA is also fueling experimentation. In 2017 Chinese company PEAK Sport introduced the world’s first 3D- printed basketball boot and by using cloud computing, robotics and cutting- edge technologies, local manufacturers have upgraded their digital manufacturing capabilities. Besides, there’s the “Made in China 2025” (MiC2025) plan with its ambitious blueprint. From AI to the 3- D printing technology, the country’s manufacturing sector will be revolutionized by the use of high-end computerized machines and robots. This game changing plan has the potential to disrupt the luxury sector and China understands too well its competitive advantage. In addition to this, foreign-owned enterprises with a far-reaching potential hint at China’s capabilities as they bring their innovative products and services to the Asian market. For example, Allbirds Inc- the Californian sneaker startup that took Silicon Valley by storm is opening the first stores in China and is partnering with Alibaba to sell shoes on the Tmall platform. According to Tim Brown, Co-founder and Co- CEO of Allbirds, the company is eager to bring the “design sensibility and premium natural material innovation to China”. Allbirds is one of the foreign startups who’s hoping to make a mark in China. These nuances have left a mark on the Chinese retail industry, shifting the artistic approach towards maximalism. Furthermore, the desire for emotion, connectivity, and exhilaration have pushed the Chinese fashion in an age of opulence and sensory overload. These nuances have left a mark on the Chinese retail industry, shifting the artistic approach back towards maximalism. Furthermore, the desire for emotion, connectivity, and exhilaration has pushed Chinese fashion into an age of opulence and sensory overload. Particle Fever, Vivienne Tam and Christine Lau rejected simplicity in favor of a melange of eccentric and audacious elements. Particle Fever is a luxury athleisure brand that is contemporary because of its trendy approach to comfort and style. The colorful designs are a perfect fit for the Chinese girls who like the “model off-duty” look. The bold prints and powerful colors represent a celebration of maximalism, being the ideal choice for those who opt for activewear instead of old- school glamour. Guangzhou native, Vivienne Tam is the Queen of self- expression and distinctiveness. For Tam the “more is more” mantra fits like a glove, and she embraces graphics and strong hues with an easiness that made Vogue assert that The Color of Love Collection was “a cheerful explosion of print and color”. Christine Lau is all about the unconventional prints and funky designs. Her garments are sassy and fashionable, very much in line with the Manga aesthetic.

As homegrown designers become less restrictive and more experimental, they bolster a maximalist mantra appealing to the young Chinese consumers. On the other hand, the young consumers reflect this current in the street- style trends that become more visionary and over-the-top. The symbiotic relationship between street style stars and local designers has contributed to the streetwear crossover and the revival of flashy logos. Given these circumstances, it’s no surprise that Chinese millennials left the days of lowkey minimalism in the past.